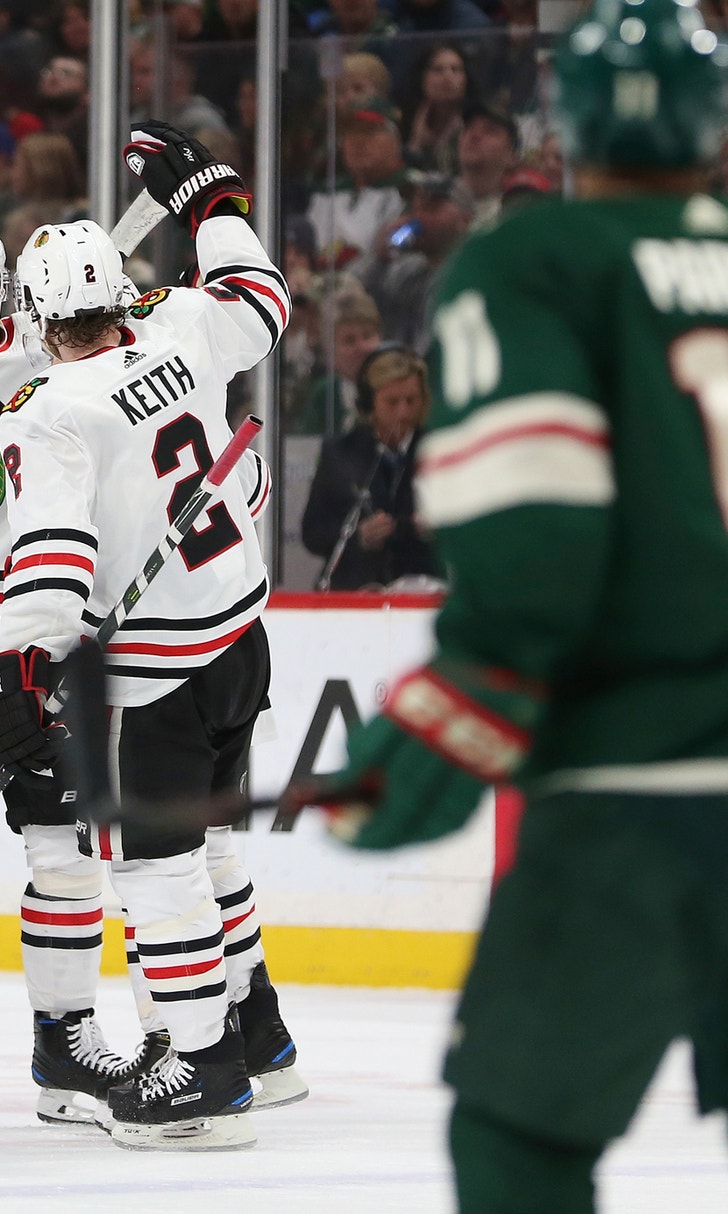 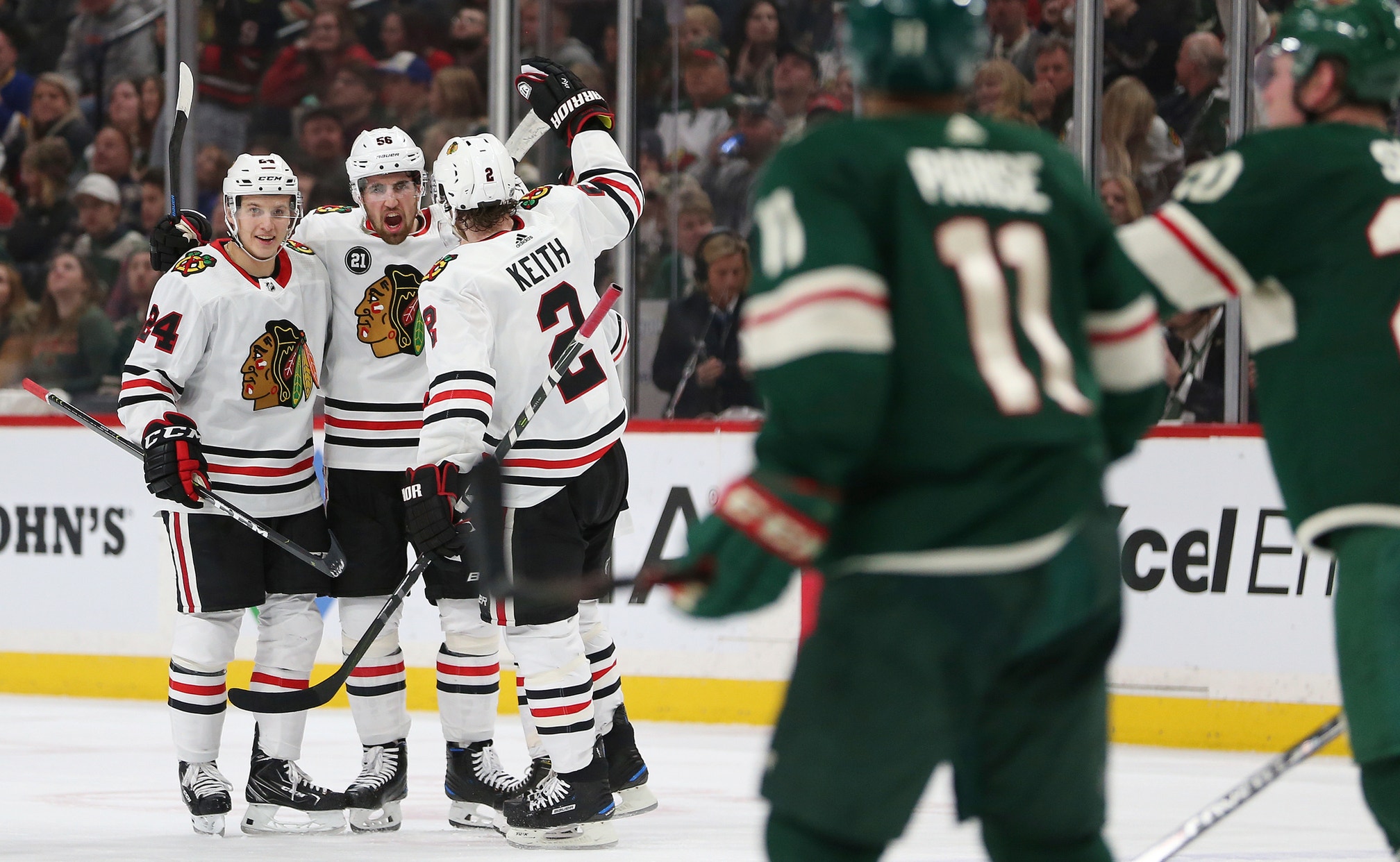 ST. PAUL, Minn. (AP) — Chicago Blackhawks defenseman Erik Gustafsson felt he was passing too much and not unleashing his big shot from the point.

Gustafsson scored his second goal of the game 1:19 into overtime to give the Blackhawks a 4-3 win over the Minnesota Wild.

"I think I had an option before I shot the puck and I pass it a little too much, but it was great to see it go in there," Gustafsson said.

Alex DeBrincat and Jonathan Toews also scored for Chicago, and Patrick Kane had an assist to extend his point streak to 11 games. Rookie goalie Connor Delia made 28 saves to help the Blackhawks win their fourth straight.

"We put ourselves in a spot where it's time to go on a run," Toews said. "We've got confidence, we went into the break playing and feeling well, we're coming out of the break, same thing. We've been saying in our locker room that we've got to go in every single night playing for two points."

Jason Zucker opened the scoring for Minnesota, while Mikko Koivu and Victor Rask each had tying goals in the third to push the game to overtime. Alex Stalock stopped 27 shots for the Wild.

With 19 seconds left in regulation, Minnesota defenseman Ryan Suter sent a puck into the stands from his defensive end, giving Chicago a power play that continued into the extra session.

Gustafsson ended it with a slap shot from the slot for his 10th goal of the season.

"It sucks that it kind of had to end like that," Suter said. "I made a bad play. But we played a solid game and that's how we have to play, and we're going to win a lot of games."

Gustafsson had gone 15 games without a goal but entered the game with three goals and 16 assists in his previous 20 games. The 19 points were tied for fourth among all NHL defensemen since Dec. 9.

Zucker had the lone goal of the first period with his 14th of the season. He has three goals against Chicago this season and three power-play goals in the last 10 games.

DeBrincat kept his impressive run going in the second to get the Blackhawks on the board at 7:51. The second-year forward has 26 goals this season, including 15 in his past 22 games. He scored 28 while playing every game as a rookie last season.

Koivu and Rask brought Minnesota back twice in the third. Koivu scored his eighth goal at 8:11, but

Toews answered with 4:35 remaining, redirecting a nifty pass on a power play from Kane, who has nine goals and 17 assists during his point streak.

"We came out in the third period and we pushed, and when we got that goal, I thought things were going to be really good," Wild coach Bruce Boudreau said. "Jonathan Toews, this isn't the first time he's done this to this organization. You could see why him and Kane are making $10.5 million. They're superstars."

Rask tied the game at 3 with less than 3 minutes remaining with his first goal in five games for Minnesota after being acquired from Carolina for Nino Niederreiter.

NOTES: Minnesota scratched F Pontus Aberg with a lower-body injury sustained in Friday's loss at Dallas. D Anthony Bitetto and D Nate Prosser were also scratched. Bitetto hasn't played in the two games since being claimed off waivers from Nashville on Jan. 25. ... Chicago scratched Chris Kunitz and Brendan Perlini was in the lineup after being scratched three straight games. ... Play was halted in the second period when a pane of glass came loose following a big hit from Wild F Marcus Foligno on Blackhawks D Connor Murphy. ... Perlini had his first career penalty shot in the first after being hooked on a breakaway, but Stalock made the save. ... Minnesota is 12-7-1 in the last 20 games against playoff nemesis Chicago, but the Blackhawks won the final three games of the four-game season set.

Blackhawks: At Edmonton on Tuesday night.

Wild: At Buffalo on Tuesday night.