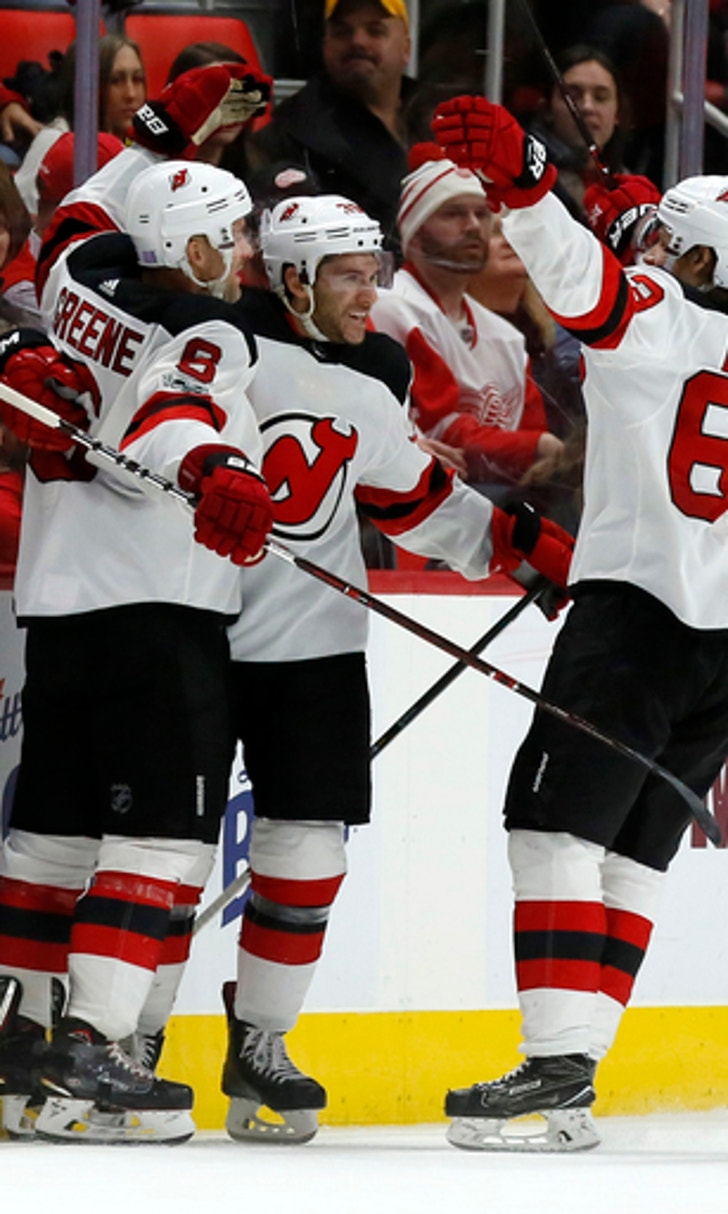 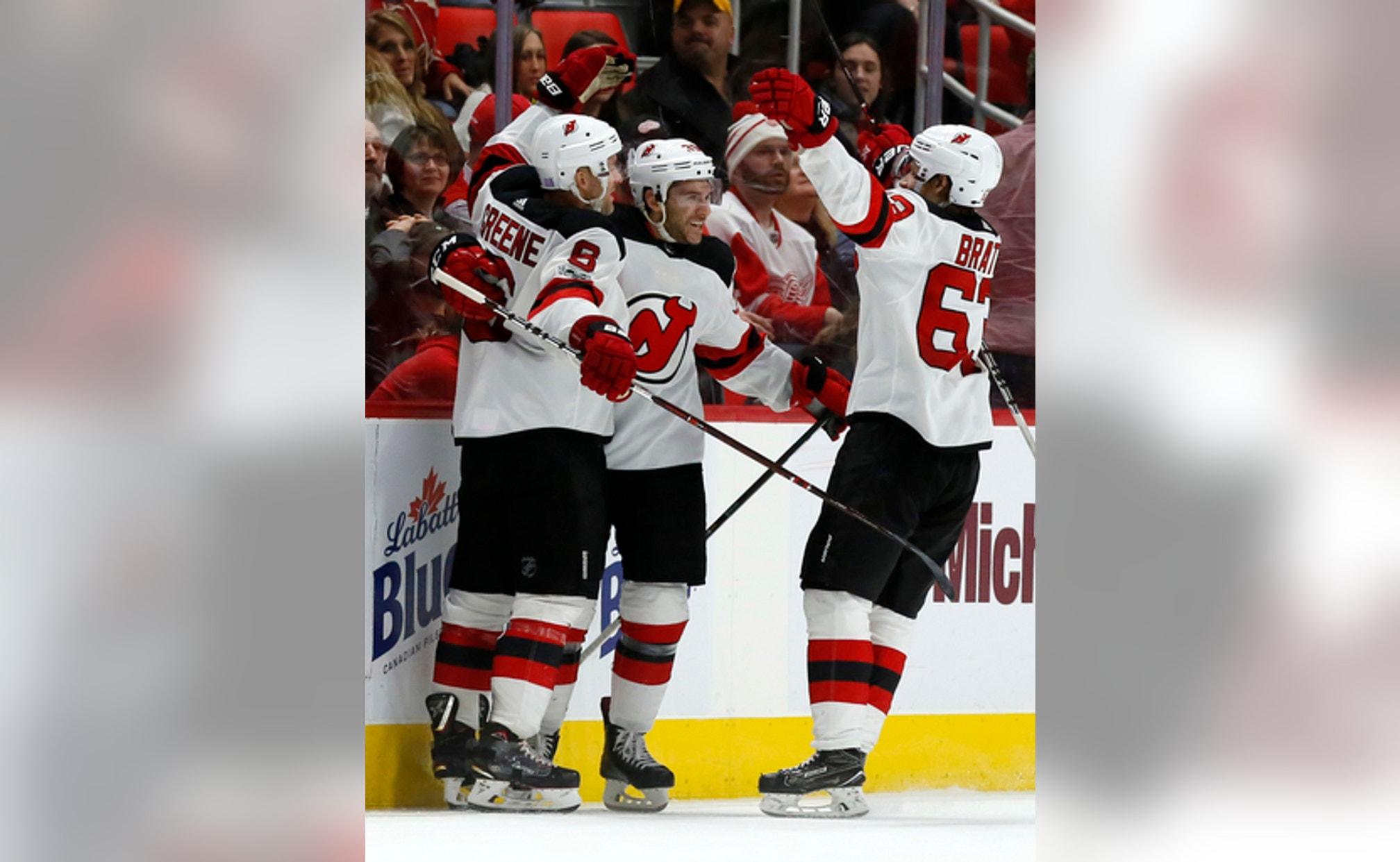 DETROIT (AP) When Brian Gibbons put the puck past Jimmy Howard in overtime, the New Jersey Devils didn't have to worry about that two-goal lead they had let slip away.

''We're a resilient group, and we were able to gather ourselves up after we gave up the two goals,'' New Jersey's Travis Zajac said. ''We got it together in the last 5 minutes of regulation, and by overtime, we were playing our game again.''

Gibbons scored with 2:28 remaining in the extra session to give the Devils a 4-3 victory over the Detroit Red Wings on Saturday night. New Jersey squandered a 3-1 lead in the third period but still came away with the win and moved past Columbus into first place in the Metropolitan Division.

Gibbons was able to get his stick on a pass by Red Wings defenseman Nick Jensen and took control of the puck in front of the Detroit net. He beat Howard for the game-winner, his 11th goal of the season.

''We showed a lot of character tonight,'' Devils goalie Keith Kinkaid said. ''We bent a little, but we didn't break.''

David Booth scored twice for the Red Wings and Anthony Mantha started Detroit's third-period rally with his 11th goal of the season. Brian Boyle and Taylor Hall scored in the first period for New Jersey, and Nico Hischier added a goal in the third.

Booth opened the scoring 34 seconds into the game, deflecting a shot from the point past Kinkaid for his first goal of the season, but Detroit's early lead didn't last long. Boyle redirected the puck from just to the right of the slot, and with goalie Petr Mrazek having slid out of position, it went in.

Hall scored on the power play later in the first when he shook free with the puck at the top of the slot and beat Mrazek with a wrist shot for his eighth goal of the season.

New Jersey had a goal disallowed early in the third when Adam Henrique was called for goaltender interference. Replays showed Detroit defenseman Jonathan Ericsson may have knocked Henrique into Mrazek, who was shaken up but remained in the game.

The Devils killed off the ensuing power play and took a two-goal lead on Hischier's goal, and Howard replaced Mrazek in net after that because of the concussion protocol. Detroit coach Jeff Blashill said he would need to review the process for getting word from the spotter that his player needed to come out of the game. Mrazek had played another 2:16 after the collision with Henrique.

''I've seen it a couple different ways. I've seen where they call to the box and they blow the horn. This one came to our trainer and that's a real weird kind of spot to put our trainer in, to be honest with you,'' Blashill said. ''(Trainer) Piet Van Zant comes to me, obviously a ways after the collision, and says, `He's got to come out.' We were trying to get the ref's attention and we couldn't get the ref's attention. It was actually the whistle before the play that he ended up getting scored on. Then that play continued, he got scored on and now he's got to come out.''

Mantha beat Kinkaid with a wrist shot to the glove side, and the Red Wings tied it when Henrik Zetterberg's shot bounced off a New Jersey player into the path of Booth, who was coming in alone down the middle. His second goal of the night made it 3-3 with 11:44 remaining in regulation.