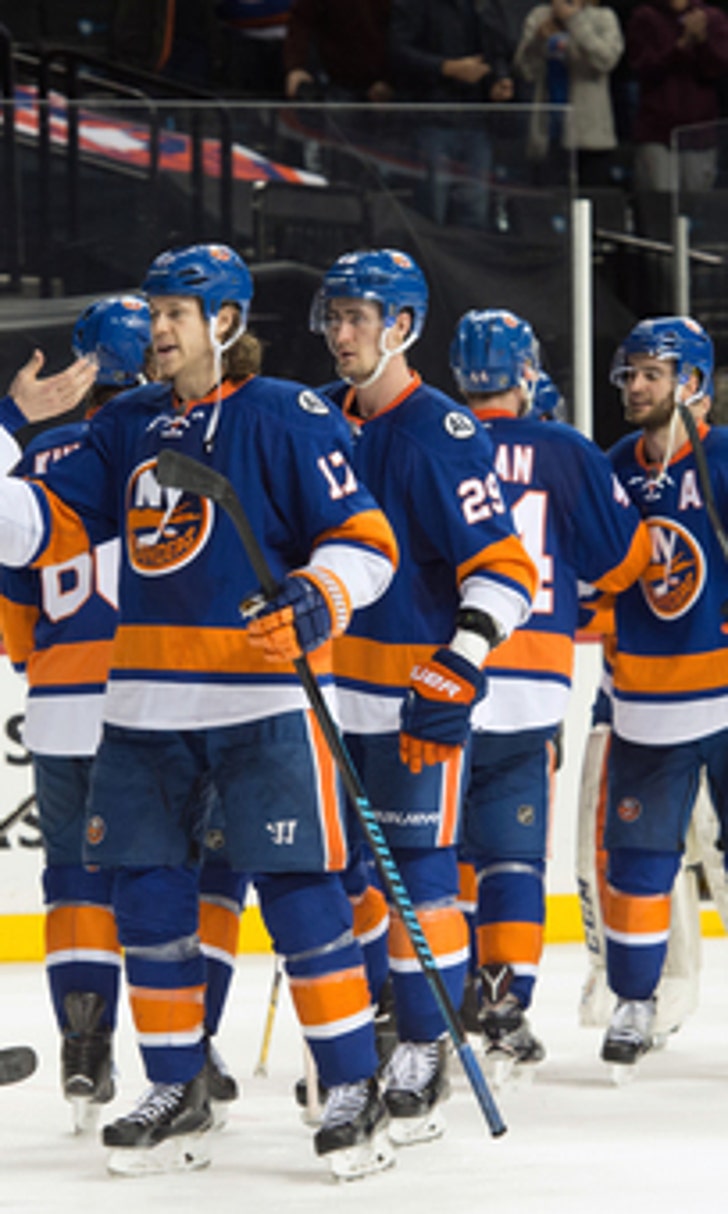 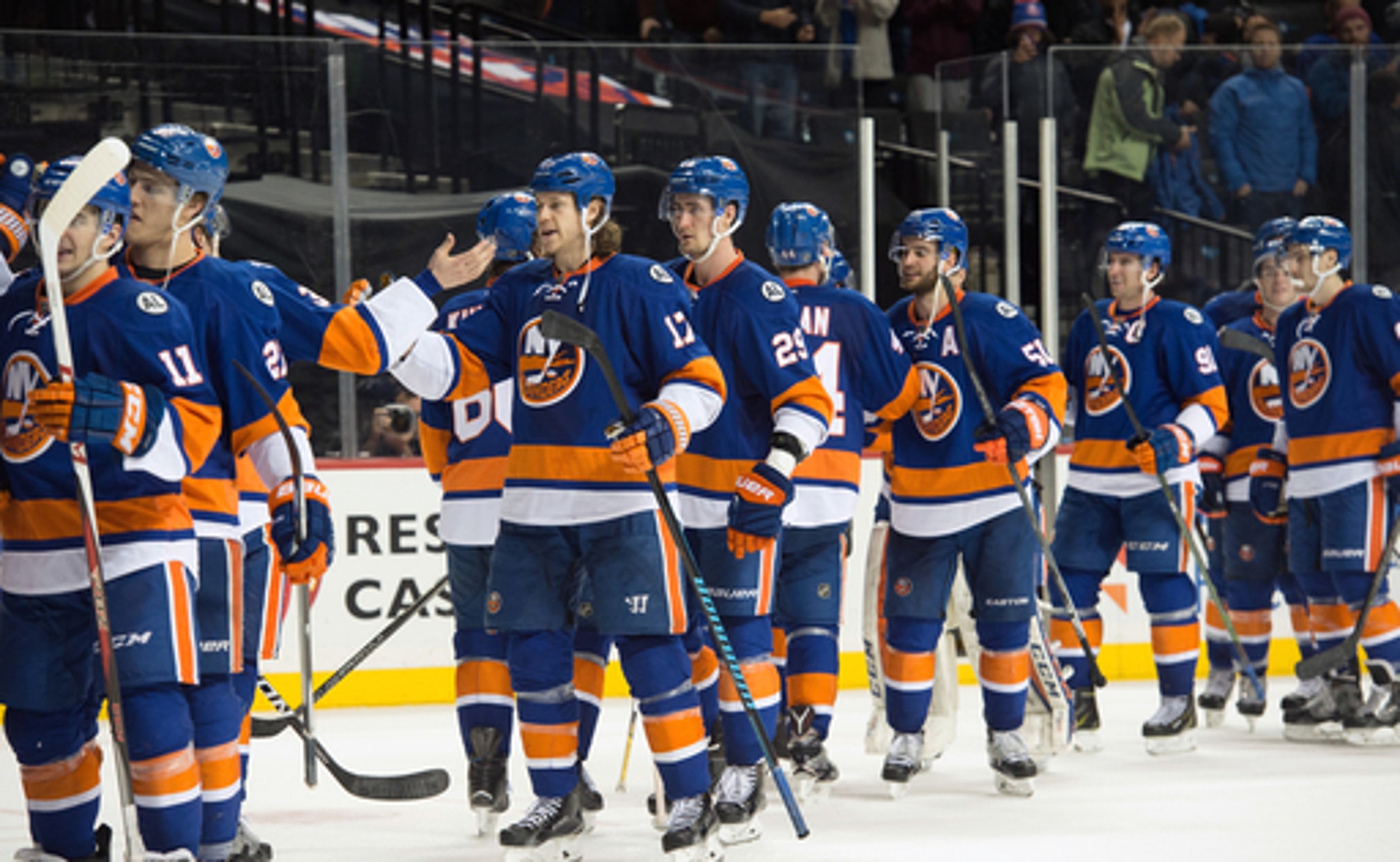 NEW YORK (AP) For 40 minutes, Jack Capuano stood behind the bench and seethed at his team's performance.

So, the New York Islanders' coach decided he wasn't going to go into the dressing room after the second period.

''Let the guys handle it,'' Capuano said, shortly after Cal Clutterbuck scored the tiebreaking goal with 1:39 remaining to cap New York's three-goal third period, lifting the Islanders to a 3-2 victory over the Florida Panthers on Monday night.

Kyle Okposo and Josh Bailey scored earlier in the third as the Islanders scored all their goals in a 5 1/2-minute stretch after trailing 2-0 heading to the final period. Thomas Greiss finished with 23 saves as the Islanders snapped a two-game skid and pulled one point behind the crosstown-rival Rangers for second place in the Metropolitan Division.

''It was a huge win for us,'' Okposo said. ''Everyone around us is getting points every night. We are fighting for home ice and fighting to get into the playoffs, so every win is big.''

New York also increased its lead to four points over Pittsburgh - fourth in the division and holding the Eastern Conference's top wild-card spot. The Islanders visit the Penguins on Tuesday night.

While the Islanders were celebrating the come-from-behind win, Florida was trying to come to terms with what took place in the third period.

The Panthers fell to 38-22-9 with the loss, and dropped to third place in the Atlantic Division.

''You lose a game like that (and) you're going to be (upset),'' said Gerard Gallant.

Aleksander Barkov had a goal and an assist, Nick Bjugstad added a goal, and Jonathan Huberdeau had two assists for the Panthers. Roberto Luongo stopped 25 shots.

''I've been lucky this year,'' Clutterbuck said. ''I just try and get pucks on net and create chaos. Those (are) the kind of (plays) where the pucks (wind) up in the back of the net.

Florida had an 11-5 advantage on shots in the first period, with Barkov tapping Alex Petrovich's diagonal cross-ice feed past Greiss for his 22nd goal with 4:49 to go.

Bjugstad made it 2-0 with a power-play goal as he one-timed a pass from Barkov 8:03 into the second period for his 11th of the season.

''Greiss was great,'' Bailey said. ''In those situations you just want your goalie to hang on for your. He did that and kept us in the game.''

The Panthers finished the game 1 for 2 on the man advantage, and they killed both New York power plays.

While the Panthers spent much of the first two periods playing in New York's end of the ice, the Islanders did not make Luongo expend much energy. Loungo only had to make 11 saves in the first 40 minutes, and his toughest stops came early in the third period as he stonewalled Brock Nelson and Shane Prince.

Later in the period, Luongo stopped Anders Lee at the goalmouth.

New York finished with a 28-25 advantage on shots.

''In the third, we played to our identity,'' Capuano said. ''We were fortunate to get some bounces and we got two points.''

NOTES: Prior to the game, Vincent Trocheck was named the NHL's Second Star of the Week. During the week of March 7-13, Trocheck had one goal and five assists in three games. In that stretch, the Panthers were 2-0-1. ... The Islanders announced F Mikhail Grabovski has been activated from the injured reserve. He missed eight games with an upper body injury but did not dress for this game. ... Calvin de Haas returned to the Islanders' lineup after missing four games with a lower body injury. ... Florida scratched Steven Kampfer, Derek MacKenzie and Teddy Purcell. ... The Islanders scratched Steve Bernier, Eric Boulton, Brian Strait and Marek Zidlicky. ... The announced attendance was 14,106.