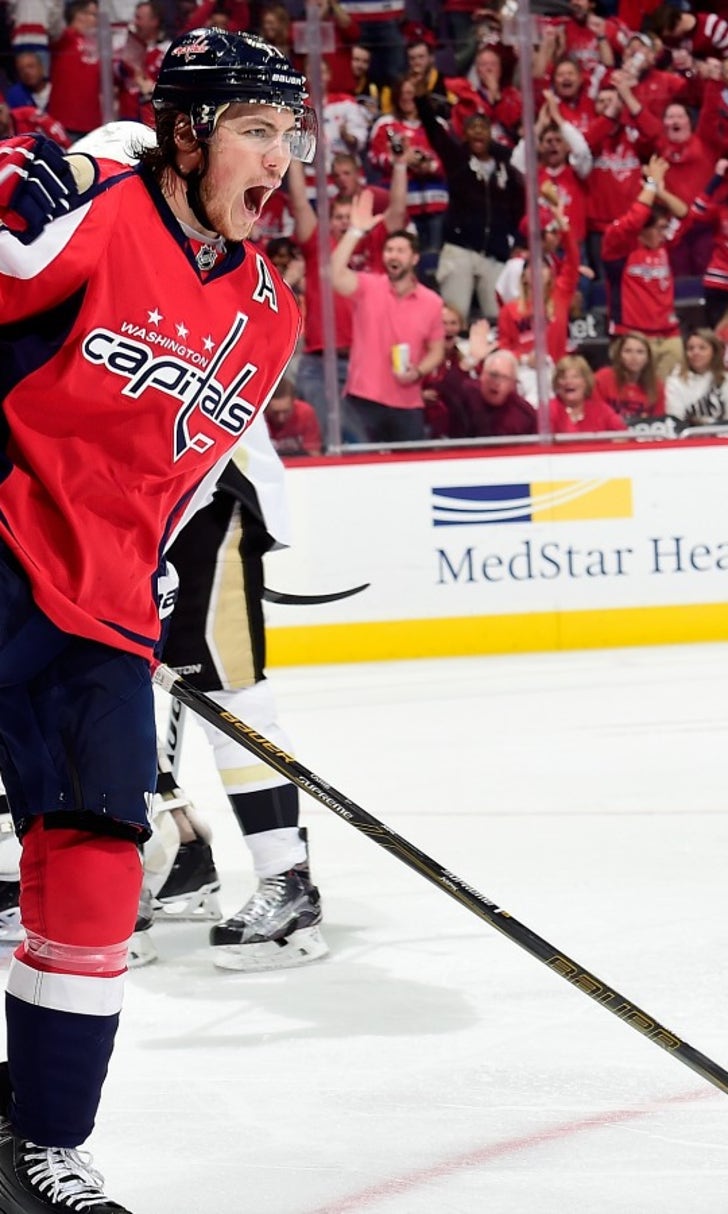 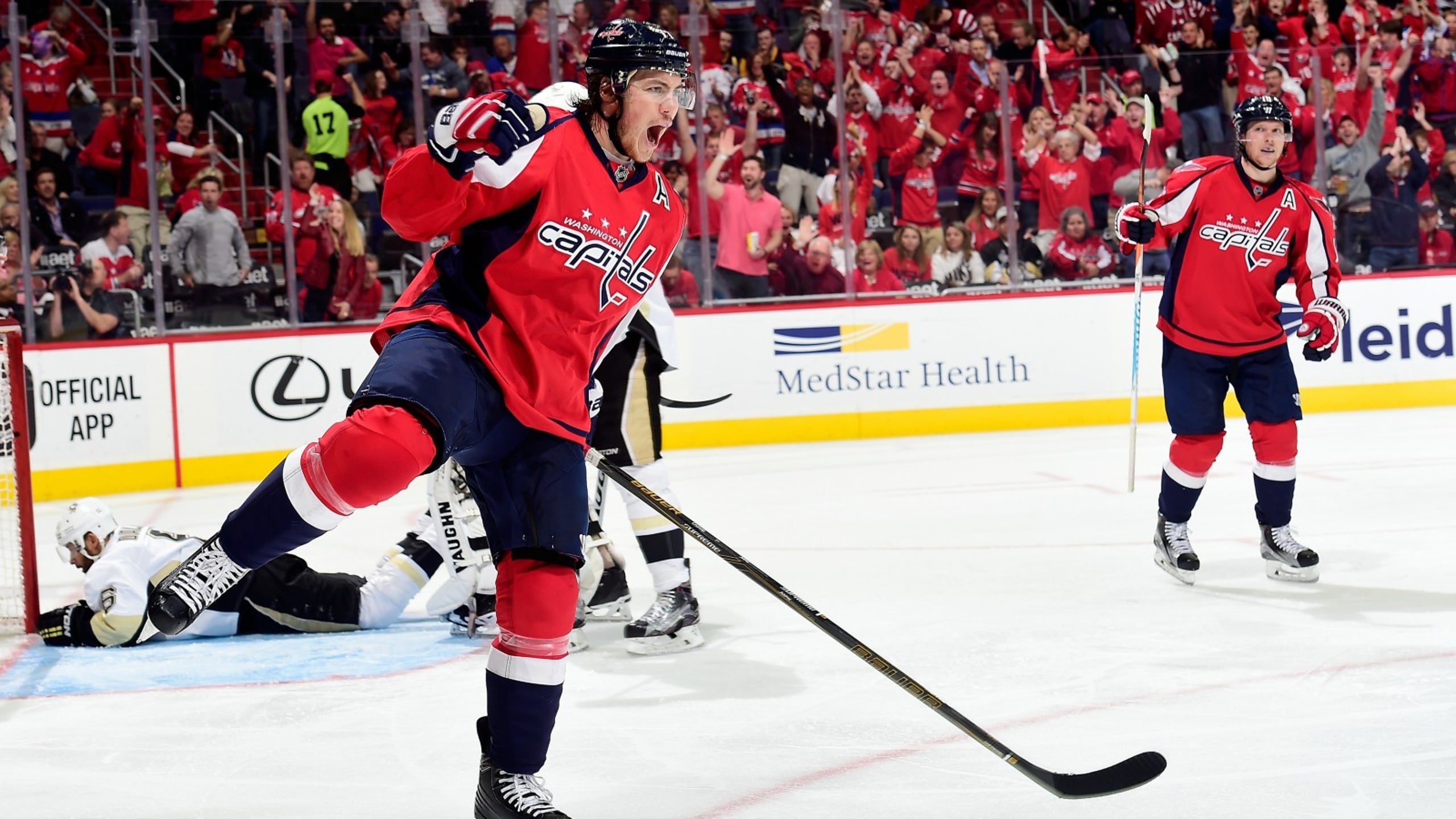 Capitals stay alive, force a Game 6 against the Penguins 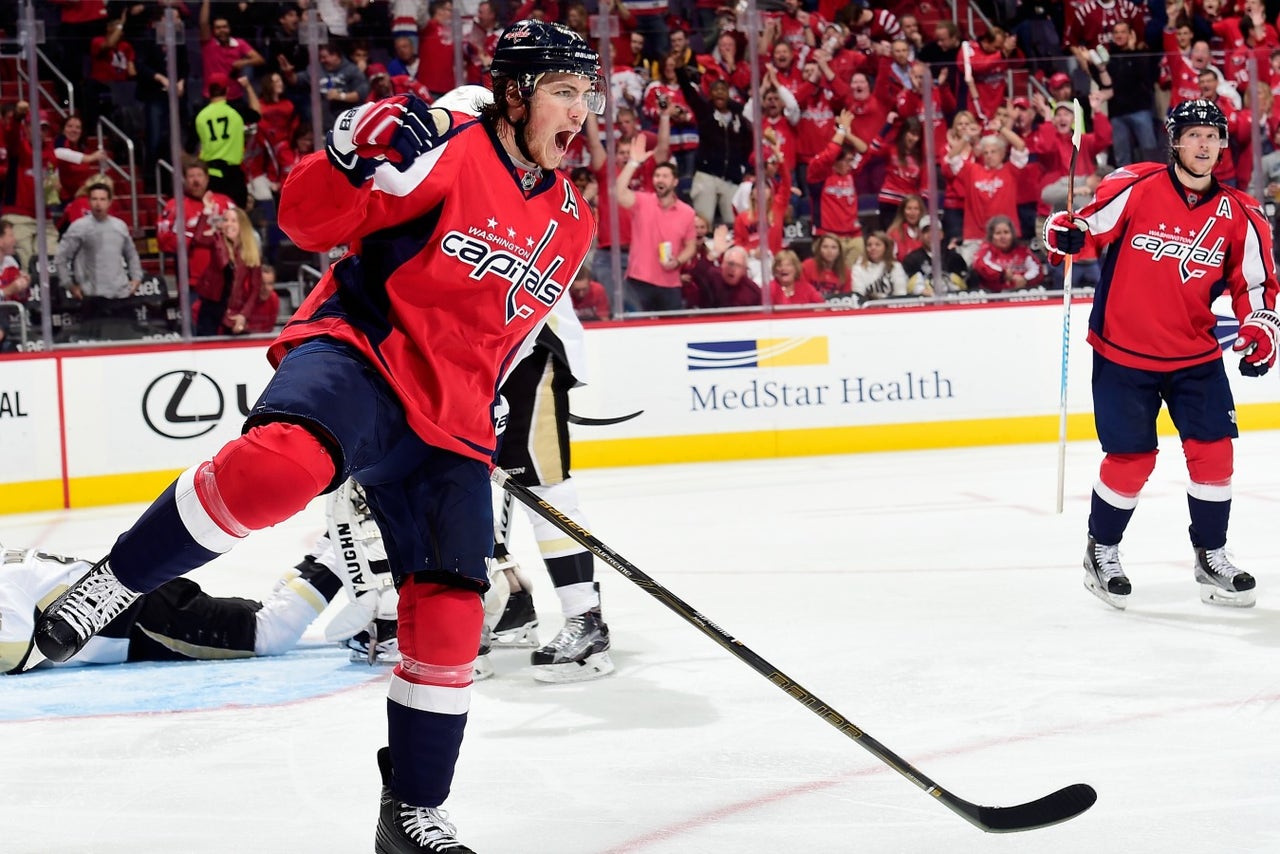 WASHINGTON -- Alex Ovechkin's teammates watched him turn his game up to a whole new level. Then the Washington Capitals followed him all the way to Game 6.

With Ovechkin leading the way, the Capitals beat the Pittsburgh Penguins 3-1 on Saturday night in Game 5 to keep their season alive. Ovechkin scored a power-play goal and assisted on T.J. Oshie's and was a force all over the ice with his team on the verge of yet another early playoff exit.

"He's our leader. We look up to him," Oshie said. "When you see a guy like him that can beat you in so many different ways come out and bring that type of energy, you'd better get on board or just stay on the bench."

Behind Ovechkin's two-point game, goals by Oshie and Justin Williams and 30 saves by Braden Holtby, Washington cut its deficit to 3-2 to force Game 6 on Tuesday night in Pittsburgh.

Ovechkin looked like a man determined not to let the Capitals go quietly into the offseason. Washington's captain was quietly confident and said the belief never wavered inside the locker room.

"We didn't want to give up," Ovechkin said. "When we have pressure, it's kind of our time. The guys responded well."

Ovechkin keyed that response, scoring 4:04 in to snap the Capitals out of a power-play drought that threatened to cost them the series. He also had the big shot that rebounded off Murray and to Oshie for his power-play goal in the second period.

The power play, which was 1 for 12 in the first four games, did enough to offset Pittsburgh's first power-play goal of the series, scored by Chris Kunitz in the first period. Williams added an insurance goal to wake from his postseason slumber, and Holtby did the rest. 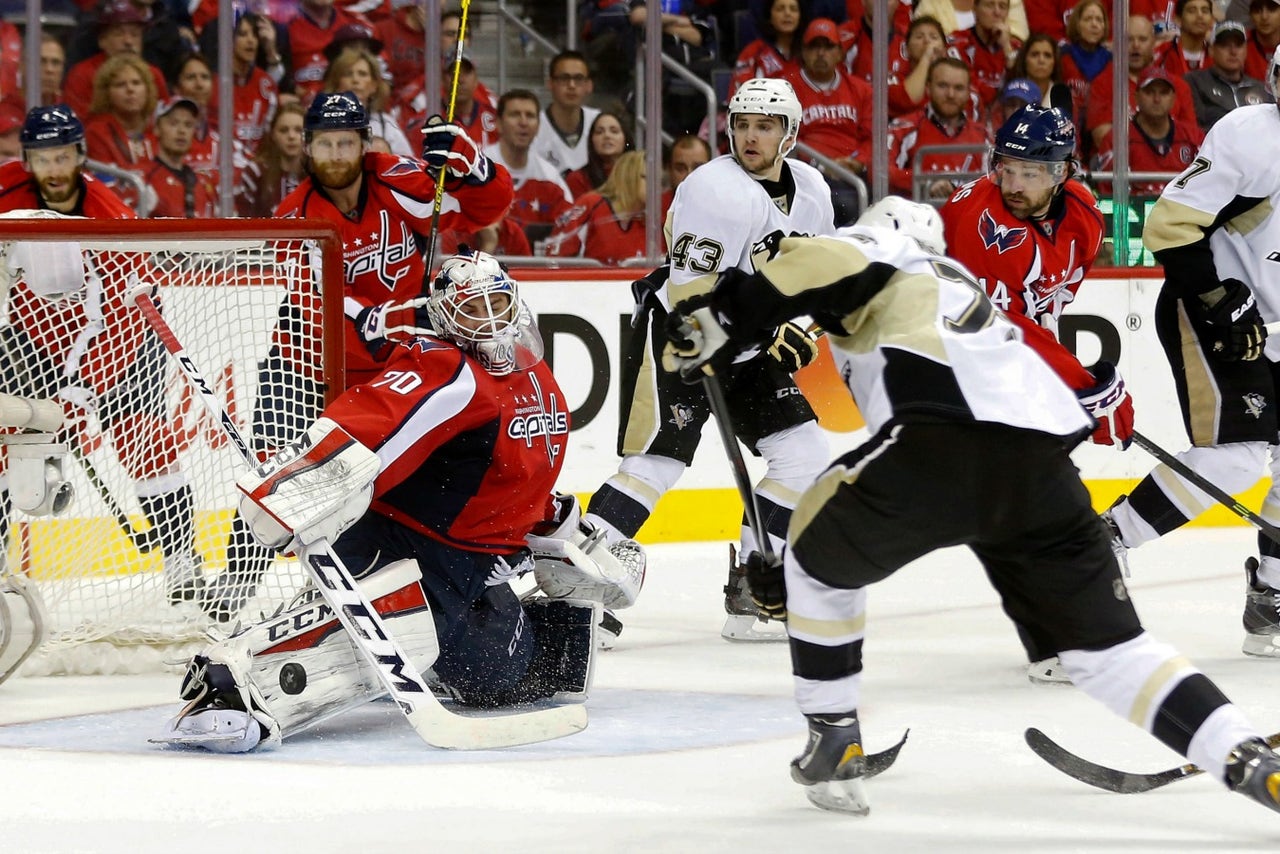 Turning in a brilliant performance worthy of his status as a Vezina Trophy finalist, Holtby was stellar and at his best when he stopped three in a less than minute on Evgeni Malkin, Patric Hornqvist and Justin Schultz.

"That's why he's the best goalie in the league," Ovechkin said.

That succession of saves by body, pads and glove late in the second period drew a standing ovation and chants of "Holtby! Holtby!" from the sellout crowd at Verizon Center hoping it wasn't seeing its final game of the season.

Holtby wasn't happy with his play in Game 4 on Wednesday night and more than redeemed himself as the Penguins outshot the Capitals 31-19.

"I wanted to make a difference for our team, show that I would rebound just like all of us," Holtby said. "Some nights you can make those saves."

Penguins goalie Matt Murray wasn't at his sharpest, allowing three goals on 19 shots and looking like a rookie for the first time in the Stanley Cup playoffs.

Murray was also victimized on a brutal turnover by defenseman Brian Dumoulin that led to Williams' second-period goal. Pittsburgh coach Mike Sullivan said of Dumoulin's costly giveaway, "I'm sure he'd like to have that one back."

Despite breaking their 0 for 14 power-play spell in the series, the Penguins couldn't close out the Capitals in five games like they did the New York Rangers in the first round. Six penalties had them lamenting a missed opportunity.

"We can't give their power play as many opportunities as we did," Crosby said. "We haven't taken a lot of penalties all playoffs long, and now isn't the time to start."

The Capitals will take all the power-play chances they can get after finishing fifth in the NHL in that department during the regular season. After the power play got clicking, there's now no shortage of belief that they can erase a 3-1 deficit for the first time since 2009.

Coach Barry Trotz told his assistant coaches before the game: "We're winning tonight, there's no question." Trotz was then eager to try to shelve this victory and put the focus on Game 6.

His players are already thinking that way after fending off elimination.

"We stopped it once, now we need to do it twice more," Williams said.

NOTES: Washington had killed off 37 of 38 in the playoffs before Kunitz's goal. ... D Nate Schmidt returned to the Capitals' lineup after being a healthy scratch in Game 4. Schmidt replaced Mike Weber. ... The Capitals will get D Brooks Orpik back for Game 6 after a three-game suspension for a late hit to the head of Pittsburgh's Olli Maatta, who remains out.