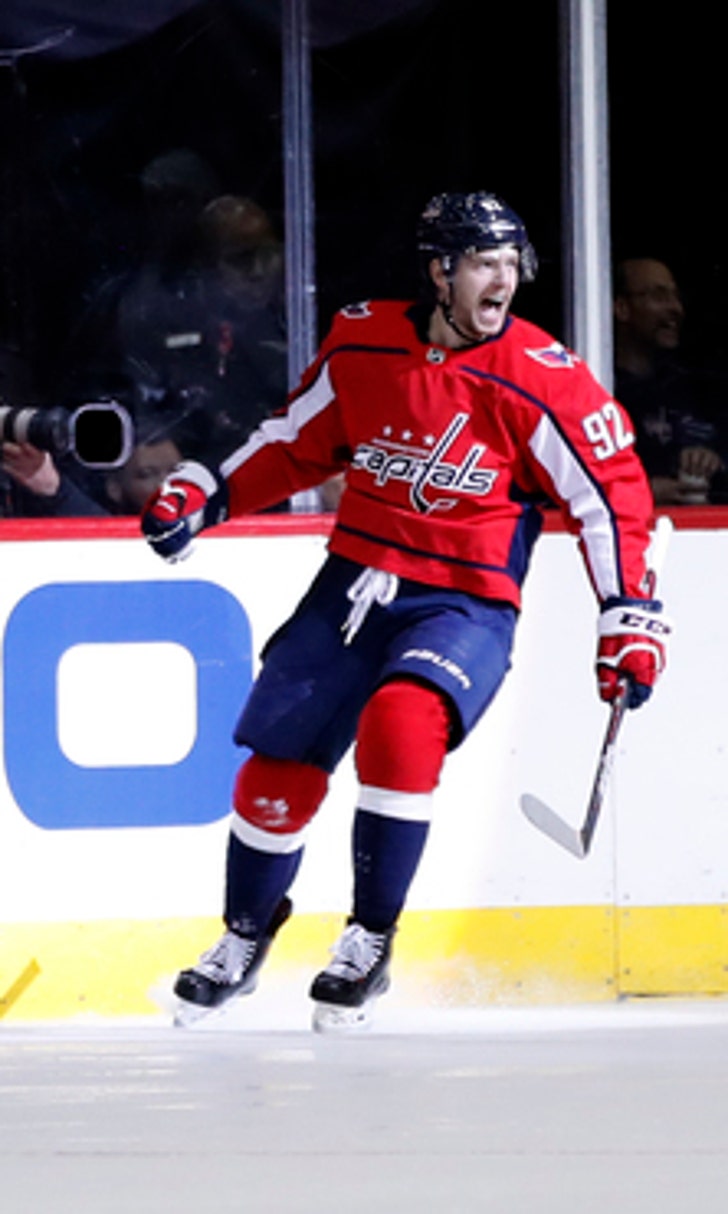 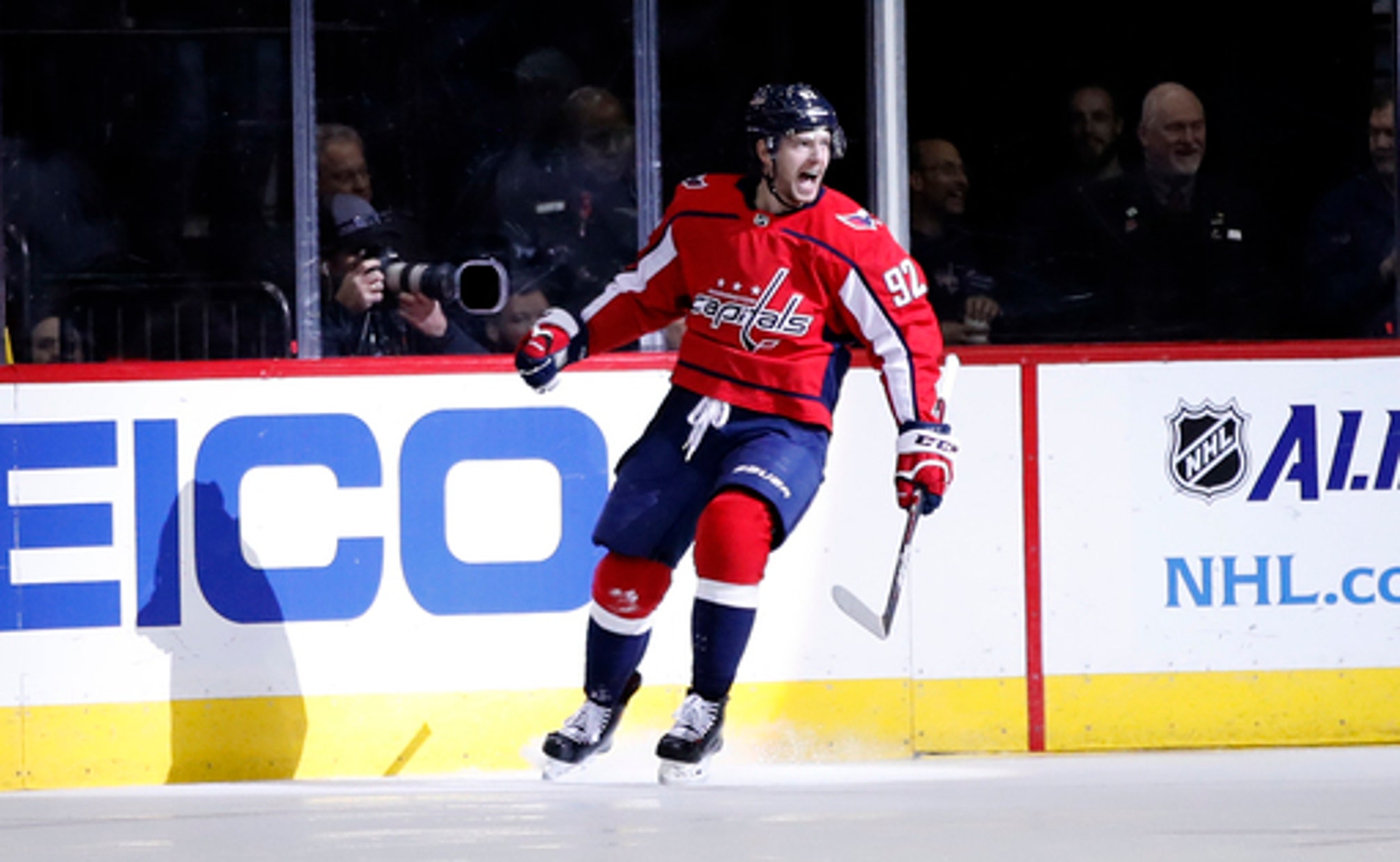 Backup goaltender Philipp Grubauer stopped 37 of 38 shots in his third win of the season. It was Washington's NHL-best 10th straight home win.

Daniel Sedin scored and Jacob Markstrom made 33 saves for the Canucks, who have lost five in a row. Vancouver has gone 2-11-2 in its past 15 games to go from third in the Pacific Division to 14th in the 15-team Western Conference.

Kuznetsov made it 3-1 in the second when he batted the puck out of the air on his own rebound with help from Canucks defenseman Erik Gudbranson, who accidentally gloved it into his own net. Markstrom did his best to keep his team in the game while the Caps outshot Vancouver 18-4 in the second period, and Grubauer was up to the task in the third with 20 saves.

OTTAWA, Ontario (AP) - Patrick Kane had a goal and four assists for a career-high five points, powering Chicago to the road win.

Nick Schmaltz and Jonathan Toews each scored two goals for the Blackhawks, and Anton Forsberg made 25 saves. Toews has five goals and four assists during a five-game point streak.

Tampa Bay also got a goal from Victor Hedman, and Brayden Point had three assists. Andrei Vasilevskiy made 28 saves.

Dotchin made it 4-3 with his first goal in 14 games at 9:27 of the third. Johnson then completed his third regular-season hat trick when he stole the puck from Noah Hanifin and scored from just outside the crease at 14:54.

The Panthers rallied from 2-0 and 3-2 deficits. Jonathan Huberdeau and Aleksander Barkov each had a goal and two assists, and James Reimer stopped 26 shots in his 15th straight start.

St. Louis has lost three straight against Florida at Scottrade Center. Vladimir Tarasenko and Paul Stastny each had a goal and an assist for the Blues, and Colton Parayko and Tage Thompson also scored.

Patrik Laine and Dustin Byfuglien also scored for the Jets in the opener of a three-game trip. Joel Armia added an empty-netter.

Blake Wheeler had two assists to extend his point streak to seven games. The Central Division-leading Jets are 6-0-1 during that stretch.

Jack Eichel had two goals and an assist and Ryan O'Reilly had a goal and two assists for the Sabres, who have dropped five in a row.

NASHVILLE, Tenn. (AP) - Viktor Arvidsson had a goal and an assist, helping Nashville to its 11th consecutive win against Edmonton.

Craig Smith also scored for the Predators, and Pekka Rinne made 25 saves.

The free-falling Oilers have lost seven of eight. Connor McDavid scored, and Cam Talbot had 22 stops.

Edmonton appeared to tie the game with 5:04 left when Mark Letestu found a loose puck in front of Rinne and swatted it in through traffic. Nashville challenged the goal and a video review determined that the play was offside.

Micheal Ferland and Sean Monahan each had a goal and an assist and Johnny Gaudreau added three assists in the opener of a four-game trip for the Flames. Mike Smith made 33 saves.

Mikael Granlund and Jared Spurgeon scored for Minnesota, which lost for just the third time in its last 14 home games - two of which were in overtime.

After Smith stopped Ryan Suter on a breakaway, Gaudreau outraced Jason Zucker to the puck going the other way. Gaudreau waited and fed Hamilton for a one-timer.