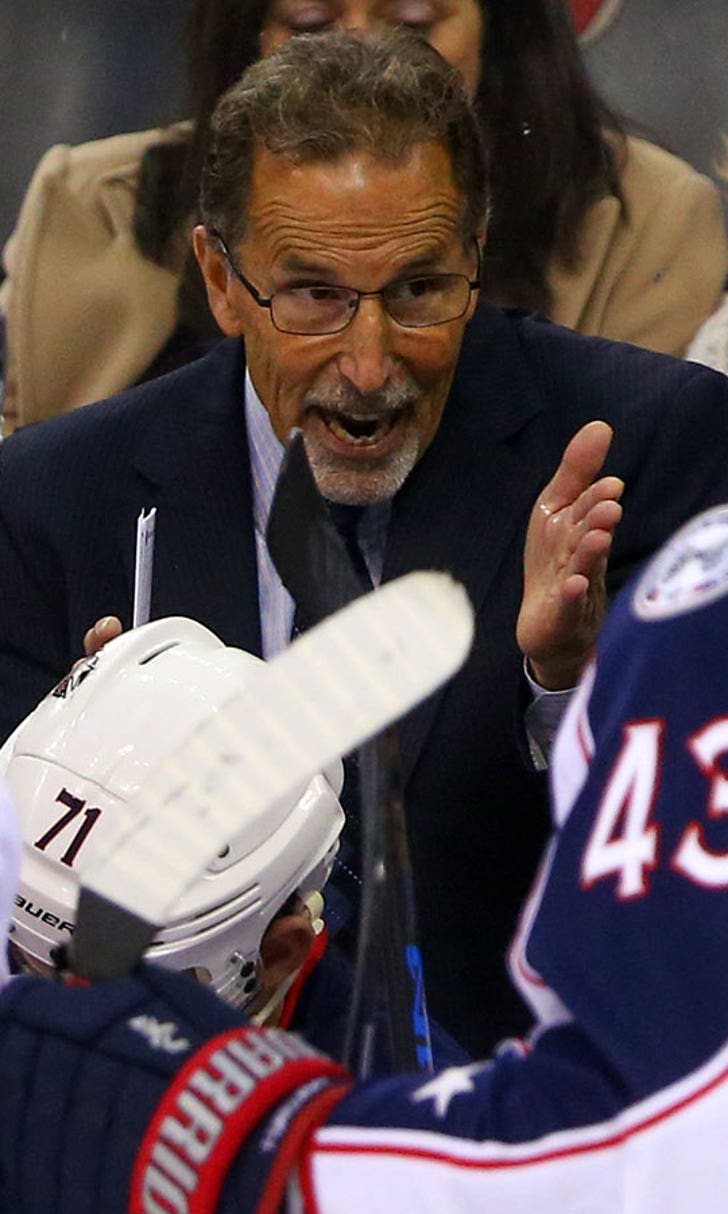 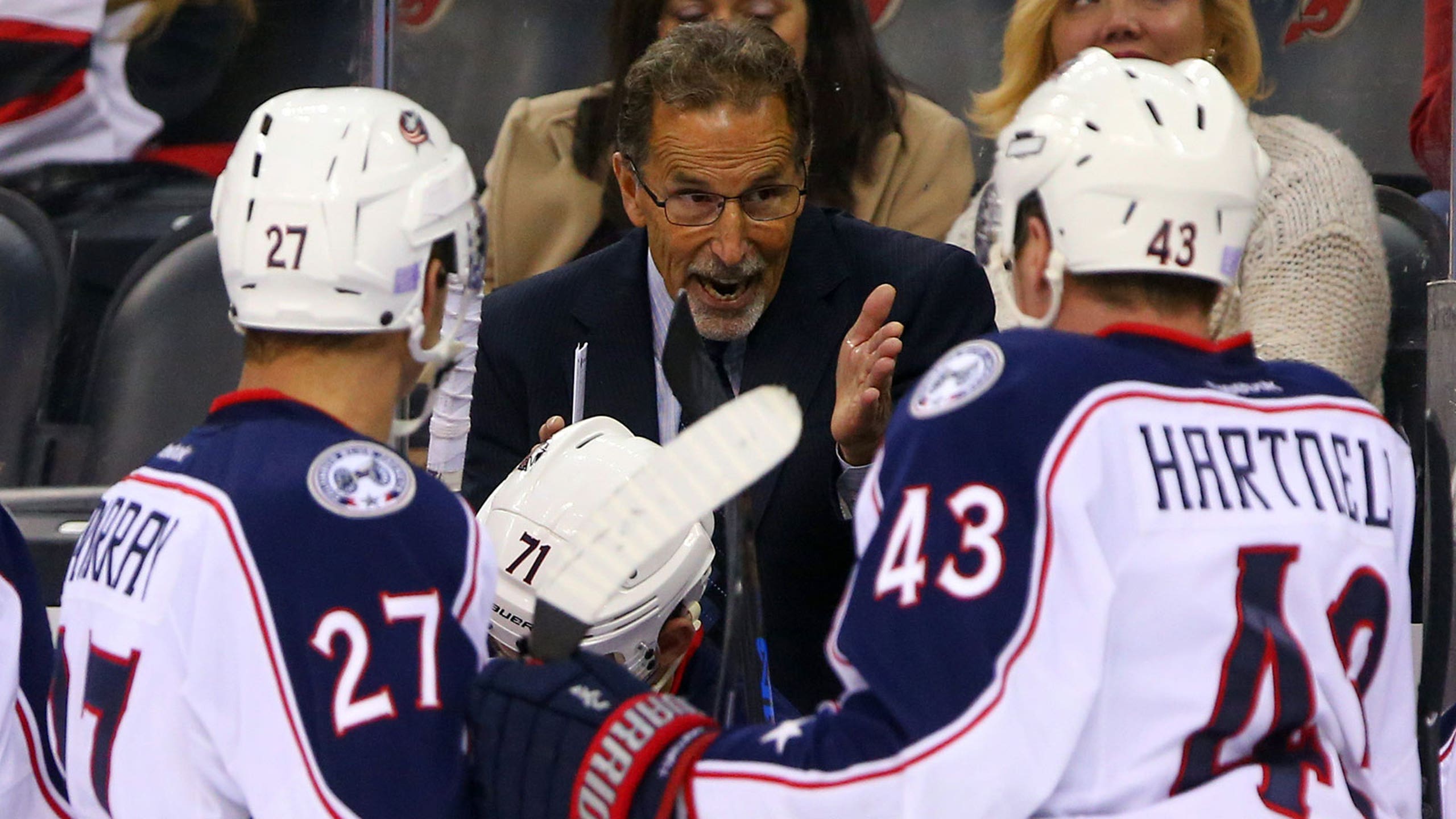 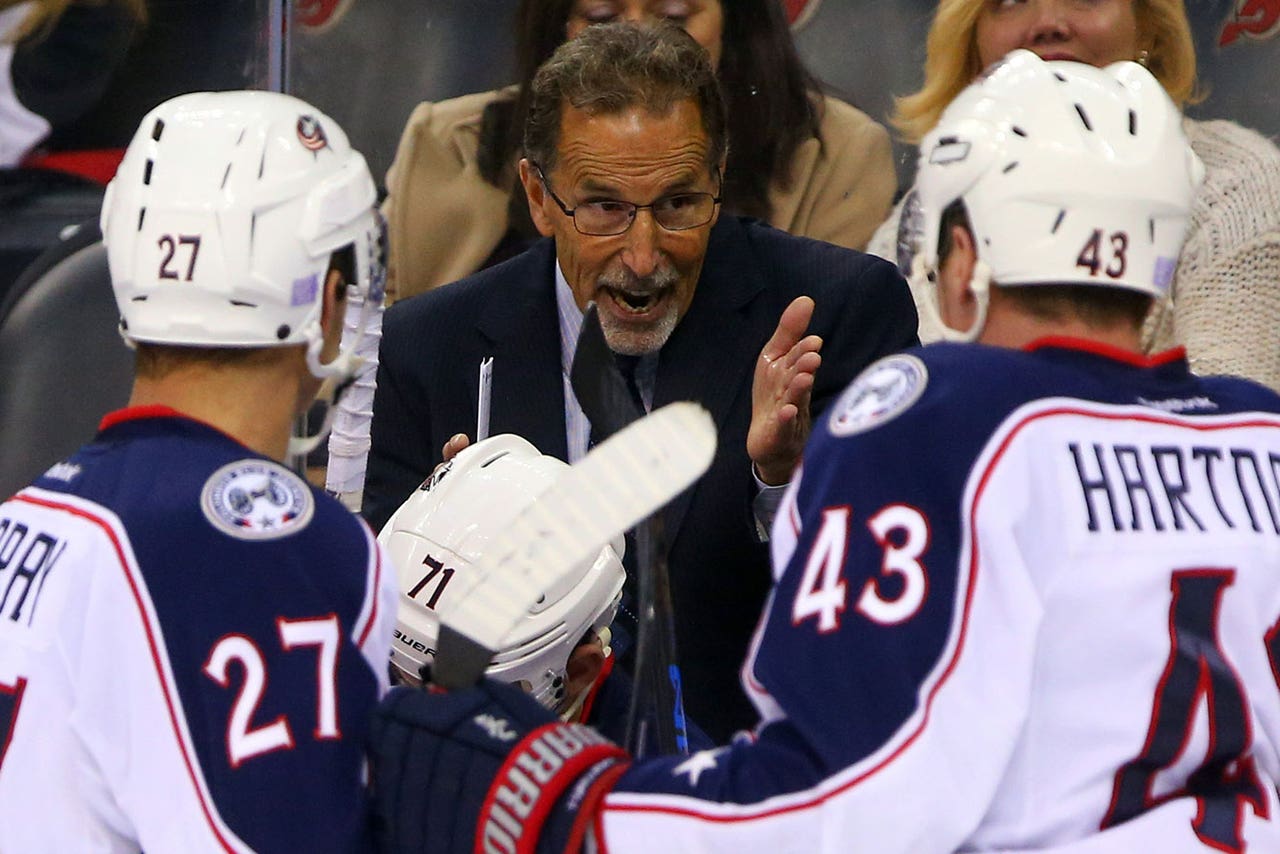 NEWARK, N.J. -- The Columbus Blue Jackets might be turning things around under new coach John Tortorella.

Two wins in a row is one sign. Winning when they get outplayed for most of the game is certainly another.

Boone Jenner and Cam Atkinson scored 35 seconds apart in the third period and Sergei Bobrovsky made 23 saves to lead the Blue Jackets to a 3-1 victory over New Jersey on Tuesday night, snapping the Devils' four-game winning streak.

Scott Hartnell added an unassisted goal later in the period as the Blue Jackets won despite having only 14 shots.

"We didn't play that well, and that's on me," Tortorella said after this third game with the team. "We looked tired tonight, and it's me not knowing the club right now. I think we skated at tempo yesterday a little too long, and I think it affected us tonight."

The Blue Jackets had nine shots in the first two periods and Bobrovsky kept them in the game. He lost his shutout with 2:28 to play when Kyle Palmieri scored on a power-play rebound.

Players said Tortorella did not rip them after two bad periods. He encouraged them to stay with it, and they found a way.

Jenner ended a scoreless tie at 9:03 of the final period after a puck hit off former Devil David Clarkson in front. The center got the deflection and fired the puck past a defenseless Cory Schneider for his sixth goal of the season and third in the last two games.

Atkinson doubled the lead after the Blue Jackets forced a turnover deep in the Devils zone. Brandon Dubinsky took a pass from Hartnell and found Atkinson alone in front for his second goal of the season.

"To get the first one boosts us up," Jenner said. "That shift right after the goal, where Cam scored that was a huge shift by those three and I think it really lifted us up."

Columbus is now 2-8 in a start that led to the firing of Todd Richards after the team lost its first seven games.

"Every team is going to go through ups and downs," Clarkson said. "We just went through ours early. It was one of the hardest things we ever went through. But it makes teams better. Hopefully, it makes us better."

"They were working, they were working in the third," Schneider said. "We can't let (that) one break take the wind out of our sails. For me, I can't have two goals back-to-back like that. I think we could have responded better. That's on us."

New Jersey had the better of the play earlier in the period and Tortorella called a time out after a deflection in front by Jacob Josefson got past Bobrovsky and inched toward the goal before he spun around and used his paddle to clear the puck.

Defenseman Eric Gelinas hit a goal post after the time out but suddenly Columbus found its scoring touch.

NOTES: After having his consecutive games played streak snapped at 202, Blue Jackets C Ryan Johansen missed his second straight game due to illness. ... The predominant color on the Devils' scoreboard was purple as the team joined in a hockey fights cancer night. ... Columbus had two shots in the first period.