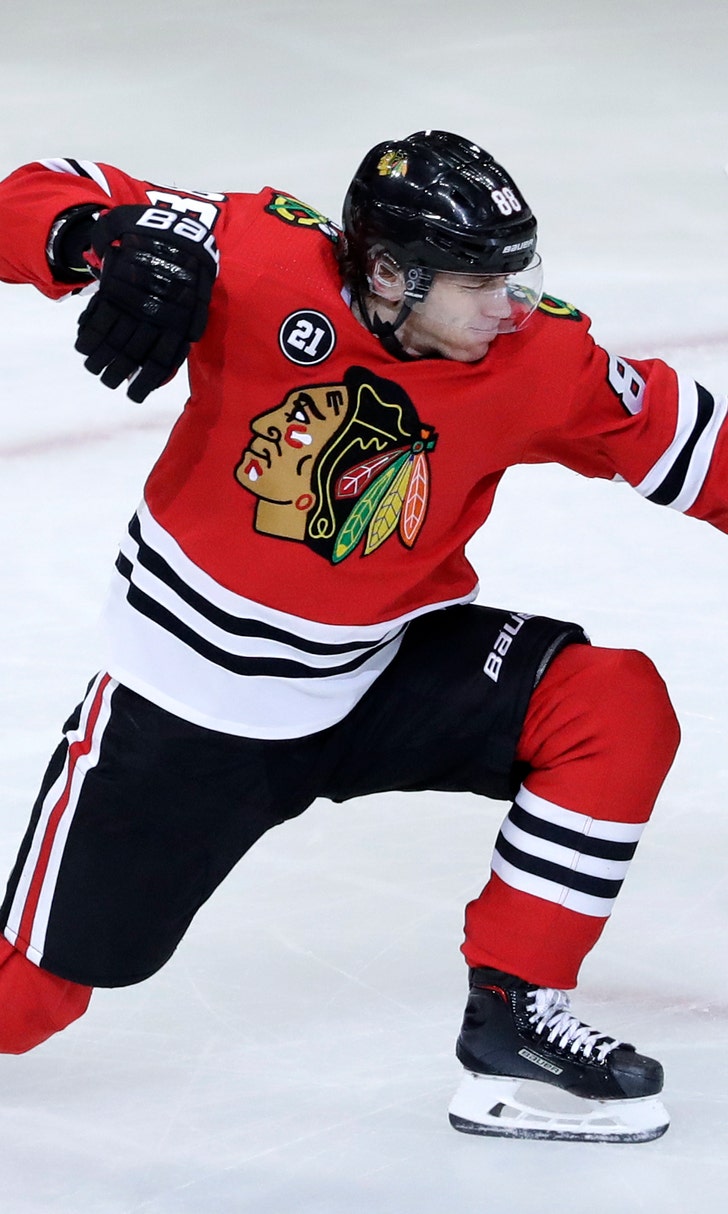 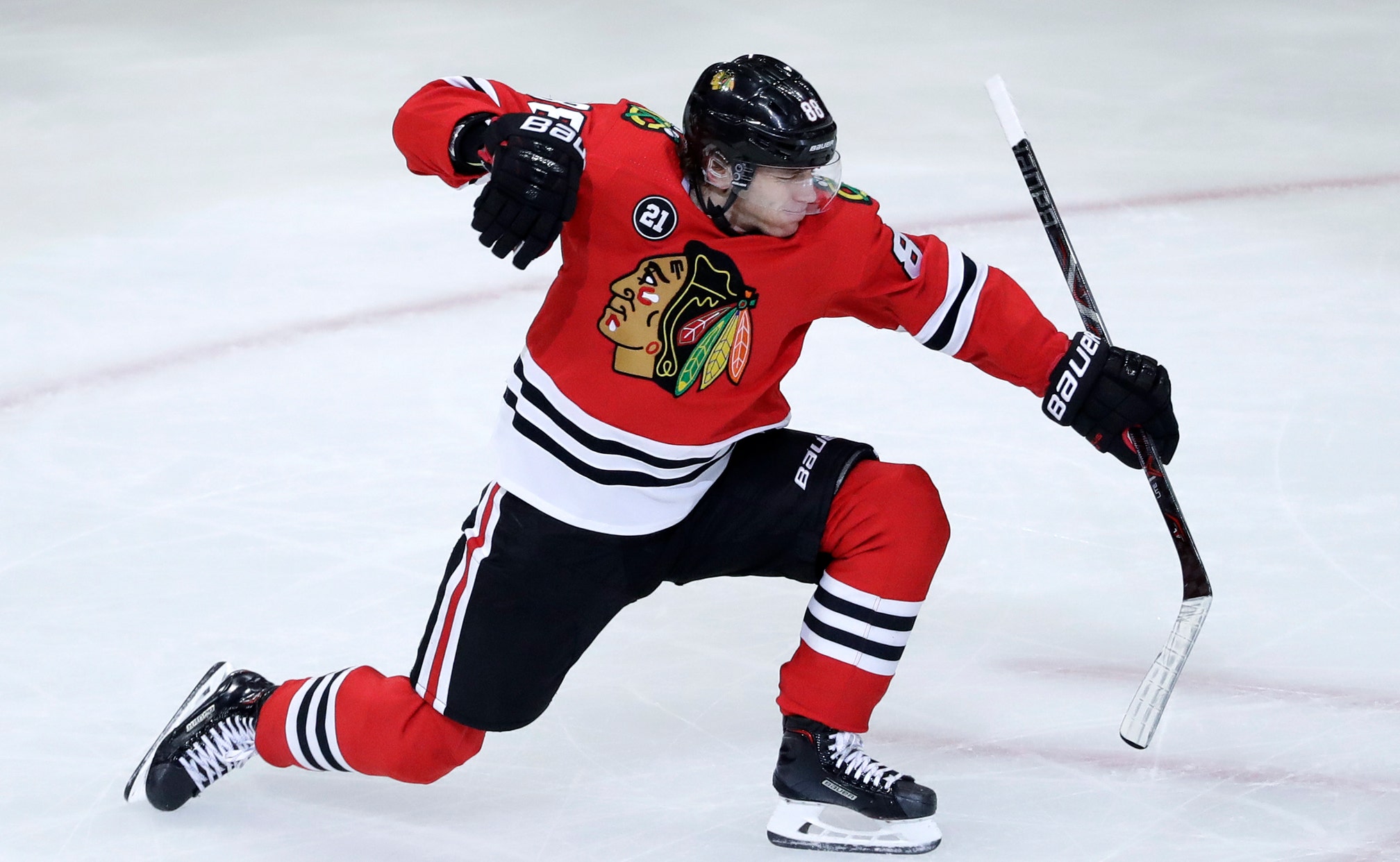 CHICAGO (AP) — Somewhere along the way, while Patrick Kane was piling up points and the special teams were rounding into form, the talk around the Chicago Blackhawks shifted from draft positioning to the wild-card standings.

Another surprising turn in a strange season.

After two eight-game losing streaks, a coaching change and a handful of trades and minor league promotions, Chicago is somehow in the mix for a playoff spot in the congested Western Conference. The Blackhawks' second line of Dominik Kahun, Dylan Strome and Alex DeBrincat accounted for nine points in Sunday's 5-2 victory over Detroit, running their win streak to a season-high seven in a row.

"We're better than we were before and now we're going to need to keep getting better," said coach Jeremy Colliton, who took over after Joel Quenneville was fired on Nov. 6.

The Blackhawks (23-24-9) are just four points back of Minnesota for the second wild card heading into Monday's games. But they also are just four points ahead of Anaheim and Los Angeles in last place in the conference. The last nine teams out West are separated by eight points.

For now, Colliton is more focused on how Chicago is playing than anything else.

"We've got to make sure we don't think we're just going to show up and it'll just happen. We've got to work," Colliton said. "We've got to do the right things and if you do it for close to 60 minutes we'll get the points we want and I'm pretty sure the standings will sort out."

While the Blackhawks struggled for much of the first half of the season, Kane has been a constant force in a performance reminiscent of when he won the Hart Trophy for NHL MVP in 2016. The All-Star forward has 11 goals and 20 assists during a 14-game point streak — the longest active streak in the NHL.

After Detroit pulled within one in the third period, Kane scored his 33rd goal and then assisted on Jonathan Toews' empty-netter to help wrap it up for Chicago.

"He's always involved," Colliton said. "When he's on the ice, the other team knows he's a threat and that's nice for us to have."

Toews and DeBrincat also have been solid this year, but one of the biggest keys to Chicago's turnaround has been its depth scoring. Strome has four goals and 12 assists in his last nine games. Kahun had two goals and an assist against the Red Wings.

The 21-year-old Strome came over in a Nov. 25 trade with Arizona. He had a disappointing start to his career after the Coyotes took him with the No. 3 pick in the 2015 draft, but he seems to be coming into his own since joining the Blackhawks and being reunited with DeBrincat after they played together in junior hockey.

"I'm having fun playing hockey again," Strome said. "The team's winning, producing offensively. I'm winning some face-offs and helping the team win. Obviously when the team wins, everyone looks better. Everyone has a good mood in the room."

Chicago's improved power play also has produced some big goals of late. The Blackhawks have converted at least one power-play opportunity in 15 of their last 18 games, going 23 for 59 for a 39 percent success rate over that stretch.

Mix in some solid goaltending by Cam Ward and Collin Delia, and there is a glimmer of hope for the Blackhawks after they missed the playoffs last season for the first time in a decade.

"I love that we're playing for something and that guys have that belief in the locker room that if we keep doing what we're doing, we're going to give ourselves an opportunity," Ward said. "Obviously you take care of what you can control. We want to keep this thing rolling."