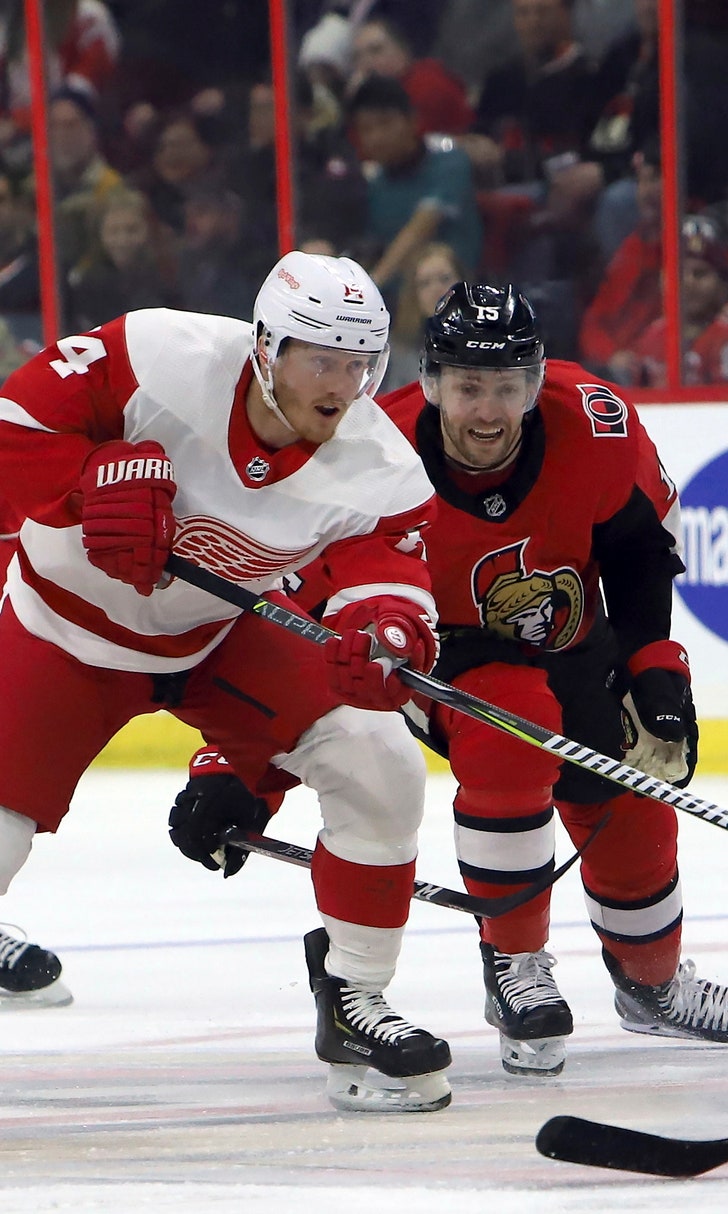 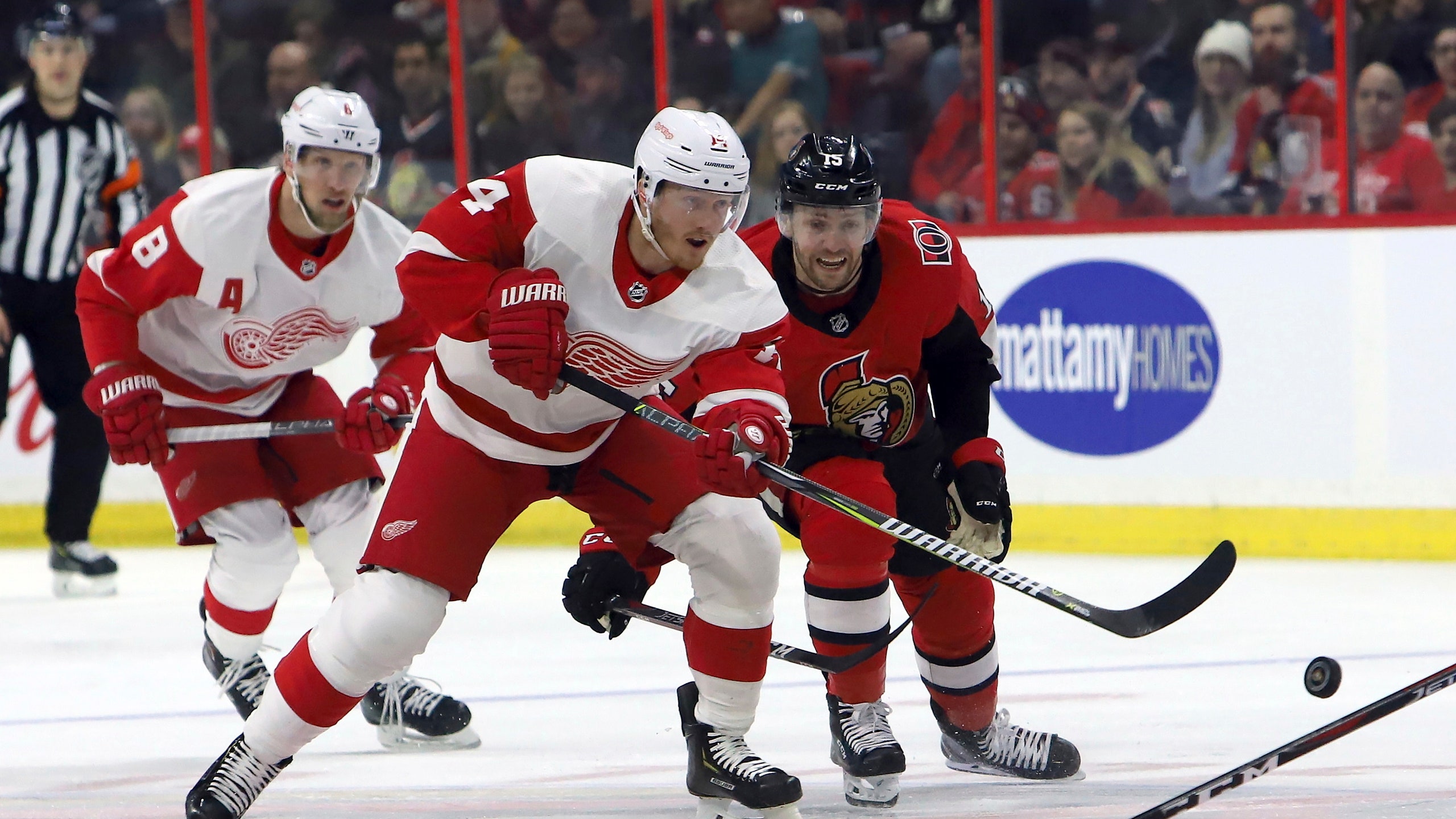 OTTAWA, Ontario (AP) — The Ottawa Senators played one of their best defensive games of the season, yet still fell short against the Detroit Red Wings.

Jonathan Bernier stopped 35 shots for his first shutout of the season and the Red Wings defeated the Senators 2-0 Saturday night, despite Ottawa allowing a season-low 21 shots.

"This one's frustrating," Ottawa head coach Guy Boucher said. "When you have 35 shots and you only give up 21 and you see your players' hard work, it was a great improvement off Friday night, our execution, we created some nice plays and we did a lot of good things, but we weren't able to produce."

Danny DeKeyser and Darren Helm scored for the Red Wings, who won their third straight and improved to 5-2-0 in their last seven games.

Overall, the Red Wings felt they didn't play their best game, but were pleased to see Bernier rewarded for a solid performance.

"We didn't do a whole lot of things right, but we found a way to get the two points," defenseman Niklas Kronwall said. "We didn't play well enough, not even close to where it needs to be, but we got a great goaltending performance and that's what made the difference."

Craig Anderson made 19 saves for the Senators, who are mired in a four-game losing streak.

Ottawa has lost its last two games since returning from a nine-day break.

"Not getting the results is frustrating, but I think we're playing pretty good," said Senators defenseman Dylan DeMelo. "Obviously, that first game back against Pittsburgh we were a little loose defensively, but I think (Saturday), against a pretty good offensive team and we kept them under 25 shots so we did a really good job of committing to that defensive game and we didn't go out of sorts in order to cheat for offence or anything like that like we did against Pittsburgh."

Both teams were playing the second half of a back-to-back. The Red Wings posted a 3-2 overtime win over Toronto, while Ottawa lost 5-3 to Pittsburgh.

The Senators looked to rally in the third, but Bernier was solid.

"I thought Bernier was real good," Red Wings head coach Jeff Blashill said. "They had a number of shots in the first and he was able to keep it out and I thought in the third when Bernier needed to make big saves he was real good. I've got lots of faith in Bernier."

The Senators thought they had scored late in the third, but it was waved off.

Leading 2-0 to start the second, the Red Wings had a great opportunity to extend their lead as Brady Tkachuk took a double minor for high sticking Luke Glendening. With 29 seconds remaining in the penalty, Zack Smith took a tripping penalty, but Detroit was unable to take advantage of the power-play time.

Detroit scored twice in 39 seconds in the first period.

DeKeyser opened the scoring with a shot just inside the blue line that made its way through traffic.

Seconds later, Detroit made it 2-0 as Helm and Martin Frk played give-and-go, with Helm skating through the goal crease and tucking a backhand past Anderson.

NOTES: The Senators recalled Rudolfs Balcers from their American Hockey League affiliate in Belleville, Ontario, as Mikkel Boedker was injured in Friday's game against Pittsburgh. ... Nick Paul was a healthy scratch for the Senators. ... Detroit was without Dylan Larkin. The Red Wings said he had a strained oblique.

Senators: At Toronto on Wednesday.