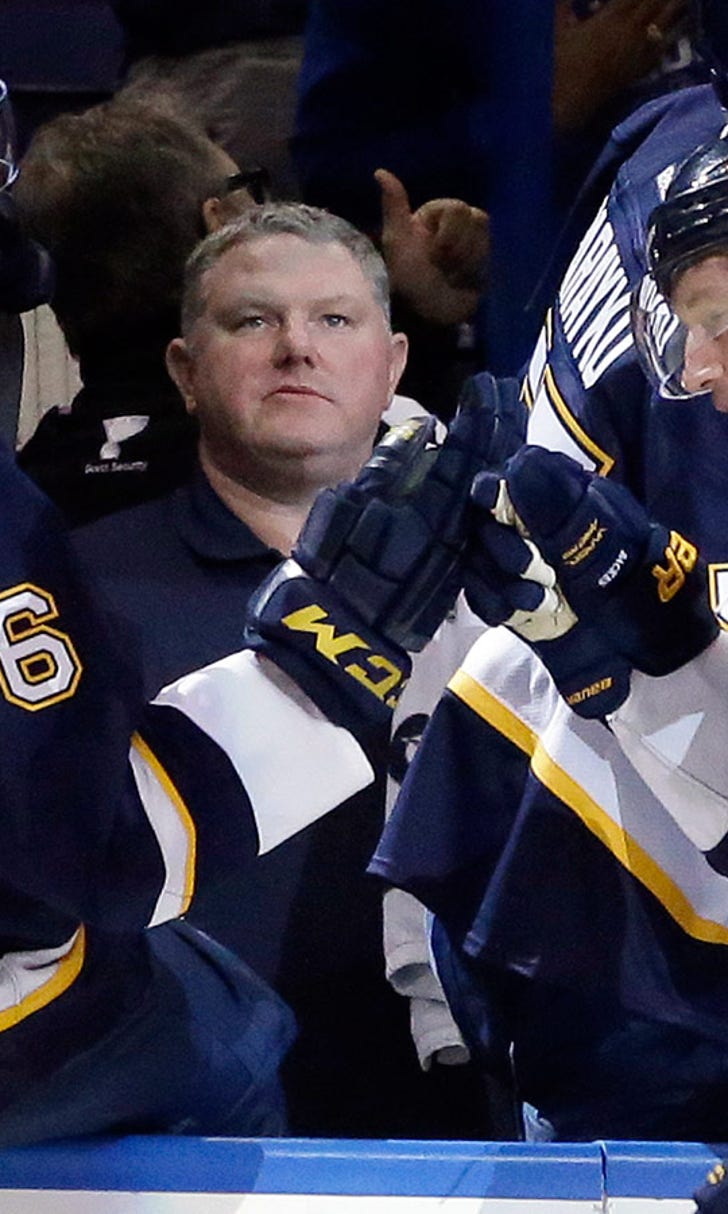 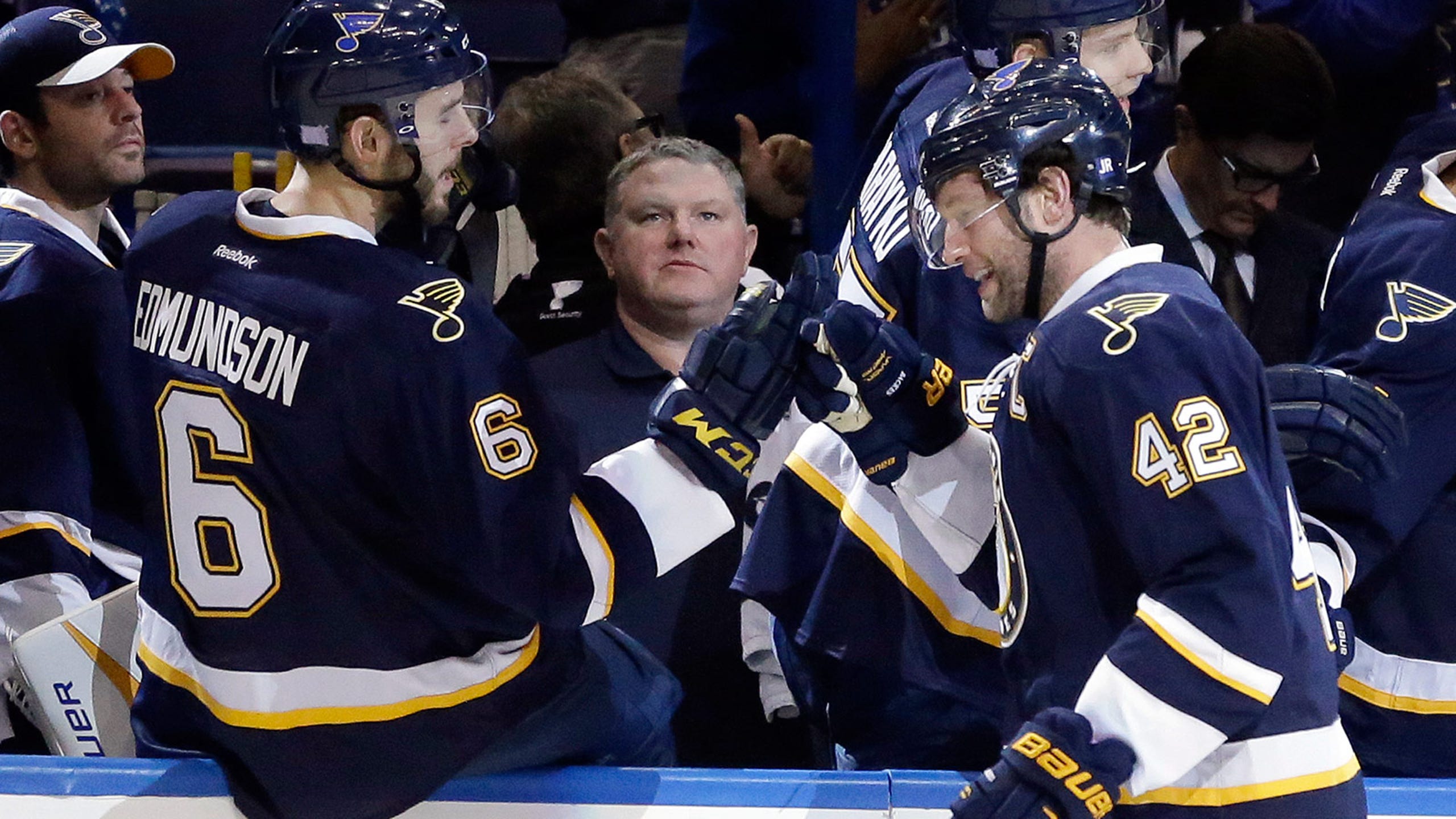 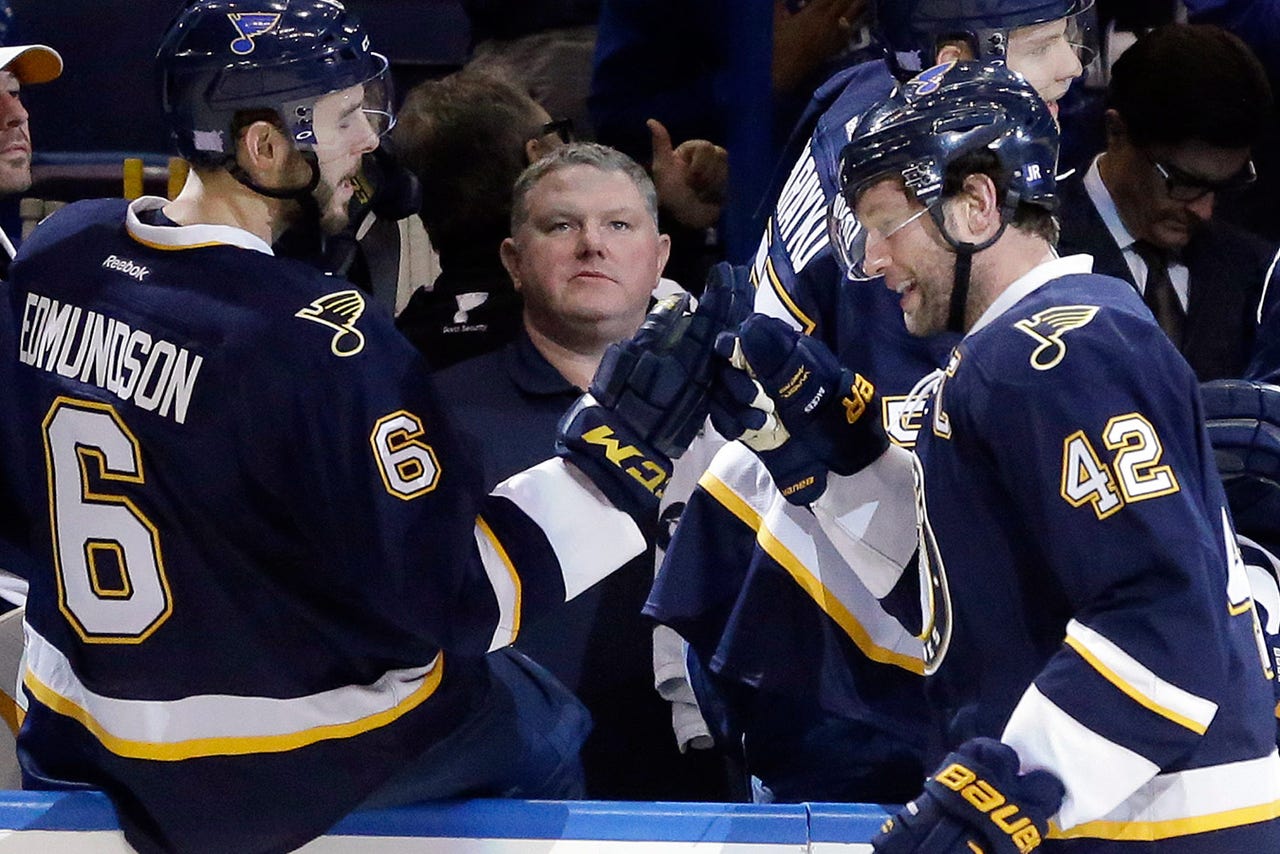 ST. LOUIS — The St. Louis Blues keep absorbing injuries, and finding ways to win. This time, their captain got on the board for the first time this season.

David Backes scored at 4:26 of overtime for his second goal of the game, and the Blues beat the Minnesota Wild 3-2 on Saturday night.

''We've got a lot of guys that are playing roles and minutes that they haven't played before and doing a heck of a job,'' coach Ken Hitchcock said. ''You're missing five, six, seven players a night and you're still getting points against really good teams. I mean, Minnesota's a really good team.''

The Wild eliminated the Blues in the first round of the playoffs last spring. They have split two games so far this season, exchanging one-goal home wins.

Backes had time to load up on a shot from the high slot, and he drove it past Devan Dubnyk off a setup from Ty Rattie. Backes had no goals and two assists this season coming into the night.

''Close your eyes and shoot it hard, and find the back of the net,'' Backes said. ''If you try to force it on net or (Dubnyk) controls the rebound and it's a 2-on-1 back the other way.''

The Blues surrendered a 2-0 lead in the first period but won their third in a row and improved to 8-2-1 while playing without several top players. Forward Vladimir Tarasenko (lower body) joined Paul Stastny, Jaden Schwartz and Kevin Shattenkirk on the recent injury list, plus forward Patrik Berglund is out until at least January following shoulder surgery.

Alexander Steen scored his fifth goal and Jake Allen had 29 saves for St. Louis, which allowed just one shot during Minnesota's two-man advantage of 62 seconds in the second period. Allen is 4-2 this season.

Jason Zucker and Erik Haula scored for Minnesota, which couldn't follow up a 5-4 victory at home against the Blackhawks on Friday night.

''There's a couple guys I'd have loved to have got out there,'' coach Mike Yeo said. ''We can't be content in saying it's new, we've got to find a win these games.''

Backes opened the scoring on a shot from outside the right faceoff circle at 2:47 of the first. Steen intercepted a pass from Mikko Koivu and made it 2-0 at 8:40.

''Good jump in the first, I thought we came out with a real strong start,'' Steen said. ''A few little mishaps, puck bounces and that happens, and they're right back in the game.''

Zucker scored his third of the season and Haula got his first to tie it later in the first.

NOTES: Steen has two goals and an assist against the Wild this season. ... Minnesota had won three in a row over St. Louis counting the playoffs.