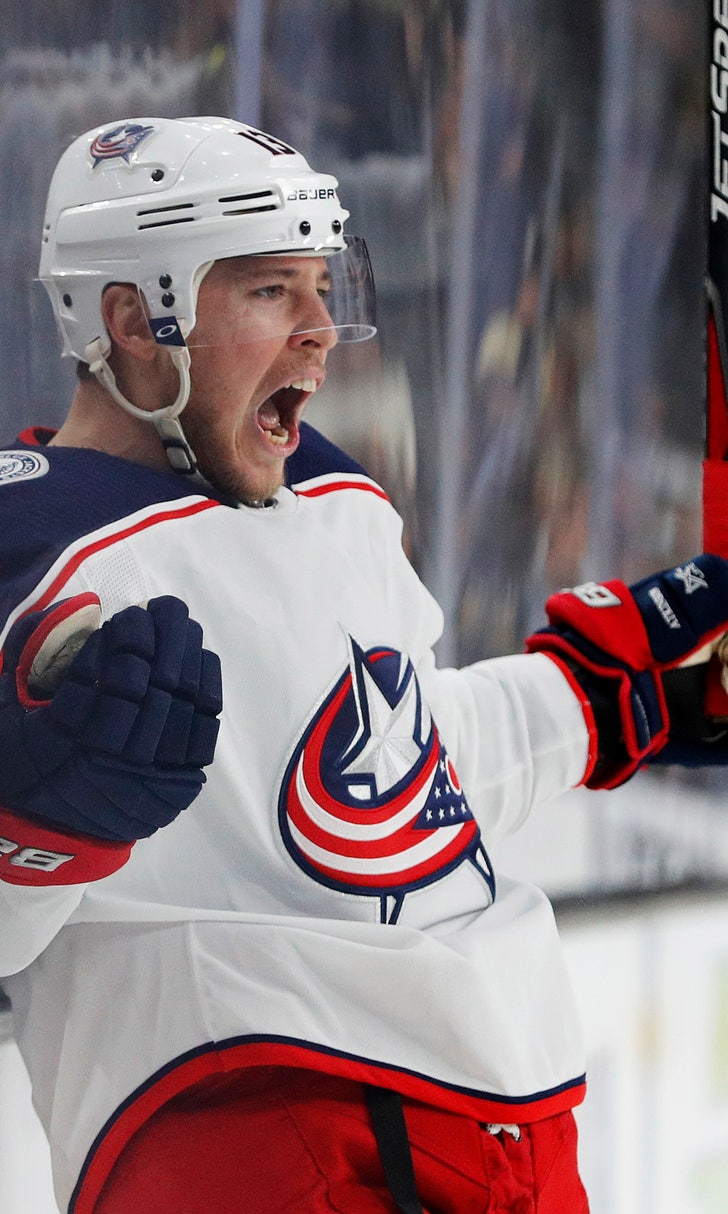 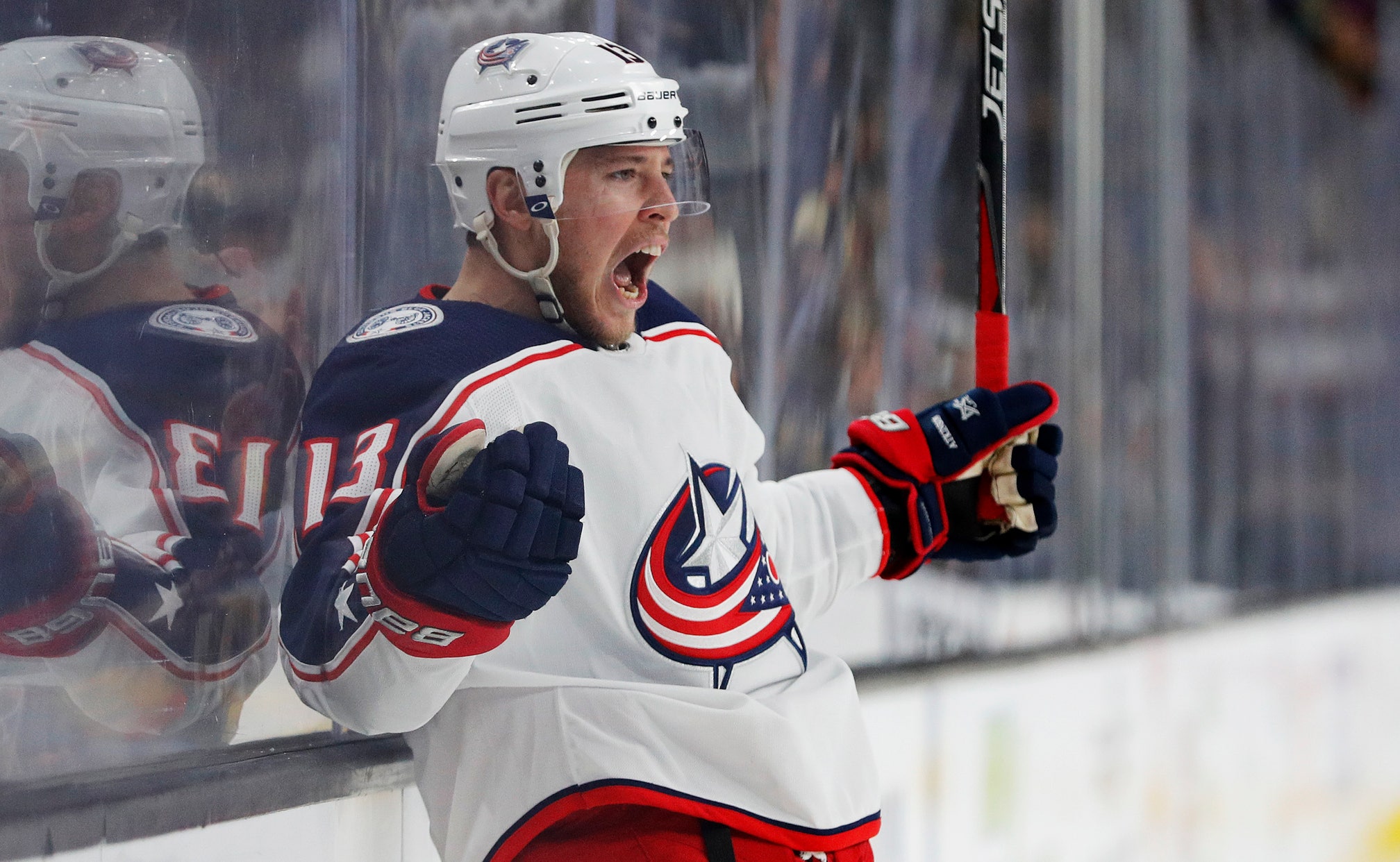 LAS VEGAS (AP) — The Columbus Blue Jackets opened a three-game Western Conference trip with victories in Colorado and Arizona, yet didn't feel as though they put forth their best effort.

Columbus closed out the trip with one of their most complete games of the season as Cam Atkinson scored two goals less than three minutes apart and Sergei Bobrovsky made 20 saves in a 4-3 victory over the Vegas Golden Knights on Saturday.

"We talked about it before the game ... playing one of the best teams in the league, we knew we had to bring it, every single line — especially my line — and I think we did that," Atkinson said. "I think we played one of our best games of the season, so it's huge for us."

Moments after using his speed to get past Vegas defenseman Brayden McNabb, collect a rebound off Marc-Andre Fleury and score an equalizer that tied the game at 3-all, Atkinson scored the game-winner on a power play against the league's top home penalty kill when he fired a shot over Fleury's arm.

"We had a couple of opportunities on the first power play, obviously they scored a short-handed goal, which is unacceptable on our part," said Atkinson, who has a team-leading 31 goals this season, and the second 30-goal campaign of his career. "But when we needed a power play the most, we stepped up big."

Columbus has scored a power-play goal in six of its last seven games (6 of 16). The team has scored on 10 of 31 power-play chances over the last 11 games.

Josh Anderson and Artemi Panarin also scored for the Blue Jackets, who are in third place in the Metropolitan Division at 31-20-3 (65 points), two points behind Washington with a game in hand.

"I'm not crazy about the city and all the noise out there. But the building, they do it right, and they have a good team, that's a good team," Columbus coach John Tortorella said. "Our guys should feel good, they just beat a really good hockey club."

Nate Schmidt, Jon Merrill and Cody Eakin scored for Vegas, while Fleury made 29 saves. The Golden Knights dropped to 16-7-3 at home.

Vegas coach Gerard Gallant thought his team might start sluggish in its first home game in 17 days — spanning the All-Star Break, a bye week and a four-game trip — but both teams opened the contest with a lot of speed and plenty of scoring chances.

Later, during a penalty kill, Golden Knights first-line wing Reilly Smith streaked into the offensive zone with William Karlsson to his right. But when Karlsson couldn't convert and his shot caromed off the post, Merrill was there and punched home his second goal of the season to put Vegas in front 2-1.

Unfortunately for the Golden Knights, it was the second frame they looked lethargic, getting just three shots on goal while the Blue Jackets put plenty of pressure on Fleury with nine shots. Columbus outshot Vegas 22-12 through two periods, and 33-23 for the game.

"I didn't expect that second period at all," Gallant said. "We just didn't have no jump, it looked like we were skating in quicksand and it caught up to us a little bit."

The Golden Knights escaped the second period tied 2-2, after Panarin caught Fleury behind the goal and fired the puck into an empty net.

Gallant tweaked his line-rotation a bit and utilized 10 forwards across three lines in the third period, when Eakin gave Vegas a brief 3-2 lead after racing into the offensive zone, collecting a pretty cross-ice pass from Pierre-Edouard Bellemare and scoring past Bobrovsky with 10:39 left.

The Blue Jackets wouldn't go away, though, and benefited from Atkinson's late-game heroics.

NOTES: Blue Jackets center Brandon Dubinsky missed his second consecutive game due to a hip injury and remains one game shy of playing in his 800th career game. ... Right wing Cam Atkinson played in his 499th career game, all with Columbus. ... The Golden Knights tied a season low for shots on goal in one period, with just three in the second. Vegas also had three in third period on Nov. 21 at Arizona. ... Vegas is tied for third in the league with seven short-handed goals.