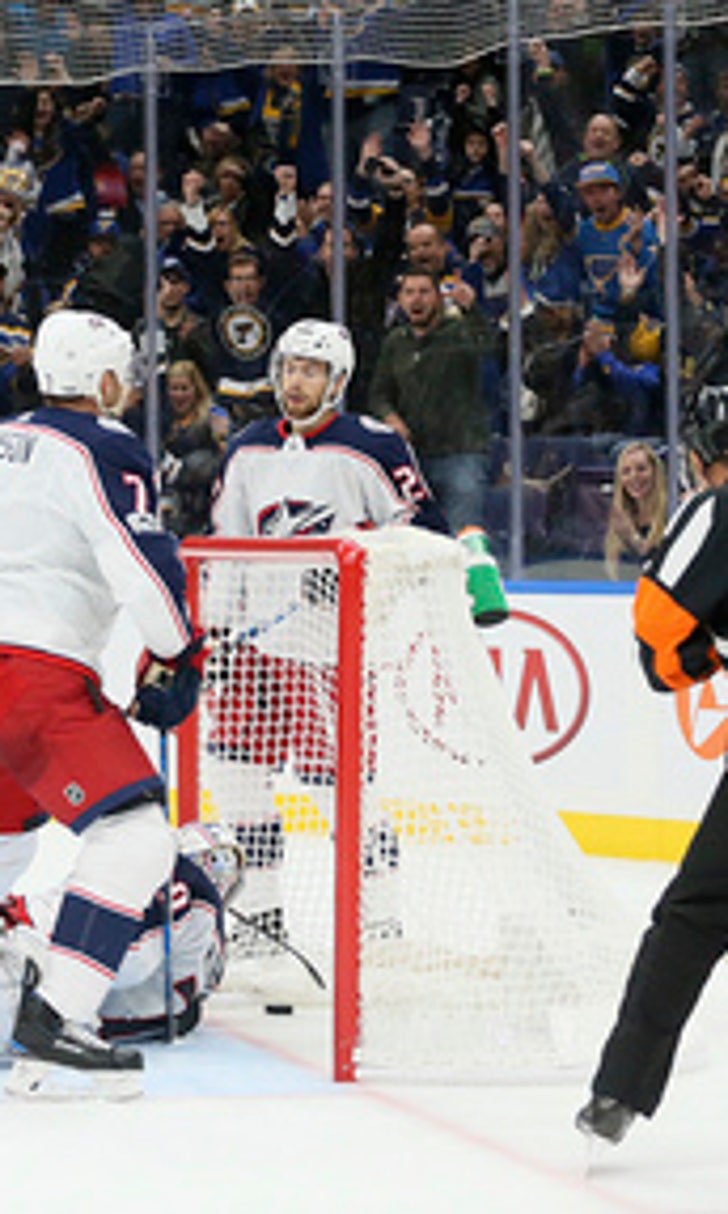 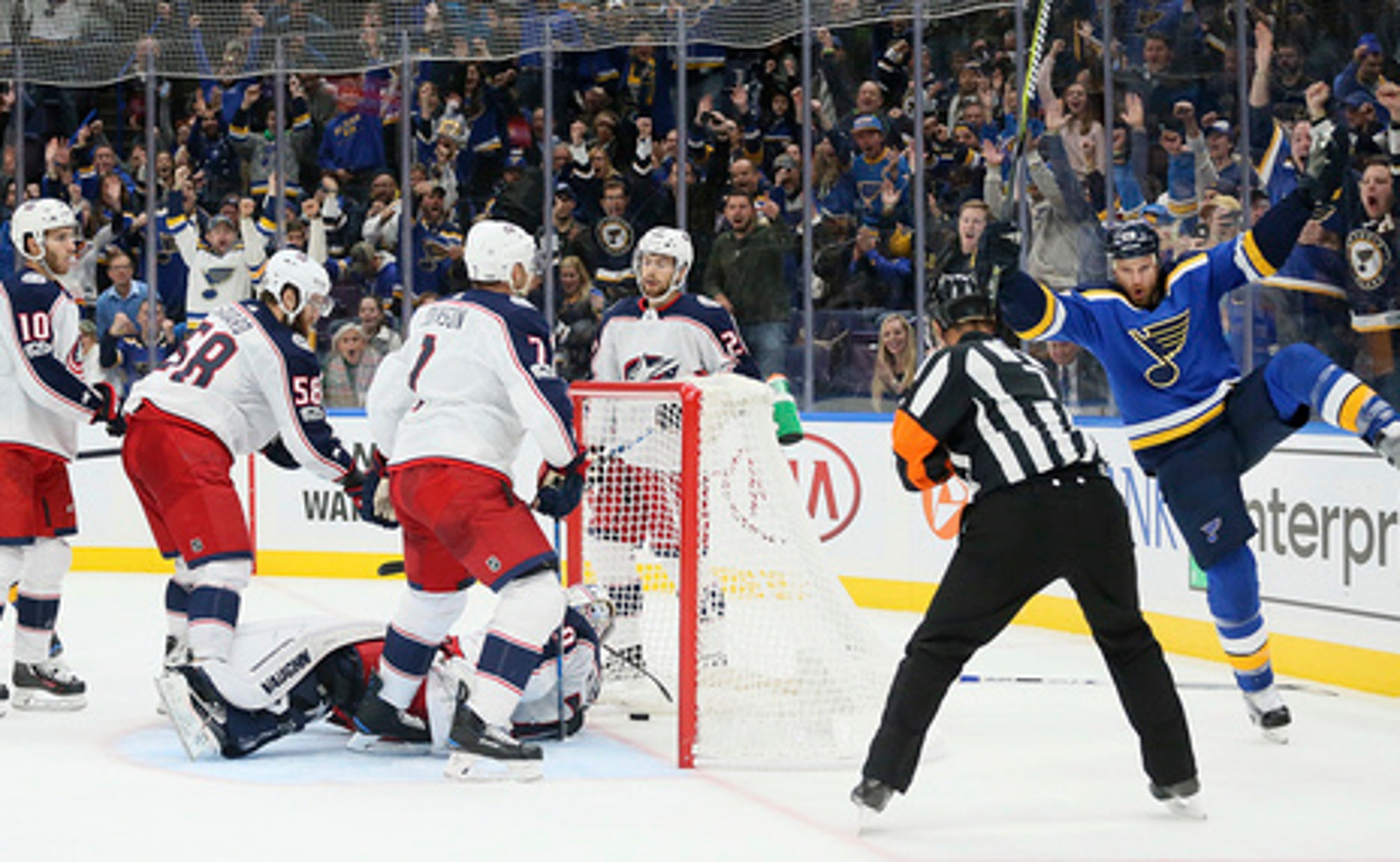 ST. LOUIS (AP) Off to a strong start this season, the St. Louis Blues are getting contributions from everyone on the roster.

The Blues received another fine effort from goalie Jake Allen and a good performance from their fourth line Saturday night in a 4-1 win over the Columbus Blue Jackets.

''I think we've been winning in different ways,'' coach Mike Yeo said. ''I think good teams do that. Some nights it might be defense. Some nights it might be goaltending. We've had special teams do it for us. We've had our defense score, our bottom two lines score, our top two lines obviously have gotten lots done for us. I think that's what good teams do. You have to find different ways to win hockey games.''

Allen made 36 saves to earn his sixth win in nine starts. Scottie Upshall had a goal and two assists - his first three-point game since November 2014 - and Vladimir Sobotka, Joel Edmundson and Kyle Brodziak also scored. Dmitrij Jaskin had two assists as well.

''It was nice to chip in offensively,'' Upshall said. ''I like the way our line's been used and just been relied on lately for added minutes and good offensive zone minutes. It helps our group when we can play hard like that.''

The Blues (9-2-1) earned at least one point for the sixth straight game and improved to 4-0 at home. They are the only NHL team that hasn't lost at home this season.

''It's not a perfect 60 minutes all the time but we're doing the right things at the right time and making the most of it,'' Allen said.

''I felt we put in some good minutes,'' coach John Tortorella said. ''I thought we didn't have a lot of puck luck, where I thought we were getting closer. Allen made some key saves - some of them I don't even think he saw the puck. But the team that won tonight deserved to win.''

Columbus went with Korpisalo in goal over Sergei Bobrovsky, who started Friday night. Korpisalo made his third start of the season.

Sobotka scored off a rebound of Colton Parayko's shot with 33.2 seconds remaining in the first period. The goal was Sobotka's first of the season and second in 13 games since returning to the Blues from the KHL at the end of last season.

Upshall scored his first of the season when a shot from Joel Edmundson ricocheted off his skate at 6:31 of the second period.

Edmundson added an insurance goal, his third, 1:29 into the third period. The goal was the 13th by a Blues defenseman this season, most in franchise history through the first 12 games.

Calvert scored his third from the edge of the right circle with 13:39 left in the third after a nice crossing pass from Oliver Bjorkstrand.

Brodziak poked home a rebound with 6:37 left for his second of the season.

NOTES: The Blues recalled Ville Husso from San Antonio of the AHL to serve as the backup goaltender in Carter Hutton's place. Hutton and his wife are expecting a child. ... The Blue Jackets' 2-1 overtime win Friday against Winnipeg gave them a franchise-record 14 points in their first 10 games. ... The Blues were without forward Robby Fabbri (left knee, out for season), D Jay Bouwmeester (left ankle), forward Zach Sanford (left shoulder) and forward Patrik Berglund (left shoulder).