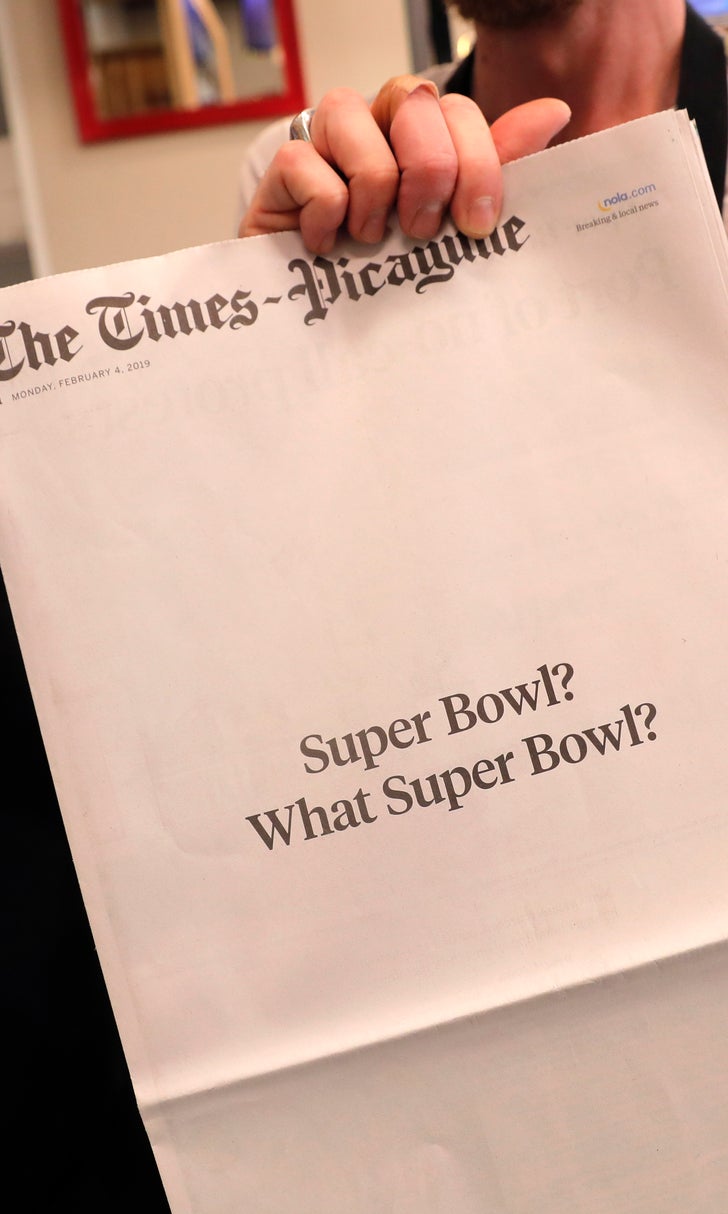 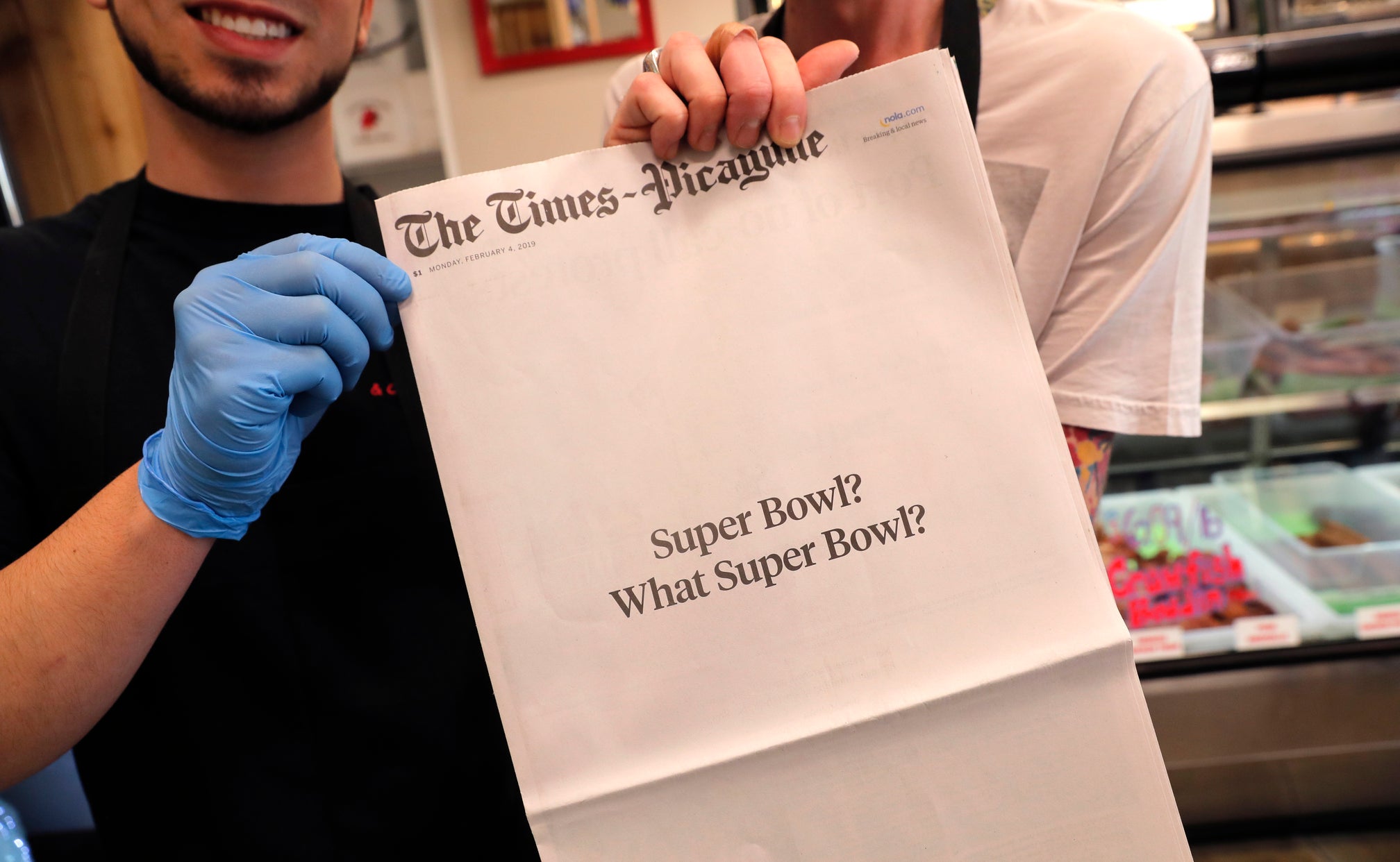 NEW ORLEANS (AP) — A "Boycott Bowl" festival and a jazz funeral procession putting the football season to rest encapsulate how New Orleans residents feel about the Super Bowl, and even the city's police department got in on the disenchantment.

NOLA.com/The Times-Picayune reports the New Orleans Police Department made a spoof video showing their investigation into the infamous "no-call" in the NFC championship that the Saints lost to the Los Angeles Rams.

The department posted the video on social media featuring two detectives interrogating a referee. They use king cake to break him down and confess that he robbed New Orleans of a chance to play in the NFL's championship.

The newspaper's nearly blank front page also summarized what those in the Big Easy think of the New England Patriots' win over the Rams on Sunday: "Super Bowl? What Super Bowl?"

Southland
share story
those were the latest stories
Want to see more?
View All Stories
Fox Sports™ and © 2021 Fox Media LLC and Fox Sports Interactive Media, LLC. All rights reserved. Use of this website (including any and all parts and components) constitutes your acceptance of these Terms of Use and Updated Privacy Policy. Advertising Choices. Do Not Sell my Personal Info