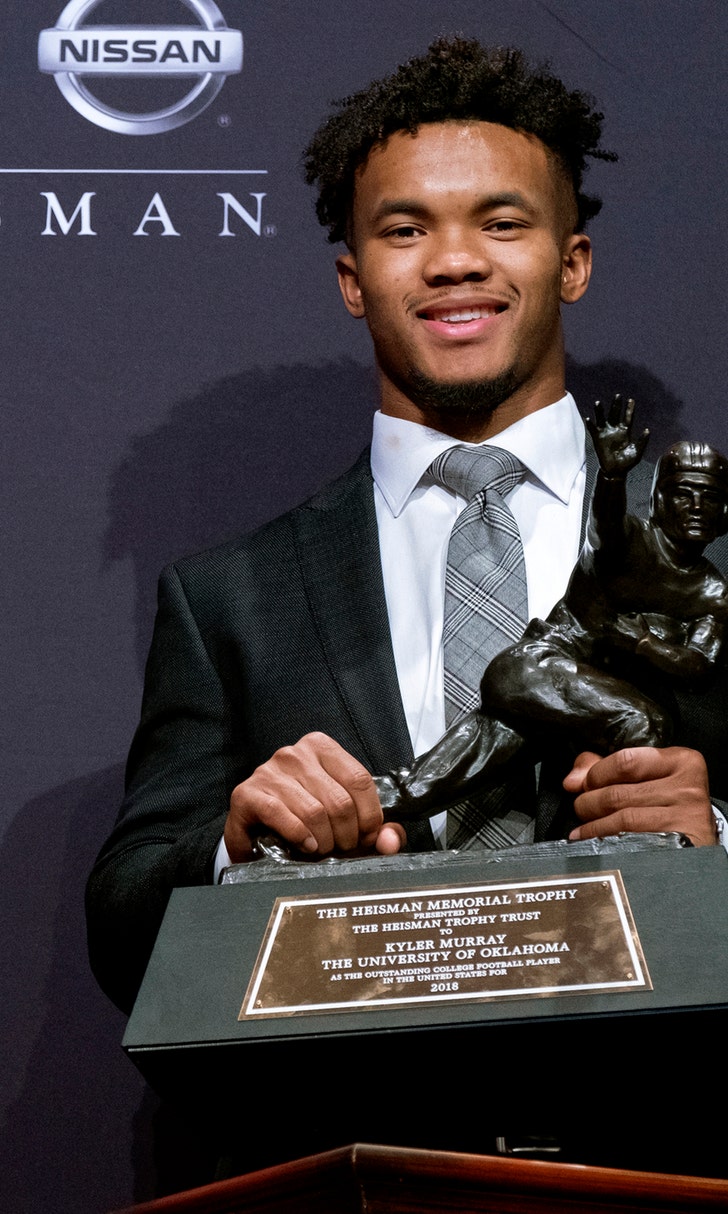 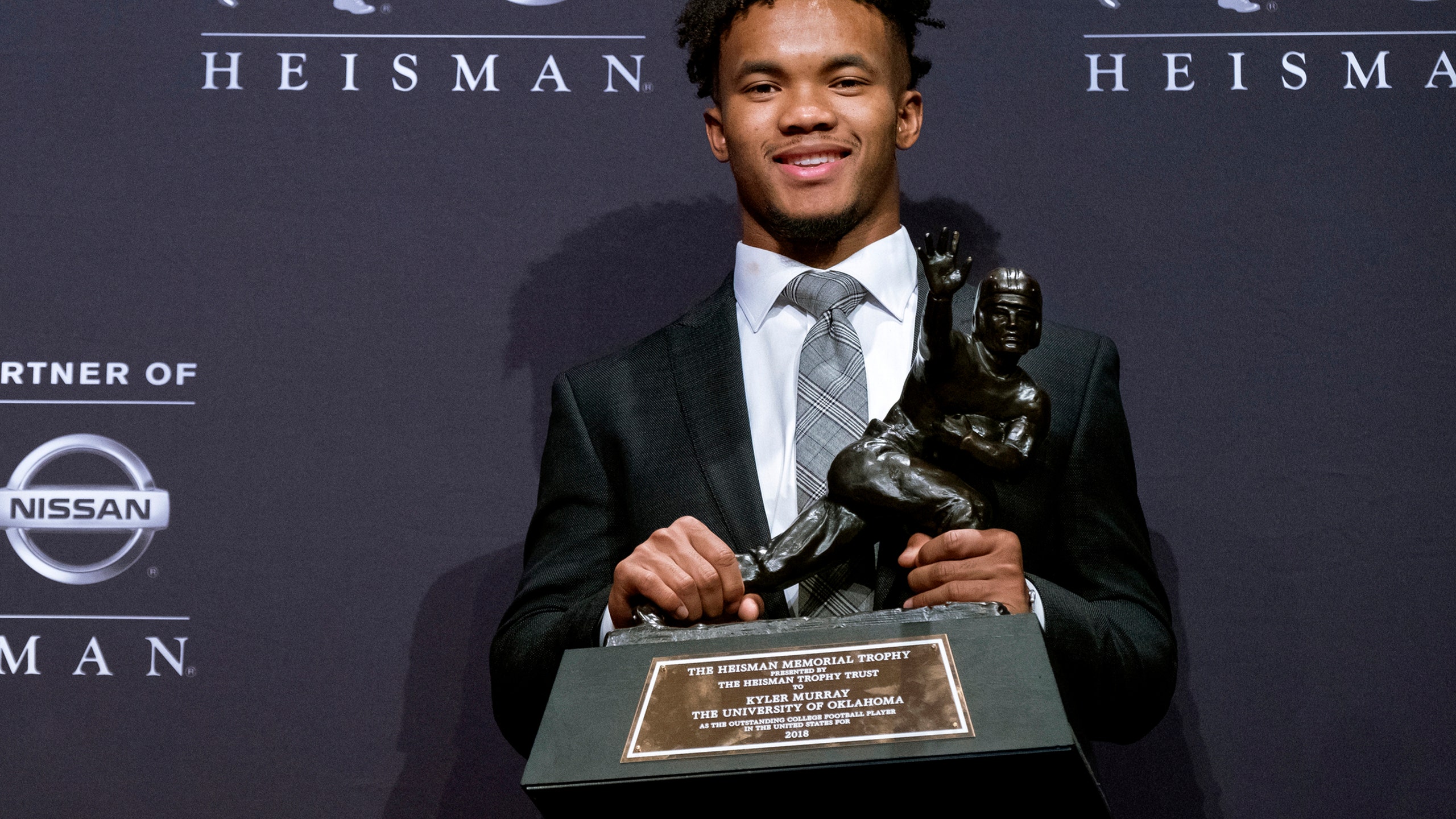 PORT ST. LUCIE, Fla. (AP) — Before picking football over baseball, Kyler Murray got some advice from another famous two-sport star.

One Heisman Trophy winner to another.

Tim Tebow says he told Murray to follow his heart when deciding between the Oakland Athletics and pursuing an NFL career. Murray, who won the Heisman last year in his lone season as Oklahoma's starting quarterback, announced Monday he was fully committing to the gridiron despite being selected ninth overall in the 2018 amateur baseball draft.

After arriving Saturday at the New York Mets' spring training camp, Tebow said he interviewed Murray a few months ago in his job as a college football television analyst and the two have gotten to know each other.

"Kyler, I think he's a really good young man, and I think this was a really tough decision for him," Tebow said. "He loves two sports and I can really relate to that. And he went with something that he's been really good at lately and dominating in. When we talked about it, and we did talk about that, I just gave him the advice to follow your heart. Whatever you're passionate about."

Tebow, now an outfielder in the Mets' farm system, has made impressive strides as a baseball player since his NFL career with the Denver Broncos and New York Jets from 2010-12 ended. To the surprise of many, he became an All-Star at Double-A last season and is ticketed for Triple-A Syracuse in April to begin his third full season of professional baseball.

After the baseball draft last year, Murray agreed to a minor league contract with Oakland for a $4.66 million signing bonus.

The deal called for him to receive $1.5 million after approval last summer by Major League Baseball and $3.16 million on March 1. He must return six-sevenths of the money he received, or $1,285,714.

"You know what? Don't do it for your agents, or your friends and sometimes necessarily even your family," Tebow recalled telling Murray. "Do it for what's on your heart, and don't let other people define you. You're going to have all these coaches that you look up to and everybody else that's going to tell you what they think, but what's most important is following your heart and your passion. And so, I don't know, hopefully he did that."

Murray hopes to be a high pick in the NFL draft, which begins April 25, and he could be. He is not a prototypical NFL quarterback, perhaps generously listed at 5-foot-10 and 195 pounds, but his combination of speed, passing skills and scrambling ability make him an intriguing prospect.