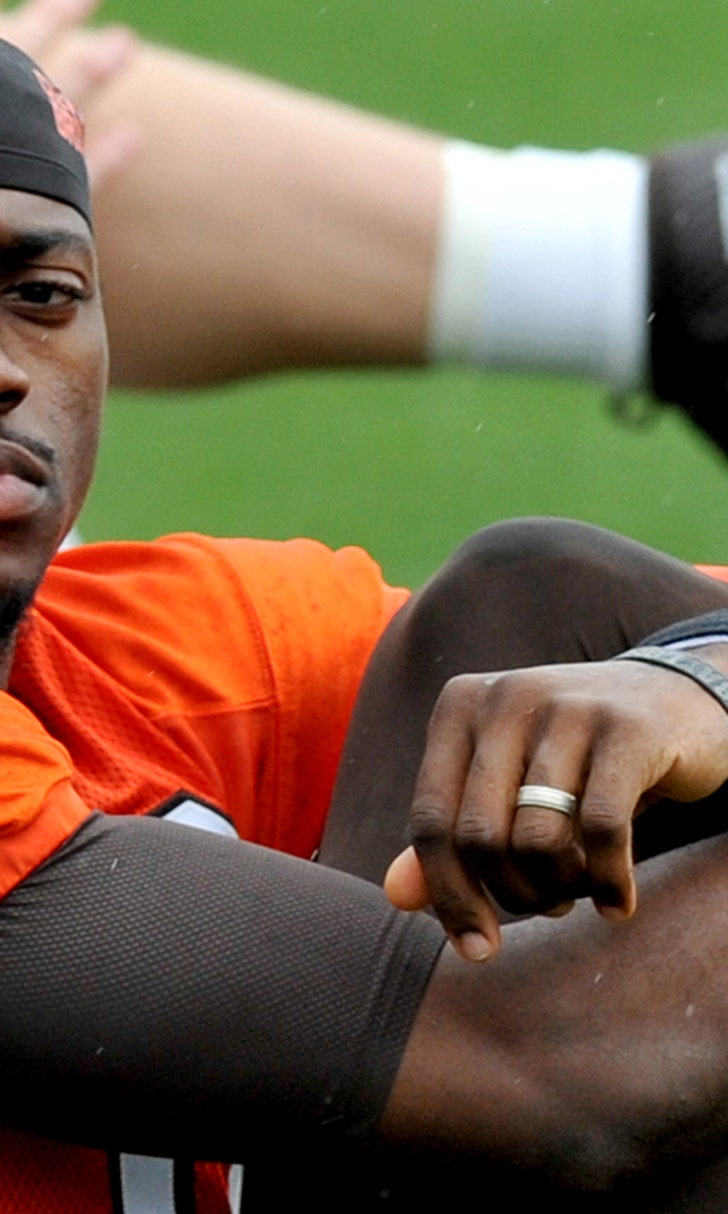 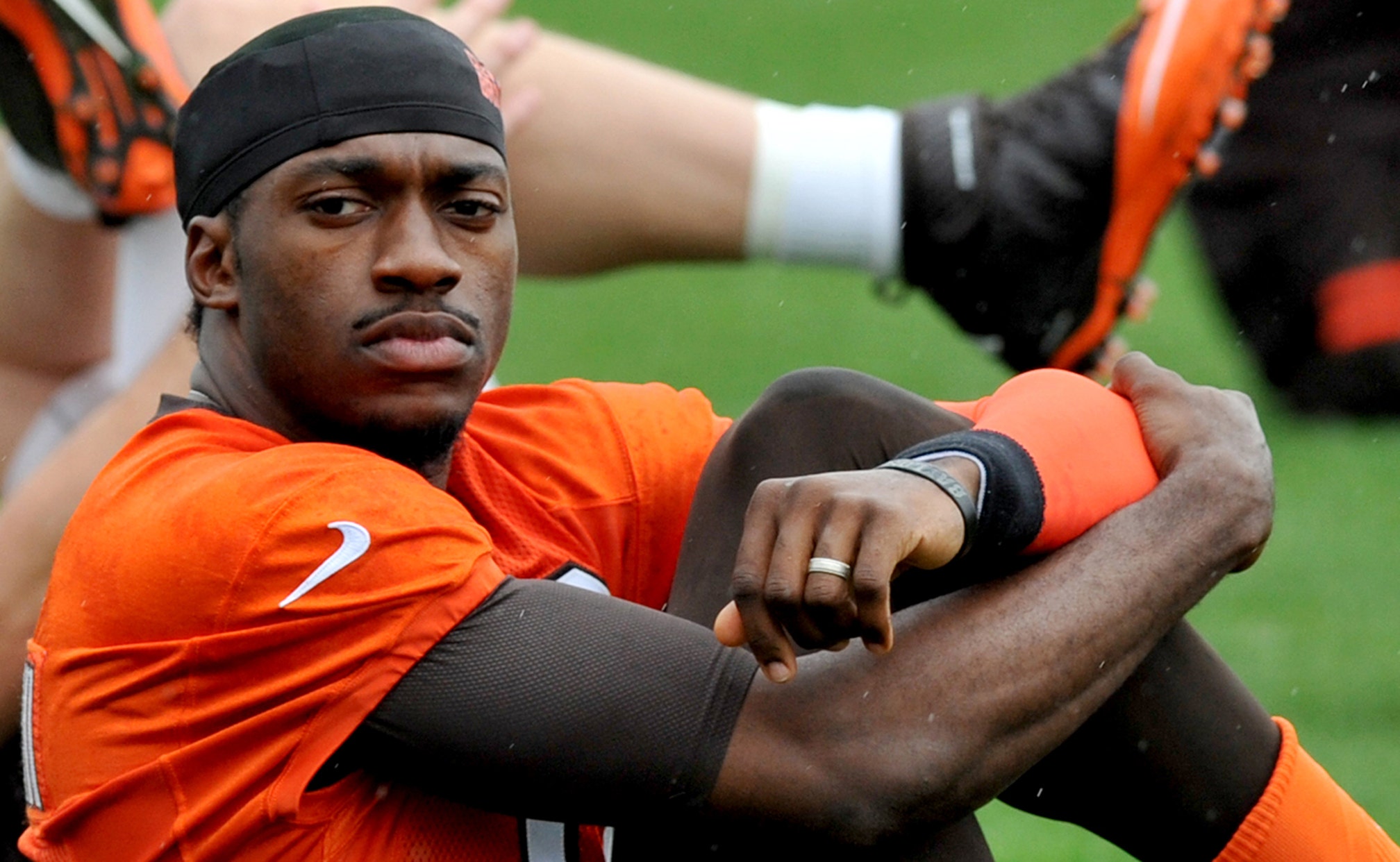 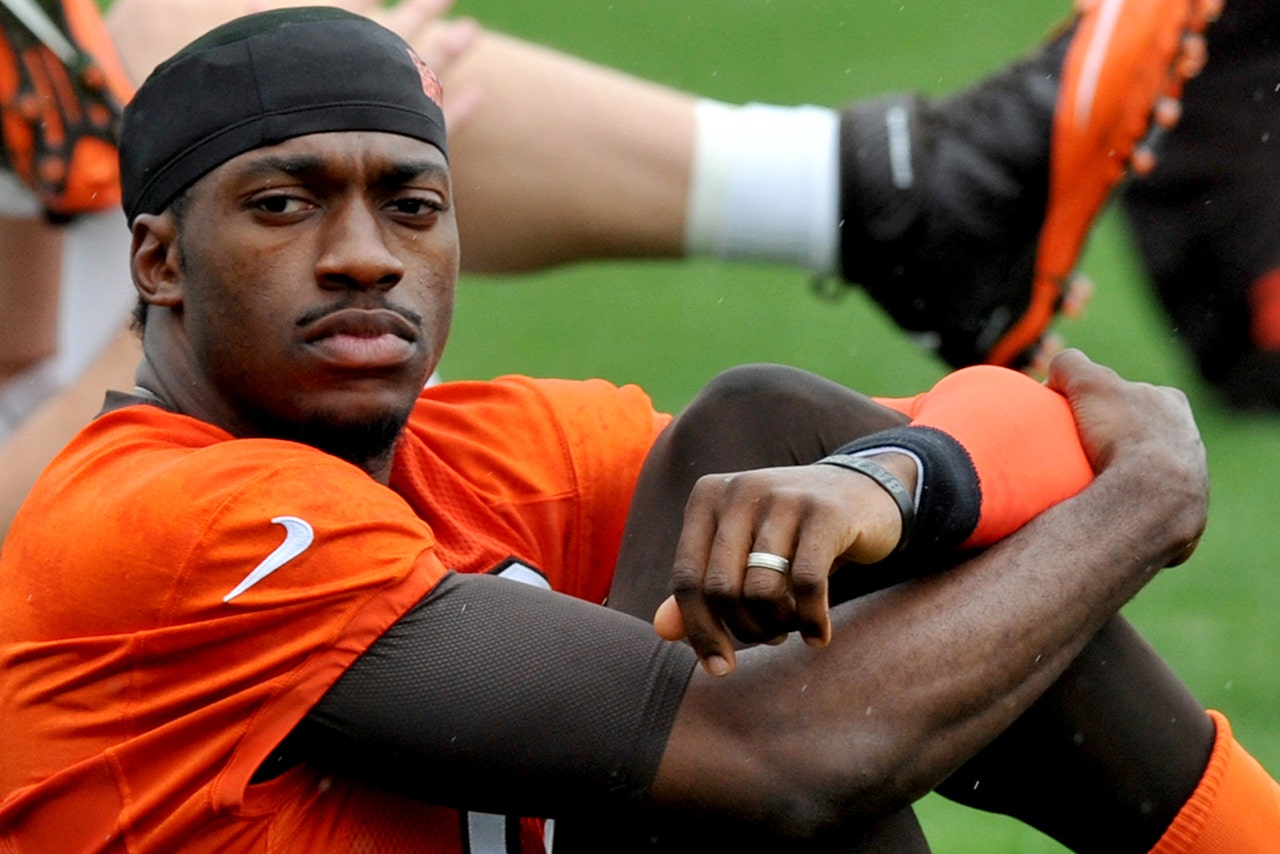 Robert Griffin III hasn't been a starting quarterback since the 2014 season, and he'll have to wait at least a little while longer to earn that title with his new team, the Cleveland Browns.

Griffin, signed by the Browns in late March after falling out of favor with the Washington Redskins, is by far the biggest name of the five QBs on Cleveland's roster, but new coach Hue Jackson told Cleveland.com on Saturday that there's no rush to name a No. 1:

"It's too soon. We haven't gotten into OTAs yet. We just have had offseason and voluntary veteran minicamp, and now we've got the rookies in, and I think that's way too soon. I would never do that. Again, every position is earned. There's always competition and there's a reason behind it … I don't have a timeline. Obviously, we're going to do it way before we play. If we can do it after OTAs, great. If it has to be at another time, great. We'll do it then, too. Whatever's best for us, that's what we'll do."

In reality, Griffin doesn't have much competition. The team drafted Cody Kessler in the third round, and he's viewed as a project. Josh McCown split time with Johnny Manziel last season and went 1-7 as a starter. Austin Davis and Connor Shaw went a combined 0-3 when neither Manziel nor McCown were available, and neither looked good doing it.

Clearly, the Browns will give Griffin, 26, every opportunity to prove he's not only the short-term answer but possibly the long-term solution to a decades-old quarterback quandary. Browns head of football operations Sashi Brown gave the 2012 No. 2 overall draft pick $15 million over two seasons and told Cleveland.com he's pulling for Griffin to turn his career around.

"Our plan would be for Robert, if it carries out, to come in, solidify himself and then, if we felt like he's our answer longer term, to begin working on a longer-term deal. Way premature to be talking about that at this point. He's got to earn the starting job and then be able to show that he can lead our offense in a manner that's going to allow us to be successful to compete for this division and, ultimately, for the Super Bowl.''