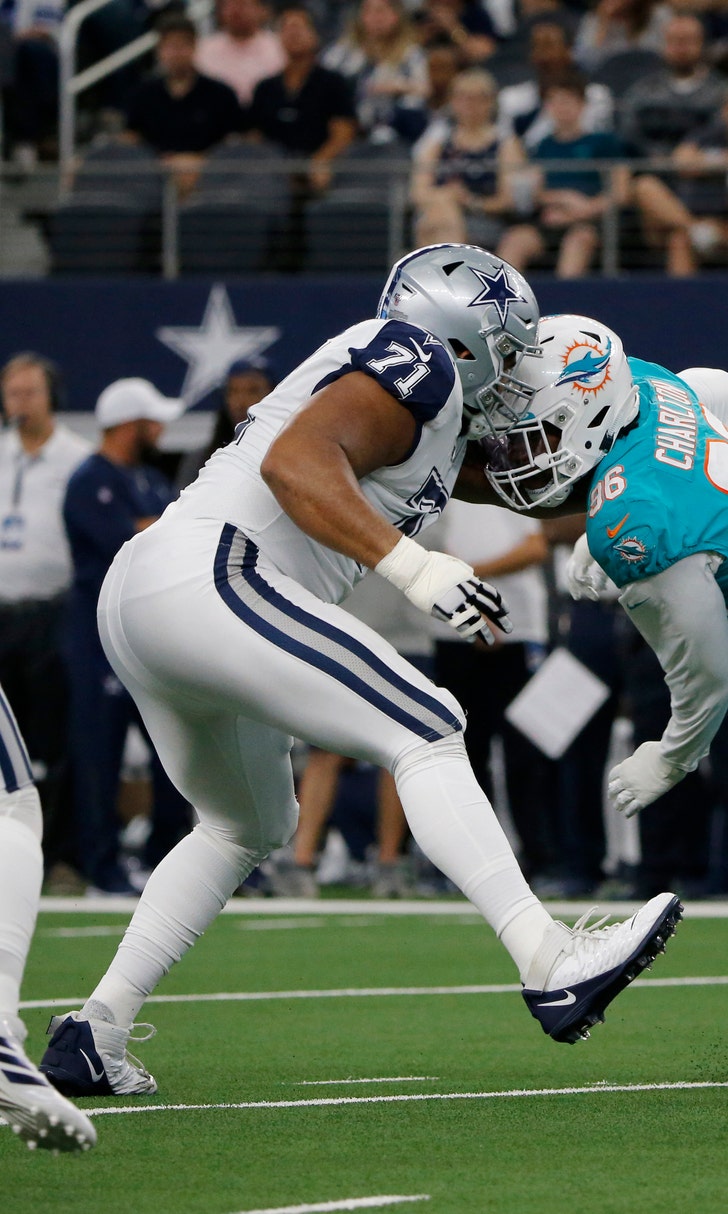 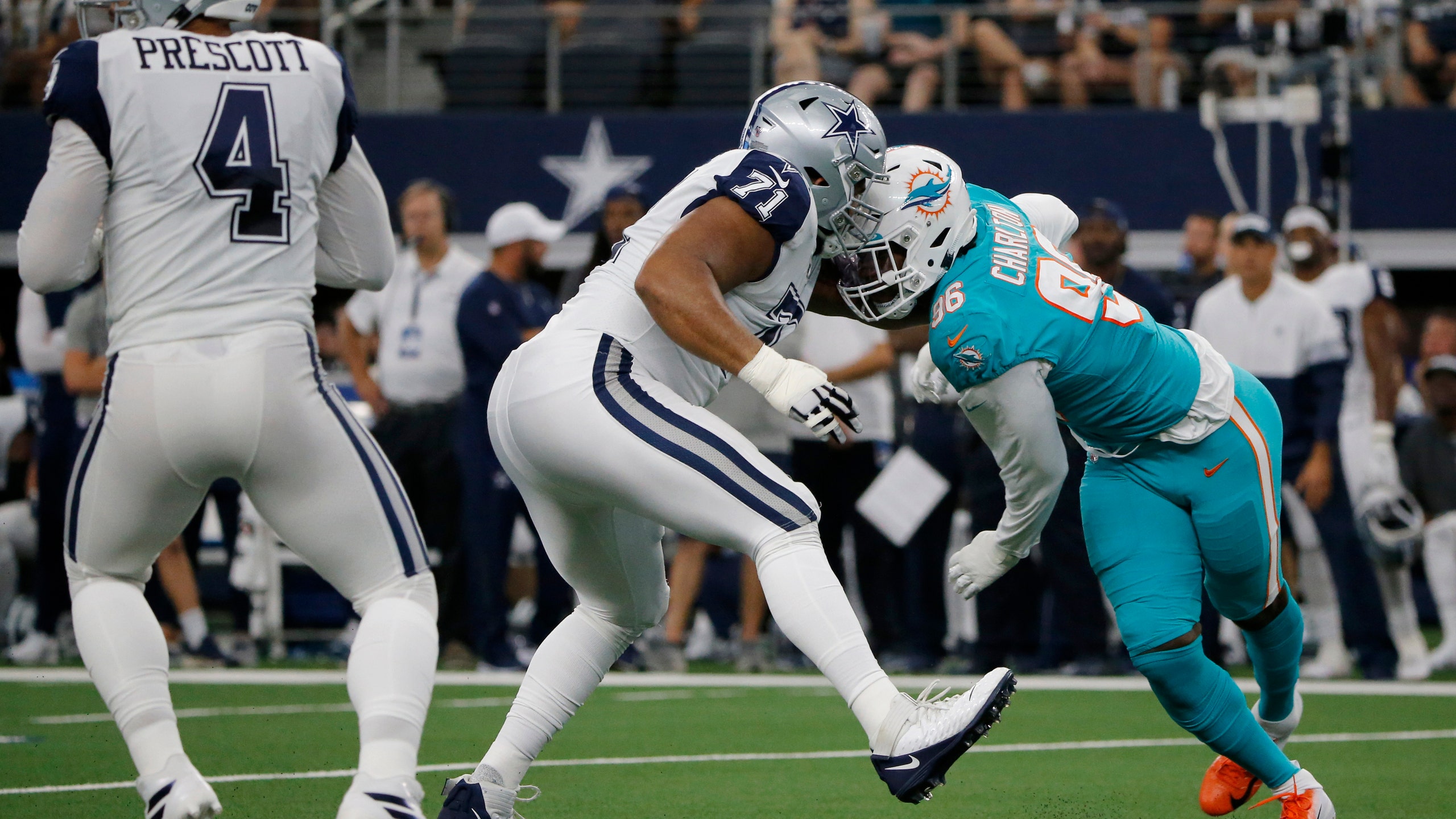 Taco's time with Dolphins starts with sack against Cowboys

ARLINGTON, Texas (AP) — Taco Charlton realizes it is now up to him to prove whether the Dallas Cowboys were right to give up on him only two seasons after the defensive lineman was their first-round draft pick.

Only three days after being claimed on waivers by the Miami Dolphins, Charlton was back on the field Sunday at AT&T Stadium going against the Cowboys.

"On the field, if you go three years down the line, then we will get to see who is right and who is wrong. It is on me now. I get to play football."

A healthy scratch by the Cowboys the first two games this season, Charlton got his wish when he was released. He got claimed Thursday by the Dolphins, joined them for practice Friday and returned with his new team to Texas, where he played and had the only sack of Dak Prescott in Miami's 31-6 loss.

Charlton said he didn't know for sure until Saturday that he was going to get to play, and relished the chance against his former team.

"It was very fast," he said. "It's something I wanted, just was real quick."

Charlton, the 28th overall pick in the 2017 draft, had four sacks in 27 games for the Cowboys. He went into training camp with his roster spot in jeopardy, but was solid in preseason games while other defensive linemen recovered from injuries.

When DeMarcus Lawrence and Tyrone Crawford returned to the Cowboys defense to start the regular season, Charlton didn't play the first two games. He got waived when Dallas needed to make room on the roster for Robert Quinn after he completed a two-game suspension for violating the NFL's policy on performance-enhancers.

Quinn also had a sack in his debut for the Cowboys (3-0) after an offseason trade from the Dolphins.

Charlton got his first action on a second-down play about 2½ minutes into the game, and wasn't able to make anything happen. But he was credited with an assisted tackle of Ezekiel Elliott on the next play.

Cowboys right tackle La'el Collins knocked him to the ground on a couple of plays, and tight end Jason Witten also chipped him on one of those plays before breaking loose and going up the right sideline for a 33-yard catch-and-run.

Late in the third quarter, also going against Collins, Charlton got around him and Tyron Smith to sack Prescott.

"Saw him in the game. ... Real good. I'm going to try to claim part of that," Cowboys owner Jerry Jones said.

"I told Taco good luck on everything," Prescott said. "I didn't tell him congrats on that sack or anything. I could have thrown it away, but he can have that one."

Prescott then joked about not throwing away a pass to protect his completion percentage.

Charlton said the Dolphins (0-3) are giving him a chance to pass rush more, which is what he wants to do. He said the sack of Prescott is something to build on as he moves into a normal week of preparation with his new team.