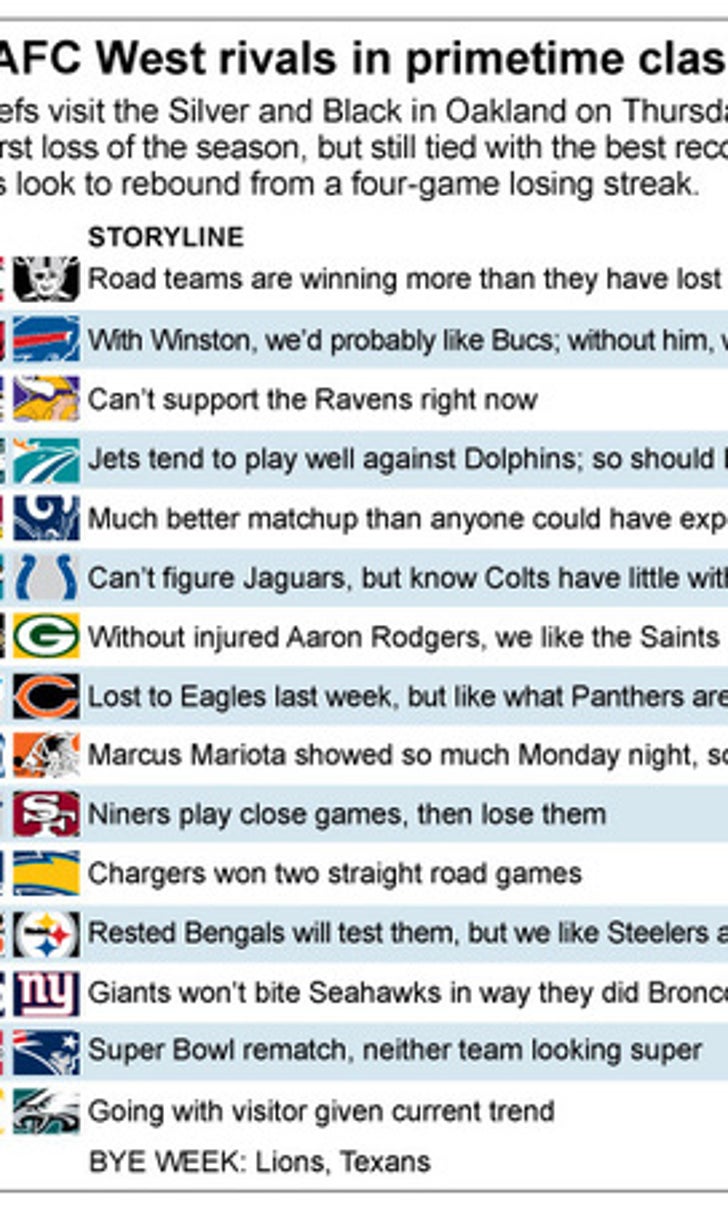 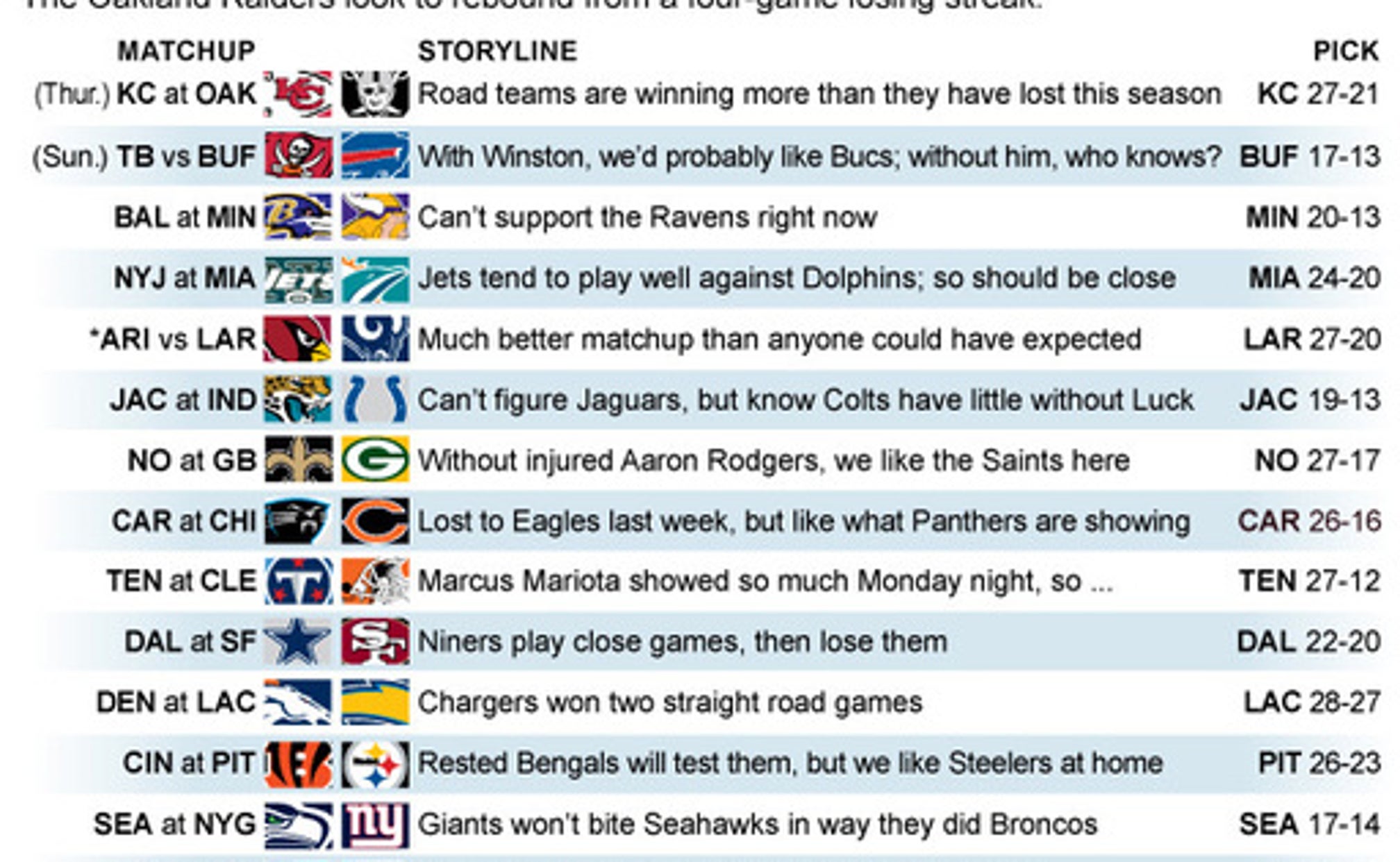 No longer unbeaten, Kansas City now must concentrate on remaining atop the AFC West and, if the Chiefs can manage it, in front of the rest of the conference pack.

The first step toward that comes Thursday night at Oakland, not exactly a favorite destination for the Chiefs through the years.

Except that recently, KC doesn't lose within the division. Andy Reid's crew has won 12 in a row against the AFC West, five straight and seven of the past eight against the Raiders. Most of those wins weren't close.

''I wish I had the secret,'' Chiefs quarterback Alex Smith says. ''I'm sure it's a ton of things. It's ultimately about the 53 guys. It's about us scratching and fighting and clawing for the smallest of little victories that end up being the difference to winning these games, because the margins are so small.''

With road teams winning more than they have lost this season (45-44), which hasn't happened over a full schedule since the 1970 merger, the natural pick is the Chiefs (No. 2 in AP Pro32).

With this being one of the great, longstanding pro football rivalries, it's hard to pick against the host Raiders (No. 24 in AP Pro32). Then again, there is that string of wins for Kansas City.

Another nail-biter, this time the Ravens rallying, then falling against the Bears. Pro Picks gets knocked out again.

Still, we march on with the RAMS.

Marcus Mariota showed so much Monday night, so we'll climb aboard Titans bandwagon.

Winner of this one takes control of NFC East. Going with visitor given current trend.

Steelers turned it on for a while against KC, but rested Bengals will test them.

Much better matchup than anyone could have expected Twickenham to host.

Giants won't bite Seahawks in way they did Broncos.

Can't figure Jaguars, but know Colts have little without Luck.

Jets tend to play well against Dolphins. So should be close.

Despite loss to Eagles last week, we like what Panthers are showing.

Wonder what spread would be if A-Rod was healthy and playing.

With Winston, we'd probably like Bucs. Without him, who knows?

Upset special: 6-0 against spread, 6-0 straight up