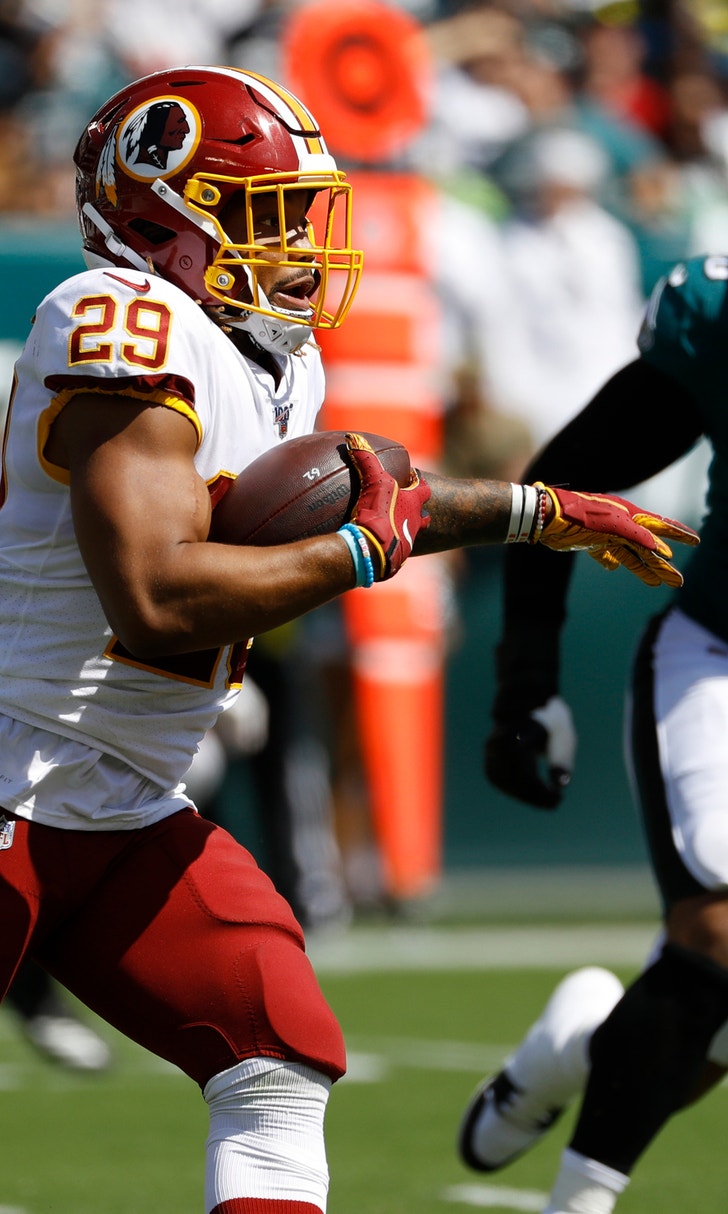 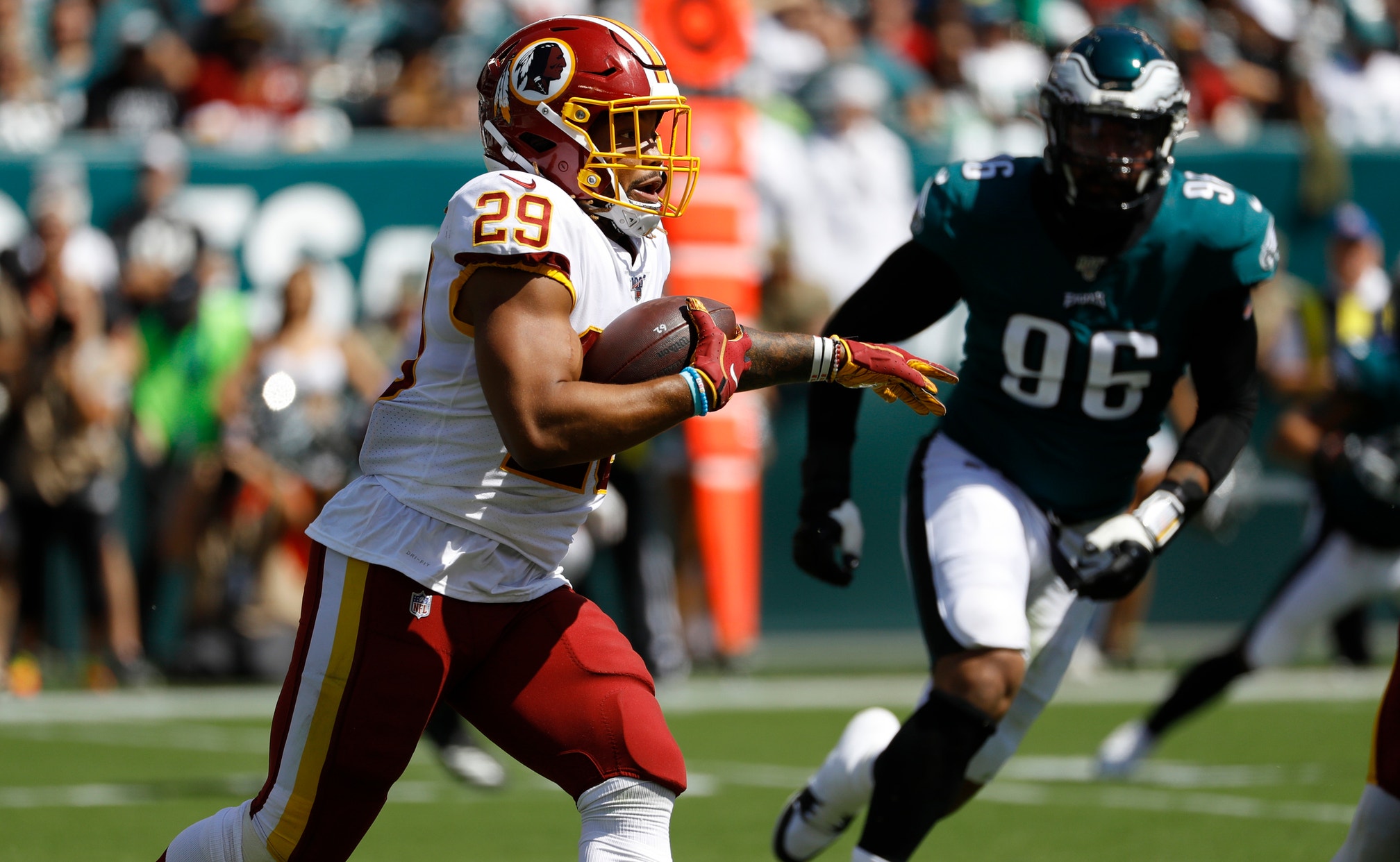 Renowned surgeon Dr. James Andrews performed the operation Thursday that has been reported to fix a torn meniscus and sideline the 2018 second-round pick for an extended period of time. Gruden said he isn't sure how long Guice might be out and no decision has been made on whether to place him on injured reserve.

Guice was injured Sunday in a season-opening loss at Philadelphia when he rushed for just 18 yards on 10 carries and underwent an MRI the morning after.

"Don't feel bad for me!!" Guice tweeted . "This what I signed up! It wear and tears on your body over time! I've been doing this 15 years!! Trust the process.. head up chin up and grind."

With Guice out, veteran Adrian Peterson is expected to start Sunday against the Dallas Cowboys after being inactive in Week 1. Peterson noticed when Guice tweaked the knee early against the Eagles, but didn't realize the extent of the injury until much later.

"First thing, I told him to keep his head up, and I had the opportunity to text back and forth with him and sent him a lengthy message just encouraging him to not try to wrap his mind around why he's in this situation, but more so focus on what you can do to come out of this situation and get back healthy," Peterson said.

Guice missed all last season after tearing the ACL in his left knee in an exhibition game in August 2018. Gruden praised Guice for coming back strong from the torn ACL and expects the same this time because it's not as major of a surgery.

"I don't have a concern with him getting back to full strength" Gruden said. "He came back extremely strong with the much more damaged knee last time. This is a minor procedure from what I've been told and he will be back. Great kid, works extremely hard and eventually he's going to show (fans) what he's all about."

For now, that job falls to Peterson, who rushed for 1,042 yards and seven touchdowns last season after signing to fill the void left by Guice's absence. Calling his healthy scratch in Week 1 "water under the bridge," the 34-year-old intends to get right back in the swing of things as Washington's featured back.

"It was just a week off, pretty much," Peterson said. "I'm a professional. I've been through way worse than not being active for Week 1 through my life. I've got a lot of guys in this locker room that supported me and these guys want to win, so I'm going to go out there and continue to put my best foot forward."