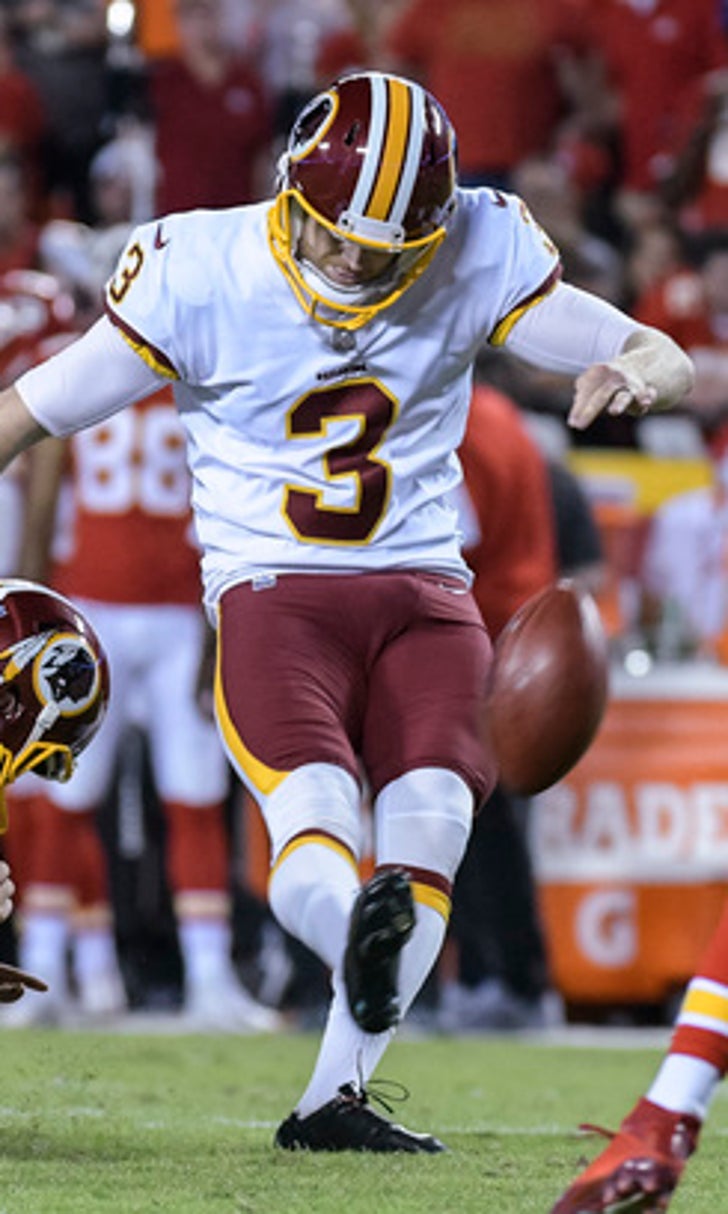 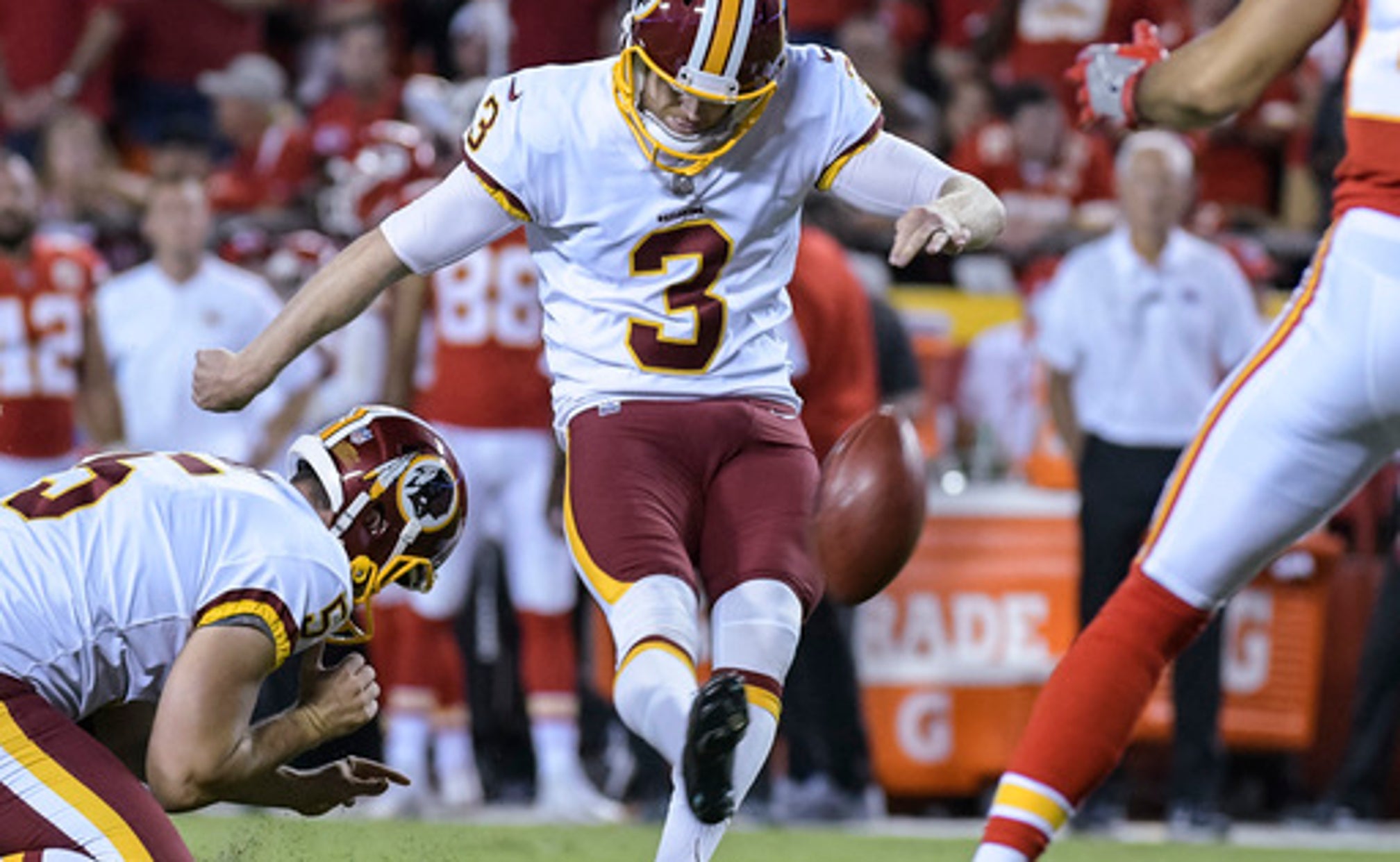 The team announced the moves Wednesday.

He played college football at Texas, finishing his career there in 2015. He made 27 of 38 field goals and 71 of 74 extra points for the Longhorns.

Rose has been with the Atlanta Falcons and San Francisco 49ers but did not make a regular-season roster with either club.

Hopkins missed an extra-point attempt during Washington's 26-24 victory over the San Francisco 49ers on Sunday. He is 12 of 13 on PATs and 9 of 11 on field-goal tries this season. Both missed field goals were from beyond 50 yards.