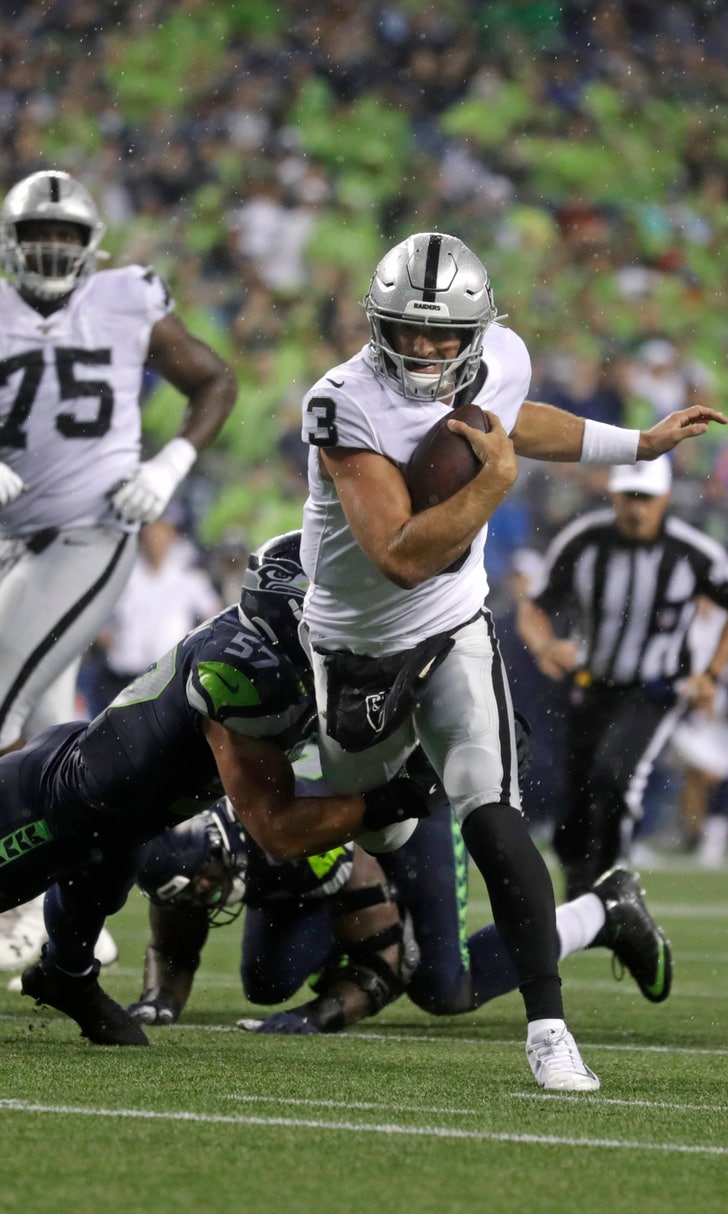 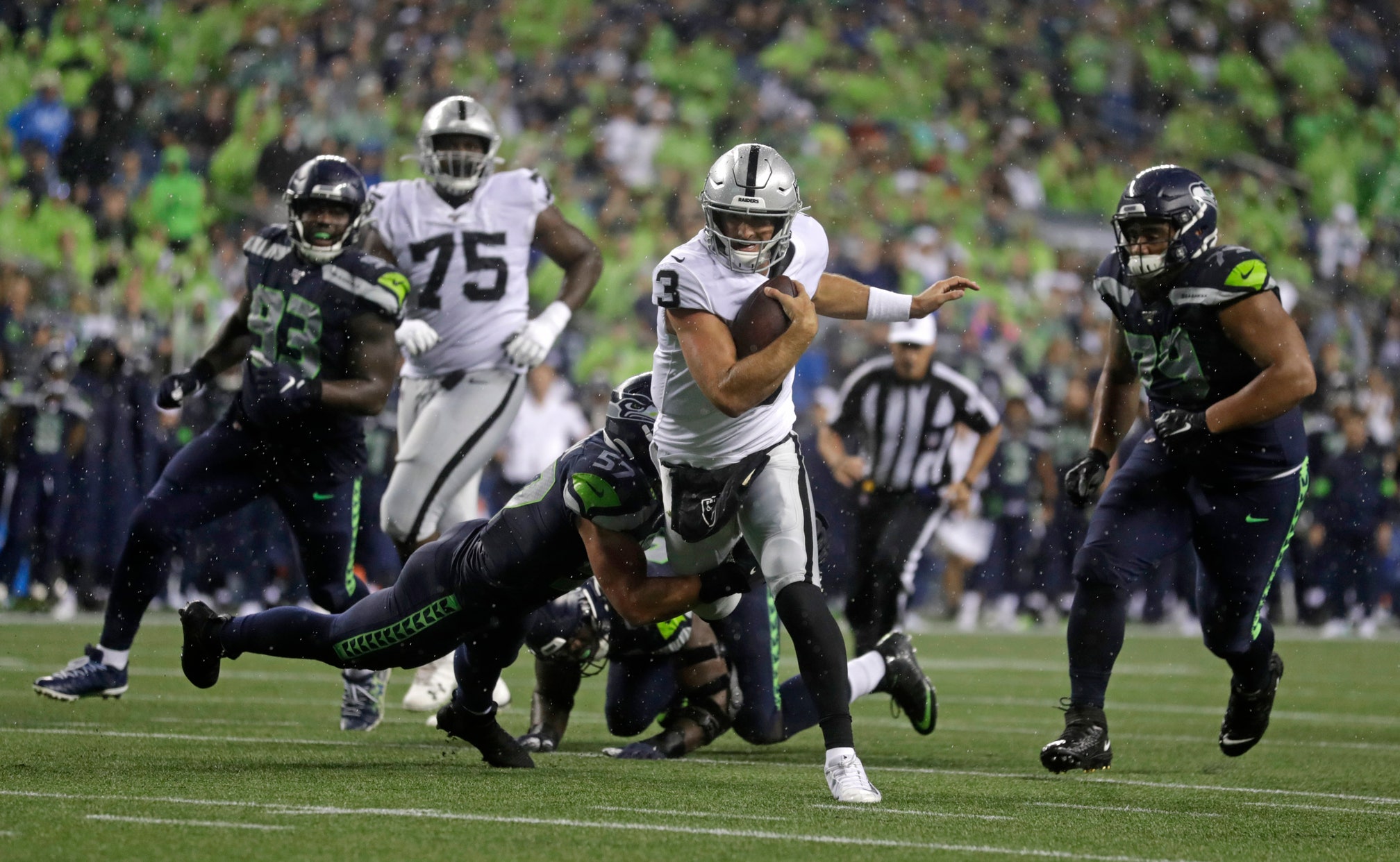 ALAMEDA, Calif. (AP) — The Oakland Raiders placed third-string quarterback Nathan Peterman on injured reserve with an elbow injury Monday, a day after claiming DeShone Kizer off waivers from Green Bay as the fourth quarterback on the roster.

Peterman had a strong preseason for the Raiders after the former fifth-round pick flamed out in Buffalo. Peterman completed 60 of 84 passes for 475 yards, three TDs and no interceptions for a 97.1 rating.

But he hurt a ligament in his elbow in the preseason finale at Seattle last week and now will miss at least the first eight weeks of the season. Oakland has the option of designating him as one of two players who can be activated from IR later this season.

Peterman struggled mightily with the Bills, throwing five interceptions in the first half of his first start in 2017. In eight games over two seasons, Peterman completed 52.3% of his passes with 12 interceptions, three TDs and a 32.5 passer rating.

Only two players since the merger have thrown more passes than Peterman's 130 with a lower rating. Scott Bull had a 24.8 rating for San Francisco and Kim McQuilken had a 17.9 rating for Atlanta and Washington, both in the 1970s.

Kizer, a former second-round pick by Cleveland in 2017, hasn't fared much better. He started 15 games as a rookie, completing 53.6% of his passes with 22 interceptions, 11 TDs and a 60.5 rating. He played sparingly as a reserve last season in Green Bay before getting cut on Saturday.

Peterman and Kizer have the worst interceptions rates in the NFL over the past two seasons among quarterbacks with at least 100 pass attempts.

"I'm a big believer that you have to take care of that position. Kizer is a guy that I liked coming out of Notre Dame. He's only 23 years old. He has 15, 16 starts," coach Jon Gruden said.

"So he's had a lot of reps. He's had a lot of experiences. I'm sure most of his bad experiences, like Peterman, will be reported over and over. But I think he's got a big upside. He's athletic. I know (offensive coordinator) Greg (Olson) and I are looking forward to working with him. We have to fast-track him. He has a lot to learn in a short period of time."

The Raiders also placed cornerback Isaiah Johnson on injured reserve after he suffered a facial injury in the preseason opener last month against the Rams.

Oakland brought back two players it had released over the weekend to fill those spots, signing defensive end Josh Mauro and linebacker Kyle Wilber.

The Raiders were hoping to bring Mauro and Wilber back. Mauro has been getting work as a starting defensive end in the base defense because of his strength against the run and Wilber is a core special teams player.