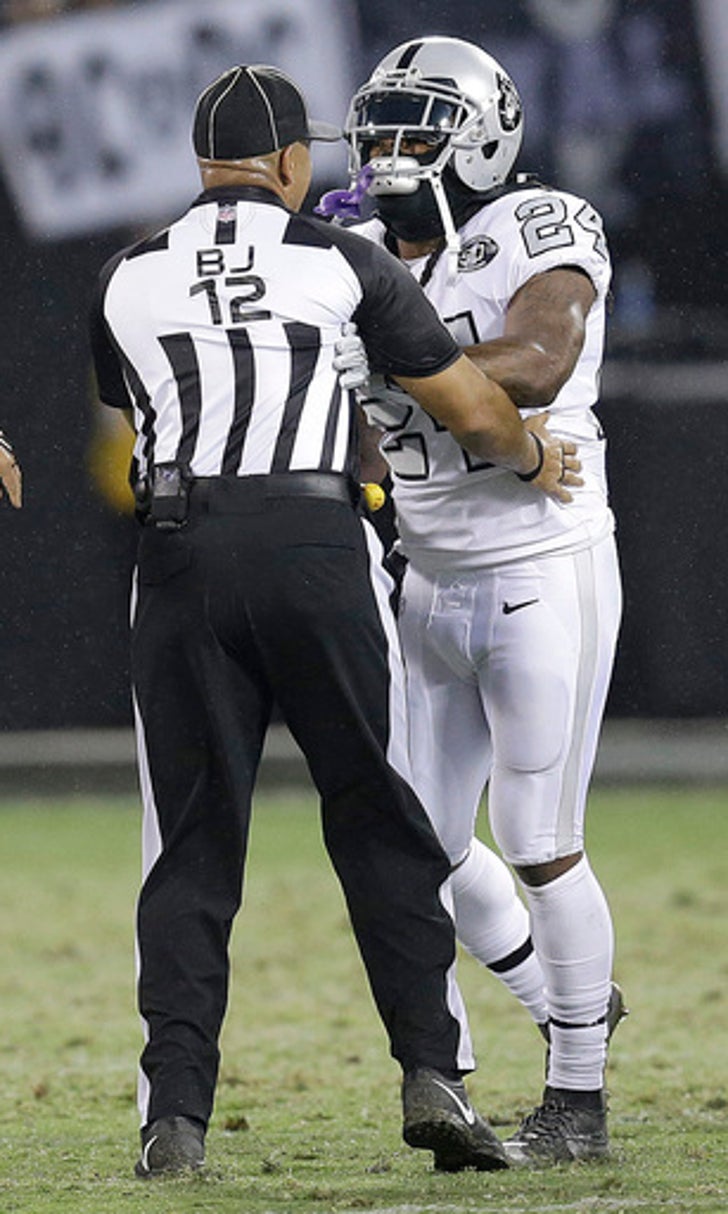 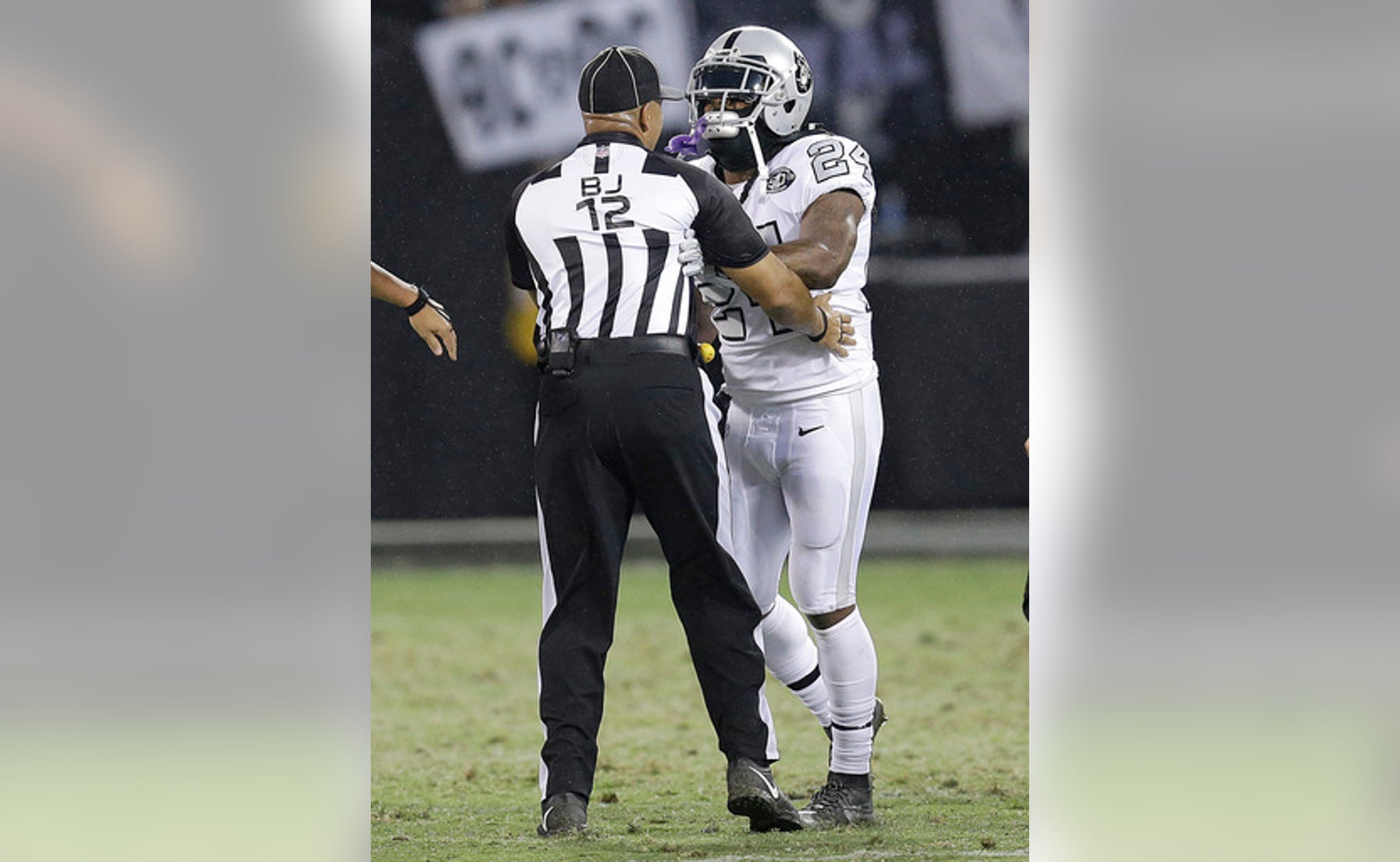 NEW YORK (AP) Oakland running back Marshawn Lynch was suspended for one game without pay by the NFL on Friday for shoving a game official during the Raiders' victory over Kansas City on Thursday night.

Lynch was ejected from the game after he shoved line judge Julian Mapp.

The scuffle started when Oakland quarterback Derek Carr was hit late on a run by Kansas City's Marcus Peters midway through the second quarter. Raiders offensive linemen Kelechi Osemele and Donald Penn immediately confronted Peters, and Lynch sprinted onto the field from the bench to join the fray. Mapp tried to break up the fight, but Lynch pushed him and grabbed his jersey. Lynch also got a personal foul.

''You made deliberate physical contact with one of our game officials as he was diffusing an active confrontation between players. You were disqualified for your inappropriate and unsportsmanlike actions. Your conduct included pushing the game official and grabbing his jersey. ... You were not directly involved in the active confrontation that the game official was attempting to diffuse, nor were you a participant in the play that initiated the confrontation. You were the only player from either team who ran from the sideline to midfield to insert himself into a situation in which he was not directly involved.''

Lynch will be eligible to return to Oakland's active roster on Oct. 30, the day after the Raiders' game against the Buffalo Bills.

Lynch finished the game with two carries for 9 yards.

The Raiders rallied to win 31-30 on a touchdown pass by Carr on the final play, and Lynch was in the locker room after the game congratulating his teammates.

Lynch came out of retirement this season and was traded from Seattle to the Raiders. Lynch said he wanted to make a comeback so he could give something back to his hometown of Oakland before the Raiders move to Las Vegas in 2020.

Lynch has rushed for 266 yards and two touchdowns in seven games.