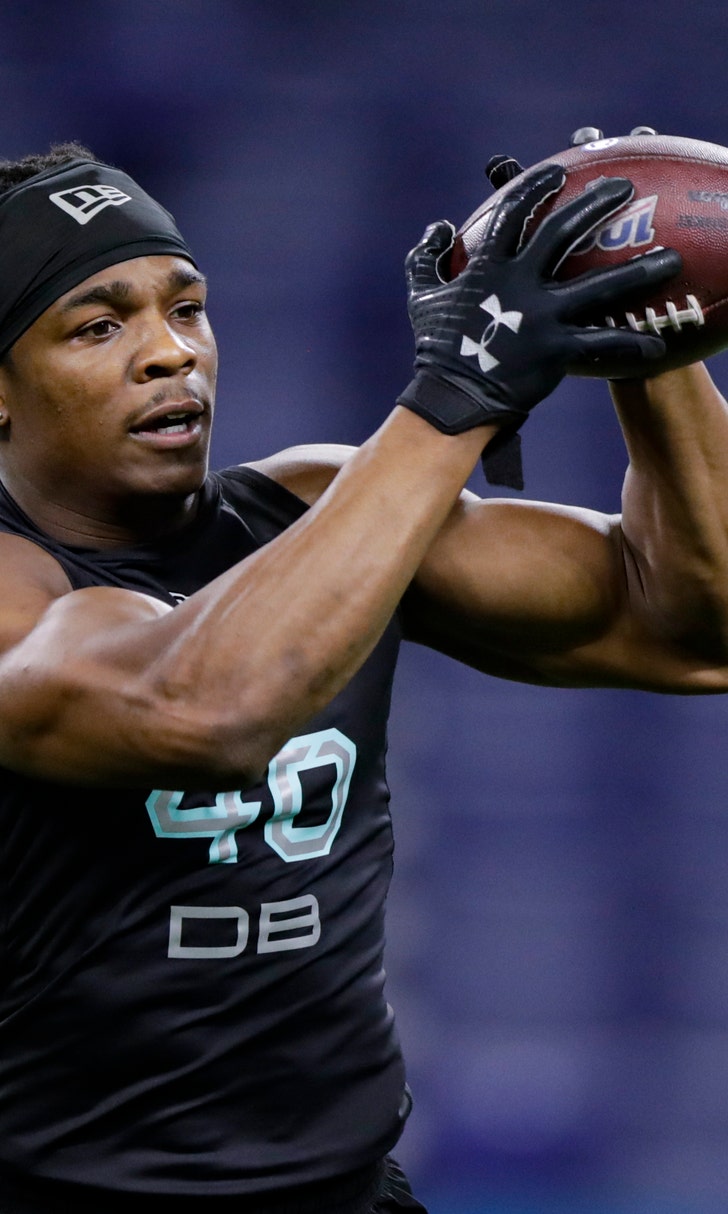 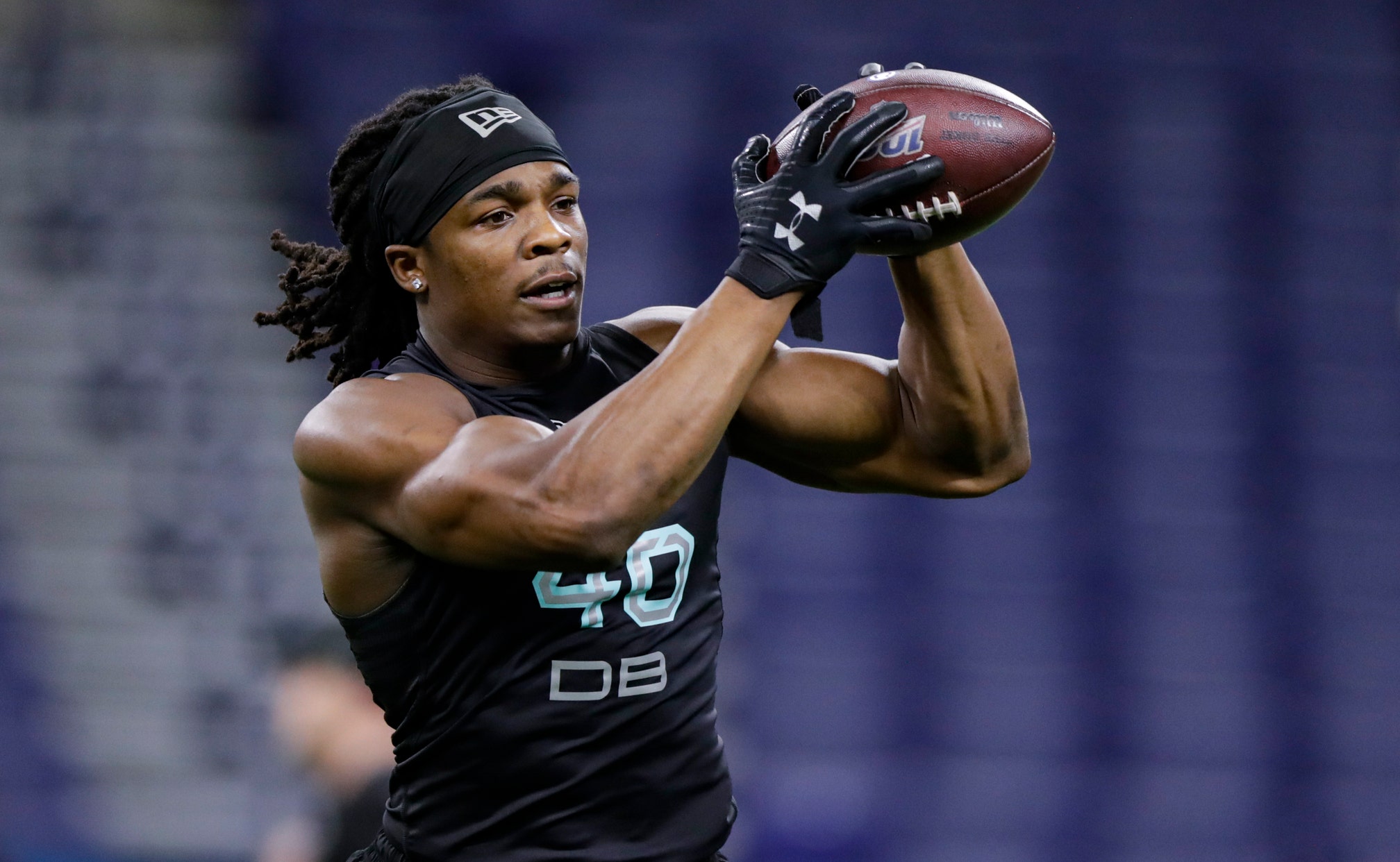 BOSTON (AP) — After trading out of the first round on Day 1 of the NFL draft, the Patriots went to Tobacco Road to make a little history on Day 2.

New England selected safety Kyle Dugger out of Lenoir-Rhyne University 37th overall in the second round Friday night. The Patriots' pick marked the first time an NFL team has selected a Division II safety during the first three rounds since 2006.

Later the Patriots moved up, trading the 71st and 98th overall picks (both in the third round) to Baltimore for the 60th and 129th (fourth round) picks. New England used the 60th pick to take Michigan linebacker Josh Uche and also added Alabama edge rusher Anfernee Jennings in the third round (87th overall).

New England then made one final move, getting the 101st pick (third round) from the Jets in exchange for the 125th and 129th selections in the fourth round. and a 2021 sixth-rounder. The Patriots used that one to get Virginia Tech tight end Dalton Keene.

A versatile defender and special teams player during his five-year career Lenior-Rhyne (enrollment 2,700), it took a while for Dugger to get on NFL executives’ radar after entering high school in Georgia at just 5-foot-6 and 140 pounds.

But the 24-year-old grew to 6--1, 217 pounds by his senior season in 2019, earning the Cliff Harris Award as the top small-school college defensive player despite playing in just seven games because of a finger injury. He finished his career with 10 career interceptions and six punt returns for touchdowns.

“Probably the closest thing would definitely be Christmas,” he said.

The Patriots head into the final day with six picks over the final three rounds. Director of player personnel Nick Caserio said it’s still possible one of those could be another quarterback.

"We’re going to have a third quarterback on the roster,” Caserio said. “Where he comes from and how he gets here have yet to be determined.”

Dugger is the first Lenoir-Rhyne player to be drafted since John Milem was taken by San Francisco in the fifth round in 2000.

The Patriots will be looking for the 6-1, 245-pound Uche to help rebuild at linebacker after they lost Jamie Collins, Kyle Van Noy and Elandon Roberts in free agency. That trio combined for 117 tackles and 14 1/2 sacks in 2019.

Jennings earned a first-team All-SEC selection as a senior, leading Alabama with eight sacks and 12 tackles for loss.

He started nine of the Wolverines’ 13 games as a senior, leading the team with 8 1/2 sacks and earning second-team all-conference honors. Uche played on both the edge and on the inside, giving New England multiple options to work him into the scheme.

He’ll join a unit that also features former Michigan teammate and defensive end Chase Winovich, whom the Patriots drafted in the third round last year.

“That was my boy,” Uche said. “It’s just great to have that chemistry back possibly.”

Dugger said he spoke with the Patriots several times throughout the draft process, including multiple conversations with coach Bill Belichick.

A Georgia native, Dugger comes from a family of athletes. His mother, Kimberly Dugger, played basketball for Fort Valley State University in the 1980s and was inducted into the school’s athletic hall of fame. His older brother, Patrick, played at Lagrange (Ga.) College from 2012 to 2014.

Dugger was considered to be a top prospect in a strong small-school class that also includes offensive lineman Ben Bartch of St. Johns (Minnesota), running back James Robinson of Illinois State, tight ends Charlie Taumoepeau of Portland State and Adam Trautman of Dayton.

Three of the four, in addition to Dugger, were at the Senior Bowl.

Dugger said the Senior Bowl appearance was the icing on a senior season in which he drew at least one representative from every NFL team to Lenoir-Rhyne's campus in Hickory, North Carolina.

“It just gave me an opportunity to kind of solidify what I already knew, that I could play at this level,” Dugger said.

He will now have a shot to compete for a spot on a secondary that has an opening after New England traded safety Duron Harmon to the Lions. Dugger also will have a chance to learn from a pair of 10-year veterans in Patriots starting safeties Devin McCourty and Patrick Chung.