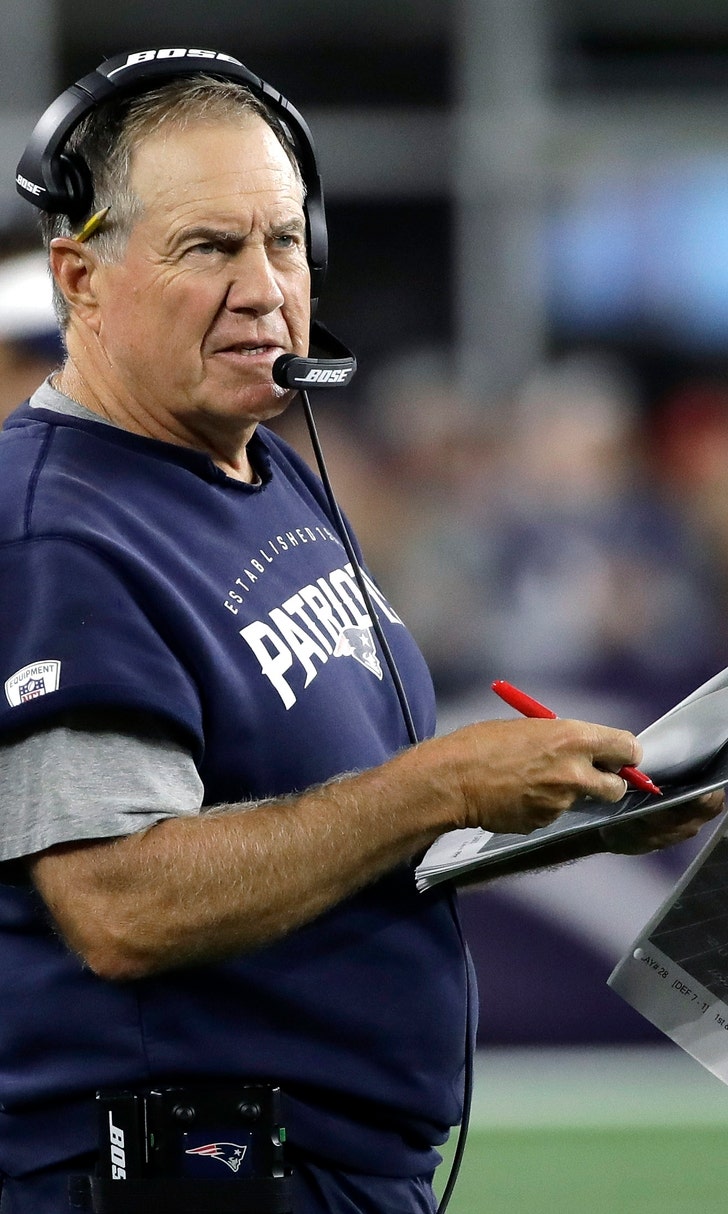 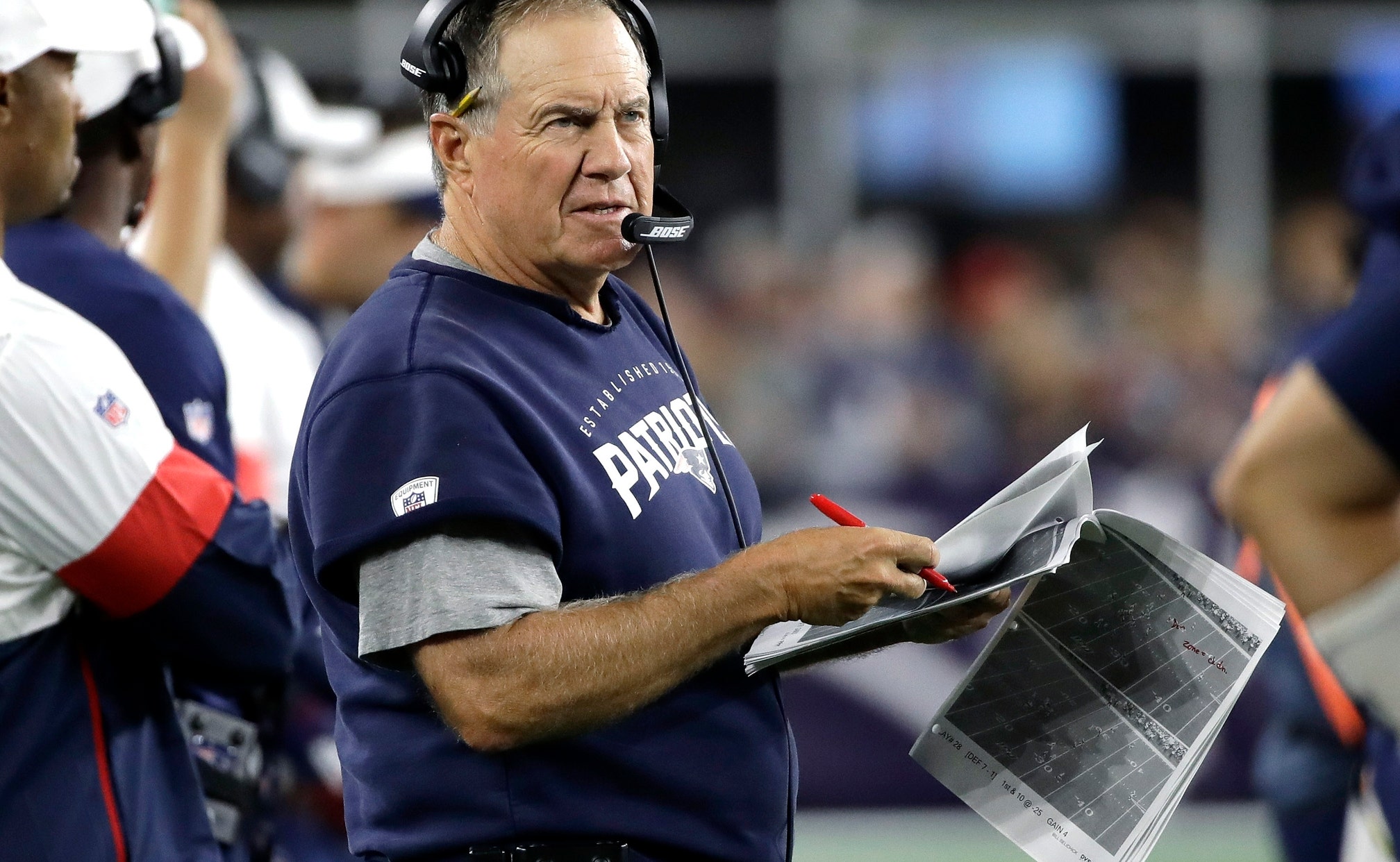 Patriots coaches mum on plans for Brown this week vs. Miami

He's even less concerned about anyone outside the Patriots organization who questions whether Brown can fit into New England's system without being disruptive.

That's because he remembers hearing similar sentiments about another outspoken receiver he traded for more than a decade ago.

"It's the same thing you said about Randy Moss when we brought him in," Belichick said Tuesday.

Moss, who clashed with the coaching staffs in both Minnesota and Oakland before being shipped to New England in 2007, flourished with the Patriots. Moss, who was Tom Brady's chief deep threat that season, had a career-high 23 touchdown receptions and 1,493 receiving yards on his way to earning All-Pro honors for the fourth and final time in his career.

Brown is coming off his sixth consecutive 1,000-yard season, but has yet to be on a Super Bowl-winning team.

Brown was originally traded from Pittsburgh to Oakland in the offseason. But a bizarre foot injury, fight with the NFL over his helmet, skipped practices, multiple fines, a run-in with general manager Mike Mayock and odd social media posts ultimately led to the decision to release him.

Brown agreed to a deal with New England just hours after being granted his wish to be released by Oakland on Saturday.

How much the Patriots plan to use him this week when they visit division foe Miami remains to be seen.

"We think he'll help our team, but until we start working with him ... and see exactly how everything fits together and what we can develop we'll just have to see how that goes," Belichick said.

While New England's players have yet to practice this week and officially had Tuesday off, Belichick said they were "going through information with (Brown) like we would any new player."

A big part of that acclimation process will be spending time with offensive coordinator Josh McDaniels, who like Belichick, has witnessed Brown's ability to exploit defenses as a member of the Steelers.

But McDaniels was adamant that he won't change anything about his play-calling approach this week just to get Brown involved.

"We'll see how it goes as we go forward, but certainly we've always had the same concept in terms of our run game, pass game, our offense in general," McDaniels said.

"We're going to try to throw it where we're supposed to throw it and we don't try to force the ball anywhere or to anybody because that's not necessarily the way we do it."

Brady said earlier this week that while they were "all excited to have him," Brown's late arrival does give him the same challenge that receivers Josh Gordon and Phillip Dorsett faced when they joined the team.

"I think everybody's excited to add great players. It helps everybody when you have great players that are sharing the burden of a tough football season," Brady said. "But, we haven't had a training camp together ... so you've got to force a lot of information.

"All I could say is we're just going to work as hard as we possibly can to get up to speed as quickly as possible."