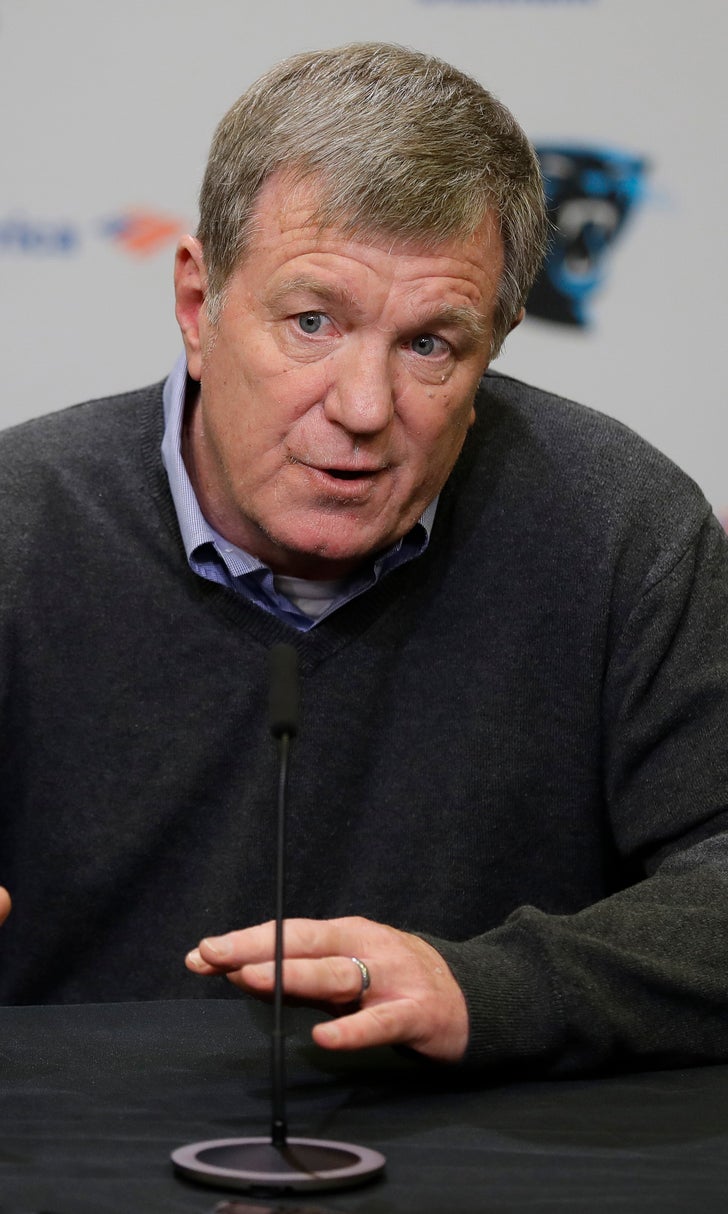 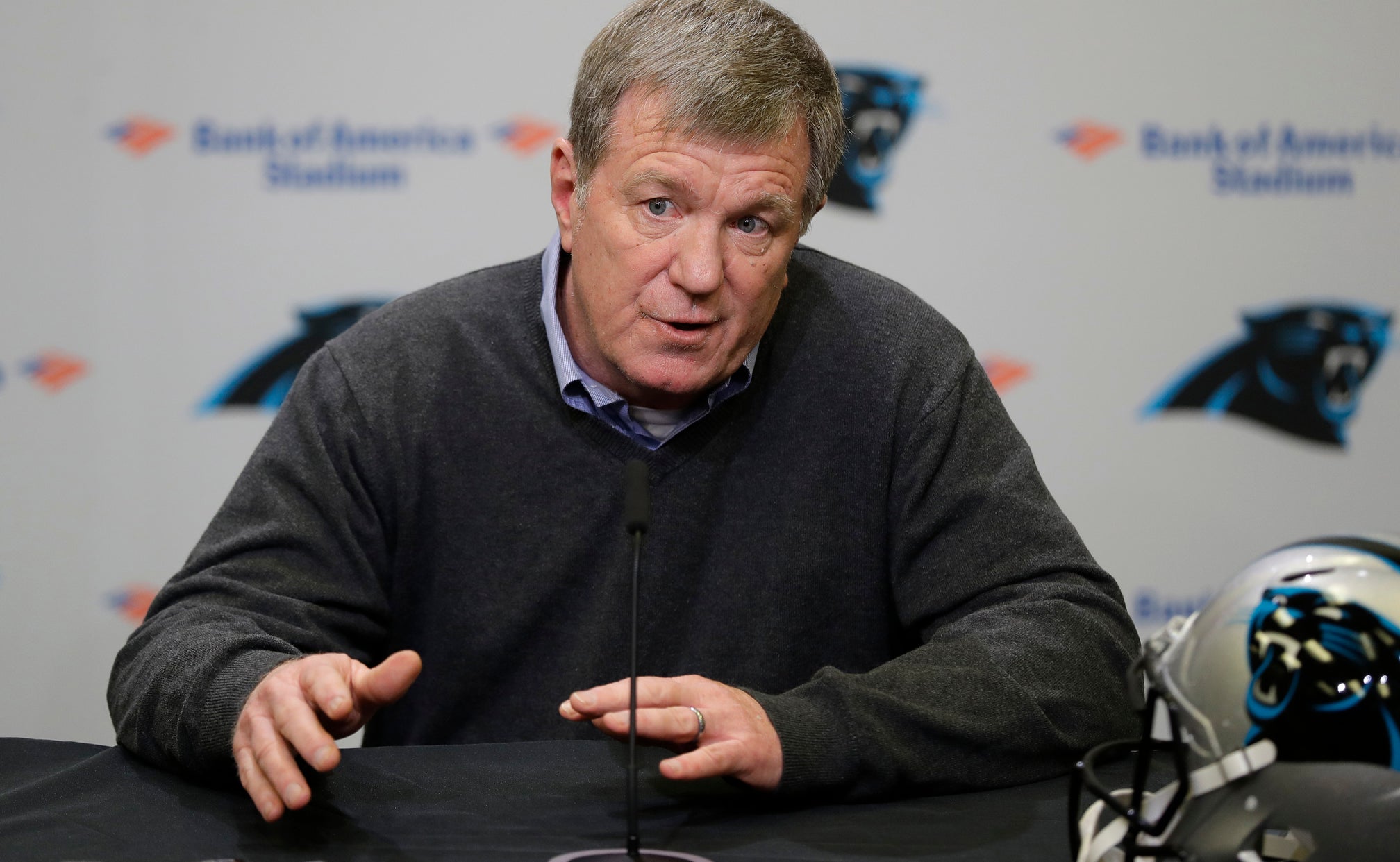 CHARLOTTE, N.C. (AP) — The Panthers are doing everything they can to bolster their pass rush knowing they’ll be facing division foes that feature Tom Brady, Drew Brees and Matt Ryan at quarterback.

Carolina selected defensive end Yetur Gross-Matos from Penn State with the sixth pick in the second round Friday night after taking Auburn defensive tackle Derrick Brown in the first round.

The Panthers then traded back up into the bottom of the second round to select versatile safety Jeremy Chinn from Southern Illinois at No. 64 overall. The Panthers gave up their a third-round (No. 69) and fifth-round (148th overall) picks to Seattle to move up.

“We have to be able to affect the quarterbacks that we're going to face," Panthers coach Matt Rhule said.

He was a first-team all-conference selection as a junior at Penn State, recording 40 tackles and 9 1/2 sacks. He is expected to compete for a starting job with last year’s first-round draft pick Brian Burns and new free agent acquisition Stephen Weatherly from the Vikings.

“We are always looking for pass rushers and he is guy who can get on the edge and turn the corner," Rhule said. “He can also play inside and rush the quarterback.”

Carolina previously selected Brown with the No. 7 overall pick, a sign the team is making a considerable effort to upgrade a defensive line unit that was devastated by free agent departures like Mario Addison, Gerald McCoy, Dontari Poe and Vernon Butler.

Panthers general manager Marty Hurney said entering the draft the team's focus needed to be on upgrading the defense after addressing mostly offensive needs in free agency. Carolina is looking to replace nine starters from last year's defense that allowed 29.4 points per game, second-most in the league.

“Coming in if you had told us we could have gotten these three guys we would have been really ecstatic,” Hurney said.

Gross-Matos’ childhood was marred by family tragedies that he said have shaped who he became as a person.

When he was 2 years old, he fell off the side of a boat during a family outing. His father, Michael Gross, saved Yetur but drowned in the process. He was 29. Nine years later, Gross-Matos’ brother, Chelal, died after he was struck by lightning while the the brothers were playing outside.

“It put the rest of my life in perspective,” Gross-Matos said on a video conference call. "It’s about taking advantage of opportunities every second, every day. Give your best and love the people around you. Me and my family are a very close group. ... I’m just happy to be in this moment with these people and I can’t wait to celebrate with them.”

The 6-foot-3, 221-pound Chinn brings size, speed and versatility to the table and Rhule views him as a “positionless player,” meaning he can float to several spots. Chinn will play safety, but also see action at nickel and dime and spend time covering tight ends and running backs out of the backfield.

“You don't find guys that big that can run that fast,” said Rhule, who was clocked at 4.45 seconds in the 40-yard dash.

The 6-5, 326-pound Brown figures to play a big role in Carolina's defense and will help free up players like Gross-Matos to make plays.

Viewed as a three-down player, Brown gives the Panthers a legitimate run-stuffer who takes up multiple blockers and can free up other defenders to make tackles while also making plays on his own.

Auburn coach Gus Malzahn said Friday the Panthers got a “steal” with Brown at No. 7.

“There was a decent chance he would go in the first round last year (but) he chose to come back to get his degree, to finish with his teammates," Malzahn said. "And his goal was to be a top 10 pick. First of all, I think that’s real special. He accomplished his goal. He came back and is a Top 10 pick.”

The Panthers have one pick in each of the final four rounds on Saturday.