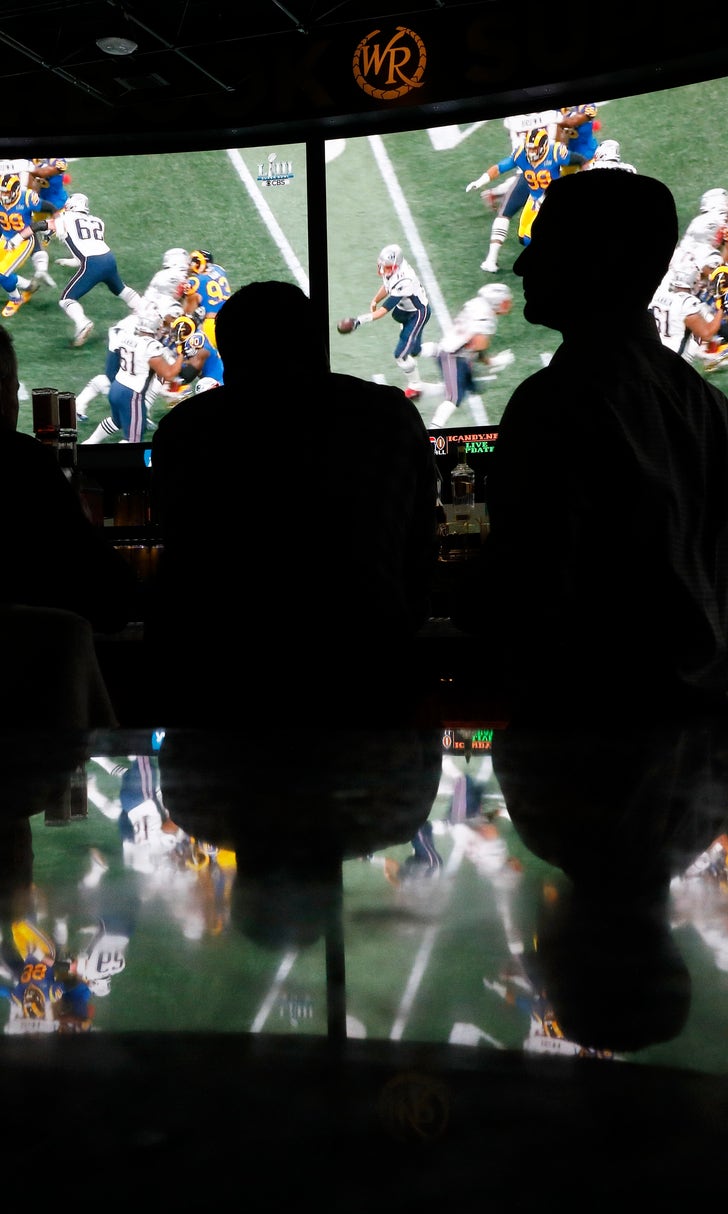 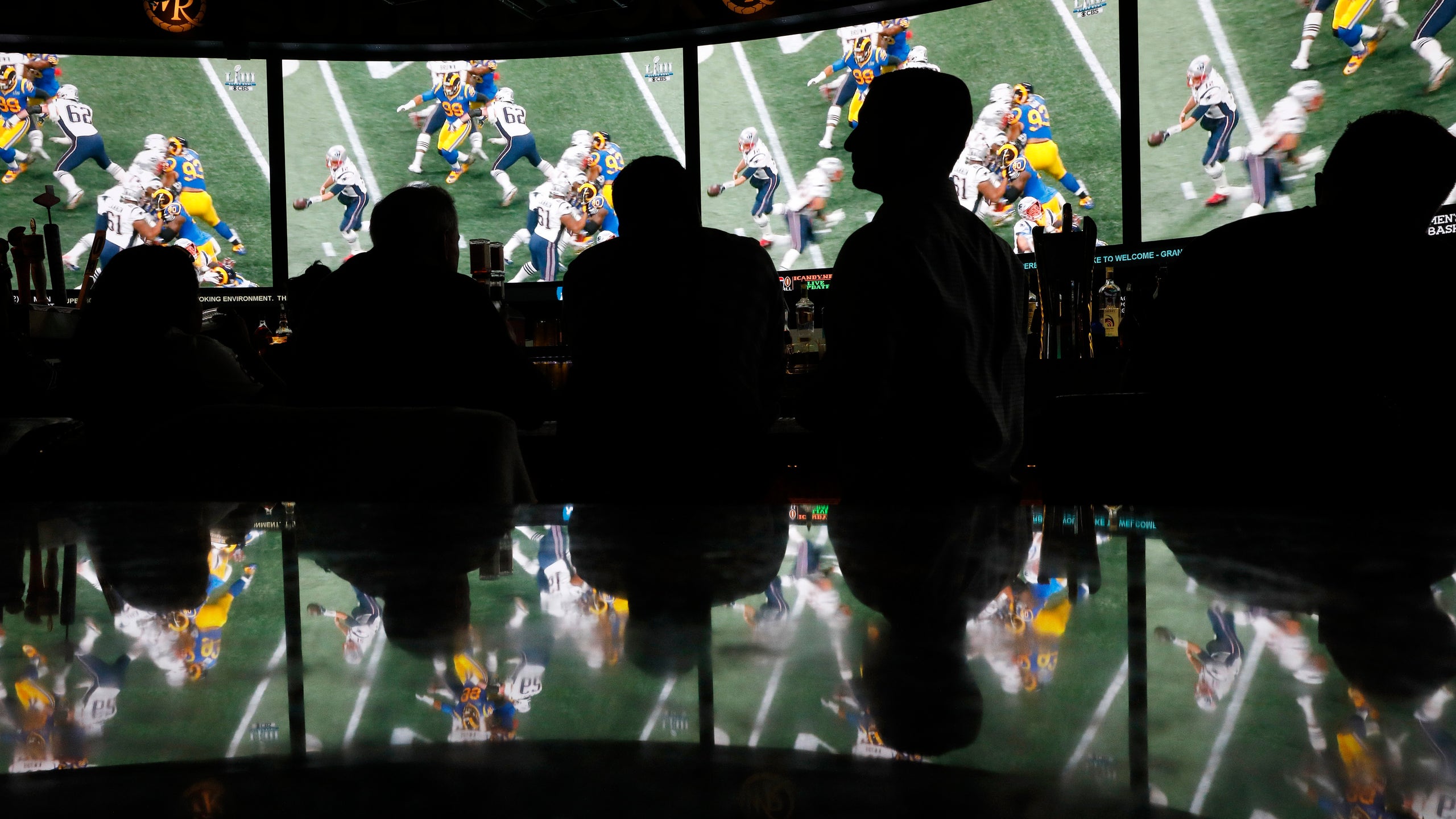 previous story
The Latest: Less money bet on Super Bowl at Nevada casinos
next story
McMahon shoots No. 16 Cardinals past No. 11 Hokies, 72-64

LAS VEGAS (AP) — Football fans in three states legally bet almost $185.5 million on the Super Bowl this year, with sportsbooks ending Sunday with mixed results and Nevada operators seeing the first drop in the total amount wagered on the game since 2015.

The game between the New England Patriots and Los Angeles Rams was the first major professional sporting event to be posted on the boards of sportsbooks outside Nevada. All opened after the U.S. Supreme Court ended a federal ban on wagering on sports last year.

Figures released Monday by gambling regulators in Nevada show people wagered $145.94 million at the state's 200 sportsbooks, $12.65 million less than in 2018. Sportsbooks operators in New Jersey accepted about $34.9 million in wagers and lost money, while in Mississippi, fans bet around $4.67 million at non-tribal casinos.

"I would characterize it as a solid day. It wasn't a bad day or a great day; it was right in the middle," said Jay Kornegay, vice president of race and sports book operations at Westgate Las Vegas Superbook.

Nevada's effective monopoly on sports betting ended last spring, when the Supreme Court ruled the ban should be lifted. Casinos in seven other states — Rhode Island, Delaware, Mississippi, New Jersey, Pennsylvania, West Virginia and New Mexico — now accept wagers on sports. The list is expected to grow by next year.

New Jersey gambling regulators said sportsbooks lost $4.6 million when they paid $39.5 million to those who won bets. Many gamblers backed the Patriots, who beat the Rams 13-3 and covered the spread of 2 1/2 points.

Super Bowl Sunday "was by far our biggest day ever in New Jersey in terms of handle," said Joe Asher, CEO of William Hill US, which runs sportsbooks at two casinos and a racetrack in New Jersey as well as dozens of sportsbooks in Nevada. "It was really good."

He said William Hill's take for the day "was pretty much break even win/loss. We couldn't be more pleased overall — the retail locations were strong, especially the Ocean Resort Casino, which had an unbelievable crowd."

DraftKings, which runs mobile wagering in New Jersey along with an in-person lounge at Resorts casino, also set a new record for the amount wagered. Spokesman James Chisholm said the company paid out about $11 million in winning bets to customers, "and took a small, barely seven-figure loss."

The Westgate lost on the game itself, but did well on proposition bets — wagers on unique and various outcomes offered starting a few days ahead of the game — and on futures bets, which allow gamblers to wager on outcomes way in advance. Some bettors picked the Rams to win the title at the start of the season, for example, and lost their bet on Sunday.

But one particular proposition bet had operators sweating. The Westgate and William Hill offered 500-1 and 300-1 odds respectively on no team scoring a touchdown.

The game's lone touchdown happened with seven minutes left on the fourth quarter.

"We would have been carried off on a stretcher if it hit," Asher said of the proposition bet.