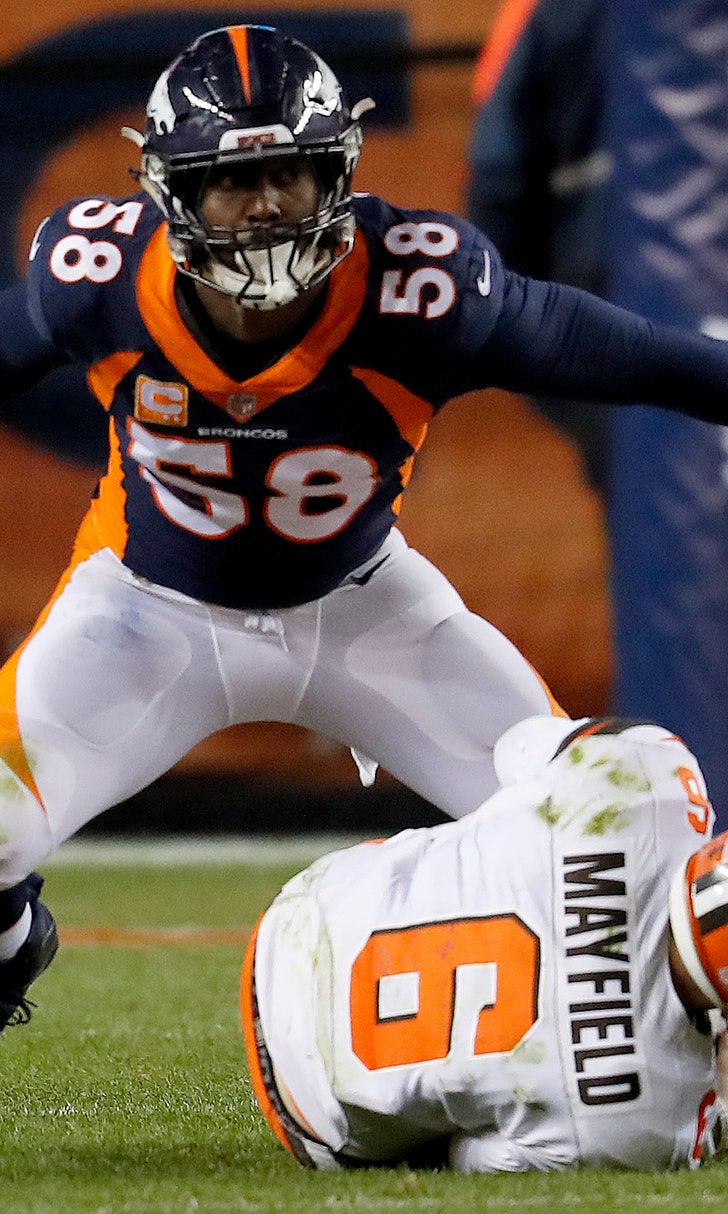 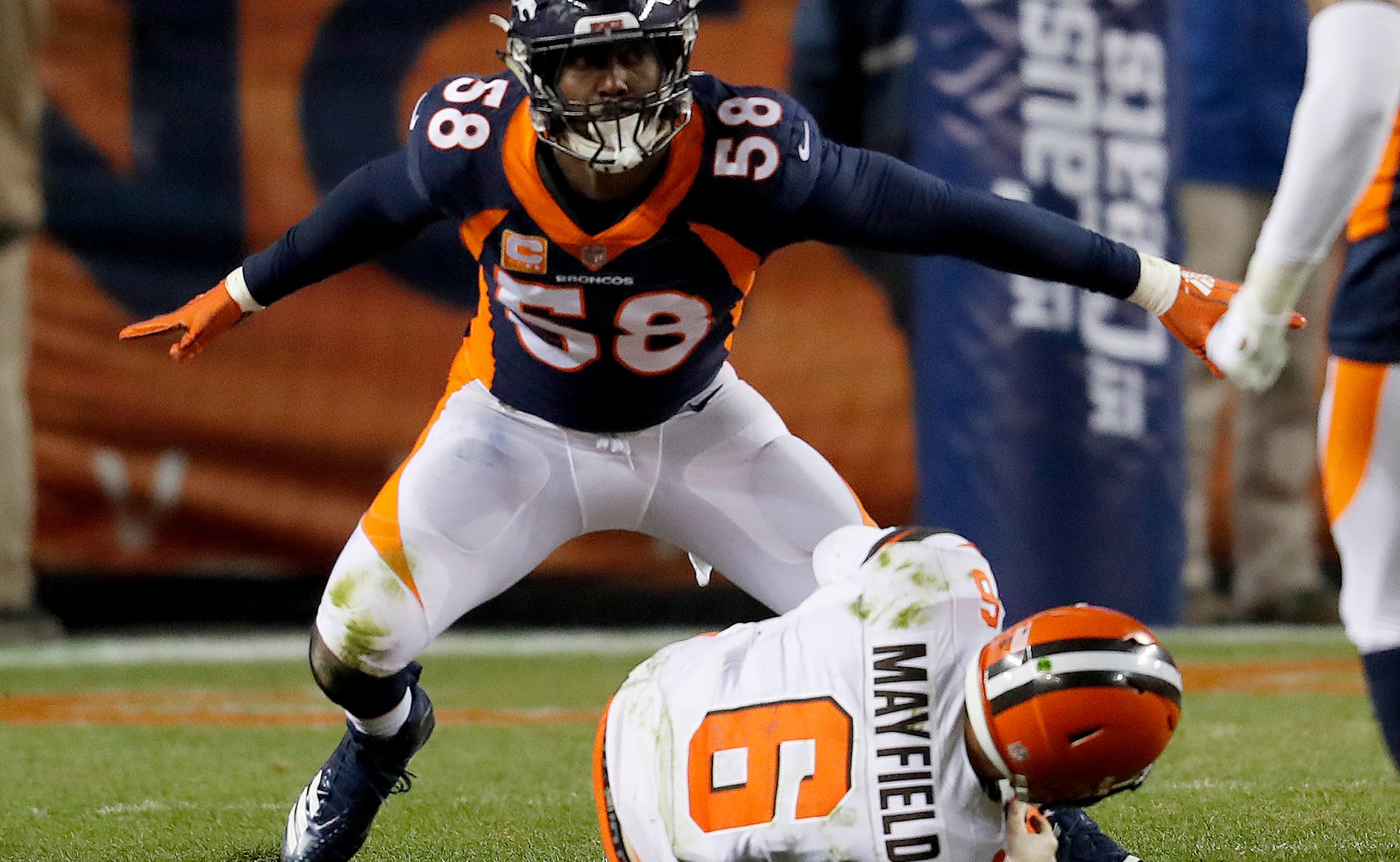 Sure, the playoffs are gone. But there's winning the final two games to finish 8-8 and avoid back-to-back losing seasons for the first time since 1972. There's also fellow pass rusher Bradley Chubb closing in on the NFL rookie sack record. Or undrafted rookie running back Phillip Lindsay needing nine yards to reach 1,000.

Miller insisted he won't have any trouble finding the prerequisite motivation.

"I really hate that question, when somebody asks you, 'What are you playing for?'" said Miller, whose team visits Oakland (3-11) on Christmas Eve and finishes against the Los Angeles Chargers (11-3) at home on Dec. 30. "When I was a young kid, I never thought about the playoffs. I never thought about winning a Super Bowl. I just wanted to play the game I love. It's no different now. ... If you don't feel like that, we're in the wrong place. We have the wrong job title."

The Broncos (6-8) were officially eliminated from the postseason last weekend on the heels of a 17-16 loss to Cleveland. Now, the big question hovering over this team centers on this: Will coach Vance Joseph be back next season?

Miller keeps his focus on the field.

"Where we are right now, there's still a lot of stuff for us to play for," Miller said.

Like Chubb breaking the NFL's rookie mark for sacks since it became an official statistic in 1982. He's got 12 this season and remains three away from overtaking the mark of Jevon Kearse, who had 14 1/2 in 1999 with Tennessee.

Being the season of giving, Miller might even give Chubb an early holiday gift to help him reach the milestone.

"I can get close to the sack, let him slip out of my hands," Miller cracked.

Somehow, Chubb doesn't quite buy that.

"I highly doubt that will happen because he's got to get his, too," said Chubb, the fifth overall pick out of North Carolina State.

"I want to play the best I can to keep that attention over here by me to get Chubb a real one-on-one," said Miller, who recently garnered his seventh Pro Bowl selection. "We all know what type of football player he is and what type of leader he is, but I love playing with cool and collected guys that get on the field and can hold their own. Bradley Chubb is definitely that."

At this stage, the temptation for the Broncos might be to start looking toward next season. But the Broncos won't be experimenting with backup quarterback Kevin Hogan but plan to stick with Case Keenum over the final two games.

"This is a great opportunity with a lot of young guys to really build on what we've already built here," Keenum said. "To continue to lay the foundation and really get some momentum going for the offseason and for next season, for sure."

Lindsay has been a bright spot by becoming the first undrafted offensive player to make the Pro Bowl as a rookie. He has 991 yards rushing and nine TDs.

He deflected any sort of praise.

"It's just a milestone that the offensive line deserves because they've been working," Lindsay said. "I'm just thinking about my teammates and just finishing the season out with a bang."

On Thursday, Miller and his teammates hosted first responders after practice as they distributed protective kits designed for police and firefighters responding to shooting situations. Miller was behind a commitment in November of more than $200,000 to support a program designed to improve local law enforcement relations through SHIELD616, a Colorado Springs-based nonprofit organization.

"To create this connection with law enforcement and people is definitely incredible," Miller said. "It makes me feel good to make other people feel good. I'm blown away to be a part of this project. It's cool."