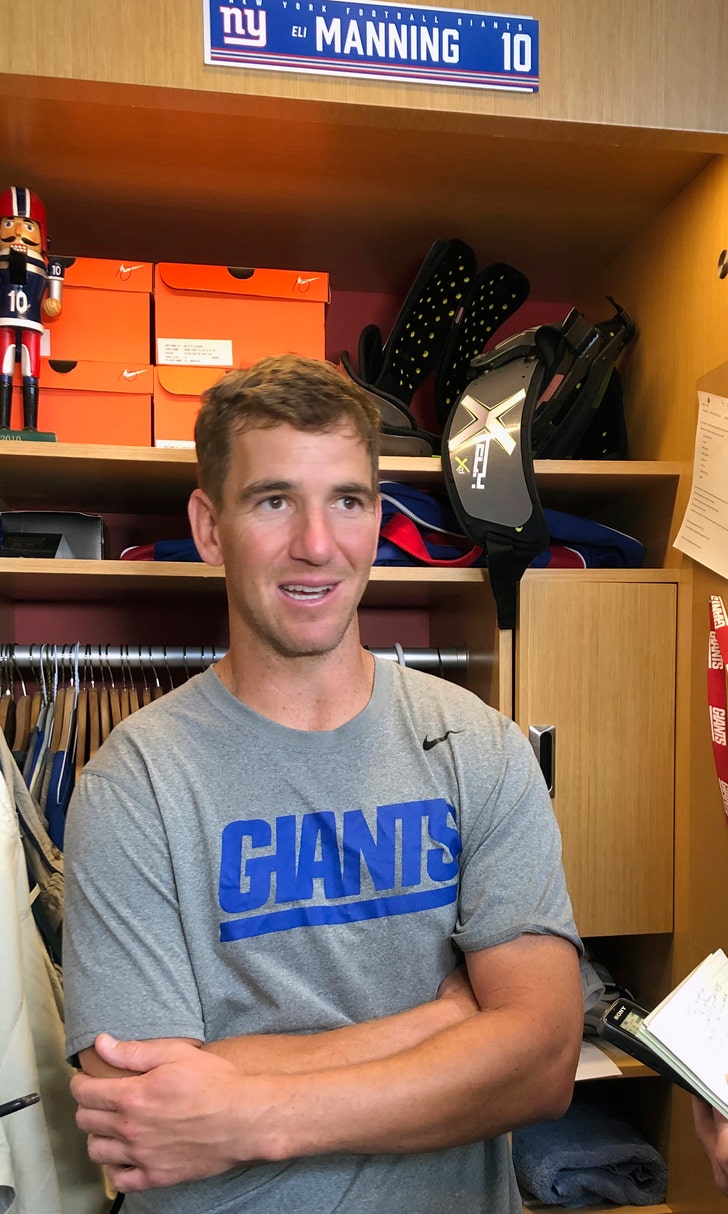 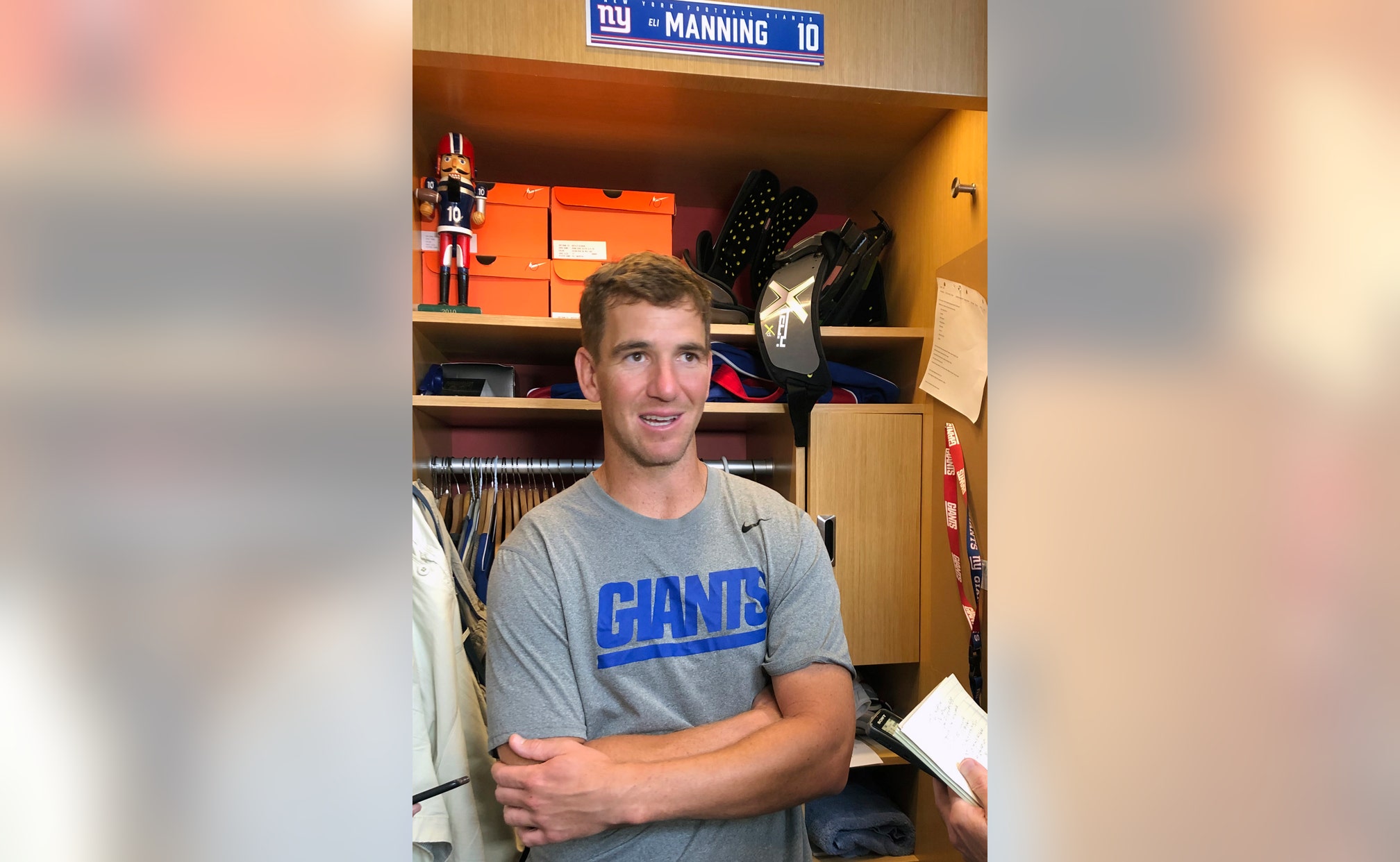 EAST RUTHERFORD, N.J. (AP) — Eli Manning is entering a team-record 16th season with the New York Giants the same way he has the past 14.

The 38-year-old, two-time Super Bowl MVP is their starting quarterback heading into the season opener against the NFC East champion Cowboys in Dallas.

If there is a difference this year, it's having a very capable understudy in the wings ready to take over in Daniel Jones.

The No. 6 pick in the NFL draft, Jones has shown his critics — and there were many — that he is prepared for the pros. Doubters can look at what the kid from Duke did in the preseason. He completed 29 of 34 passes for 416 yards, two touchdowns and a league-high 137.3 quarterback rating.

Manning understands the situation. He is in the final year of his contract and all he wants to do is his job. It's like his rookie season. Veteran Kurt Warner started and ran the team for nine games until Manning replaced him.

Giants co-owner John Mara has said he would like to see Manning start all year. The team would have to win for that to happen.

Manning doesn't say much about Jones pushing him to play.

"I don't think that's necessarily the concern," Manning said Wednesday. "I think you are pushed to go succeed always. You prepare to go out there and win football games, that's the mindset. You want to do it for all the guys in this locker room, the coaches, this organization, the fans and everybody that puts so much effort into having a great year. That pushes you more than who else is on your team."

Despite seeing Odell Beckham Jr. traded to Cleveland in the offseason, Manning is optimistic about this offense. The offensive line, which allowed 47 sacks last season, has been upgraded with the trade for guard Kevin Zeitler, the signing of free agent tackle Mike Remmers, and center Jon Halapio's return to health after breaking his lower right leg and ankle in the second game of last season.

There is no doubt much is expected of halfback Saquon Barkley after rushing for 1,307 yards and 11 touchdowns and catching 91 passes for 721 yards and four TDs in his Offensive Rookie of the Year season.

Sterling Shepard is looking for a breakout season in his fourth year at wide receiver and is well supported by veterans Cody Latimer, Bennie Fowler III and Russell Shepard, and explosive tight end Evan Engram.

"It's just a matter of everybody doing their job, that's what a team is," Manning said. "It's 11 guys all on the same page to have success. It starts up front with the offensive line controlling the line of scrimmage, finding running lanes, and me finding the open receivers and then executing running and catching the ball and doing the fundamentals correctly. I think we have guys that know what they are doing and they can make great plays when you give them the opportunity."

This has been an odd year for Manning. He did not know after last season (5-11) whether the Giants were going to bring him back after the team missed the playoffs for the sixth time in seven years. While they did, general manager Dave Gettleman also found an heir apparent in the draft.

Manning smiles when asked about his 16th season being a record with the Giants.

"I didn't know that until someone mentioned it this year_I think in the media, one of you nice fellas," Manning said, getting a few laughs. "So, I didn't know about it, but I guess it is something to be proud of and I'm just blessed to be with this organization, and no one has enjoyed playing for this organization more than I have, and I've been appreciative of it."

NOTES: Shurmur does not expect second-year TE Garrett Dickerson or rookie WR Darius Slayton to be ready to play Sunday. ... Remmers watched practice because of an illness and back problem.