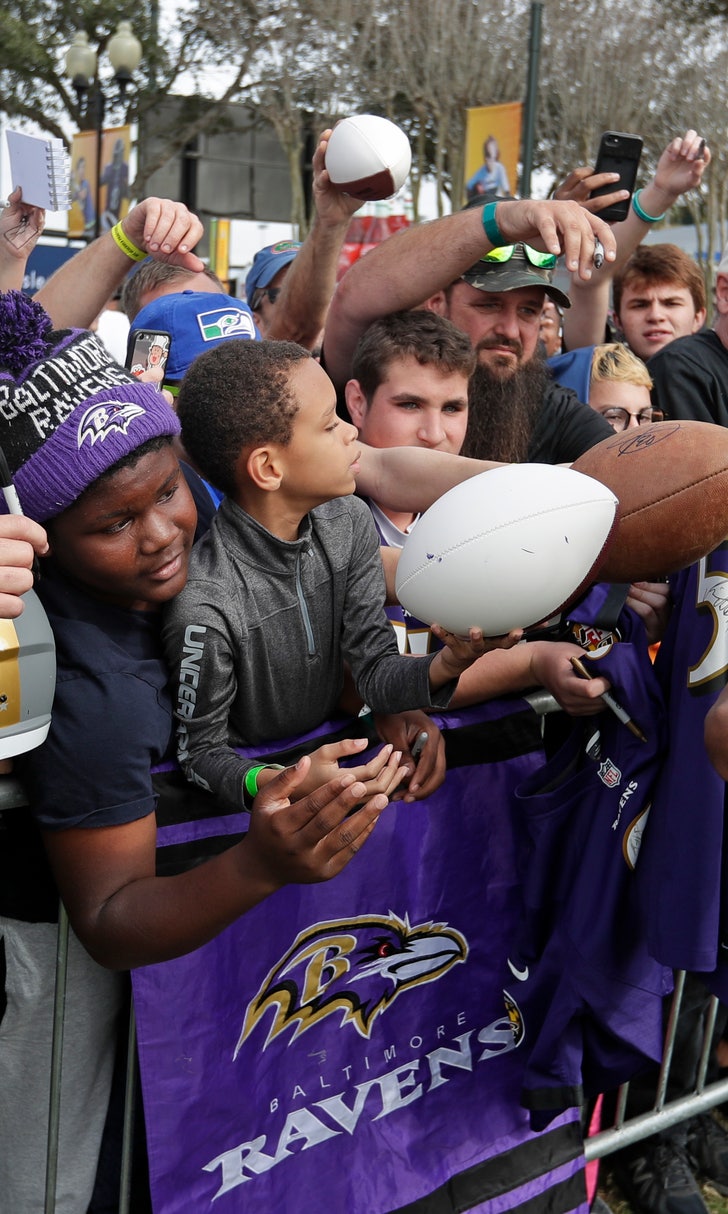 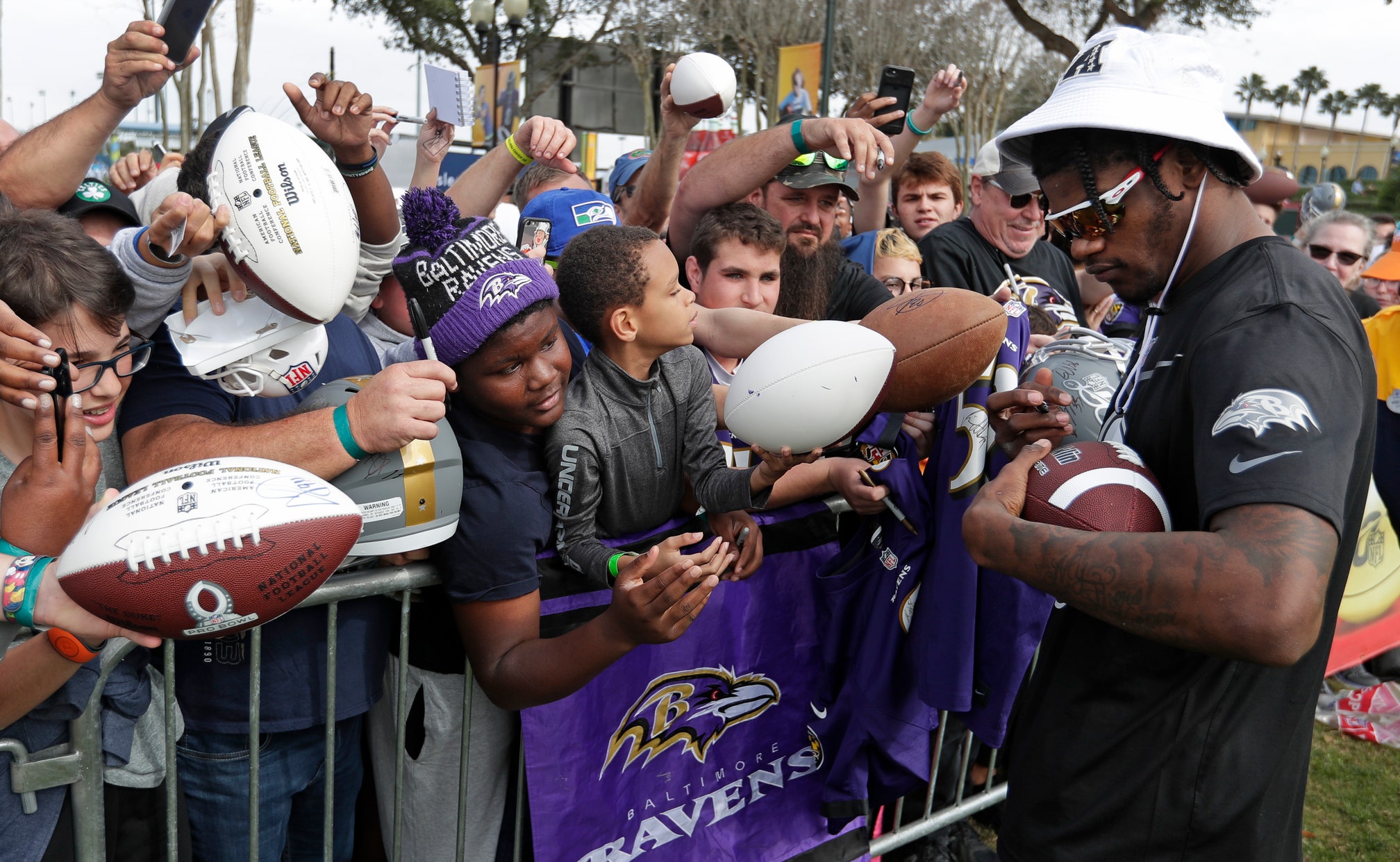 previous story
Mets make it official, announce Rojas as their new manager
next story
Firmino, Alisson star for Liverpool in 2-1 win at Wolves

Long lines at Pro Bowl to get Jackson's autograph, picture

“She wants a picture on the field with Lamar,” the sister answered.

That’d be quarterback and Ravens teammate Lamar Jackson, the league’s MVP front-runner and the most popular guy without mouse ears at Disney World this week.

Fans chanted his name throughout two days of practice at ESPN’s Wide World of Sports and clamored for his autograph before and after workouts. To get a picture, fans needed to get in line and prepare for a wait similar to those at Star Wars: Galaxy's Edge.

He’s certainly the fan favorite at the NFL’s annual all-star game. He’s been so mobbed by TV cameras to the point where he needed to juke through the crowd to find some open space.

No one is immune to Jackson's popularity, either. Not even teammates.

Yanda’s daughter ran up to him during an interview, grabbed his hand and begged him to look at her shirt. She spun around, tossed her hair to one side and unveiled Jackson’s signature.

“It's Lamar Jackson!” the girl shrieked.

Jackson threw for 3,127 yards and 36 touchdowns this season. He also ran for 1,206 yards and seven scores. He helped the Ravens (14-2) to the league’s best regular-season record and the No. 1 seed in the AFC playoffs.

Baltimore lost 28-12 in the divisional round to Tennessee, the biggest upset of the NFL postseason. Jackson threw for 365 yards and a touchdown to go along with 143 yards rushing. But he turned the ball over three times – two interceptions and a fumble.

Still, his performance all season cemented him as one of the league’s rising stars.

“He’s just a special player, a special dude,” Ravens running back Mark Ingram said. “An elite athlete on the field, a great person off the field, humble, hard worker, leadership. Everything you need in a franchise quarterback, he has it. I’m glad to be with him.”

Jackson found fans he never expected at the Pro Bowl. Drew Brees’ oldest son, Baylen, fell in love with Jackson this season, so the New Orleans quarterback arranged for them to meet. Baylen wore a Ravens shirt while getting Jackson to sign a Ravens helmet.

Jackson responded by playing catch with him in the AFC locker room.

“It was awesome,” Drew Brees said. “These are their heroes, these are the guys they look up to. You want to see your kids draw inspiration from things like this, moments like this. You never know when something might happen that will be a light-bulb moment for them.

“I was stumbling over my words and I didn’t even know what to say,” Jackson said.

That’s kind of how people reacted to watching Jackson play this season and a big reason he’s drawing more attention at the Pro Bowl than Brees and Seattle quarterback Russell Wilson. Humphrey has proof. He ended up pulling Jackson out of a scrum to get his mom that pic with the QB.

It might be the easiest tackle anyone has made on Jackson in a long time.