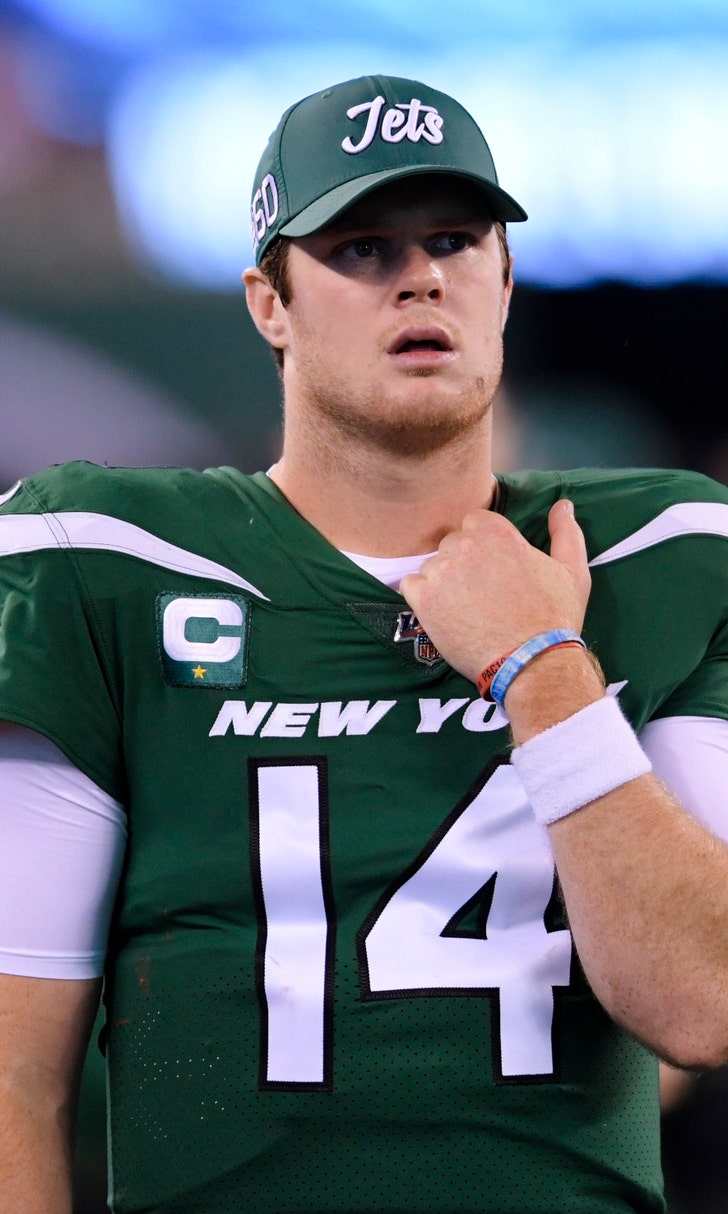 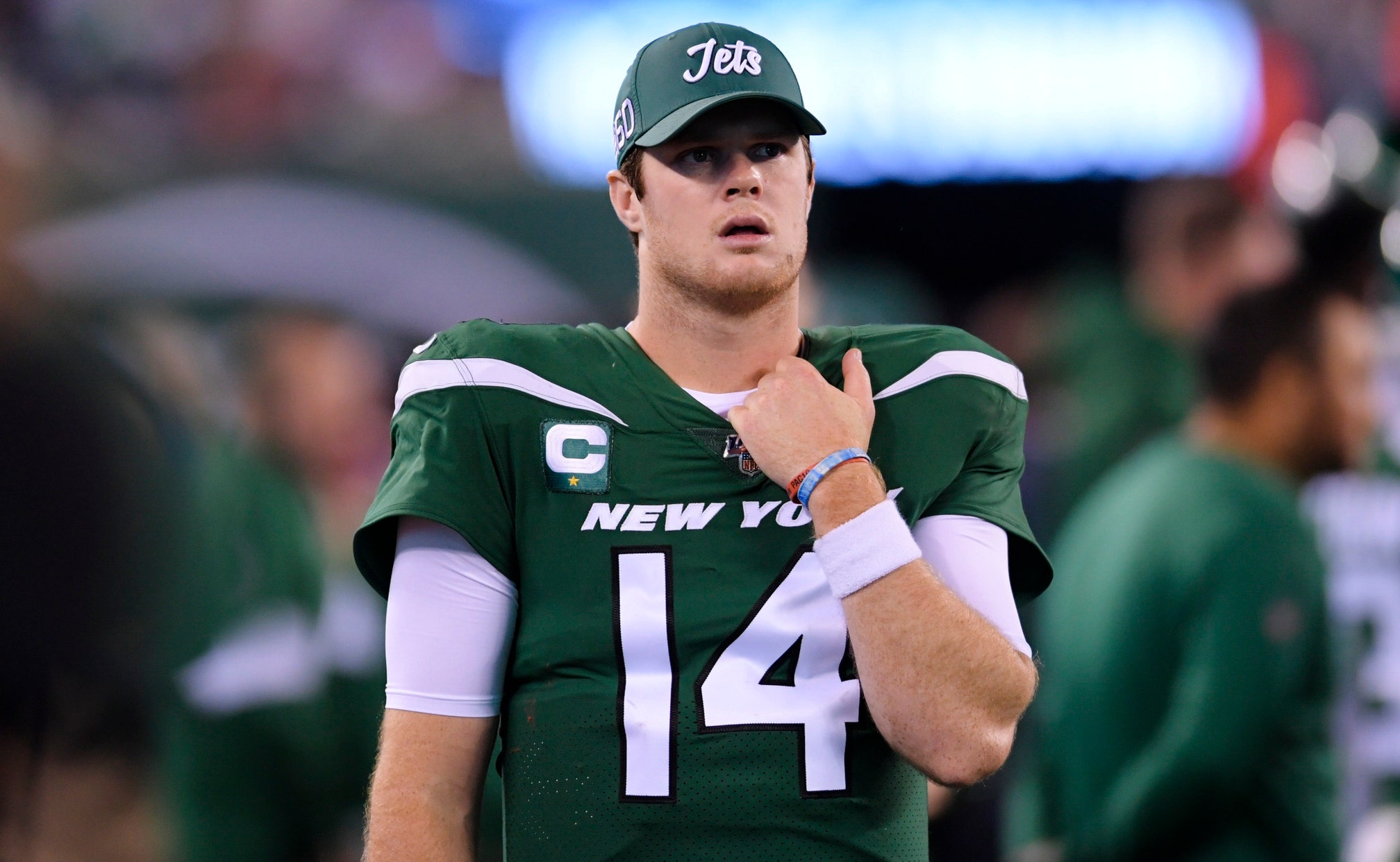 EAST RUTHERFORD, N.J. (AP) — Sam Darnold was in the middle of a ghastly performance when he took a seat on the sideline and tried to figure out what was happening.

"I'm seeing ghosts," said the New York Jets second-year quarterback who was wearing a microphone for the ESPN broadcast.

"It was a rough night out there, and obviously, I've got to be better and learn from the mistakes, but we will get better."

Darnold was coming off an inspiring return when he was selected as the AFC offensive player of the week after leading New York to a 24-22 win — the Jets' first of the season — over Dallas last Sunday after missing three games with mononucleosis.

But, he was downright miserable against New England, finishing 11 of 32 for 86 yards with four interceptions and a horrific 3.6 quarterback rating in arguably his worst game of his young NFL career.

"I definitely think I was pressing too hard," Darnold said, "trying to get a 24-point score in one play."

Darnold had little time as the Patriots forced him into bad — and often ugly — throws.

"I mean, they're the best (defense) in the league right now," coach Adam Gase said. "We helped them out a lot."

Devin McCourty, Duron Harmon, Stephon Gilmore and Terrence Brooks all had interceptions. Darnold also lost a fumble on a sack, and later knocked an errant snap out of the back of the end zone for a safety.

"Obviously, that was brutal," Gase said. "We couldn't do anything right. All three phases, we were bad. It was just a bad performance."

Gase said Darnold injured a toe during the game, but the doctors wrapped it up and he went back in. The coach also acknowledged he thought about pulling Darnold and putting in backup David Fales, but decided to leave him in to try to get some positive momentum.

It never came, especially since New England took control from the start.

"I didn't expect that at all," Gase said. "Nothing went right early and we couldn't regroup."

Tom Brady and the Patriots went 78 yards on 16 plays while eating up 8:47 on the opening drive of the game, and converted four third downs along the way. The last came on third-and-2 when Brady pitched it to Sony Michel, who scored the first of his three touchdowns.

"Didn't come to play," safety Jamal Adams said of the Jets' overall performance. "Simple as that."

New England made it 10-0 a few minutes later after McCourty intercepted Darnold's first pass of the game, coming on the Jets' second play from scrimmage. New England turned the turnover into a 34-yard field goal by Mike Nugent.

Leading 17-0, New England took advantage of another turnover by Darnold on the Jets' next drive when John Simon popped the ball out of the quarterback's hand for a strip-sack and Kyle Van Noy recovered. The Patriots took over and Michel later ran it in from the 1 to make it 24-0 with 9:18 left in the first half.

Darnold's third turnover came on the Jets' next possession when his throw to the end zone was intercepted by Harmon. Gilmore picked off Darnold on New York's opening drive of the second half.

"I said, 'Hey, bro, there's always games like that where you don't play well and now you know, you can only play better from here on out. You can't play worse than you played tonight,'" running back Le'Veon Bell said. "I think he learned a lot from tonight. Sometimes you got to have that from a young player. I had games like that and it made me better."

Darnold was far from the only one to blame. The play calling by Gase was suspect, as was the suddenly porous defense — which had a tough time stopping the Patriots despite getting linebacker C.J. Mosley back from a groin injury that sidelined him since the opener.

"It was a collective effort," Gase said. "I'm sure when we go revisit this we're going to have to take a deep dive in game planning. ... We have to get some things straightened out. We just didn't give our guys enough answers."

The Jets now have a short week to prepare for a road game at Jacksonville on Sunday.

First, they need to put their brutal prime-time showing behind them.

"To me, it's embarrassing," Adams said. "It's not what we wanted. But we've got to go back to the drawing board and put our head down and grind."