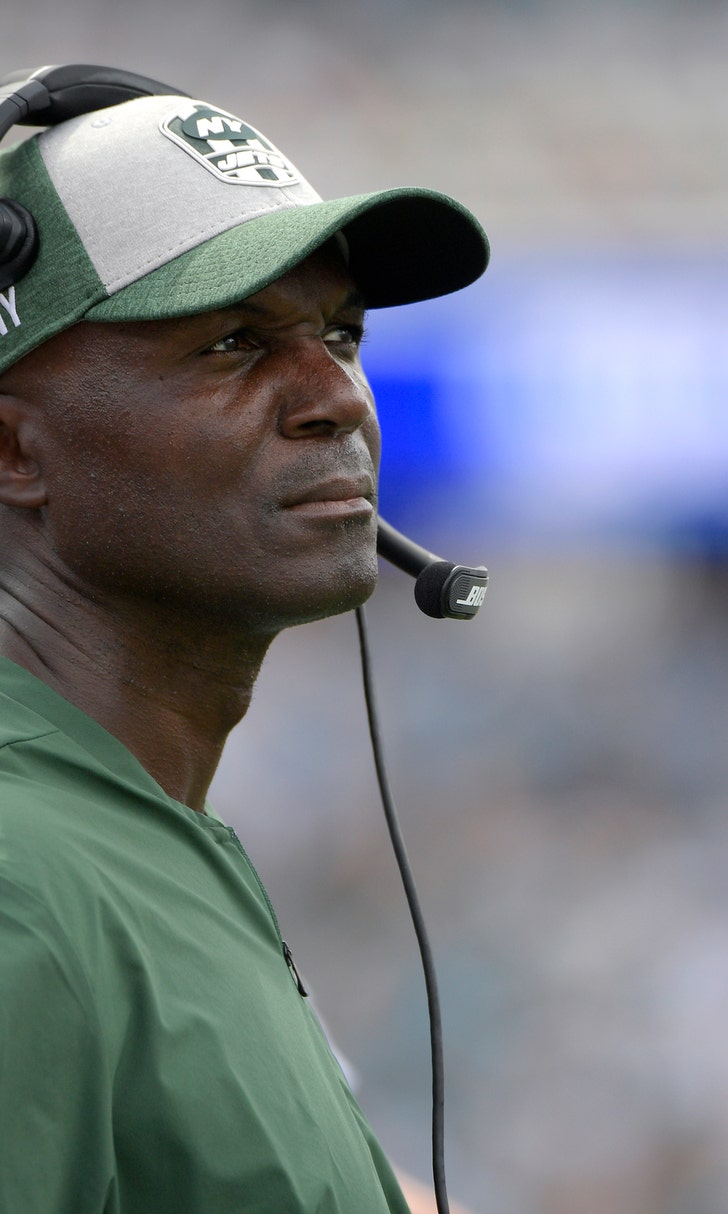 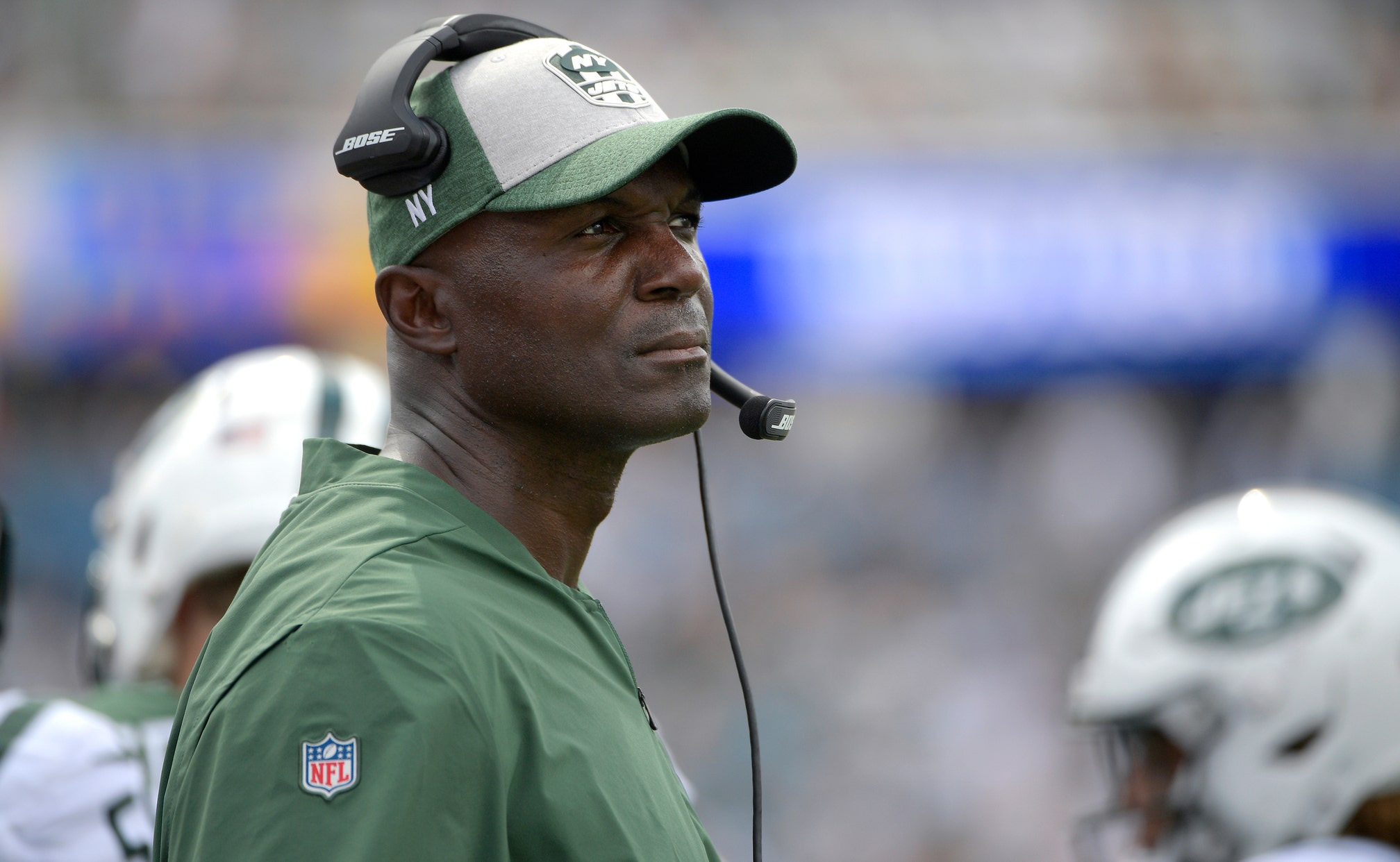 FLORHAM PARK, N.J. (AP) — Todd Bowles' days as coach of the New York Jets are numbered in many people's minds. To some fans and media, his time has long been up.

The embattled Bowles appears likely to be among those looking for new jobs the day the NFL's regular season ends, if not sooner. That uncertainty has not affected the coach's approach, even as rumors swirl about what many deem an inevitable unhappy ending.

To Bowles, it's all about the players in his locker room. Just as it has been each day for the last four years.

"That's my only job," the 55-year-old Bowles said. "Nothing else matters. They're younger and they haven't been through anything like this, so it's up to me to make sure we approach it the right way and learn the things we need to learn, and it gets navigated the right way, and that's my only job.

"There's nothing else to really lose sleep over."

Not the chants from fans at home games urging ownership to fire him.

Not the headlines and back pages of newspapers that are already entertaining options as his replacement.

Not the endless sports talk chatter that centers around whether the Jets should have gotten rid of him two years ago — or last week.

Bowles knows what the numbers say: He's 24-37 — including 4-9 this year — in almost four seasons with the Jets, who hired him in January 2015 after firing Rex Ryan. His .393 winning percentage is ahead of only Rich Kotite (.125) and Charley Winner (.391) among those who coached more than one full season with the franchise.

And perhaps the most damning number of all is: zero. As in, no playoff appearances during his tenure.

"I just worry about: Did I do everything in my power and what can I do in my power moving forward to help us not to have these setbacks — or success, or whatever we do?" Bowles said. "You look at yourself in the mirror every day, then you look at the coaches and the team and it's a constant evaluation process. And, that's every coach in the league. It's not just me. You understand that part of it.

"I say and get everything off my chest on Monday during the week, so I can definitely sleep at night and look myself in the mirror.

"If I make a mistake, I'll admit it to myself and to the team that I made a mistake, and we'll go from there."

Bowles' lack of emotion during interviews and news conferences has not particularly endeared him to frustrated fans, who might also mistake that for an absence of passion.

"I have been a sore loser all my life and I still hate losing," Bowles said. "But there's a difference from being a player to a coach of your position to coaching the entire team. Some guys, you can rip their ass, some guys you've got to talk to, but at the end of the day, you have to bring them all back together in a roundabout way."

That's not how he has ever operated, and he's not going to start now — no matter what's said about him.

"In sports, there are fans," he said. "People are going to love you, people are going to hate you, and people aren't going to care if you coach or play sports. That's just part of it. That's the beauty of it. I've been in it too long to worry about anything else outside or inside or even in a roundabout way. That's ridiculous."

Bowles insists he takes none of the criticism personally. He was a player for eight seasons in the league, then an assistant for several years before becoming a head coach. The ebbs and flows in personal opinions have been a constant in his professional life.

So has the support of his players.

Team leaders such as wide receiver Quincy Enunwa, safety Jamal Adams and defensive lineman Leonard Williams have repeatedly talked about how the players are more to blame for the team's failures than Bowles. They also point to Bowles' consistent approach and continued focus despite everything going on beyond the locker room.

"Whenever anybody brings up anything that's kind of going on off the field, he just makes sure the focus is right on football," Enunwa said. "That's one thing he has always done well. I mean, he has had some friends pass while he's been here and he has always maintained that sort of upbeat approach.

"He's still Todd, no matter what's going on around him. He's always able to stay level, and that's one thing you always admire about him."

The players aren't naive. They know the reality of football — wins matter most. And the Jets haven't had nearly enough during Bowles' tenure.

But that doesn't mean they're OK with just stumbling to the finish line.

"We know there's a lot of attention or whatever outside, but that's not our focus," safety Terrence Brooks said. "If that man can go up there every single day and stay true to his task of what he wants to accomplish in this league, you can't do anything but respect that."

Some might say Bowles has been in a difficult position from the start of the season, with his focus on winning now while the franchise looks at developing a future led by rookie quarterback Sam Darnold. General manager Mike Maccagnan has also taken criticism for some misses in the draft and free agency. His job status is uncertain as the Jets go an eighth straight season without a postseason appearance.

All of those decisions will ultimately fall on acting owner Christopher Johnson, who'll face a crucial offseason for the franchise.

A six-game losing streak likely all but sealed the fate of Bowles. The Jets snapped the skid last week with a 27-23 victory at Buffalo, setting off a joyful celebration and providing a rare sense of relief.

Even if it lasts just a few more weeks.

"I do my best and put forth what I need to put forth and you have to live with the results," Bowles said. "Nobody's had a golden life and anticipated things that they wanted and then gotten them every single time. So, it's a small storm, you don't want the storm to last that long — for six games — but it had, so we adjust from there.

"We came back and fought and beat Buffalo, and now we'll try to beat Houston."