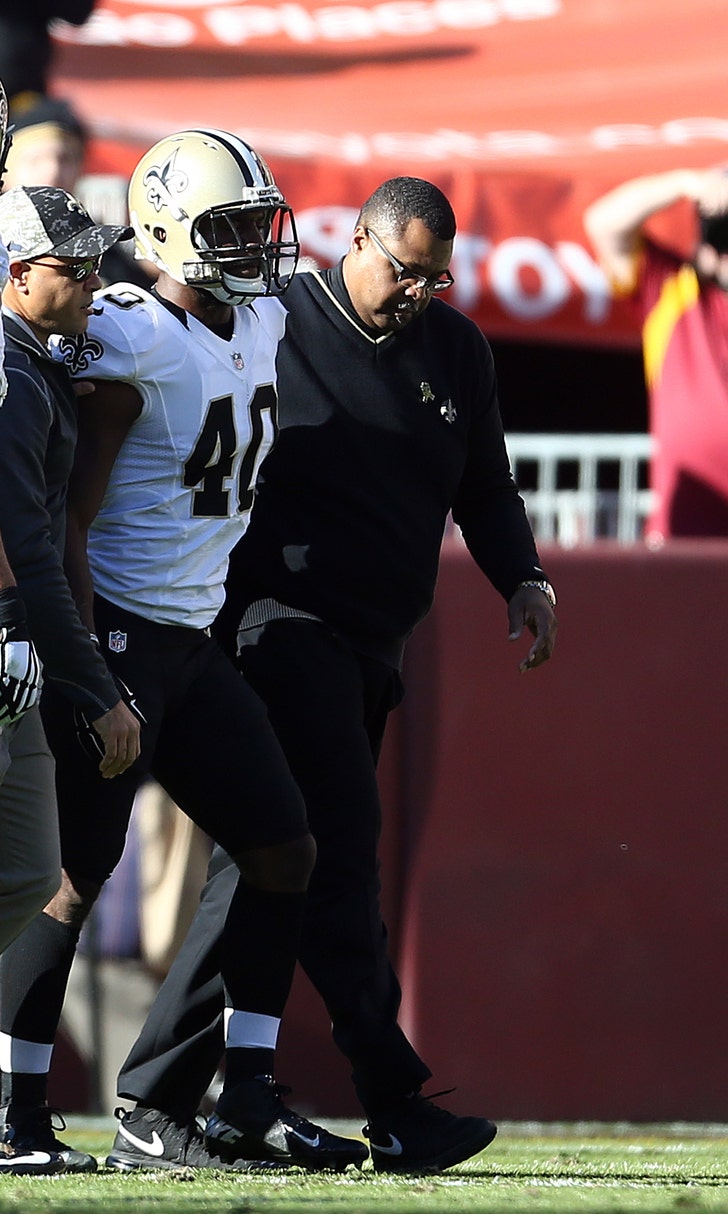 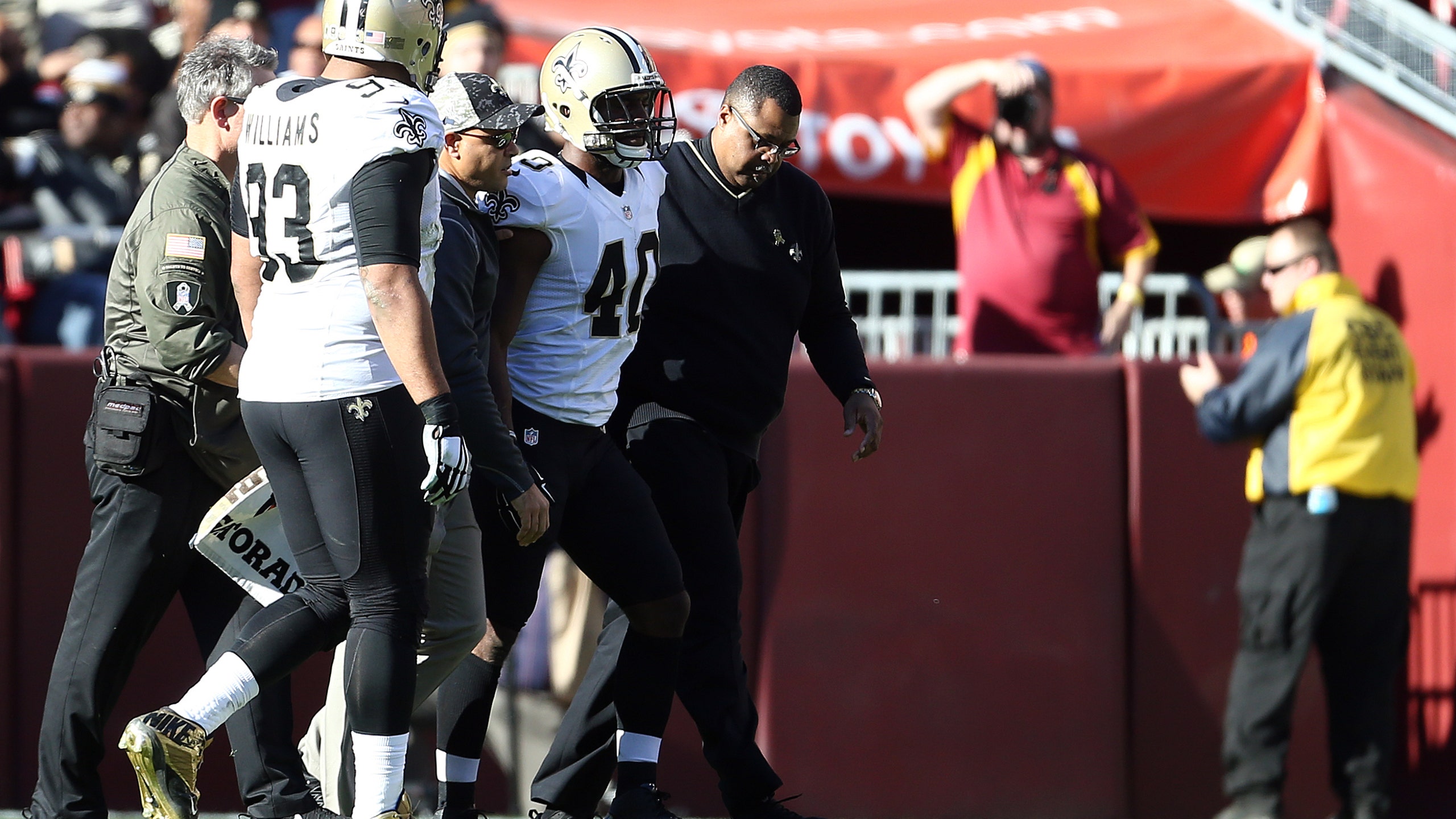 Injuries in the NFL and New Orleans are epidemic 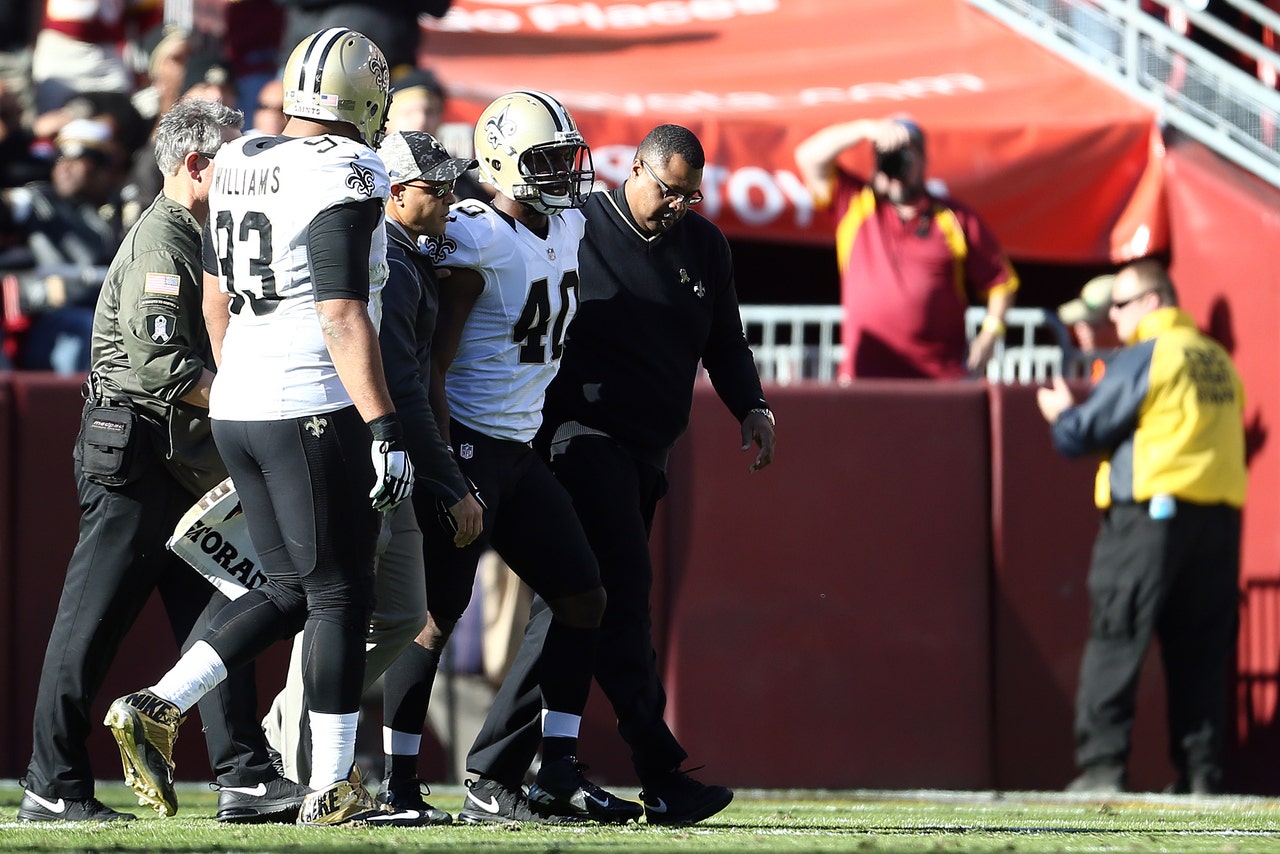 The 2016 Saints have sustained some serious injuries this year. There’s no way of getting around it. However, the coaches and players need to come together to overcome to make things work regardless of the challenges upcoming.

Terron Armstead, Kenny Vaccaro, Delvin Breaux, P.J. Williams, and Willie Snead has at some time have been by the injury bug this season. These are 5 starters from the New Orleans Saints roster who didn’t suit up for the Monday night game against the Falcons weeks ago. Snead and Vaccaro returned for the San Diego game but as we’ll see they are the exceptions, not the rule.

Let’s keep going… Senio Kelemete got hurt during the Monday Night Football game versus Atlanta and didn’t finish the game, nor did he play against San Diego. Tight end Josh Hill was being counted on to be a major contributor this season in the absence of Benjamin Watson – he got hurt before ever being targeted in the first game of the season and has yet to return.

Danell Ellerbe has been hurt way more than he’s played since joining the Saints last season; we have yet to see him this year, six weeks into the season.  Tyeler Davison is much needed in our defensive line rotation – he’s been in and out.  Michael Hoomanawanui, Sheldon Rankins,  Damian Swann, and  Hau’oli Kikaha has also seen injuries that have put thheir season in jeopardy. This is a list of 13 players that the Saints expected to be major contributors this season. Take out Kikaha, who was hurt in minicamp and was long known he would miss the season, and you still have 12 players – more than half a team – who aren’t playing.  While it’s true the Saints have depth issues to deal with, when your locker room resembles a M.A.S.H. unit, even the best teams would have difficulties.  Injuries are truly one of the major factors in the Saints 1-3 start.  They aren’t the only factor, but they definitely play a large role.

But this isn’t happening solely to the Saints.  This is an NFL epidemic.  Take a quick look around the league at some of the more prominent names:

Jimmy Garoppolo (okay, maybe not so prominent, but interesting nonetheless…)

Injuries in the NFL are occurring at a rate not seen before. Whether it’s the simple sore shoulder or the dislocated knee, there seem to be more injuries incurred every year. And it didn’t seem to happen at this rate before.

For certain, more players are enjoying longer careers in the NFL currently. Medicine and rehabilitation being what it is today, doctors and trainers can get players back on the field more readily than they could 20 years ago. Speaking nothing of the earlier days of the NFL, where an ACL injury basically spelled the end of your playing days.

There seem to be three major contributors to the abundance of injuries in the NFL:

There are bigger, stronger, and faster players. When linebackers hit running backs each moving at 15-20 mph, it’s like being in car accident every time they meet.  Eventually something has to give, even with pads on.

Today’s linebackers are a far cry from those of yesteryear, where a 220 lb. linebacker was considered a good sized guy.  Now linebackers weigh in around 235-250 lbs. and run 4.5 – 4.7 second 40-yard dashes.  Safeties are just slightly scaled down versions of linebackers but they make up for that size differential in speed. And then there are the linemen – about 300 lbs across on the offensive side, and going from 260 lbs. on the ends to 300 lbs. in the middle of the defensive line.  When you combine all these things, you have a recipe for more injuries.

Performance Enhancing Drugs (PEDs).  Don’t kid yourself into thinking because there was a “crackdown” on performance enhancing drugs in sports that people aren’t still taking them. There are still quite a few guys on them. It’s not just that these guys are causing the injuries because they are bigger or more violent. They themselves are also getting hurt due to the drugs.

There are various types of PEDs that athletes take; some growth based, some recovery phase based. But one thing they have in common is they help you to train harder. By training harder, your muscles’ growth (not necessarily in size, but in ability to do work) will outpace your ligaments and tendons ability to keep up with the increased demand on them, causing tears and strains.  Want to find the guy on PEDs?  Find the guy who is constant nursing a ligament strain…

This one will be the most controversial, but could be the biggest reason – the new collective bargaining agreement (CBA).  The players thought they won in their last mediation for the new CBA.  Among the things voted in were no more two-a-day practices, fewer off season practice sessions, and a limit on full contact practices.  For the players, this represented a victory with respect to the head injury issue. Several players have developed chronic traumatic encephalopathy (CTE) as a result of years of helmet to helmet contact.  The reduced contact of this CBA was supposed to help decrease the opportunity of this occurring so often. However, there have been other unintended effects. One is that tackling has gotten almost ridiculously poor in the NFL over the last five seasons. The other major one is that the reduced amount of actual physical football specific training, particularly in pads, has left players more susceptible to injuries.

Players used to develop a certain immunity to injuries in certain areas due to the rigors of training camp. Training camp with 2 practices a day, was a time to get your body ready for the season. Then they installed mini-camps and OTA’s; there was more time to install systems so that camp was more about hitting the ground running and hitting each other than learning. But when the new CBA passed, they cut back on OTA’s and cut out two-a-days, so the players just aren’t very physical any more.  So when the games begin and they ARE physical, their bodies aren’t prepared for it. Injuries abound.

The pattern has been set and it doesn’t look to change.  This CBA is in place until 2020.  It doesn’t seem that any player would realistically vote for more practices and two-a-days, so the product will continue to dilute and the players will continue to get hurt.

This means now more than ever, it’s important to mind talent through the draft. You must hit on your draft picks, and you must coach them up to contribute for you from early on. The Saints have been very poor at that over the length of this current CBA.  Let’s hope the learning curve starts to move back in the Black and Gold’s favor soon.