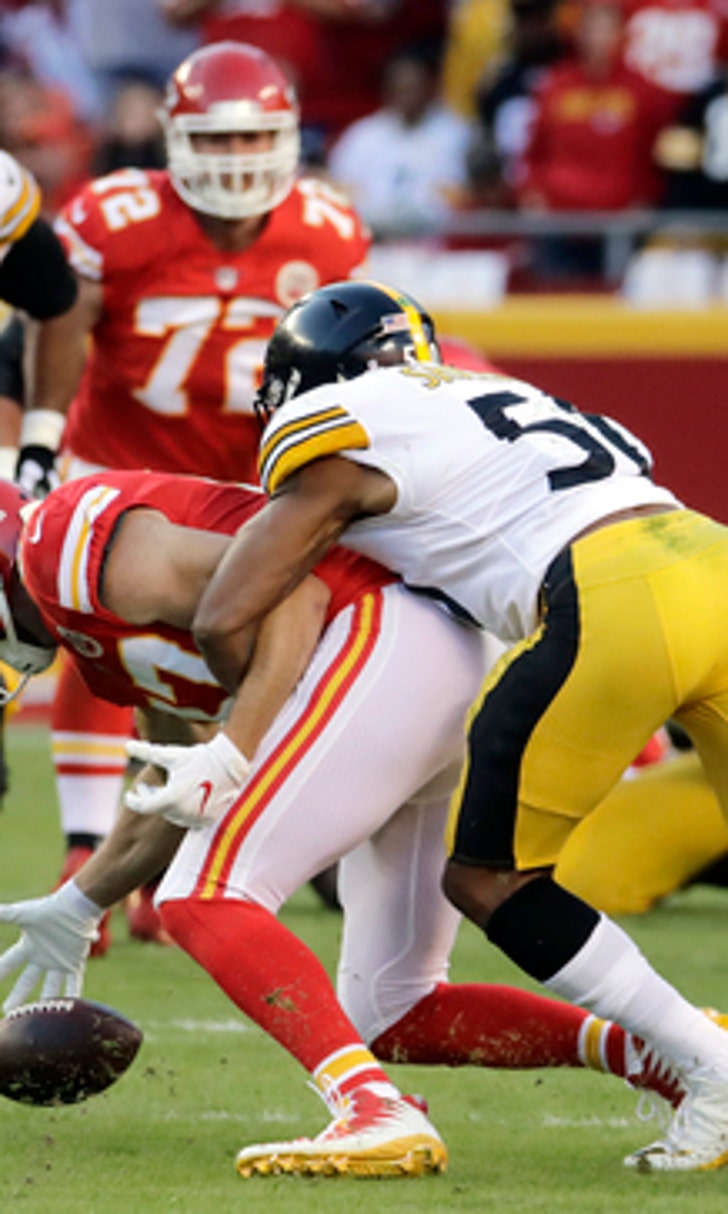 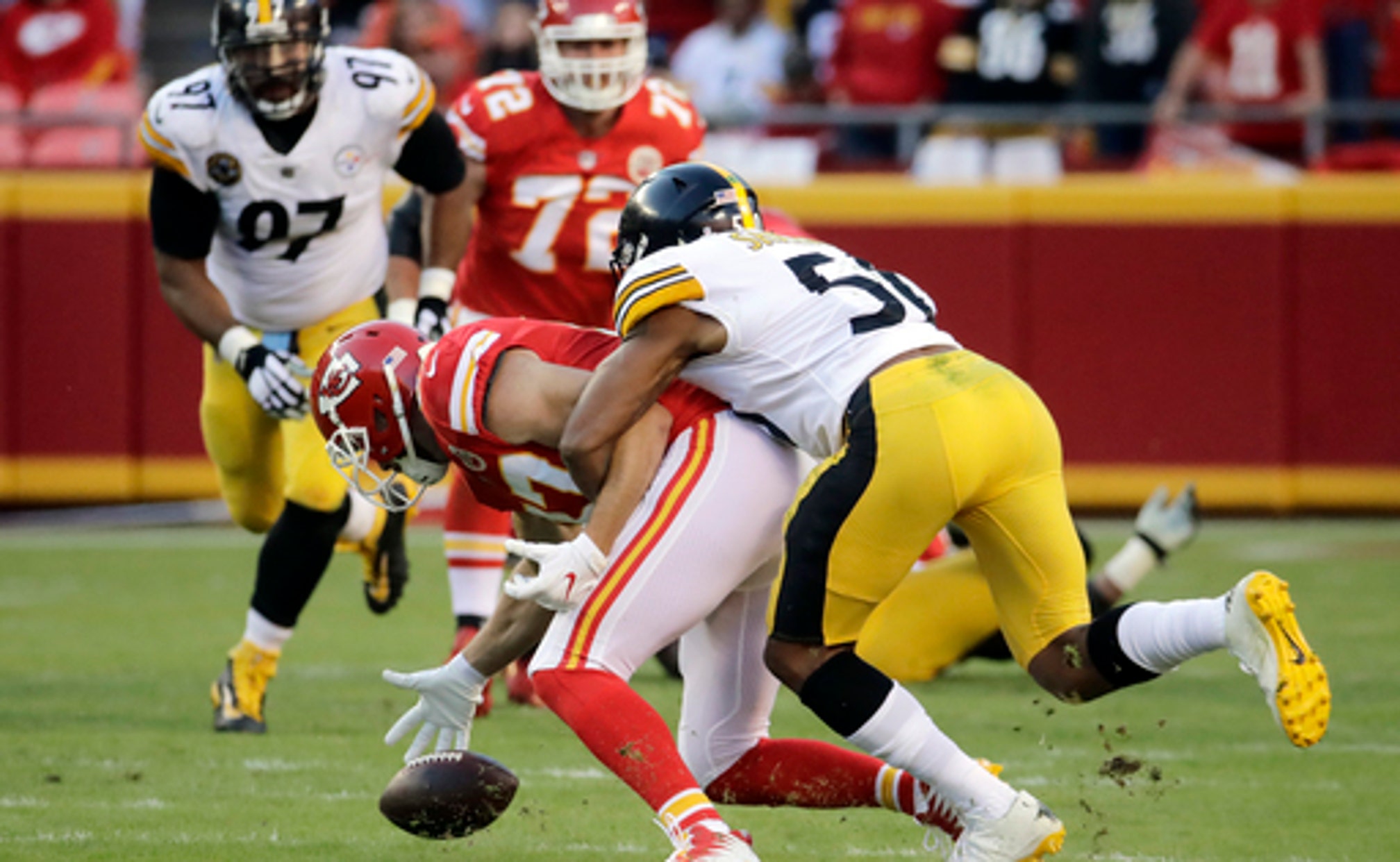 PITTSBURGH (AP) The defensive game plan for Joe Haden was always pretty simple for the two-time Pro Bowl cornerback during his time Cleveland, particularly whenever the Browns faced Cincinnati. All Haden had to do before every snap was locate Bengals wide receiver A.J. Green coming out of the huddle, then shadow Green wherever he went.

Haden's assignment on Sunday will be considerably different, a testament to the comforts of his new job in Pittsburgh. When the first-place Steelers (4-2) welcome the Bengals (2-3), Haden doesn't have to search for Green's familiar No. 18. Instead, Haden set up at left corner. Artie Burns set up on the right.

And the NFL's second-ranked secondary, one that's become an important part of Pittsburgh's defensive renaissance, will takes its chances.

Exactly what the Steelers had in mind when they signed Haden just hours after Cleveland released him in late August. The 28-year-old spent the first few weeks getting a crash course in everything from the locker room culture with a franchise whose long run of success plays in stark contrast to the perpetually rebuilding Browns to Pittsburgh's labyrinthine traffic patterns.

The occasional wrong turn aside, the fit has been better than even Haden imagined. He no longer has to shoulder the responsibility of being a true ''shutdown corner.'' In the 22-year-old Burns he's found a friend and a running mate.

''He has the speed, he has the length, he has the size, the strength and Artie, I love him because he's not afraid,'' Haden said.

That's kind of the point. The Steelers have spent the better part undergoing a youth movement in the secondary as the backbone of the unit that propelled the team to three Super Bowls between 2005 and 2010 faded into retirement.

There have been bumpy moments along the way, perhaps none bumpier than a humbling loss to New England in the AFC title game in January when Pittsburgh opted to play zone almost exclusively and Tom Brady carved the secondary up for 384 yards and three touchdowns in what amounted to a three-hour seven-on-seven drill.

It led to an offseason of soul searching. Head coach Mike Tomlin and defensive coordinator Keith Butler talked repeatedly about the importance of being effective in man coverage, which would free up linebackers to get after the quarterback. Haden's arrival has proven to be an integral piece.

Heading toward Halloween, the Steelers are first against the pass (154 yards per game) and their 20 sacks are tied for second with Carolina and the Los Angeles Rams. Part of it is simple maturity for a defense with no starter older than 30. Part of it is the hesitation by quarterbacks can no longer easily diagnose what they're seeing at the line of scrimmage.

''I don't have to worry about it,'' defensive end Cam Heyward said. ''They're giving me enough time and giving us enough time to where we can get pressure. You don't want to look at your corners and think, `Oh, they just caught something on you' and we haven't had a lot of that.''

If there's a dark cloud inside the silver lining, it's that Pittsburgh hasn't exactly distinguished itself against the run. And it's not like they've faced a steady stream of high-profile offenses. Jacksonville and Chicago both gashed the Steelers for over 200 yards rushing in upsets, games in which neither opposing quarterback threw for more than 100 yards, mostly because they didn't have to.

''We got killed on the ground,'' Davis said.

But only for a week. The same group that was rolled by Jaguars rookie Leonard Fournette also limited Kansas City rookie Kareem Hunt - the league's leading rusher - to just 21 yards on nine carries in a 19-13 victory over the previously unbeaten Chiefs. Kansas City quarterback Alex Smith spent most of the first three quarters on the sideline and passed for a season-low 246 yards, most of them while the Chiefs scrambled to get back in it.

''We just keep the ball in front of us and lock down whoever we play,'' Burns said. ''We don't let the quarterback beat us with his arm.''

The rejuvenated Bengals will provide a stern litmus test. The 6-foot-4 Green is averaging 118 yards receiving in his last five games against the Steelers and Cincinnati's offense has woken up since Bill Lazor replaced Ken Zampese as offensive coordinator two weeks into the season. Still, Pittsburgh insists the group Green will face at Heinz Field is different. Faster. More aggressive. More dynamic. More effective.