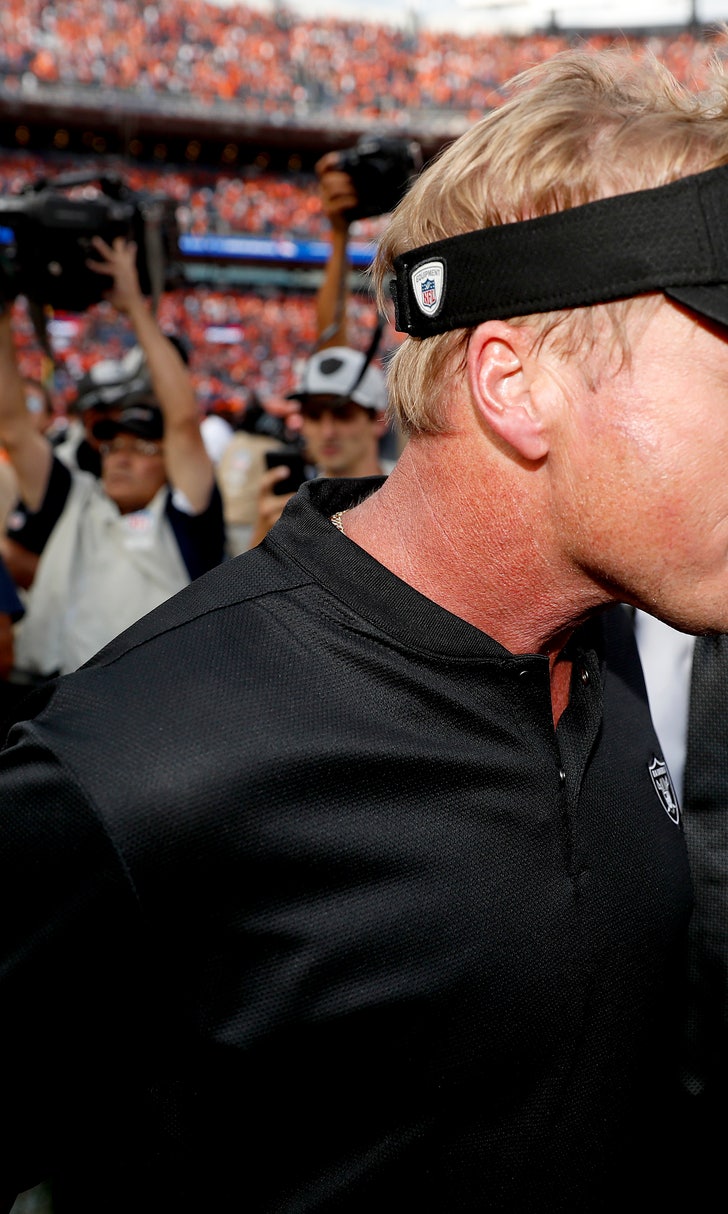 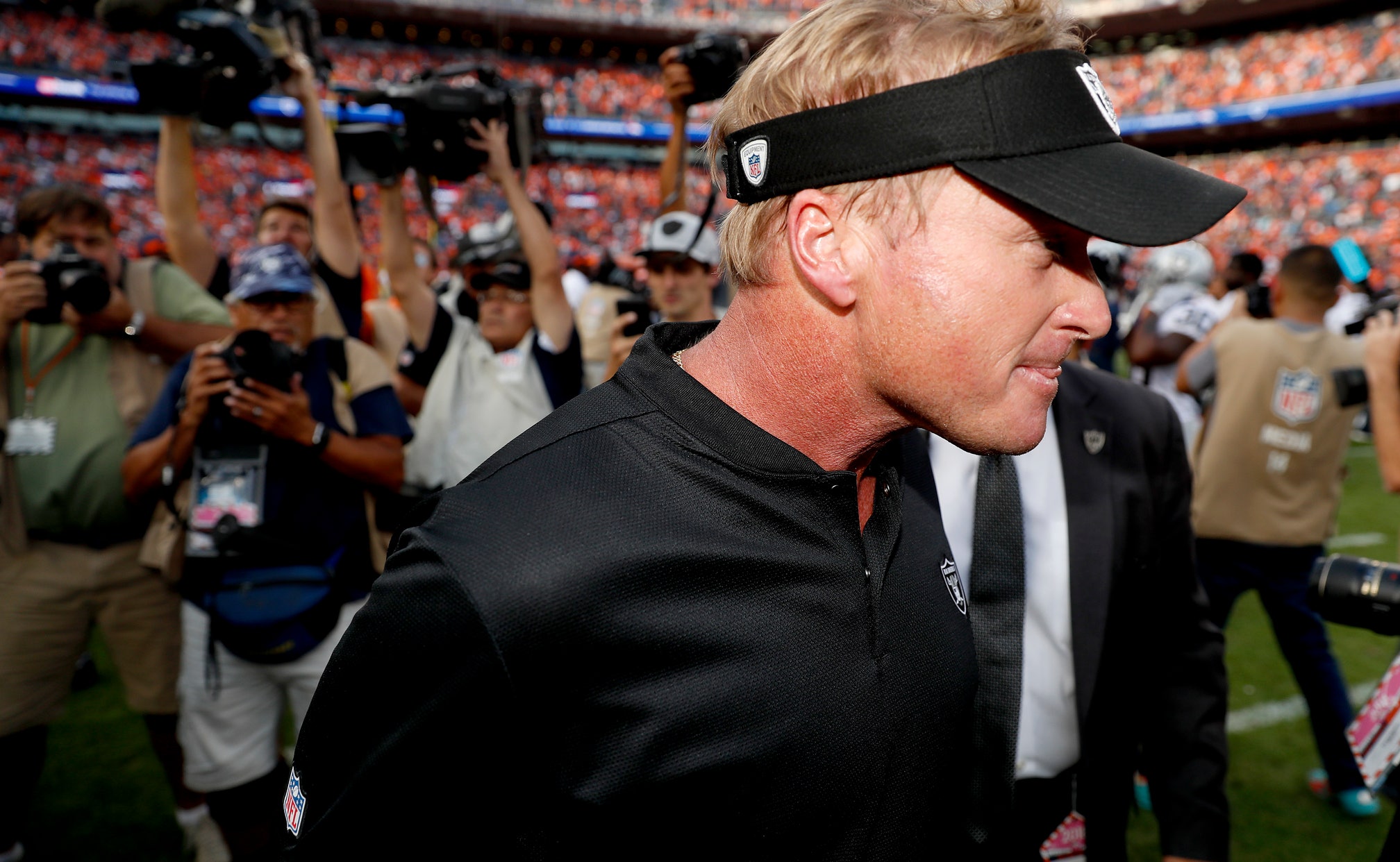 previous story
The Latest: Rhode Island town passes resolution against Nike
next story
Ravens not counting on having LB Mosley vs Broncos on Sunday

Gruden says no regrets over Mack trade despite 0-2 start

ALAMEDA, Calif. (AP) — Coach Jon Gruden was in no mood to rehash Denver's final drive that handed the Oakland Raiders a second straight defeat to open his tenure as coach.

Case Keenum and the Broncos were able to move the ball down the field with little pressure in the heat and altitude of Denver and get a 36-yard field goal from Brandon McManus in the closing seconds of a 20-19 victory Sunday.

A second straight game with no consistent pass rush raised an obvious question for Gruden about whether the decision to trade edge rusher Khalil Mack, who was holding out, to Chicago for a package of draft picks was a wise move.

That hasn't happened through two games so far this season as Oakland has just two sacks combined in losses to the Los Angeles Rams and Broncos in the opening two weeks.

Bruce Irvin, who used to be nicknamed Robin to Mack's Batman, has been unable to deliver with the bigger responsibility of being the top pass rusher. He had one sack in the opener against the Rams but didn't provide much this past week.

He committed a personal foul that extended a touchdown drive for the Broncos after Oakland had appeared to make a third-down stop and looked gassed on the final drive when Keenum moved the ball from his 10 to the Oakland 18 with under two minutes remaining.

"Well obviously we need to get more out of our captain," Gruden said. "He's put in some tough spots, certainly. He's a good player. He's had some really good snaps. We need more and more from him. I know he's giving us everything he has and it's tough on him, certainly, because we do have a lot of new guys around him upfront. We're happy he's here."

The Raiders also hoped to get a boost from three rookie draft picks in end Arden Key and tackles P.J. Hall and Maurice Hurst. Key excelled in the preseason but has looked overmatched at times now that the regular season has started.

Hurst had the team's only sack Sunday and Hall played on an injured ankle for much of the opener before missing the game against the Broncos and likely a little more time.

The lack of a pass rush has played a role in Oakland struggling in the second half the first two weeks. The Raiders led both games at halftime but have been outscored 43-7 in the final two quarters for the worst second-half scoring margin in the league.

They had chances to close out the Broncos even before the defense allowed the game-winning drive. Early in the fourth quarter, fullback Keith Smith dropped a pass from Derek Carr on fourth-and-1 from the Denver 33.

Instead of the Raiders going in for another score to extend a 19-10 lead, the Broncos took over and drove for a touchdown.

Oakland got the ball back with less than six minutes to go and a chance to ice the game. The Raiders got two first downs but a double pass interference call against Denver's Bradley Roby and Oakland's Amari Cooper wiped out a 29-yard gain to Cooper.

Then a false start on second-and-4 by tight end Jared Cook helped stall the drive and led to a punt that set up Denver's winning drive.

"This is the National Football League. You have to be able to finish the game," Raiders cornerback Rashaan Melvin said. "That's something we haven't done as a team and we really need to focus on doing."