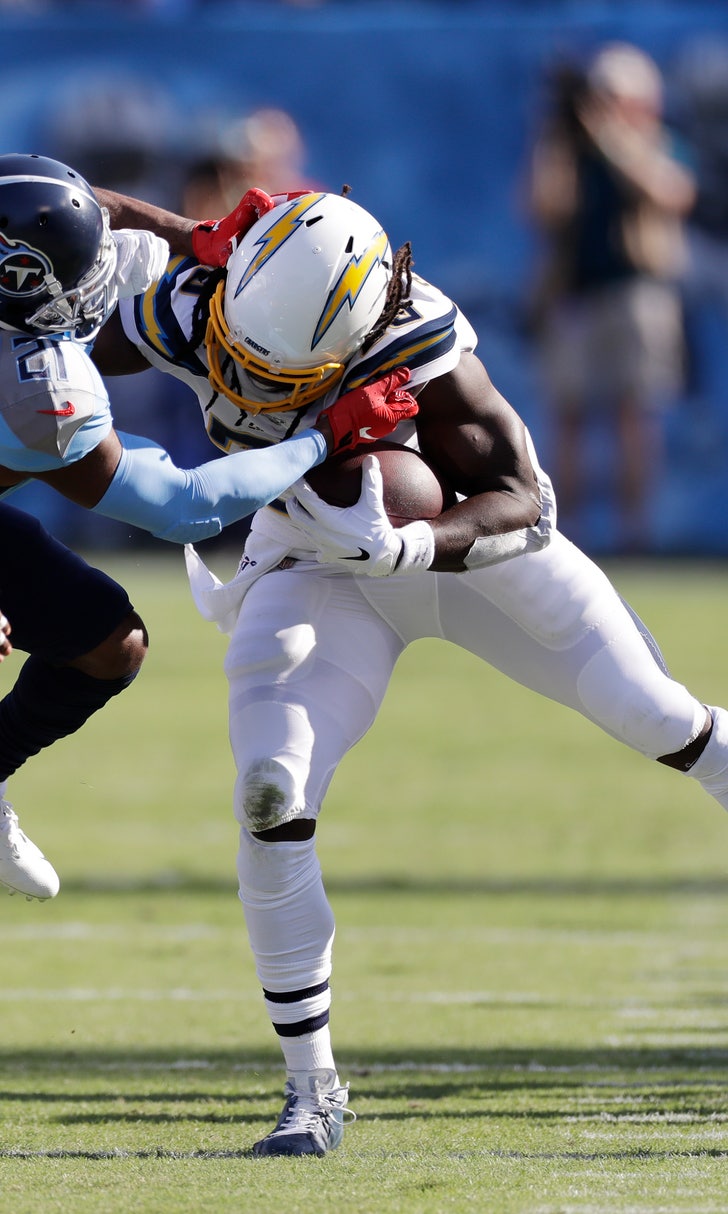 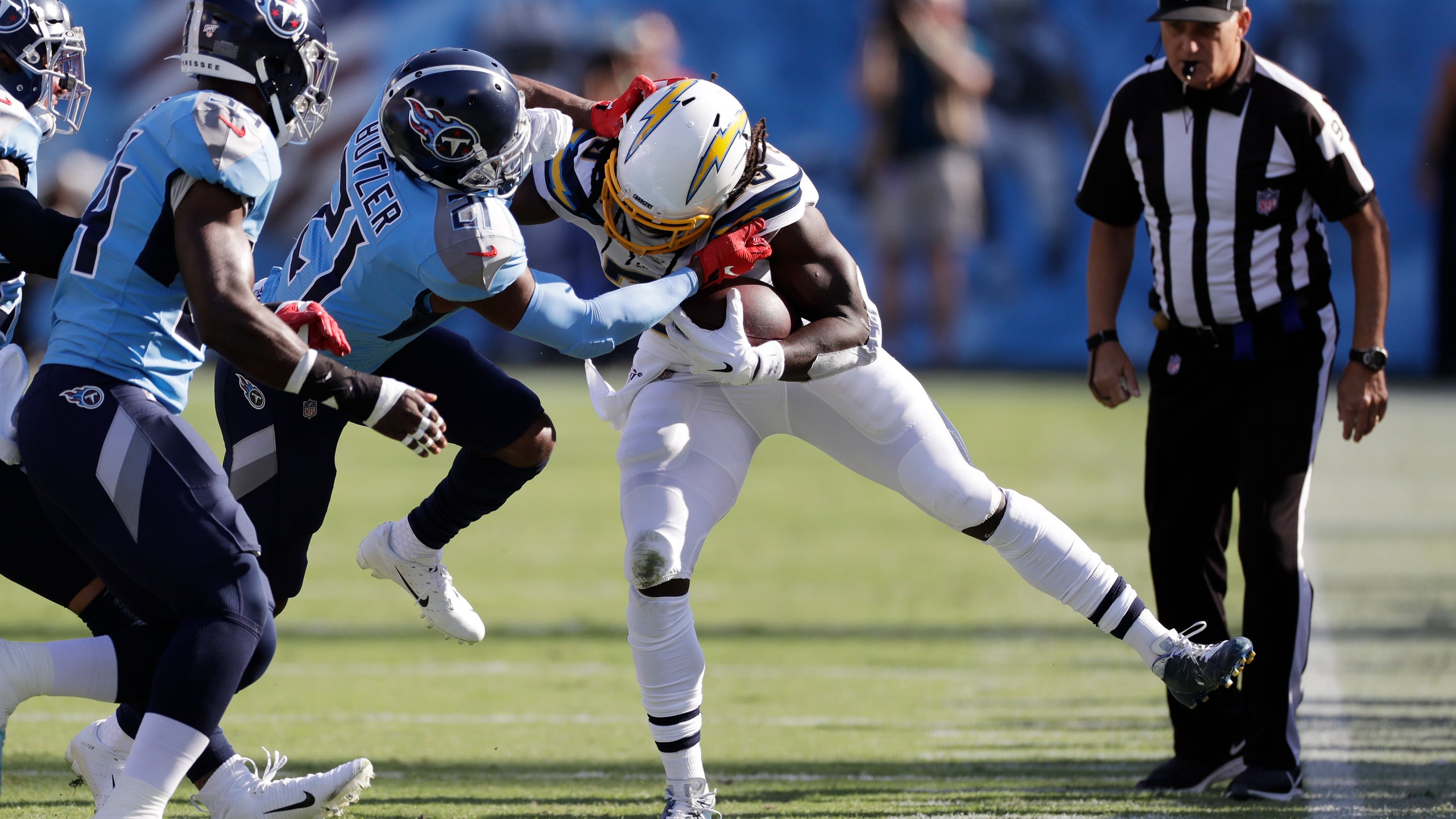 COSTA MESA, Calif. (AP) — Melvin Gordon has been frustrated for a long time.

First, over a holdout for a contract extension that was not successful and then over his slow start once he returned to the Los Angeles Chargers.

But the running back did two things last Sunday that he considers inexcusable. He fumbled at the goal line against Tennessee, costing his team a chance at a win, and he let his emotions show.

When Gordon's fumble allowed the Titans to hang on for a 23-20 victory, the frustration of the past four months finally boiled over. Gordon covered his face with a towel on the sideline and broke down. On Monday he refused to admit if he had been crying.

"One thing I hate most about Sunday is I let you all see me sweat," Gordon said. "You're never supposed to let them see you sweat or show emotion out there."

Gordon's return was supposed to provide another playmaker for the Chargers offense. Instead, it has been one of many struggles for a team that has lost three straight and is 2-5 going into Sunday's game at Chicago.

When asked if he would have held out if given a chance to do it again, Gordon said he didn't know if he could answer that.

"I know I won't miss another training camp again. I can tell you that," he said. "If I was to go back, I can't say. With the running back thing and all, we want to get paid. That's tough."

But Gordon also realizes that holding out for two months has put him more under the microscope not only with fans, but with prospective employers next season.

Gordon is averaging just 2.25 yards per carry with his longest gain in 36 carries going for 7 yards. He doesn't appear to be close to the running back who made the Pro Bowl last season and has more than 1,200 scrimmage yards each of the past three years.

He also knows that critical mistakes such as Sunday's are more glaring considering everything that has transpired.

"You do something bad and everything is blown up. You don't play, you don't win, it's blown up, and if I make a mistake it's blown up," he said. "We're in a position right now where every win and every game counts."

The Chargers will try to get their running game back on track this week despite a decimated offensive line. Gordon refuses to let the injuries be an excuse, and said it puts even more pressure on him to make them look good by finding a way to make it happen.

Coach Anthony Lynn and teammates are still supportive of Gordon and have confidence he can turn things around.

"I feel like once we start running the ball everything will go from there," wide receiver Mike Williams said. "It's been tough. Last year those games were going our way. Hopefully we can turn around things this week in Chicago."