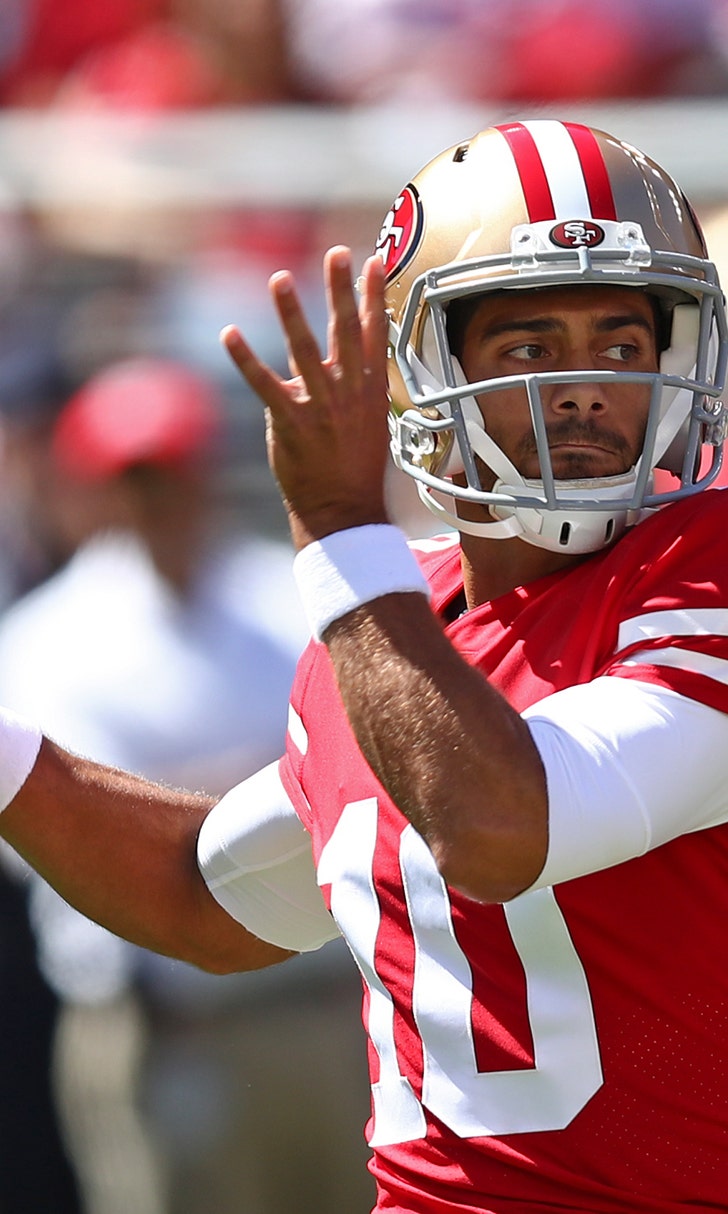 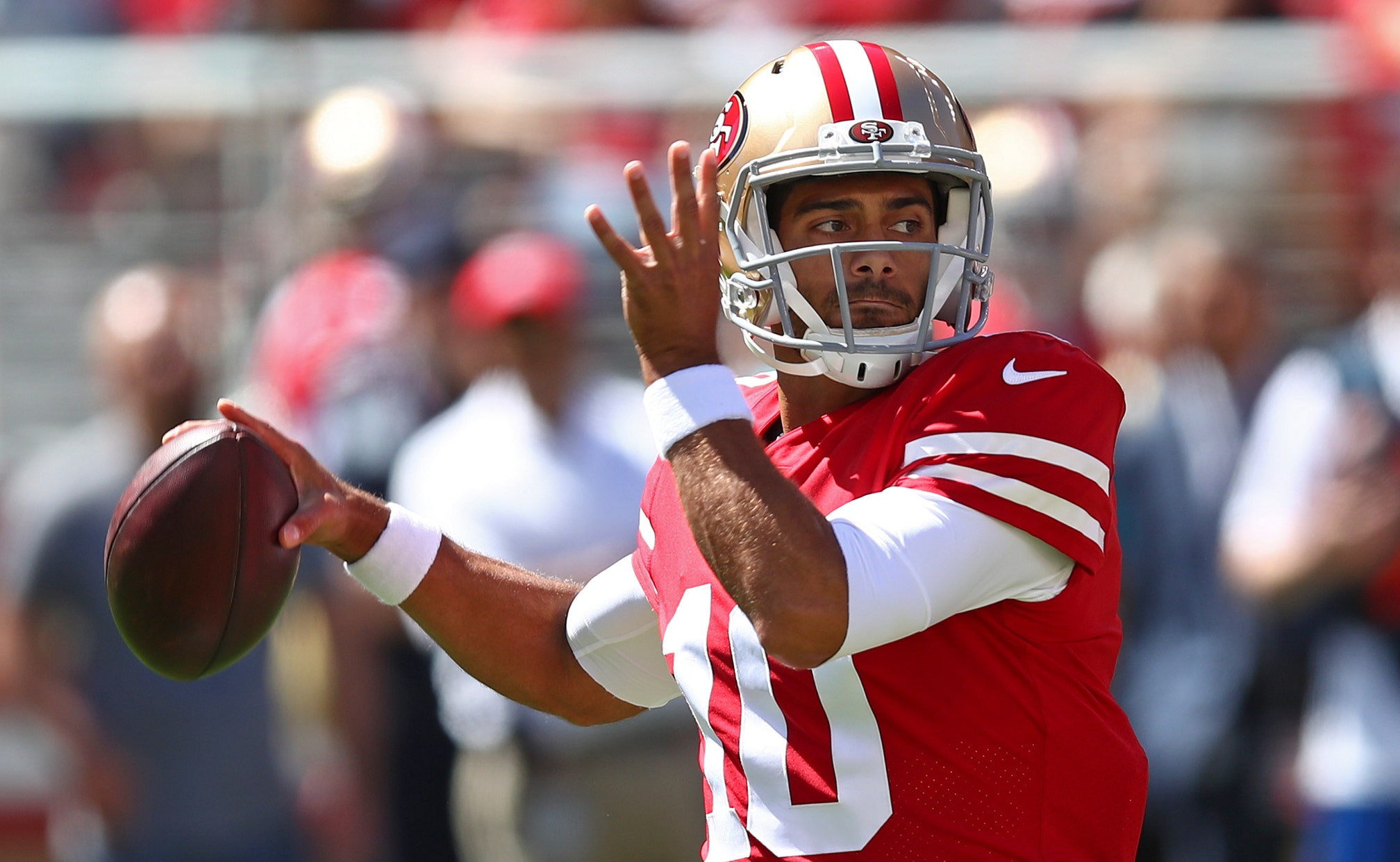 Garoppolo looks for consistency going into matchup at Chiefs

SANTA CLARA, Calif. (AP) — Jimmy Garoppolo's first two games of the season have been a mixed bag, with his shining moments counterbalanced by mistakes.

"We know it's going to be loud," Garoppolo said before Wednesday's practice. "I played there my rookie year (with New England) and it was rocking. So we know what we're in for."

Sunday's game features an intriguing matchup of two young quarterbacks who benefited from the expert tutelage of the veterans they once played behind.

After serving as a backup to Tom Brady for three seasons, Garoppolo was traded from New England to San Francisco and looked sensational in five games to close out the 2017 season, which led to a five-year, $137.5 million contract for the 26-year-old.

Chiefs quarterback Patrick Mahomes soaked in all he could from Alex Smith as a rookie in 2017. Smith was traded to Washington in the offseason, and Mahomes has responded with an NFL-best 10 touchdowns so far, the most by a quarterback in NFL history over the first two games. He has yet to be picked off.

While the 49ers' defense has a challenge in slowing down the Chiefs' high-powered attack, Garoppolo and the offense simply want to avoid the potentially game-changing mishaps that they've been susceptible to over the first two weeks.

Garoppolo had an interception returned for a touchdown in the opener at Minnesota, a play on which receiver Kendrick Bourne ran the wrong route. Garoppolo threw three picks total in that loss and Alfred Morris lost a fumble inside the Vikings 5-yard line.

Then in Sunday's 30-27 victory over Detroit, Garoppolo threw a fourth-quarter interception that would have been a game-changer were it not nullified by a Lions holding penalty.

It came out later that rookie receiver Dante Pettis ran the wrong route on that play, but it was still an ill-advised throw by Garoppolo.

Being on the same page in the passing game is a key to avoiding those kinds of mistakes. And good communication can be a challenge when dealing with the crowd noise at Arrowhead.

"I think it starts with the week of practice," Garoppolo said. "We want to go out there and be perfect on every play call — how we hear it, how we communicate with each other between series, all that stuff. It's a lot of little things coming together."

The 49ers hope for the healthy return of veteran receiver Marquise Goodwin, who missed Sunday's game because of a bruised thigh. Goodwin practiced Wednesday for the first time since that injury, but he looked to be holding back a bit while running routes during the portion of practice open to reporters. Goodwin declined to speculate on whether he would play against Kansas City.

NOTES: Linebacker Reuben Foster was added to the 49ers active roster after serving a two-game suspension for violating the NFL's policies of conduct and substances of abuse. Foster is expected to start at inside linebacker against the Chiefs, but coach Kyle Shanahan was non-committal about whether rookie Fred Warner, who has been a bright spot through two games, would remain in the lineup if Foster starts. Offensive lineman Matt Tobin was released to clear a roster spot for Foster. ... Strong safety Jaquiski Tartt (shoulder) and guard Joshua Garnett (toe) did not practice. Goodwin was limited as was cornerback Ahkello Witherspoon (ankle) and guard Mike Person (foot).