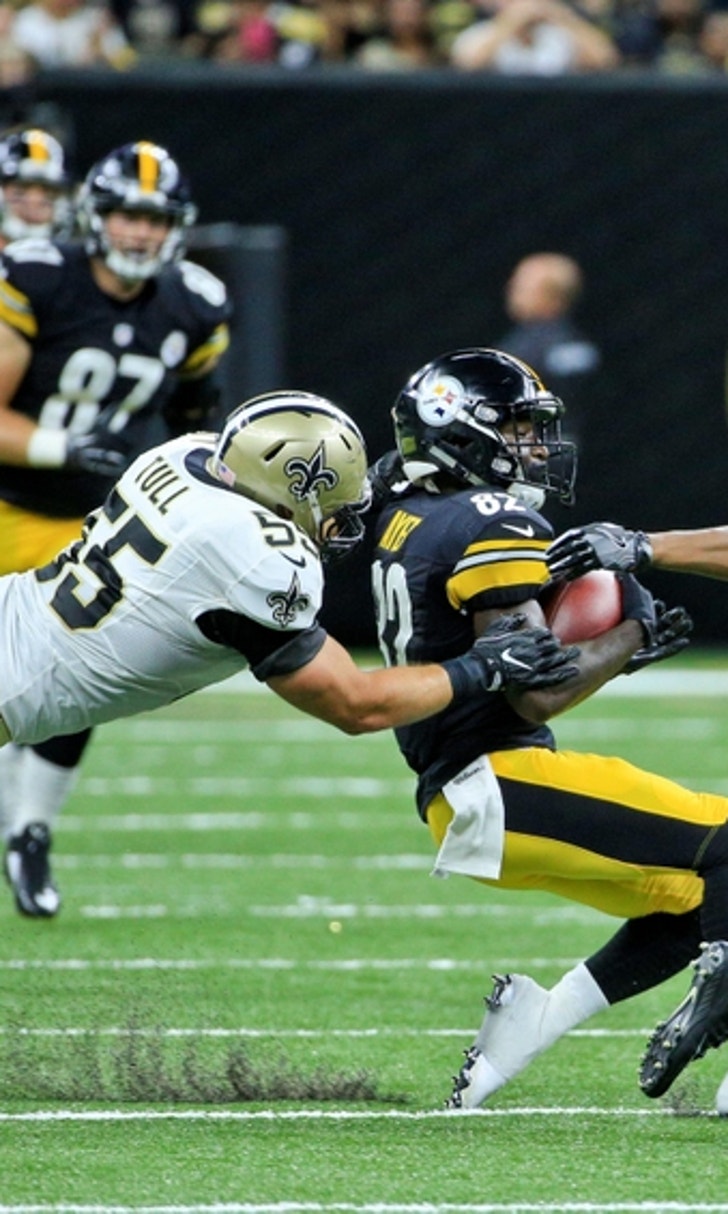 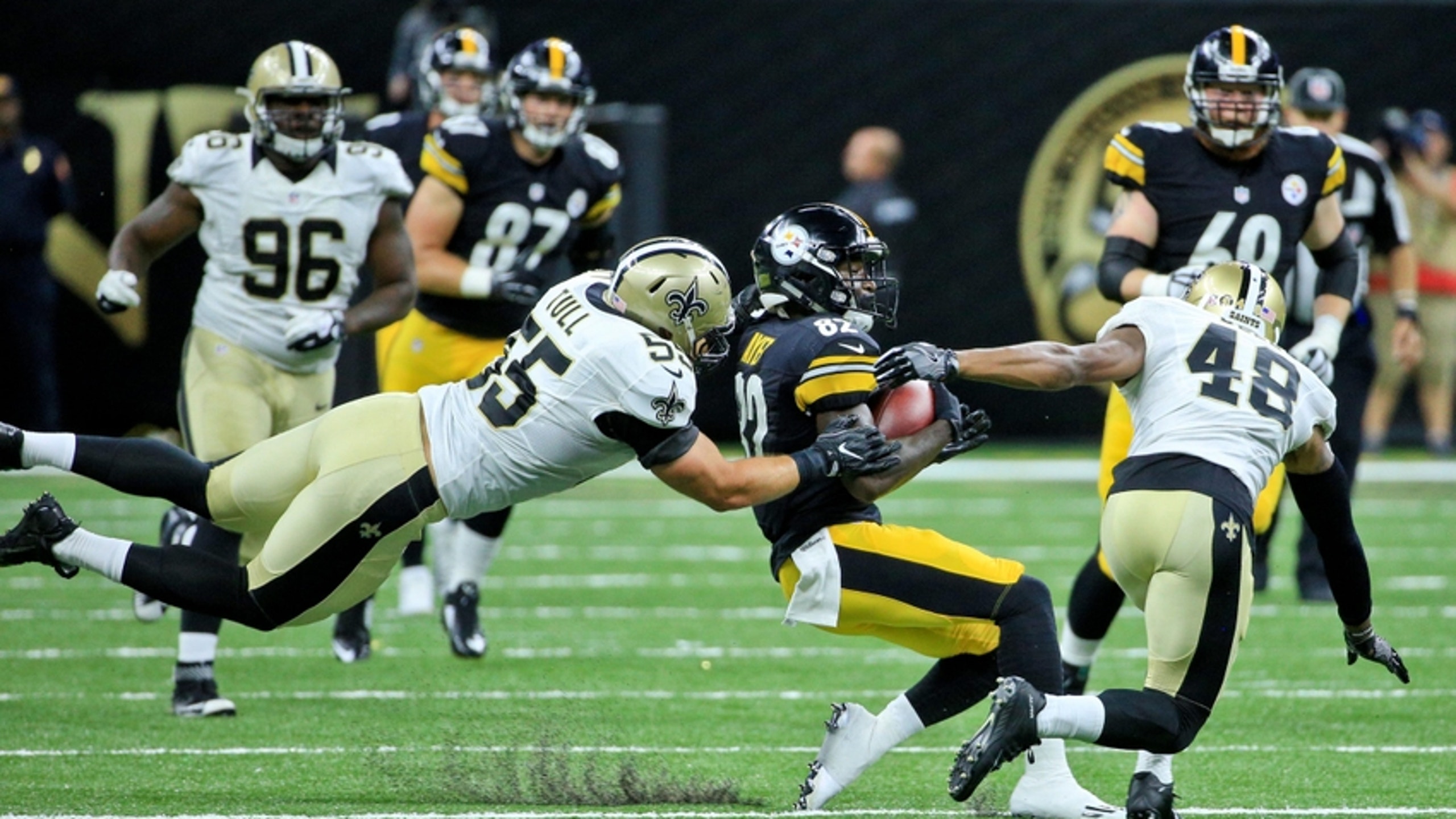 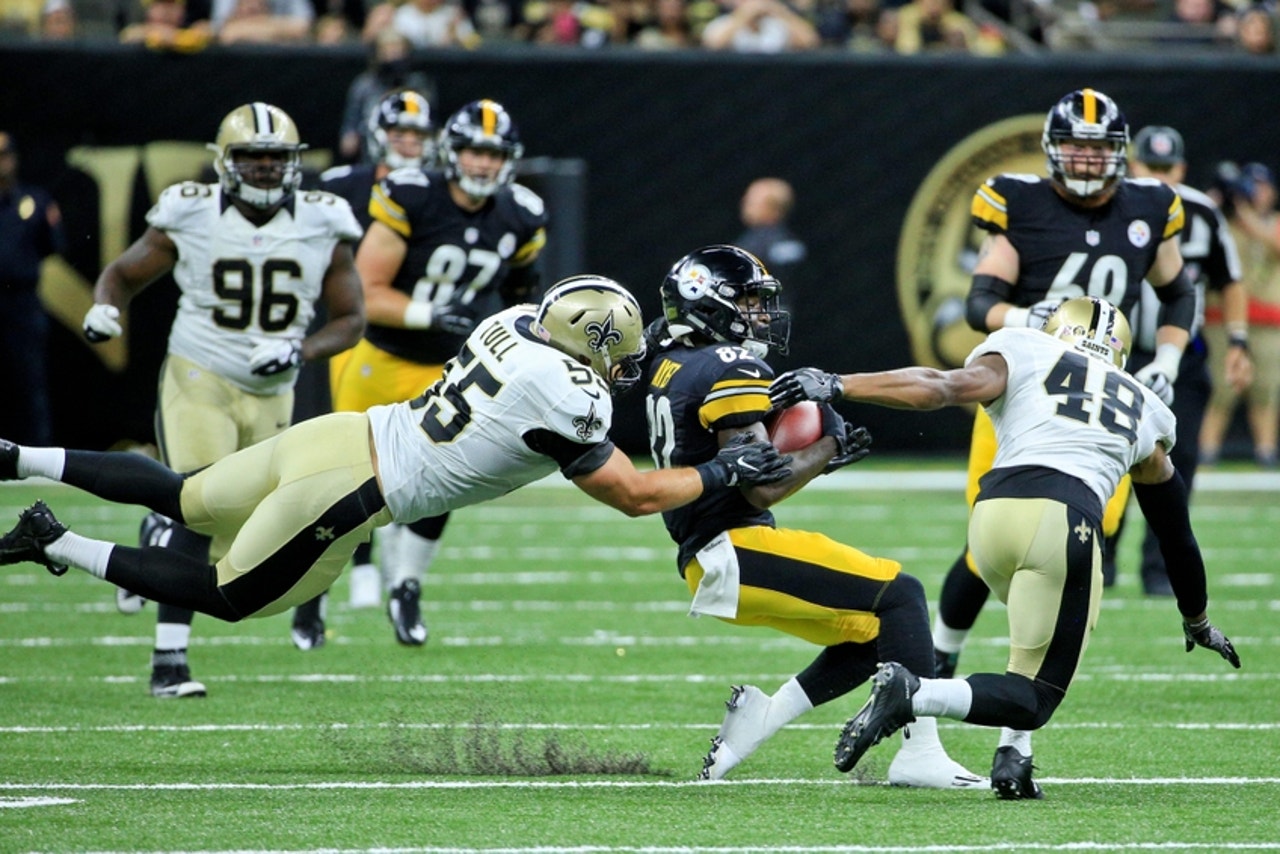 It’s hard to find the silver lining in the Saints’ ugly preseason loss to the Steelers. Pittsburgh outplayed New Orleans in every facet by an average defense and an admittedly dominant offense. Looking through the tape, there’s not much in the way of positive takeaways. The offense in particular had an alarmingly rough outing.

On defense, the outlook was less grim –Marginally. The defensive line still failed to generate any kind of pressure. The linebackers struggled to prevent medium-gain plays underneath and over the middle. To their credit, the LBs never allowed Le’Veon Bell or the Steelers’ underneath game to break free for major yardage, which is commendable.

But the play in the secondary encouraged me. The Saints’ DBs gave up their share of big plays but for the most part played well in coverage and in run support. Delvin Breaux in particular had a phenomenal game. By my count, the Steelers targeted Breaux one time on an Eli Rodgers wheel route — Breaux smothered it. The New Orleans native also made solid contributions in run support. Most notably, he punched the ball out of Bell’s arms on a reception at the end of the first quarter. Bell likely should have done a better job holding onto the ball, but Breaux did his part. That’s what we need to see from this defense moving forward.

Behind Breaux, the performances were more mixed. P.J. Williams, De’Vante Harris and Ken Crawley each had encouraging moments. But they also made too many mistakes. The story for these CBs on the night was youth. As presumptive contributors, youth is no excuse for poor play. But I was encouraged to note that many of their mistakes are technique problems, rather than talent deficiencies. Technique will improve with experience. There will be some unwelcome growing pains this year, but the secondary has promise.

The Steelers successfully targeted Williams, the presumptive starter at CB2, early and often. With Breaux locking down the opposite side of the field, expect teams to go after Williams. Overall, it was a disappointing performance for Williams, who will have plenty of tape to review. He gave up a 36 yard reception to Markus Wheaton when he failed to turn his head, and seemed to leave his assignment on the Steelers’ first touchdown to TE Jesse James.

Yet even as he gave up receptions, he flashed the coverage ability coaches and players have raved about through camp. He gave up a number of receptions by playing too far off the line of scrimmage, but when he played up at the line, he showed a great ability to stay tight in coverage. He stuck tight onto Antonio Brown a number of times, and while he did give up a couple of receptions to Brown he was often in a position to contest the catch.

On the Wheaton reception, Williams maintained great position the whole way, and would have had a chance at making a play on the ball had he turned his head. Darrius Heyward-Bey beat Williams badly on a slant route, the only time a Steelers receiver truly beat Williams. If he can clean up some of his coverages, Williams showed enough—even on a bad night—for the Saints to be hopeful about their CB2.

I’d say the same for Harris. Overall, Harris had a very solid game, the one striking outlier being the 57 yard touchdown to Antonio Brown. I’ve heard plenty of people pointing out this play as an example of preseason experimentation, with our UDFA rookie matched up on a receiver as dangerous as Antonio Brown. Not the case. With Harris the likely starter at nickel corner, expect teams to attack him often—this won’t be the last time a receiver like Brown lines up in the slot to exploit the matchup.

That said, the tape suggests that Harris is more than up the challenge. Even on Brown’s touchdown reception Harris played solid coverage. Like Williams, he would have had a chance at an interception had he turned his head properly. He was called for pass interference on the play, but the contact was unnecessary: he was not beat, and can easily clean the play up. What stood out to me watching Harris were his contributions in run support. He was very active around the ball, consistently evading blockers and making open field tackles. For the Saints to improve in run defense, strong corner tackling is crucial.

Crawley also stood out on tape for his contributions in run support. The Steelers didn’t target him in the passing game, but he occasionally looked soft in coverage. The Saints are counting on his development. Crawley would likely be the first CB called up in the case of an injury. Overall there’s not quite enough on this tape to make an assessment, but there is obvious room for improvement.

The Saints played Crawley on the outside, working him as a backup for Breaux or Williams, while Swann got snaps as the second string nickel corner. Of the Saints’ CBs, Swann had the worst night, getting flat out burned by Sammie Coates and later interfering with Coates when he bit on a double-move. With Sean Payton now reporting that Swann is undergoing a physical exam, his spot on the roster is firmly in doubt. Perhaps he lands on IR. After such exceptional play last year, the Saints have to hope that he can return to form.

Moving forward, the Saints have to see improvement from their young DBs, but the promise is there. Williams and Harris have both shown that they are able to cover, and even at their current level they will be welcome upgrades over last year. If they can clean up the rookie mistakes, this secondary looks to have a solidly young and talented core.

The safeties are overall harder to evaluate than the CBs, because the NFL does not release coaches film (aerial view) for the preseason. Here are some notes:

— Kenny Vaccaro was active all night, taking proper angles and tackling well. In coverage, he had a few notable missteps. On the Steelers’ first touchdown, Vaccaro left the TE to chase Roethlisberger as he broke free of the pocket, passing the TE off to Williams. Vaccaro was arguably in a better position to defend the TE, and Williams to pursue Roethlisberger. The two miscommunicated, and both chased the QB. Vaccaro gave up a big reception to Xavier Grimble, but came up arguing that Grimble pushed off. There was no clear angle on the tape. Vaccaro was slow to cover Coates’ out route on the third Steelers touchdown, though it was a particularly hard route for him to cover, given his assignment. Still, you have to expect better from one of the Saints’ better defenders.

— Jairus Byrd took a bad step on Antonio Brown’s 57 yard touchdown. He would have been hard pressed to catch up with Brown regardless. The Steelers ran a play designed to get Brown free from the single high safety. Otherwise, Byrd played well in coverage. The Steelers rarely challenged him.

— Vonn Bell saved a touchdown when he tackled Coates after Coates burned Swann on the go route, and showed good instincts on a TFL.

— Roman Harper continues to flash as a pressure player, getting after the QB well and making good reads.