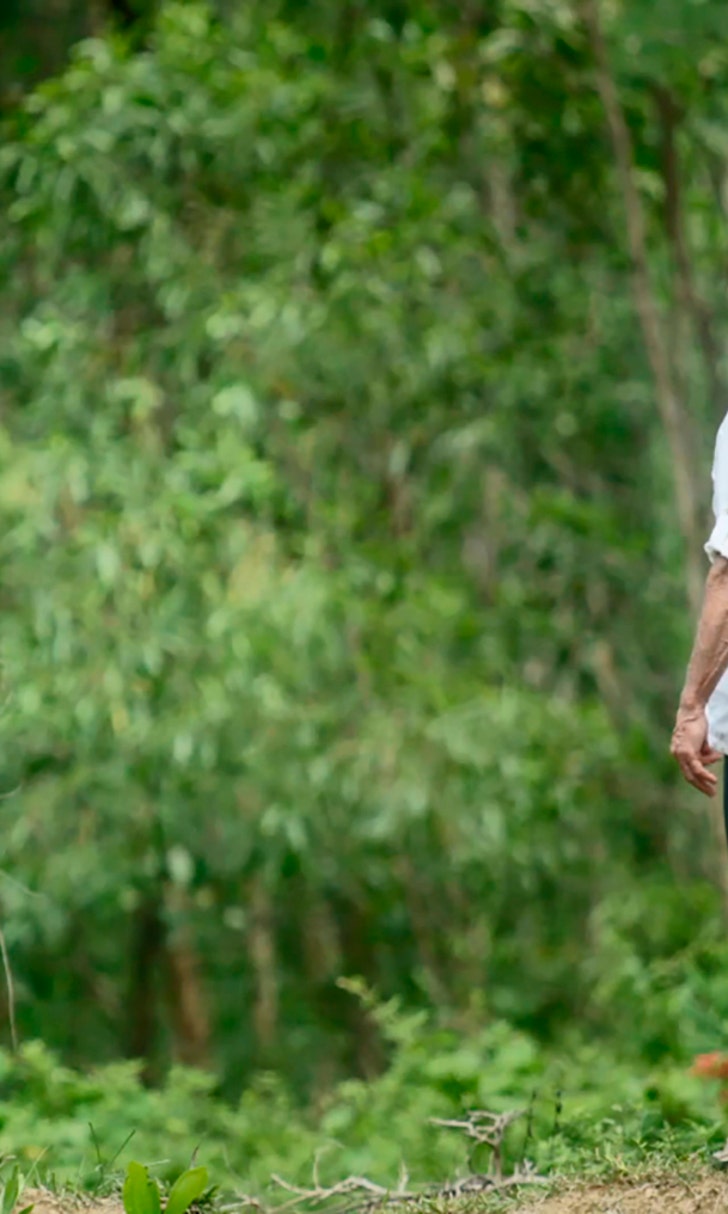 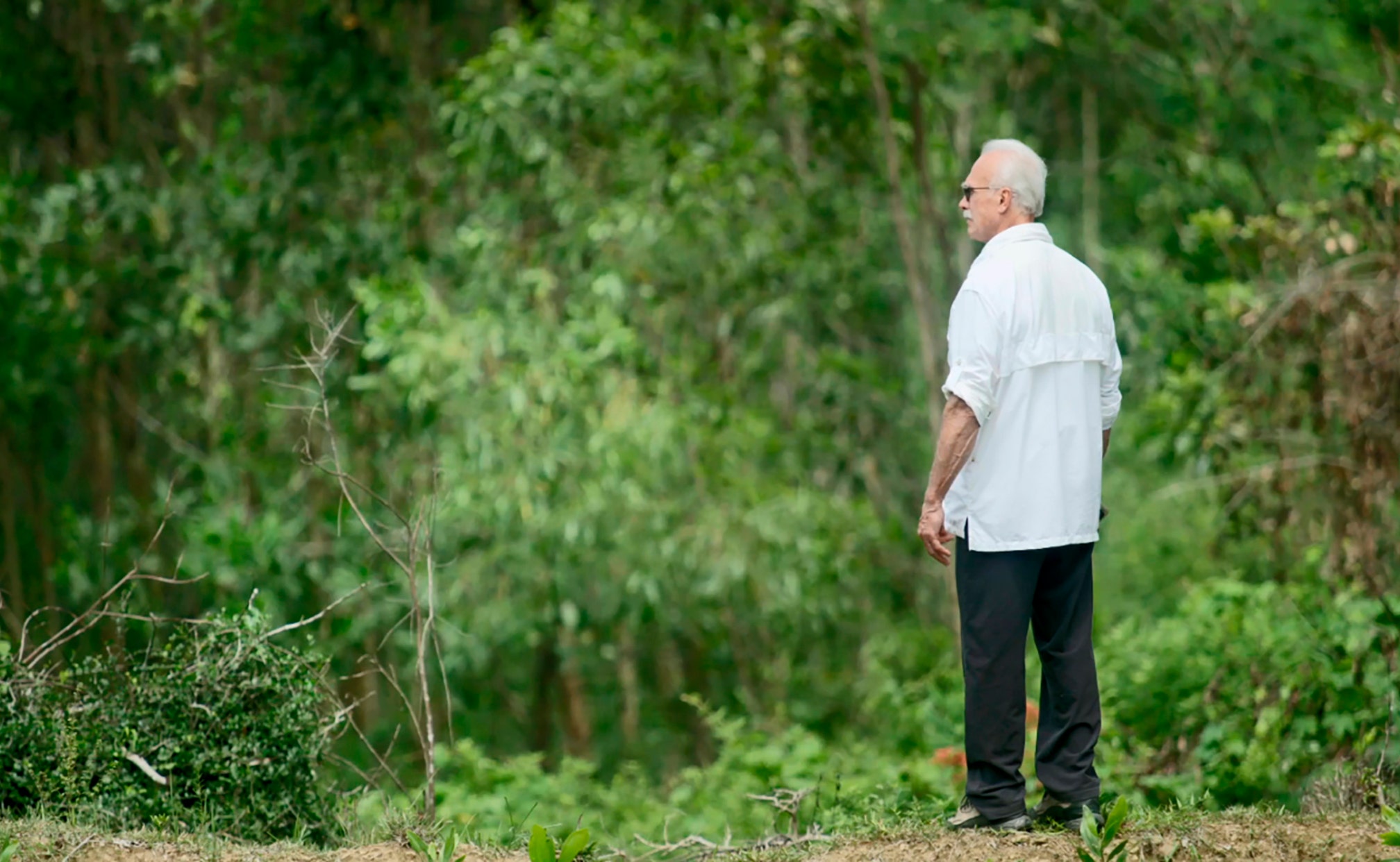 Rocky Bleier thought he made peace with what happened in a rice paddy in Vietnam on Aug. 20, 1969.

What the former Pittsburgh Steelers running back didn't have though was closure until a trip back there last year.

Bleier's visit to Vietnam — the first time he had been back since being injured in battle — is the subject of ESPN's "The Return", which debuts Tuesday at 8 p.m. EDT on ESPN2. A shorter version began airing Saturday on "SportsCenter" as part of its weekly SC Featured series.

"It was a different catharsis than I anticipated," Bleier said. "Unlike the average veteran who returned after service and had to repress those feelings, I came back to a high-profile industry and became a story. In some regards it was cathartic (during his playing days) that I had to talk about it."

Bleier's story remains one of perseverance. He was selected by the Pittsburgh Steelers in the 16th round in 1968 only to be drafted into the U.S. Army during his rookie season. Three months after being deployed, Bleier was shot through his thigh and suffered a grenade blast where shrapnel severely damaged his right foot and both legs when his "Charlie Company" unit was ambushed during a recovery operation in the Hiep Duc Valley.

Of the 33 soldiers in the infantry unit, 25 were injured and four killed.

Doctors were able to save Bleier's foot but told him he would never play football again. Not only did Bleier recover from his injuries, but he was an integral part of the Steelers' four Super Bowl teams in the 1970s.

He remains one of the most beloved players in franchise history. The feature opens with Bleier's induction into their Ring of Honor last year.

"It's a tragedy, I wish the war had never happened," Hall of Fame running back Franco Harris says during the film. "But if we change anything would the Old Man (Art Rooney) have put Rocky on the team and would Rocky have worked as hard as we had, and would we have four Super Bowls?"

Bleier acknowledges that the trip happened at the right time since his war and NFL experiences are intertwined.

Getting Bleier to return to Vietnam was one of ESPN producer Jon Fish's dream projects and happened after nearly 10 years of discussions. ESPN green-lighted it in March 2017 and the trip happened last August with Bleier, Fish, reporter Tom Rinaldi and a camera crew flying into Da Nang, which is 35 miles from the Hiep Duc Valley.

Bleier kept telling Fish and Rinaldi not to expect a lot of emotion before the trip, but all of that changed when he finally got to the area. After giving Bleier time to walk around and take everything in, Rinaldi caught up with him and asked what he was feeling.

At that point, Bleier began to break down and weep.

"All of a sudden I had an overwhelming feeling of loss and sadness," he said. "Why did we fight this war? Why did we lose 58,000 soldiers and in all honesty for what? Maybe for first time I can understand on a slight basis the impact that our soldiers go through and maybe just a little what post-traumatic stress might be and how the body reacts to all the emotions."

Shortly after Bleier was overcome emotionally, he collapsed while walking through the area due to heatstroke and was taken to a clinic to be evaluated. He returned back to the rice paddy two days later.

Fish — who has been producing features for 22 years — said he was surprised that cameras were still rolling when Bleier collapsed.

"We were extremely calm and worried about his well being. When you do a TV shoot it is very involved and planned hour by hour but all of that went out the window," Fish said. "Here we are worried about Rocky and he wanted to go back and finish."

The heat and humidity didn't just affect Bleier. Fish said that two cameras had their motherboards completely fried due to the conditions.

On their second trip to the rice paddy, Bleier met a Viet Cong soldier who became a scout for the U.S. Army during the war. The former soldier had seen the crew filming, approached Bleier and said "4th to the 31st. America Division. Chu Li. Company B. Number 220."

"Everyone we met was pro American. There is a whole generation that the war is for the history books and not an experience they were a part of. The viewpoint has changed," Bleier said.

There was plenty of time during filming where Bleier had time alone to reflect. Rinaldi said their hope was to let the moments develop while not being obtrusive.

"It is no small request to ask someone to share their story and trust," Rinaldi said. "We all have great respect for the physical strength and courage that Rocky has. For him to be willing to be that vulnerable is something we didn't expect."

Bleier — who worked in television after he retired from the Steelers — has an appreciation for the process.

"Their sense of detail, coming up with the end result and impact you are looking for, that takes a talent. For me it was interesting and intriguing," Bleier said. "Tom is a wonderful writer in his own right and has this great charisma. Jon is creative. To keep this on track for 10 years you have to be a special person.

"Out of this whole thing there is a relationship that has developed. It is so easy now to call them friends rather than acquaintances. Hopefully this film will help some veterans with some healing or closure possibilities. I hope that it is the case."