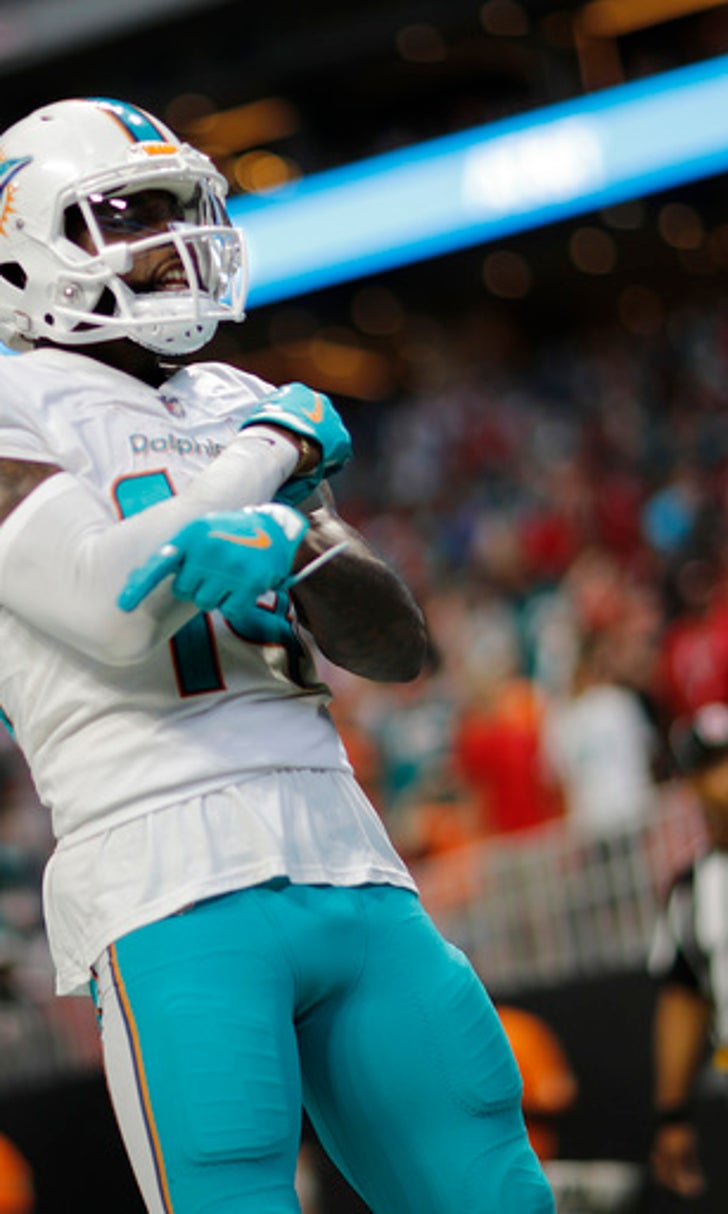 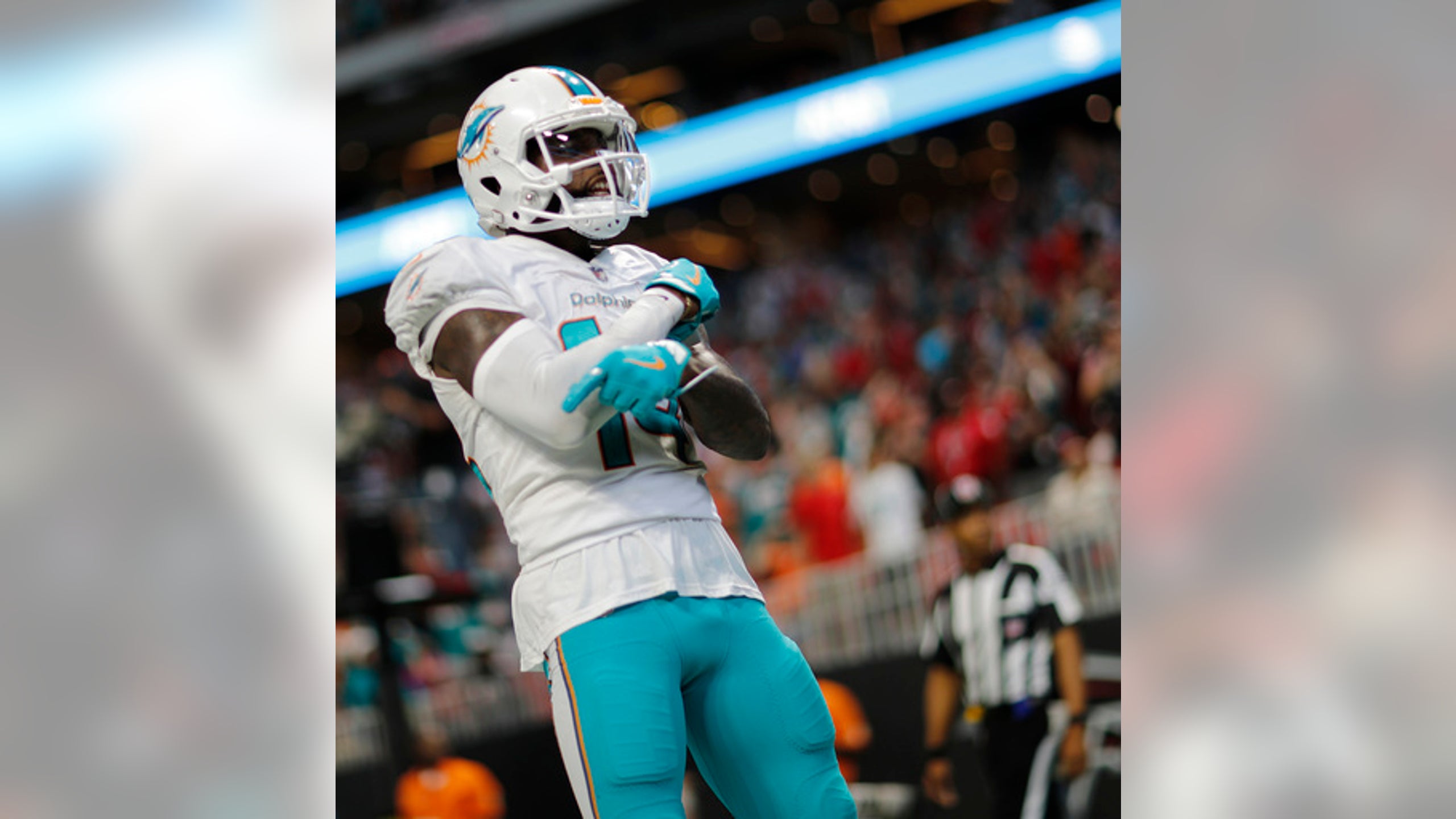 The result: a stunning 20-17 victory for the Dolphins.

Cutler threw a pair of touchdown passes, Cody Parkey kicked a pair of field goals and Miami rallied from a 17-0 halftime deficit, rekindling memories of Atlanta's epic collapse against New England in the Super Bowl.

And next up for the Falcons - a rematch against the Patriots.

''It's tough,'' Atlanta linebacker Vic Beasley Jr. said. ''We experienced that feeling before in the Super Bowl.''

Ryan, who had five interceptions in the two previous games, threw another crucial pick with the Falcons in position to at least attempt a tying field goal.

Cordrea Tankersley got a hand on a pass intended for Austin Hooper and Reshad Jones swooped in to make the game-clinching interception inside the 10 with 39 seconds remaining.

''I kept my eyes on the ball and made a great play,'' Jones said. ''This was a huge win for us against a great offense.''

The Falcons don't look so great at the moment.

Ryan is just one interception away from his total for all of last season, when he was the league's MVP.

''I understood we were in field goal range to tie the game. I also understood that we had plenty of time on the clock,'' Ryan said of the final possession.

''It was a throw I felt good about, so I let it rip. Just a good play by them. Sometimes, that's how it goes.''

Parkey put the Dolphins (3-2) ahead for the first time with 2:30 remaining, booting a 38-yard field goal after a gutsy play by receiver Jarvis Landry, who was hit by six players but still managed to power ahead for a crucial first down.

Cutler, who struggled in his first four games as the Dolphins' fill-in starter after putting off retirement, completed 19 of 33 for 151 yards, including scoring passes to Landry and Kenny Stills. Jay Ajayi had a big game on the ground, rushing for 130 yards.

''We can't be satisfied with this game,'' Cutler said. ''This is a one-week business.''

The Falcons (3-2) appeared headed for an easy victory, especially against a team that had scored only three offensive touchdowns all season.

Marvin Hall, promoted a day earlier from the practice squad because of an injury to starting receiver Mohamed Sanu, hauled in a 40-yard touchdown with his first career reception . Tevin Coleman scored on a 6-yard run, and Matt Bryant had a 50-yard field goal.

Cutler failed to complete a pass longer than 12 yards over the first two quarters and was picked off by Deion Jones late in the half.

But the Dolphins totally turned things around in the second half, taking advantage of two huge mistakes by the Falcons.

''Today was the first time the offense kind of gave the defense a little hope,'' said Miami coach Adam Gase, whose team endured a tumultuous week after offensive line coach Chris Foerster resigned Monday when a video surfaced that appeared to show him snorting a white powder while sweet-talking a Las Vegas model.

The Falcons also botched a punt with a snap that may have struck the up-back. Matt Bosher picked it up and was dumped far short of the first down, setting up the Dolphins to drive for Parkey's 49-yard field goal, which tied the game at 17 with 8 1/2 minutes remaining.

Miami opened the second half with its most impressive drive, a 15-play, 75-yard effort that ended with Cutler's 11-yard scoring pass to Stills .

''This one hurts,'' Falcons coach Dan Quinn said. ''For us to be the team we can be, we've got to be more consistent.''

The Falcons have been outscored 72-40 after halftime this season.

That lack of a finishing touch has led to two straight home losses.

In their previous game, the Falcons squandered a 10-7 halftime edge against the Buffalo Bills and lost 23-17.

This was much worse.

Atlanta managed only 106 yards and five first downs in the second half. Ryan finished 24 of 35 for 248 yards, but just 97 yards came after halftime.

Dolphins center Mike Pouncey went out in the second quarter with a possible concussion and didn't return.

Dolphins: Return home to face the New York Jets for the second time this season. The AFC East rivals met in Week 2, with the Jets prevailing 20-6.

Falcons: Travel to New England for a primetime rematch against the Patriots, who rallied from a 28-3 deficit in the Super Bowl to win in overtime.