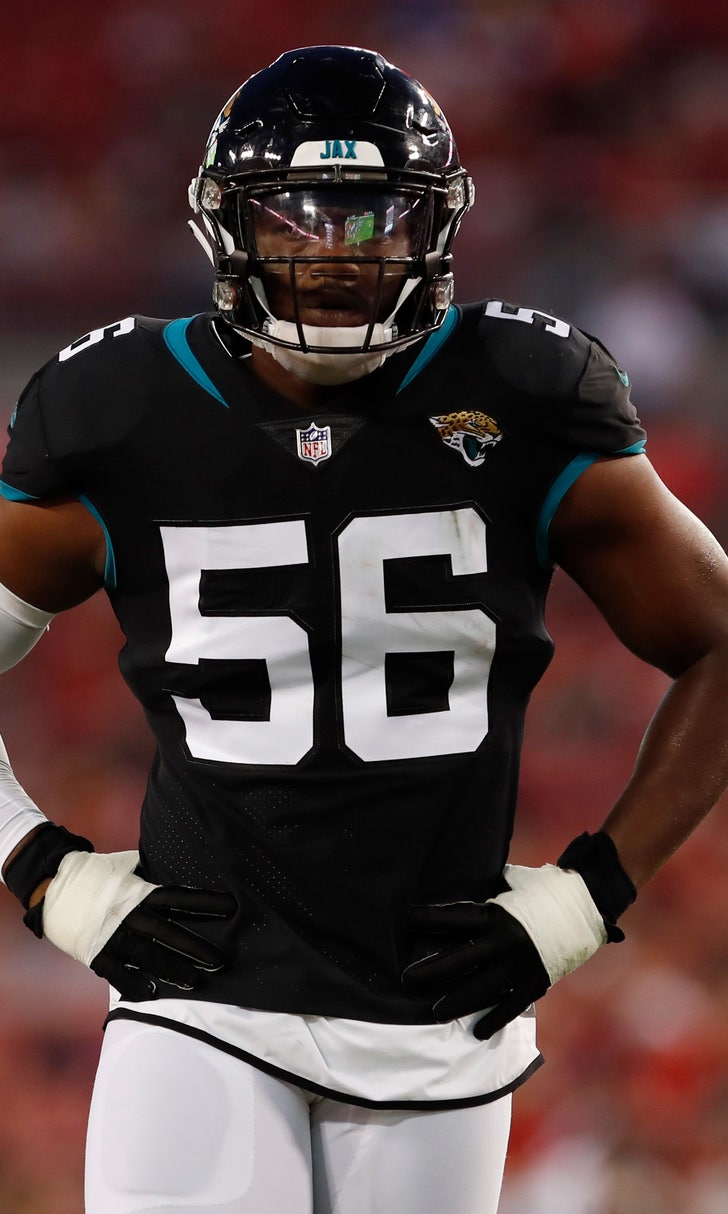 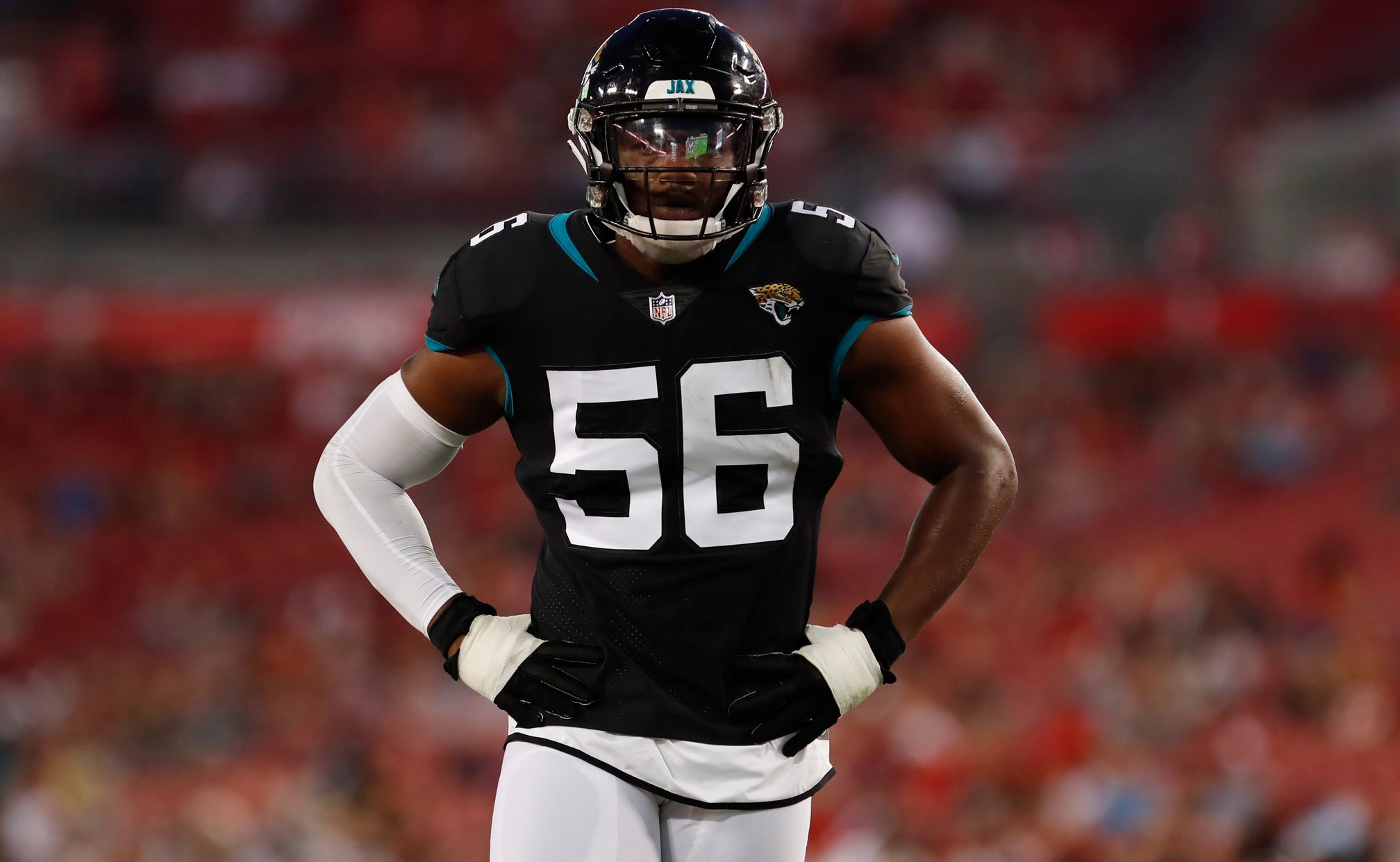 THOUSAND OAKS, Calif. (AP) — The Los Angeles Rams' top defenders reacted with predictable glee when they heard about the addition of pass-rusher Dante Fowler through a trade with Jacksonville.

"I found out about it, and I was smiling ear to ear," defensive tackle Aaron Donald said Wednesday.

The unbeaten Rams' next opponents — the New Orleans Saints — also reacted as you might expect to LA's big addition ahead of their NFC showdown at the Superdome.

"They couldn't have waited a week?" quarterback Drew Brees asked lightheartedly. "He obviously adds some juice to that D-line that's already really stout."

Fowler passed his physical and went through the Rams' typically light Wednesday workout at their training complex. In between cram sessions on the Rams' defensive setup, he spent part of the afternoon in the locker room just talking with his new teammates.

"It's a new chapter, that's how I look at it," Fowler said. "It's a fresh start, just being able to start over and show guys who I really am."

Fowler will play for the Rams as a linebacker, which he considers his "natural position." He is hoping to be more of an every-down contributor than he was in Jacksonville, and he is eager to see what he can do on the rush when defenses must account for Donald, Ndamukong Suh and him on the same passing plays.

"(I want) to go in there, being the extra piece and just contributing to this great defense and to be a part of this special season," Fowler said. "I'm ready to come in here and do what I've got to do to get us where we want to go. ... (Donald is the) best defensive tackle in the league, and Ndamukong Suh is a dominant defensive tackle. Shouldn't be no reason, when I do have my one-on-ones, I've just got to make the most out of them."

The Rams want to go to the Super Bowl, and they're expected to be a strong contender after the franchise's first 8-0 start since 1969.

Fowler has a major advantage in playoff experience over most of his new teammates: The Jaguars reached the AFC championship game last season, winning two playoff games along the way before losing to New England. The Rams made the playoffs last season for the first time since the 2004 seasons, and they lost their only postseason game to Atlanta.

"I was on a really good team last year," said Fowler, who had two sacks in the conference title game. "So it's giving me a little drive, making me really excited, because I already know the way (to prepare) to be a championship team, and I'm ready for it."

Fowler already has one friend on the Rams' defense: Dominique Easley, LA's injured veteran lineman and linebacker, was Fowler's host at the University of Florida when he was choosing a college. Fowler called him "my big brother."

Coach Sean McVay isn't sure how much Fowler will play against the Saints (6-1), but the former first-round pick's arrival added another dimension to an already solid defense.

"We anticipate him being able to be involved, and we'll see how he's able to adjust, how he's able to absorb that information," McVay said. "We wanted to get him in here, and (we're) hopeful that he's a contributor for us as soon as this weekend against a tough team."

McVay still anticipates the return of WR Cooper Kupp from a two-game absence with a knee injury. Kupp was limited in practice Wednesday, but the Rams typically don't do much physical work on Wednesdays. ... LB Trevon Young was the only other Rams player on the injury report. He was limited with his back injury. ... The Rams intend to lean on center Brian Allen and rookie Joseph Noteboom as their backup offensive linemen after the loss of Jamon Brown, who was released to make room for Fowler. "What a class act," McVay said of Brown. "Couldn't have been more impressed with just the way that he handled a tough, difficult discussion. There's always the human element that I don't think you'll ever be OK with. That's what's tough for us, for me as a coach, is when you've got to look somebody in the eye who's been nothing but a class act, a great teammate, instrumental in being able to win a division last year."