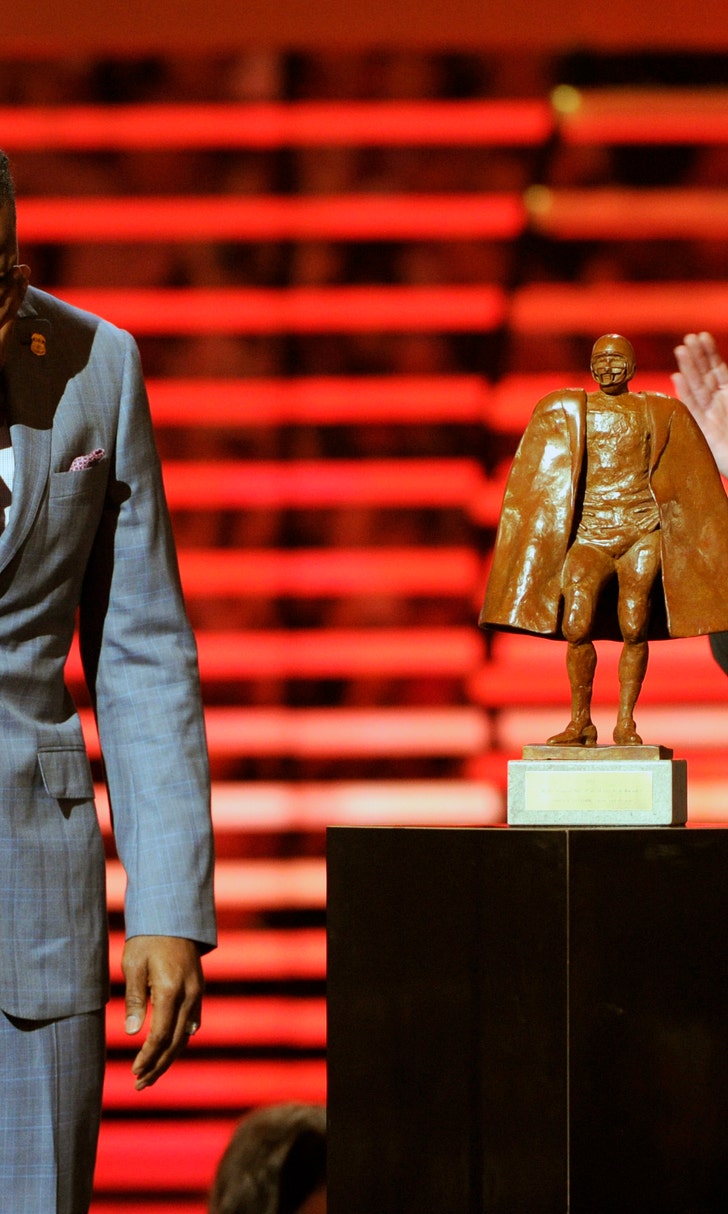 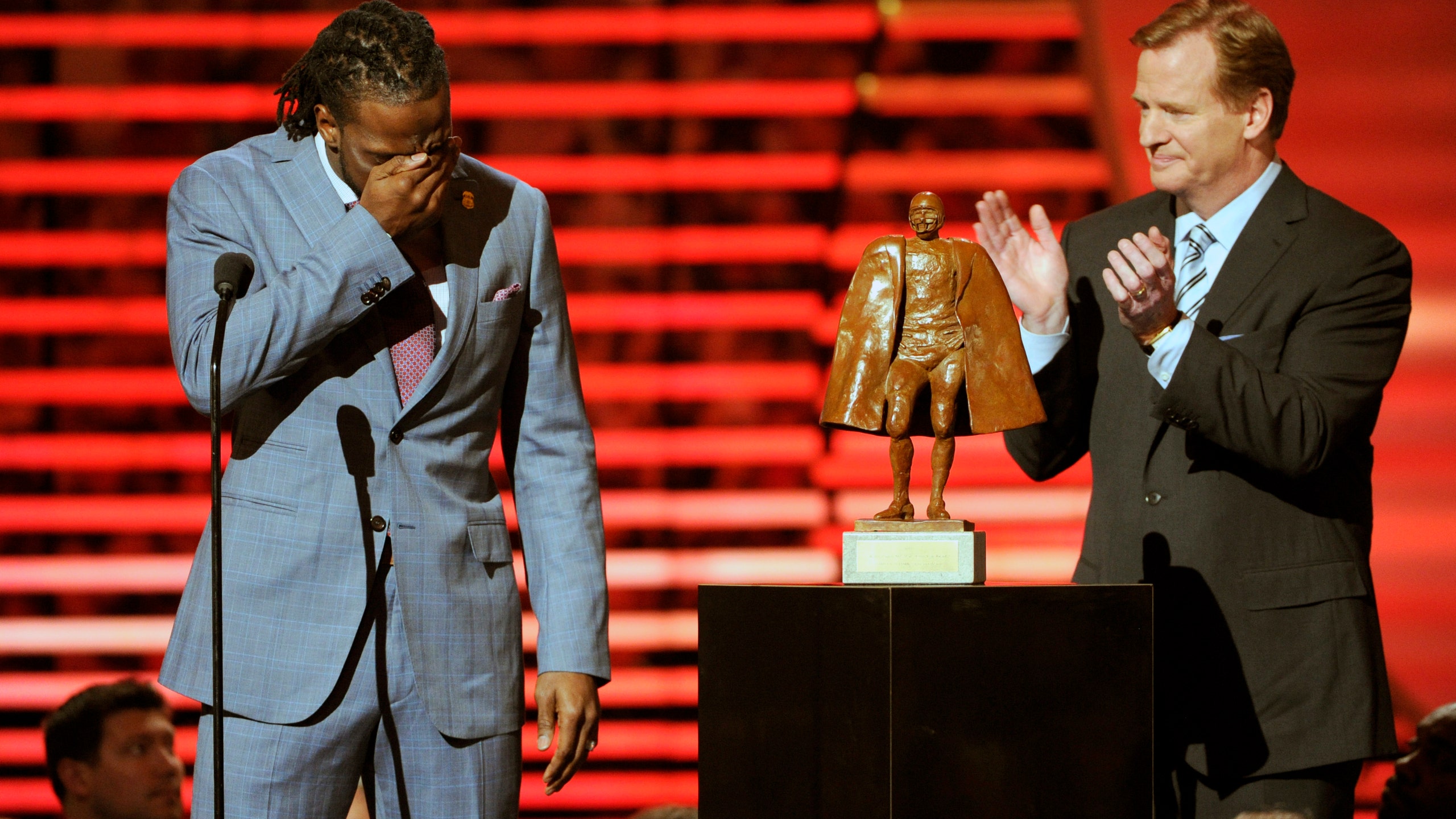 Column: NFL’s Walter Payton Award means so much to nominees

Winning any of the AP's individual NFL awards, from MVP to top rookie, means plenty to players.

Being nominated for, no less winning, the Walter Payton Man of the Year award means more.

Don't minimize how proud a guy is when he's voted one of the prestigious individual awards. It's a portion of his resume that jumps off the page the way Saquon Barkley hurdles over potential tacklers.

But being selected for the Payton award, renamed in 1999 for the great Chicago Bears running back and humanitarian, involves so much more than football achievements.

"It is probably one of my greatest accomplishments," says 2013 winner Charles Tillman, who played 12 seasons at cornerback for the Bears and his final year with the Panthers. "It really shows the true character of a person.

"When fans see us, they just assume a lot of times we are just athletes. They don't know what these men do on their days off during the season, in the community. A lot of players really put their community service in every week of the year. They get their charity work done and their volunteer work.

"The Walter Payton Award is about excellence off the field. I am proud to be associated with that award."

Who wouldn't be? In a time when many NFL players have been criticized or even condemned for their protests of social and racial injustice during the national anthem, many — if not most of them — also have been doing good deeds in their communities. They don't do it for recognition or applause. As Tillman notes, they do it because they can "shed light on a bigger thing. It's not just football. It's about being a good person, serving other people and loving other people."

Unlike in the past, when three finalists were selected before a recipient was chosen, one player from every NFL team is a finalist. All will be recognized and participate in NFL functions during Super Bowl week. The Man of the Year will be revealed at NFL Honors, when The Associated Press' individual NFL awards are announced Feb. 2 in Atlanta.

"It's a tremendous honor," Jets offensive tackle Kelvin Beachum says. This week, Beachum surprised Ca'moore Jones, an eighth-grade student at Orange Preparatory Academy in New Jersey, with two Super Bowl tickets. Moore was nominated by his teacher, Glenn Gamble, for his performance and growth with the Character Playbook course that is embraced by the NFL.

"Just the name Walter Payton, he's the gold standard," Beachum said. "What he did off the field and on the field, his excellence is bar none, top in history. So to be mentioned in the same name and the same breath as him, it's truly humbling."

Humbling is an appropriate word because the award finalists often feel that sensation during their community work.

"I've been blessed to play in this league for 13 years and to be a part of some really good seasons," says Rams offensive tackle Andrew Whitworth, who is heavily involved with the Make-A-Wish Foundation. "But making a difference in someone's life will go beyond football any day of the week. It's not just about the game, it's about the opportunity to bring people together. When I look back and think about my NFL career, the time spent out in the community giving back to people in need will always be the most touching to me."

Adds Colts DE Jabaal Sheard: "With our jobs as NFL players comes a huge platform to brighten and improve the lives of others, and that's what I strive to do every day."

Tillman knows firsthand how kind and giving people can be. His own family was helped in 2008 when his infant daughter Tiana needed a heart transplant. Magali Garcia, the mother of 9-week-old Armando, who died in a Minnesota hospital, offered her son's heart.

To Tillman, Magali Garcia is a hero, not him. She is what the Payton award is all about.

"When my daughter needed a new heart, another person stepped up and decided to take a bad situation and turn it into a success story," Tillman says. "She not only blessed my family but other families with her choice.

"For all we do in our foundation, it is a great blessing for what this woman did for her son. Magali, she is the one who actually is blessing those people, blesses them every day, and doesn't even know it. She served my family and a lot of families and she made an amazing choice. A tough decision. I think about her son a lot and I truly am sorry. She is a part of my family, and for us to have this story that has bonded us, and this connection, and to turn that negative into something positive by blessing other people ... I get great satisfaction in that."

So when the NFL Honors program is televised the night before the Super Bowl, pay special attention to the names below. Maybe stand up and give them an ovation for the truly special things they do: