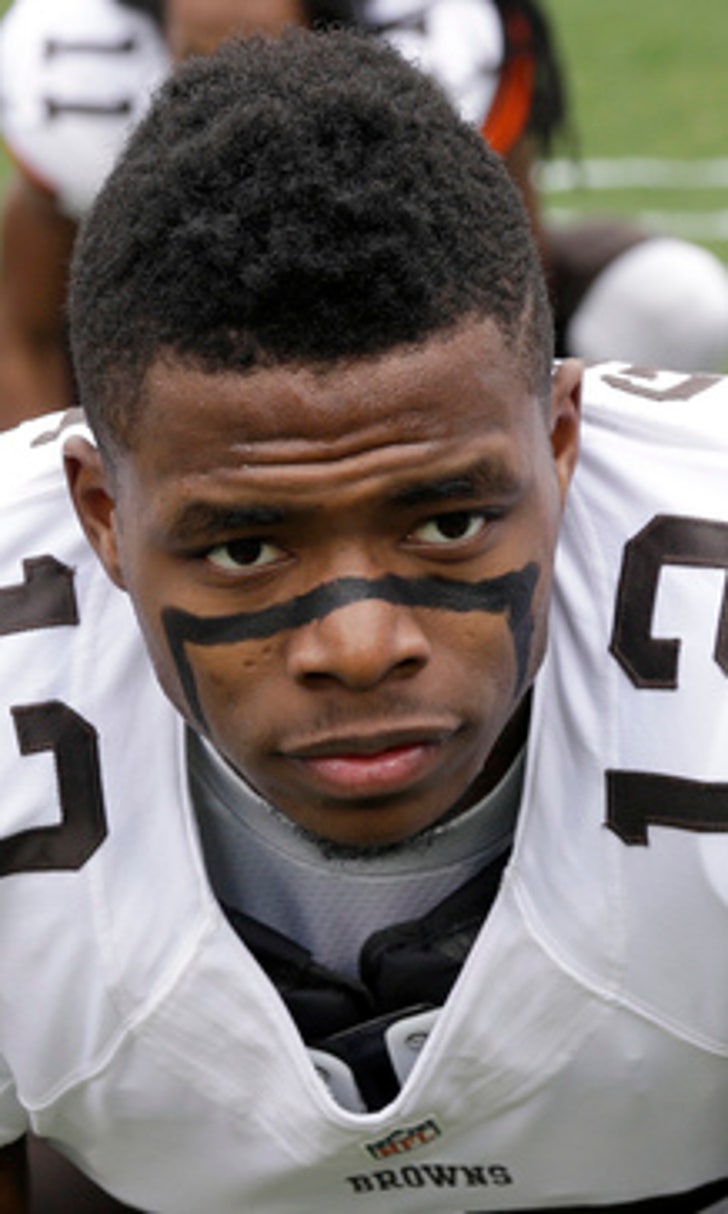 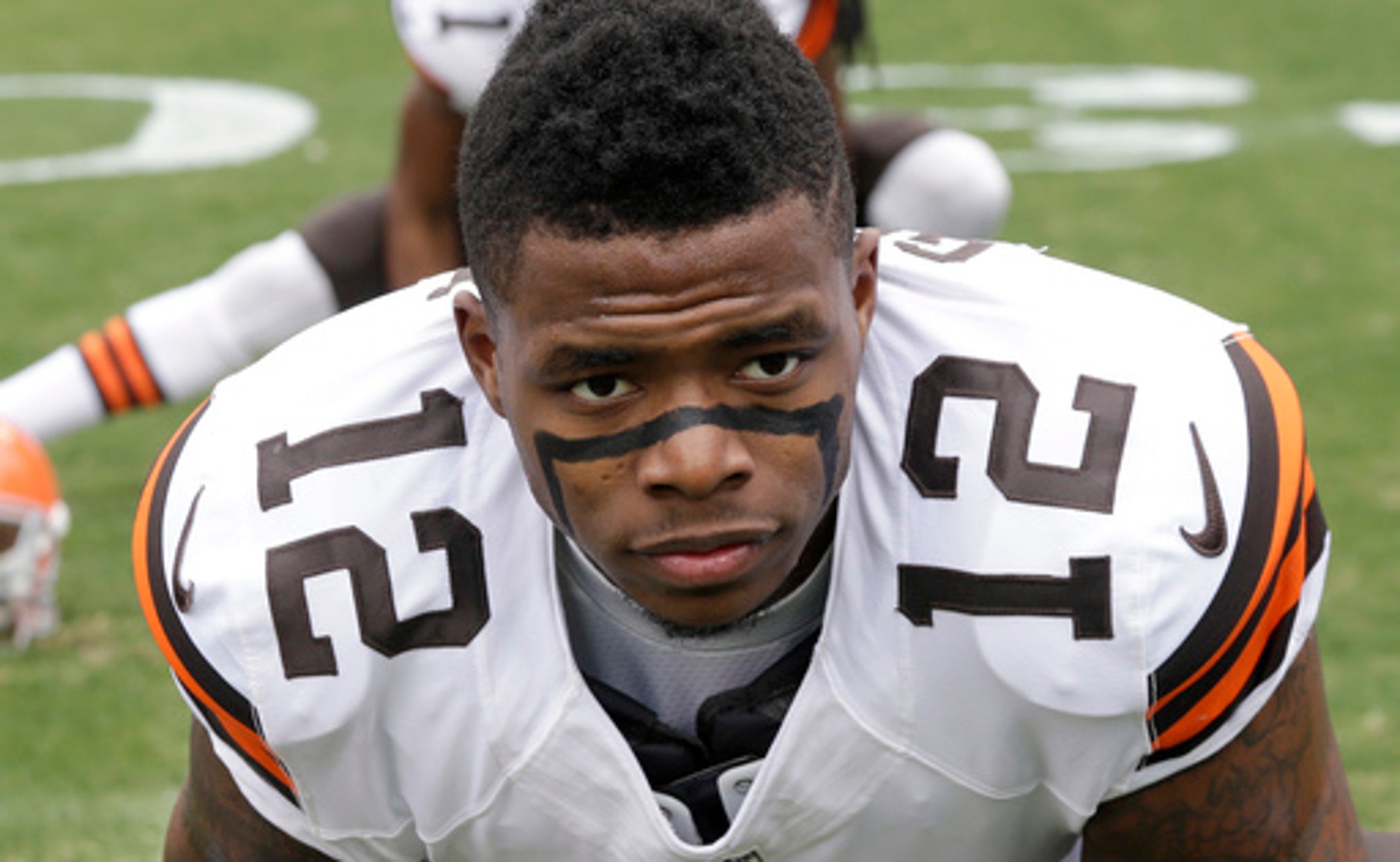 previous story
Nadal beats Chung to guarantee ending the year as No. 1 (Nov 1, 2017)
next story
Questions about Giants, McAdoo after Jenkins' suspension

He's getting yet another chance to resurrect his football career and life.

Cleveland's gifted wide receiver has been conditionally reinstated by NFL Commissioner Roger Goodell, who met with the Browns former Pro Bowler on Wednesday in New York and is allowing him to return after a nearly three-year absence.

Gordon, who hasn't played since the 2014 season, can immediately join the team for meetings, engage in conditioning work and individual workouts. He has to comply with requirements set forth by Goodell and can begin practicing with the team on Nov. 20.

The 26-year-old will be eligible - at the team's discretion - to return to active status on Nov. 27 or remain on the commissioner's exempt list for an additional week before returning to active status.

''As emphasized at today's meeting, everyone - including Josh's teammates and coaches, the Browns' ownership and organization, the program professionals and all of us at the league office - want him to have every opportunity to resume his career and to be successful in the NFL,'' Goodell said. ''Whether that happens, however, at the end of the day will depend on Josh.

''His commitment to sobriety and to reaching his goals in football and beyond will determine his success. It ultimately is up to Josh.''

If he abides by Goodell's stipulations, Gordon could play in Cleveland's final five games this season, beginning with a Dec. 3 matchup against the Los Angeles Chargers.

Gordon has been in and out of rehab over the past year, and there are many fans who feel he has been given more breaks than he deserved. He had been suspended indefinitely since 2016.

Following his most recent suspension, the Browns initially distanced themselves from Gordon but have been supportive in recent months.

''We've been informed of the league's decision to reinstate Josh,'' said Sashi Brown, the team's executive vice president of football operations. ''The personal well-being of all our players is of the utmost importance to us.

''We respect and commend Josh for taking the steps necessary to have the opportunity to return to the league. Josh will be in our building in the coming days and we look forward to having him back and sitting with him to discuss his future on our team.''

The Browns have a bye this week and players are off until Monday, when they'll begin practicing for their Nov. 12 game at Detroit.

Gordon has missed Cleveland's past 41 games and hasn't played in the regular season since Dec. 21, 2014, following numerous violations of the league's substance abuse policy.

The Browns, who have started 0-8 this season and are 1-15 in two seasons under coach Hue Jackson, have control of his contract for two more seasons.

The team has a pressing need for a playmaker at wide receiver and Gordon can fill that void - if he can stay clean. Gordon's size and speed set him apart from most receivers in the league and his return could provide a much-needed boost to a struggling team and fan base desperate to win.

Gordon can't be expected to return in top form and it will likely take him several weeks to get into game shape. He has been training with former Olympic sprinter Tim Montgomery in Florida.

Gordon's petition for reinstatement was rejected by the league in May and he was told he could reapply in the fall.

Last month, during leave from a rehab facility in Florida, Gordon revealed the depths of his addiction in a mini-documentary on Uninterrupted.com. He disclosed his long history of alcohol and drug abuse and acknowledged taking Xanax, cocaine, marijuana and other narcotics.

Gordon emerged as one of the league's bright young stars in 2013 when he led the league with 1,646 yards receiving and scored nine touchdowns. His future appeared unlimited but he was suspended for the first 10 games in 2014 and was not effective when he returned, recording 24 catches for 303 yards in five games.

He then had one of many relapses, and was suspended for the entire 2015 season. Gordon spent the 2016 preseason with the Browns, played in two exhibition games and appeared to be on the right track. He had been granted a conditional reinstatement and was going to miss four games but suddenly left the team before the season and entered rehab again.

On the Uninterrupted piece, Gordon detailed fearing for his life while walking the streets in Gainesville, Florida, in search of drugs. While he struggled to find his way, Gordon credited Goodell with mentoring him ''in a way in which he may not even understand.''

He must now reward Goodell's faith.