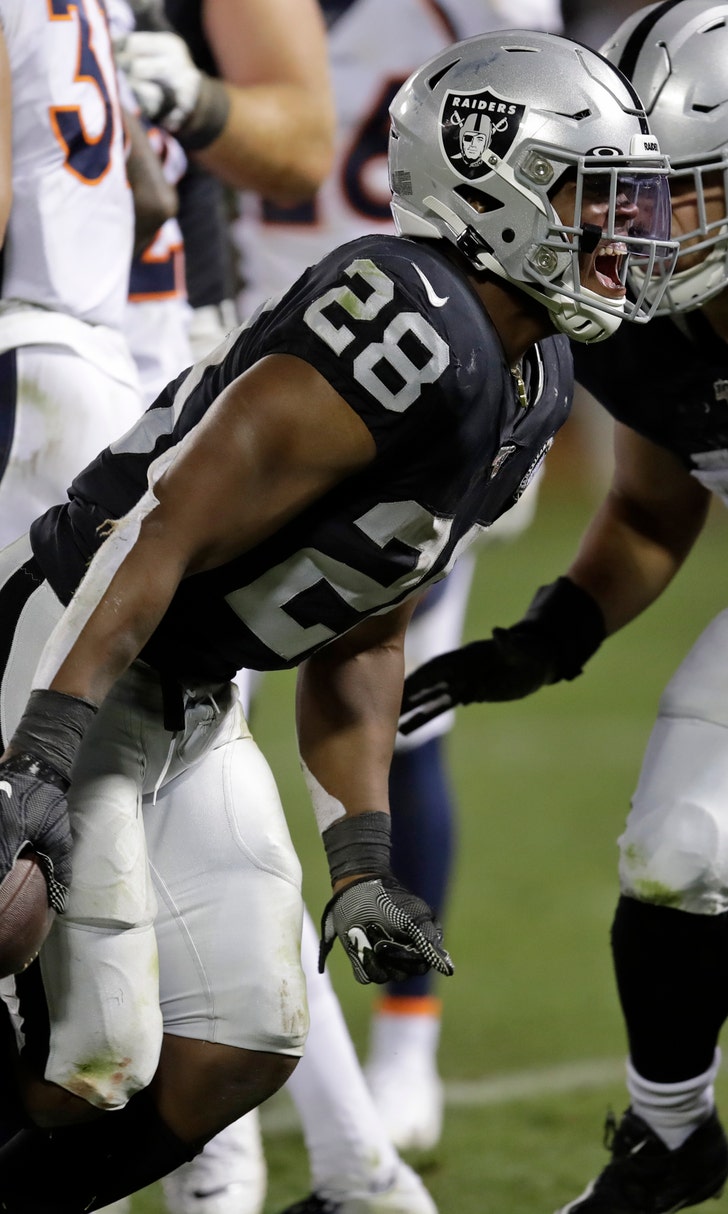 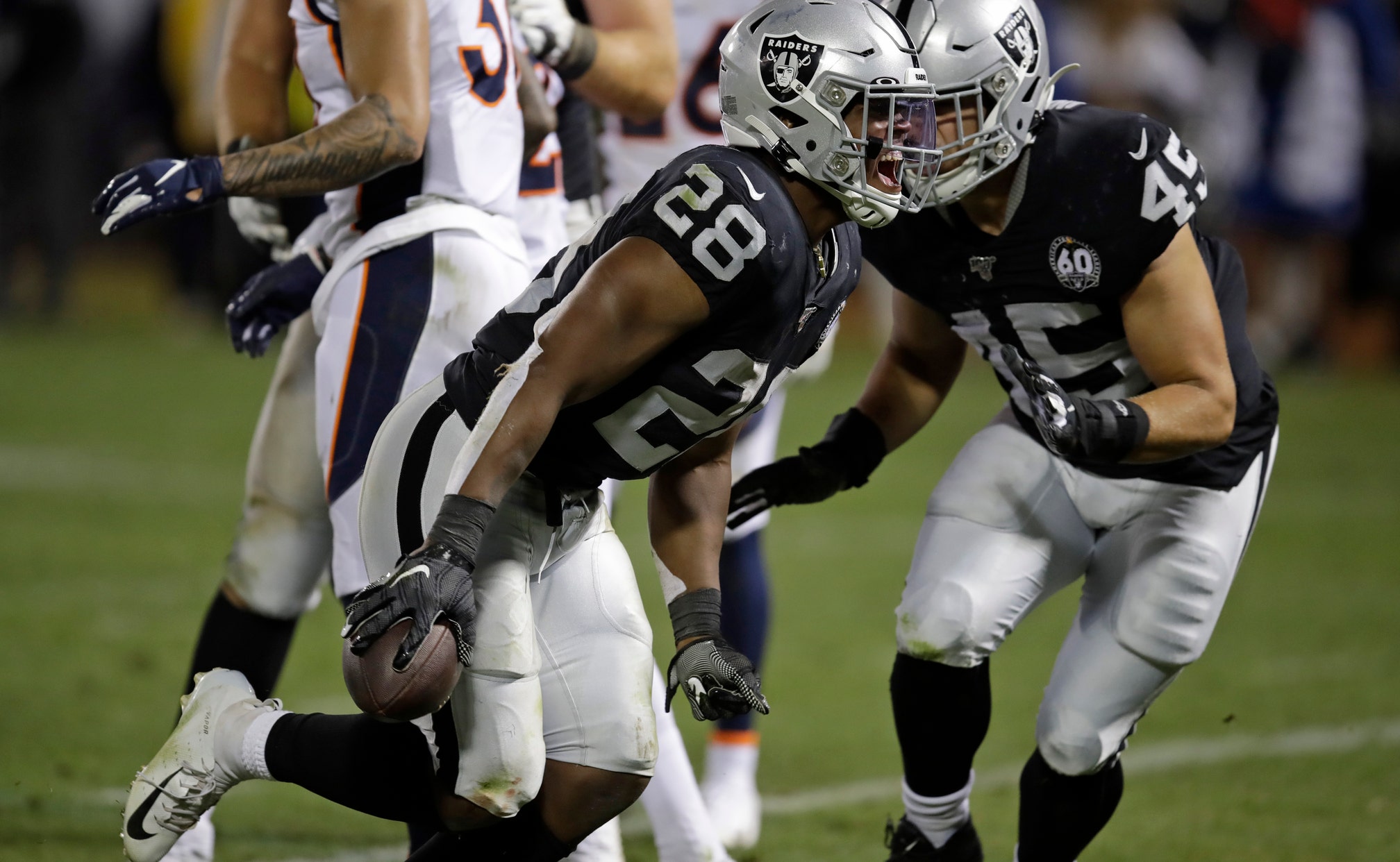 The Raiders (1-0) took out all the frustration over the drama surrounding Brown with a convincing win over the AFC West rival Broncos (0-1). The offensive line cleared holes for Jacobs and protected Carr, and the defense harassed Joe Flacco into three sacks and kept Denver out of the end zone until 2:15 remained in the game.

The Raiders took the opening kickoff and marched 75 yards in 10 plays. Carr completed all five passes to four receivers, capped by an 8-yard TD to Tyrell Williams.

Oakland added another score in the second quarter when Jacobs capped a 95-yard drive with a 2-yard run to make it 14-0. Jacobs scored again in the fourth quarter, becoming the first Raider to run for two TDs in his debut.

Carr completed 22 of 26 passes for 259 yards and wasn't sacked once after going down 51 times last year. Jacobs had 23 carries for 85 yards and a 28-yard reception. Wiliams had six catches for 105 yards, including a game-sealing 10-yard catch on third down after the two-minute warning.

Flacco was 21 for 31 for 268 yards with a 1-yard TD pass to Emmanuel Sanders in Sanders' first game back from a ruptured Achilles' tendon.

NEW ORLEANS (AP) — Wil Lutz made a 58-yard field goal as time expired to lift New Orleans over Houston in game that had three scoring plays in the final minute.

Deshaun Watson threw a 37-yard touchdown pass to former Saints receiver Kenny Stills with 37 seconds left, capping a two-play, 75-yard drive that put the Texans in front after they began their final possession down by six with 50 seconds left.

But there was just enough time remaining for Saints quarterback Drew Brees, who capped a 370-yard, two-touchdown performance by completing a 15-yard pass to Tedd Ginn Jr, an 11-yarder to Michael Thomas and another pass to Ginn for 9 yards in quick succession. That allowed New Orleans to save its final timeout until just 2 seconds remained and set up Lutz's game-winning boot.

The 40-year-old Brees completed 32 of 43 passes. He threw one interception deep in Houston territory in the first half that could have proved costly, but did enough to make up for it.

Watson completed 20 of 30 passes for 268 yards and three touchdowns — two of them to DeAndre Hopkins — and also ran for a 21-yard score on a fourth-down play.