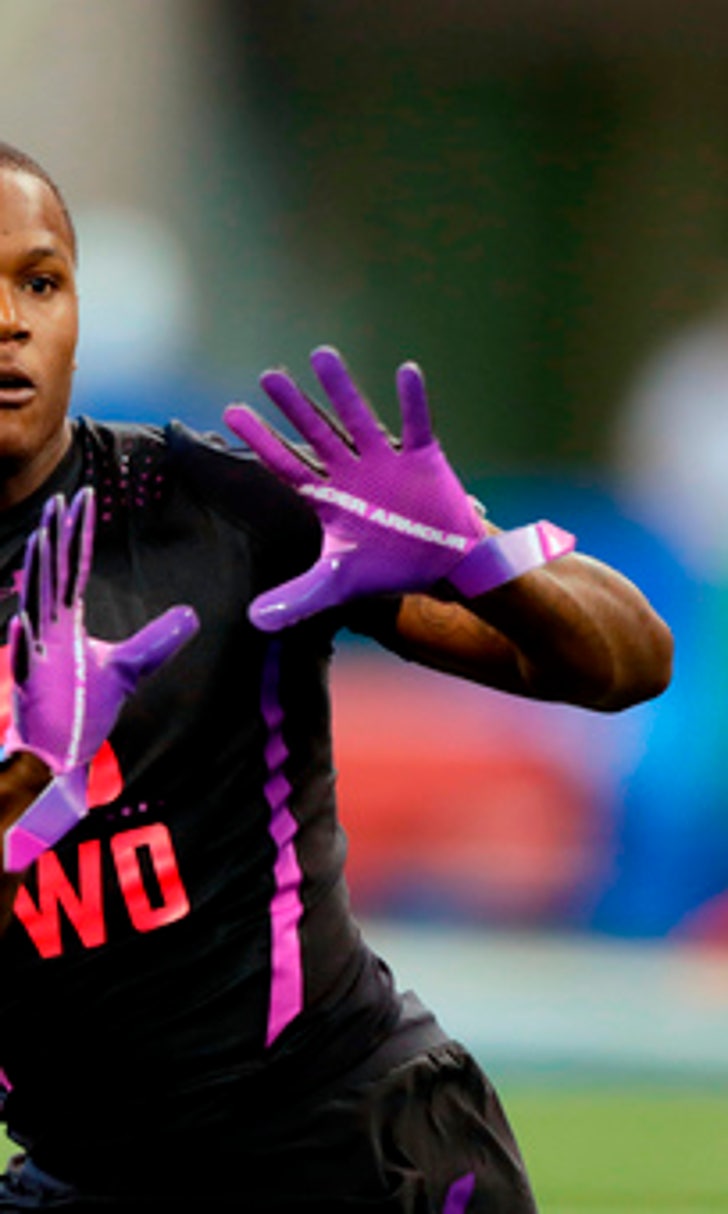 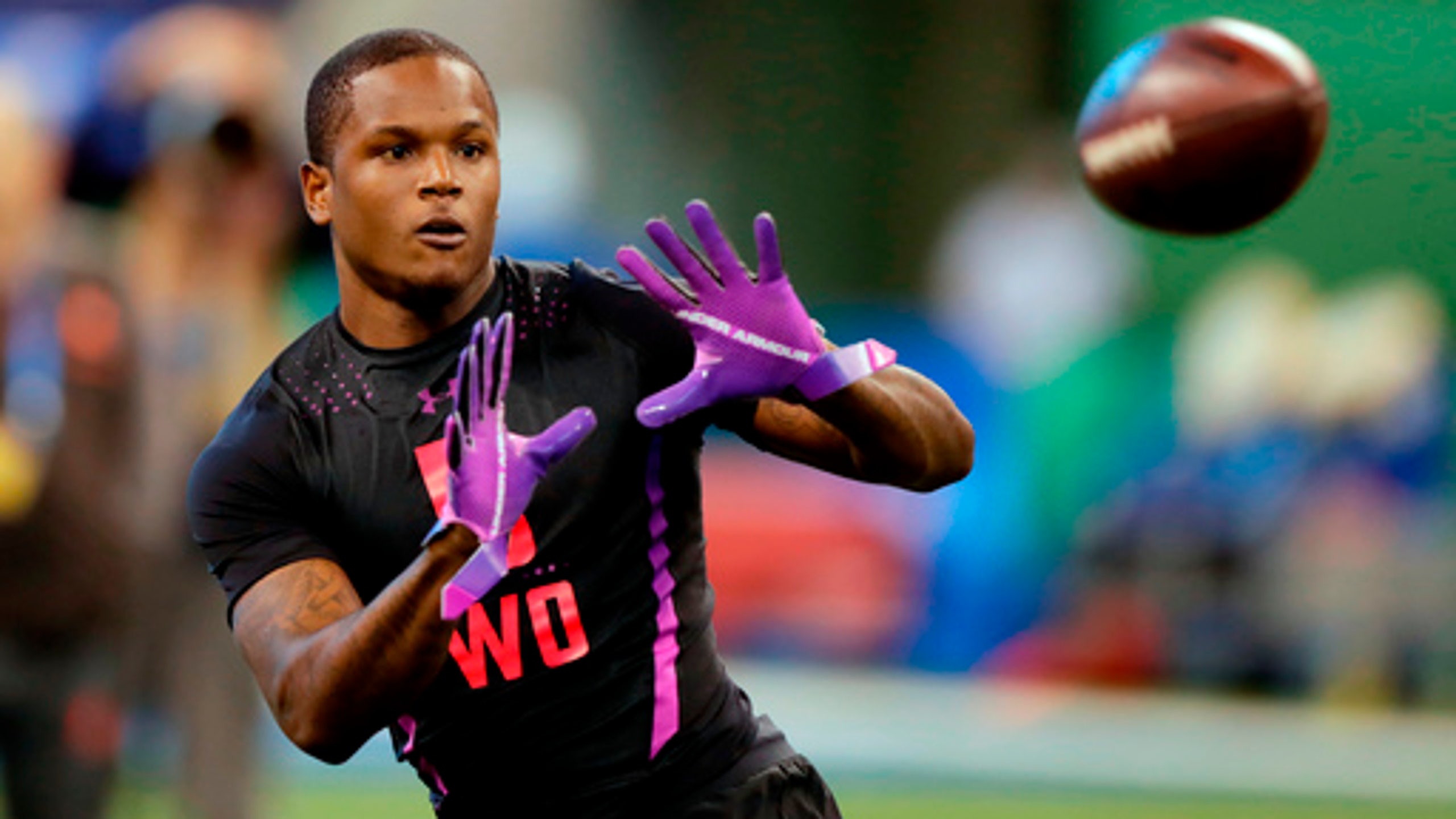 CLEVELAND (AP) From the start, the Browns took chances in the NFL draft.

Cleveland's selection of polarizing Oklahoma quarterback Baker Mayfield with the No. 1 overall pick was a major surprise, and the Browns followed with another shocker, taking Ohio State cornerback Denzel Ward at No. 4 - several slots higher than most mock drafts predicted.

The team addressed the need to replace retired left tackle Joe Thomas and added a running back and defensive end on the second day as new Browns general manager John Dorsey was praised for bold moves and sound strategy.

But Saturday's choices of troubled Florida wide receiver Antonio Callaway in the fourth round and Louisiana-Lafayette cornerback Simeon Thomas were curious.

Callaway failed a drug test at the NFL combine and his alarming list of legal issues with the Gators plunged him from potentially being picked in the first round to No. 114.

Thomas missed time in 2013, 2014 and 2015 for academic reasons and NCAA violations. He was one of 13 players charged with misdemeanor criminal mischief after they were accused of entering a dorm room and taking $2,400 worth of items.

Shortly after making the Callaway pick, Dorsey left the team's draft room to defend the choice. Dorsey told reporters the team was satisfied it had done its homework on Callaway's background, just as it had on Mayfield, whose Heisman Trophy-winning year began with an offseason arrest.

''Character is important,'' Dorsey said. ''I think it's a case-by-case basis and you sit and meet individuals, and then you begin to understand what they are as people. If you sit there and understand his situations and his life story, you can see a guy that actually loves the game of football.''

Callaway's passion notwithstanding, his selection seems at odds with the Browns' message of adding quality people to change their culture.

But Dorsey, hired in December, has a track record for picking players at risk. While Kansas City's GM, he drafted wide receiver Tyreek Hill, cornerback Marcus Peters and tight end Travis Kelce despite all bringing off-field baggage into the league. Each has made multiple Pro Bowls.

Dorsey feels Callaway would have been one of the top two receivers drafted if not for his off-field problems, which include a season-long suspension in 2017 during an investigation into felony credit card fraud, marijuana possession and a sexual assault complaint.

''Obviously, there are some guys that are in this group that have some spots on them,'' he said. ''But trust me, we've done our due diligence in making sure that we vetted it all out and we feel very good about these guys in our organization. There's no question that we have the resources in place to help them through it and we'll kind of go from there.''

Here are some other takeaways from a draft the Browns hope begins their turnaround:

THIRD IN LINE: Mayfield will go from No. 1 pick to No. 3 quarterback. For now.

Jackson anointed Tyrod Taylor his starter as the Browns want to bring Mayfield along slowly. But Jackson knows things can change once training camp opens and Mayfield could move up the depth chart.

''Right now, Tyrod is the starter,'' Jackson said. ''If Baker can understand the National Football League and all the rigors and the grinding that you have to go through, I am not going to ever stop a player from being the best he can be. But we have a plan and I want to work that plan as much as we can.

''Now, can a player supersede that? You never know. I have not had that happen. Right now, this team is going to be led by Tyrod Taylor.''

SELLING POINT: Mayfield might have been the top choice from the outset for some inside the Browns' organization. Not Jackson. He was skeptical about the Heisman winner until his pro day.

''The ball jumps off his arm,'' Jackson said. ''He has a quick arm. He is very accurate with the ball. From there, obviously, spending some more time with him when he came here. Baker Mayfield from a football IQ standpoint is as good as I have been around. He has tremendous arm talent, more so than anybody knows.''

''A guy that is very physical, very tough,'' Jackson said. ''He can create runs on his own. This is a guy that if we are going to run the football the way that we plan on running it, you have got to have good backs. With him and Carlos and Duke, we feel like we have some guys that we can do that with.''

STILL NEEDED: Victories. Cleveland is 1-31 under Jackson, who needs to get off to a strong start in 2018. The Browns have made progress talent-wise in the offseason. Now it has to translate to the field.