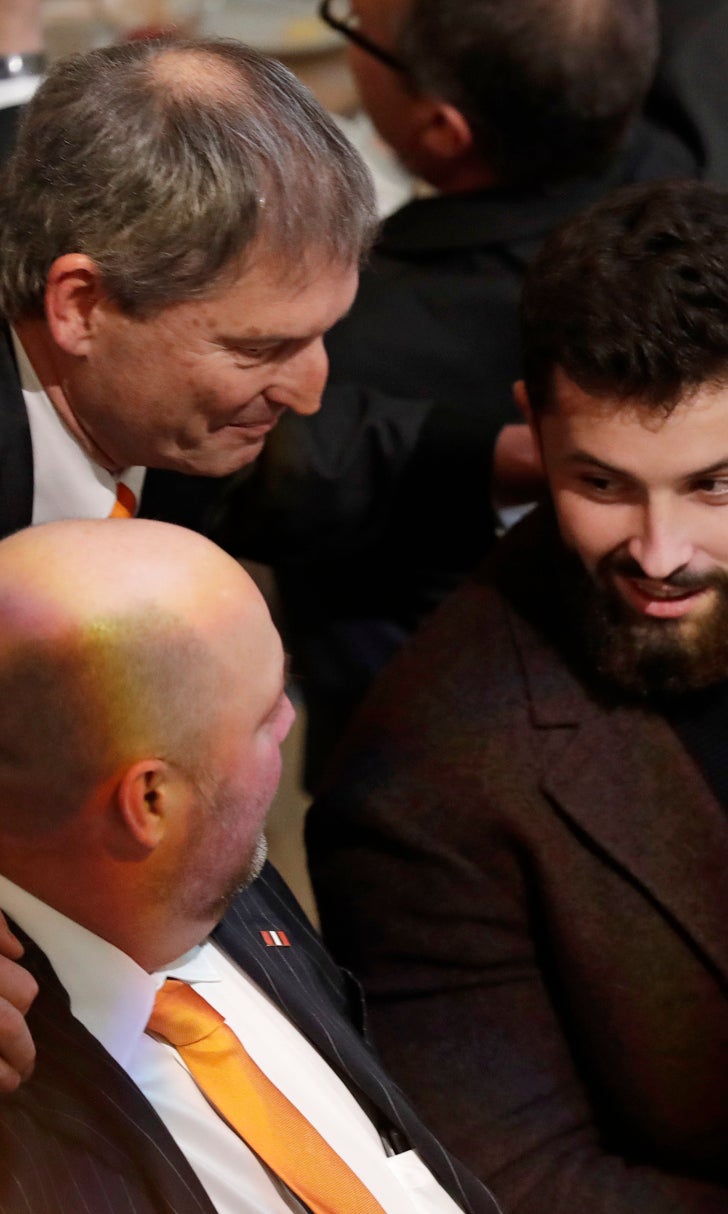 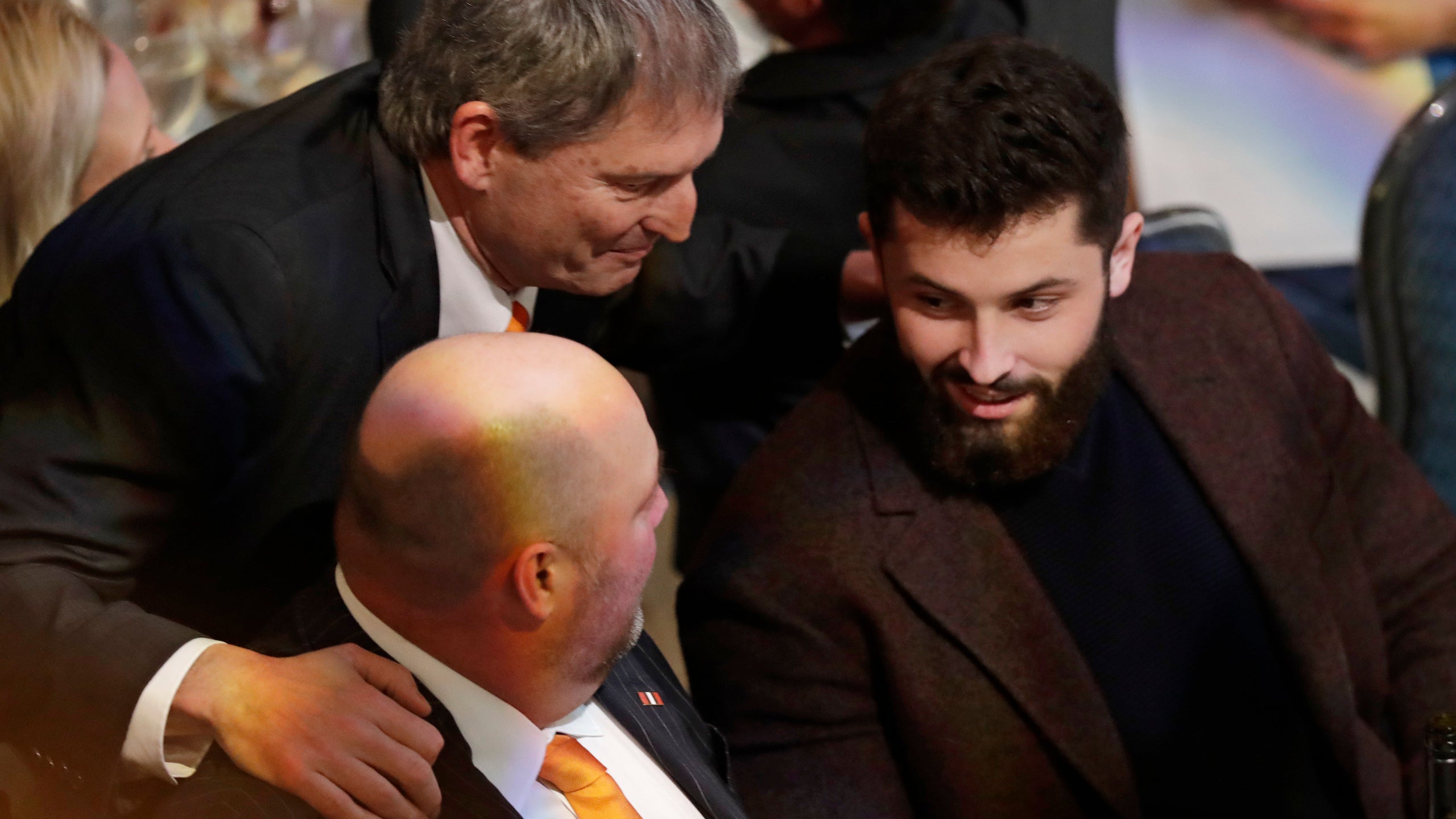 At least he got one postseason trophy.

Mayfield, who finished second to New York Giants running back Saquon Barkley in voting for NFL Offensive Rookie of the Year, was named Cleveland's top professional athlete at the Greater Cleveland Sports Awards on Wednesday night.

Following a season in which he broke the league's rookie touchdown record and made the Browns relevant again, Mayfield was selected over Indians All-Stars Corey Kluber and Jose Ramirez and Browns cornerback Denzel Ward.

LeBron James was not a finalist despite leading the Cavaliers to their fourth NBA Finals last June — a month before the superstar left for the second time as a free agent.

If James crushed the feelings of Cleveland fans, Mayfield helped soothe them by leading the beloved Browns to a 7-8-1 record following an 0-16 season.

The No. 1 overall pick in last year's draft, Mayfield began the season as a backup to Tyrod Taylor before coming off the bench in Week 3 and leading the Browns to a win over the New York Jets to snap Cleveland's 19-game winless streak.

He was introduced by Kosar, who didn't even bother opening the winner's envelope.

Last week, Mayfield finished as a runner-up to Barkley, who received more votes from a panel of 50 media members for the AP's rookie award.

"I'll use it as motivation, but the more important thing is winning football games," Mayfield said. "Yeah, it's more frustrating than anything because Saquon, that's my guy, and he'll hold it over my head forever. But you know what? I'll use that as motivation, and I'll be better in the long run."

Mayfield owes Barkley a chain necklace for winning the award, and said he'll use the jewelry to make fun of Barkley's massive quadriceps.

"It'll say 'Quads' on it, not 'Sa-quads' but just 'Quads,'" Mayfield said. "The two extra letters in there cost a little bit extra money, so we'll stick with just 'Quads.'"

Mayfield was featured along with numerous football Hall of Famers in the NFL's 100th-anniversary commercial, which aired during the Super Bowl.

In the spot, Brady handed Mayfield his Super Bowl rings, which Clevelanders hope is a symbolic passing of the torch.

"To be able to actually hold those rings — and they are heavy, those were the real rings, it's something fun. Getting to talk to him a little bit and just get to know him and just be around like that, his presence is something that you feel as soon as he walks into a room. That's the kind of stuff you admire and I want to have when I finish playing."

"I'm honored to be a part of Cleveland," said Alomar, who was traded to the Indians from San Diego in 1989. "Cleveland has been the best thing that ever happened to me. Cleveland is about humble people. And I love to make a difference here. That trade changed my life forever."