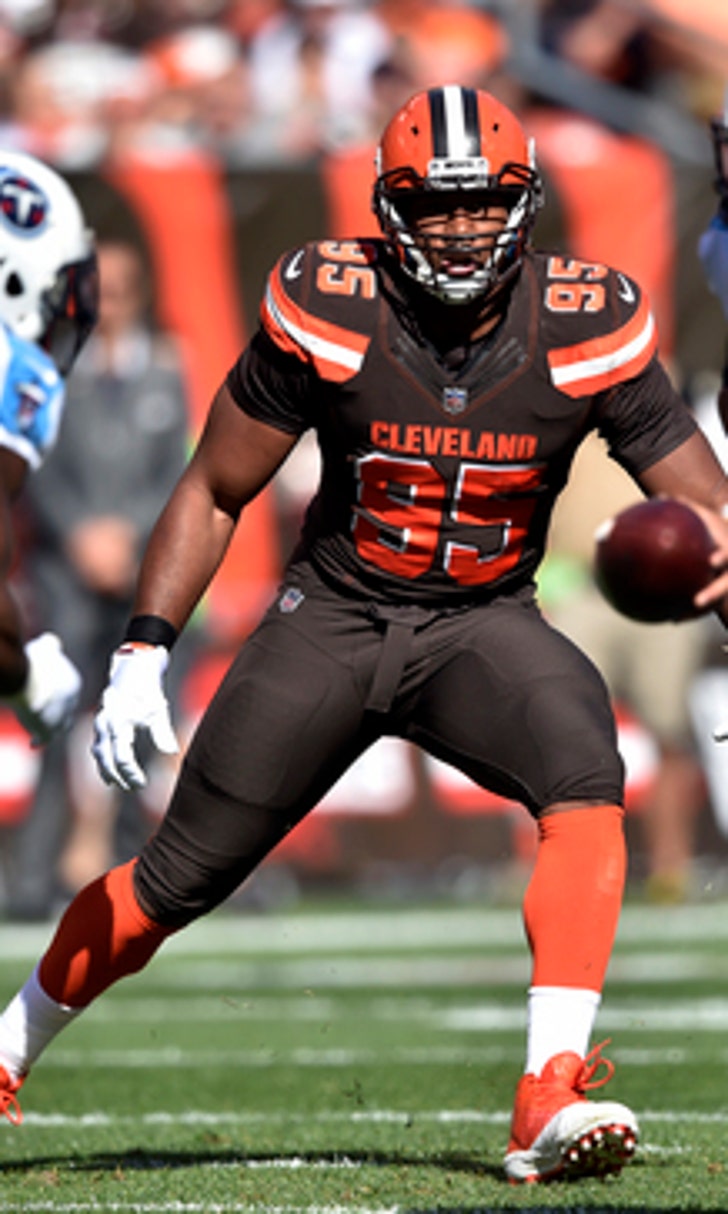 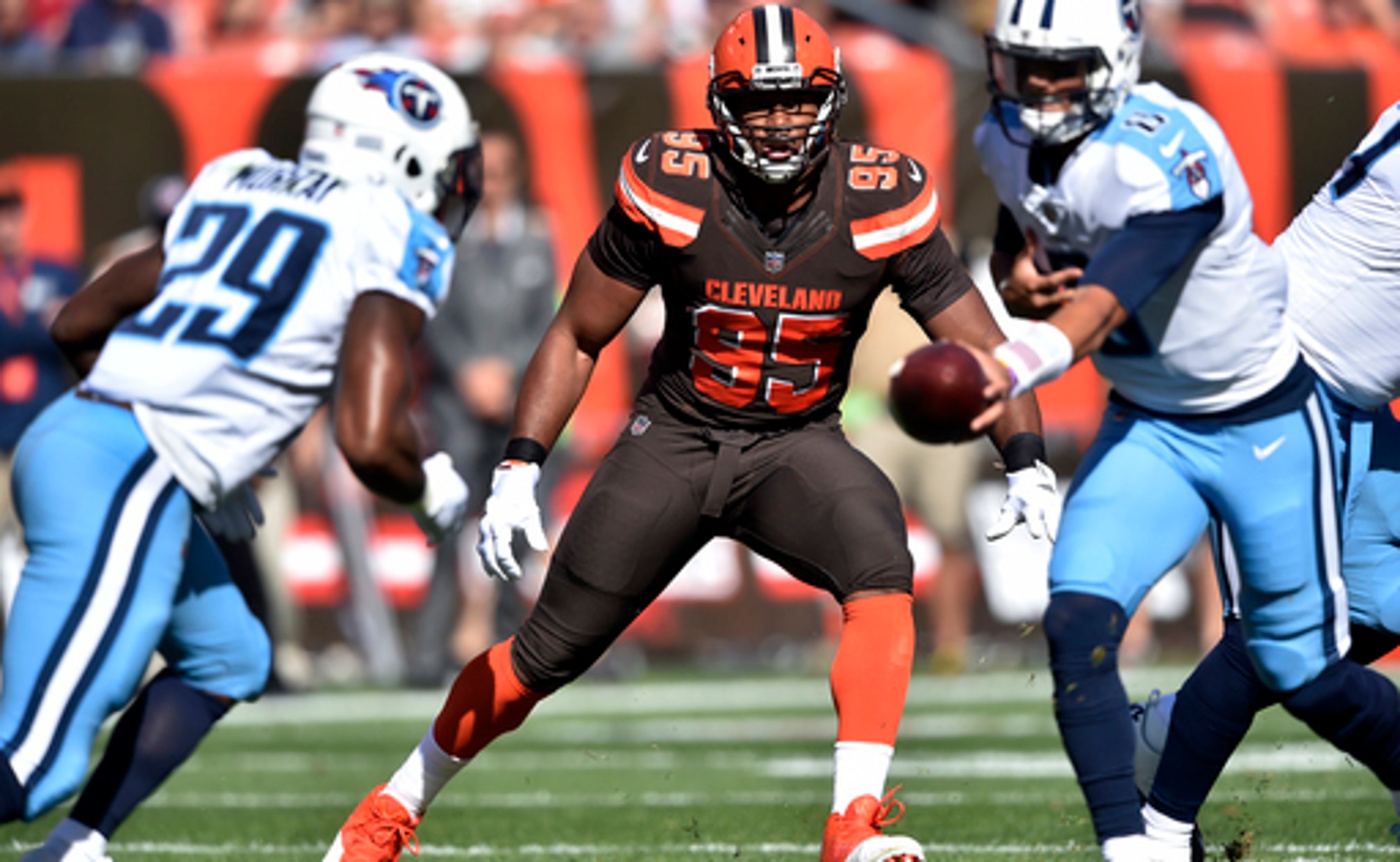 Browns' Garrett may miss game in London with concussion

BEREA, Ohio (AP) Myles Garrett might be limited to sightseeing at Big Ben or Buckingham Palace this weekend.

Cleveland's dazzling rookie defensive end could miss Sunday's game in London against the Minnesota Vikings after being placed in concussion protocol.

The top overall pick in this year's draft arrived at the team's facility with concussion-like symptoms on Tuesday - two days after a loss to Tennessee.

Because of the timing, Garrett might not be cleared in time to help the winless Browns (0-7), who will leave Thursday for their game abroad.

The 21-year-old Garrett is not under any travel restrictions, and it's possible he'll fly with the team if he can clear concussion protocol following practice.

''Some guys are going to get through these things faster than others,'' Jackson said. ''We hope it is the other piece of it for us and for our football team and for Myles. We will just see where we are. We have to handle it correctly. He is in the protocol and hopefully he can get out of this thing soon.''

The injury is another setback for Garrett, who missed Cleveland's first four games after spraining his right ankle days before the season opener.

The 21-year-old has been steadily increasing his playing time, going from 19 plays in his debut to 33 against Houston on Oct. 15 to 57 in Sunday's loss to Tennessee.

Garrett has been dominant when he's healthy. He recorded a sack on his first play as a professional and leads the team with four sacks.

He's given Cleveland's defense a huge lift and a pass-rushing presence it lacks when he's not on the field.

''Myles is a great player,'' said linebacker Christian Kirskey, who indicated Garrett will be out Sunday. ''We all can see that. He's just coming off the edge, bringing the extra spark to the defense, being that guy that can go out there and make an impact play.

''That's definitely something that we'll miss. He's just being Myles. We've been seeing him since training camp, the type of player he is. So he's done everything good for us and we just have to have the next man in.''

Garrett's injury is another major blow to the winless Browns, who lost Pro Bowl tackle Joe Thomas for the remainder of the season with a torn triceps.

Thomas had been on the field for more than 10,000 consecutive plays before getting hurt Sunday. He had surgery on Tuesday.

However, he was back in time for training camp and has lived up to expectations that have now been tarnished by medical issues.

''A guy who's come in here and done everything right since he's been here,'' rookie quarterback DeShone Kizer said.

''He has had some bad luck and all I can do is as a teammate and friend is just continue to encourage him and get back out there. Because he knows that when he's at his best and when he's 100 percent healthy, he's one of the better players in this league and he's only a rookie.''

Jackson said the team will abide by any medical decisions on Garrett, who could be left home from the international trip.

''There are different degrees of these things,'' he said. ''If the medical people say it is best for him not to go if it is in that stage, then we will do whatever we think is best for the player.''