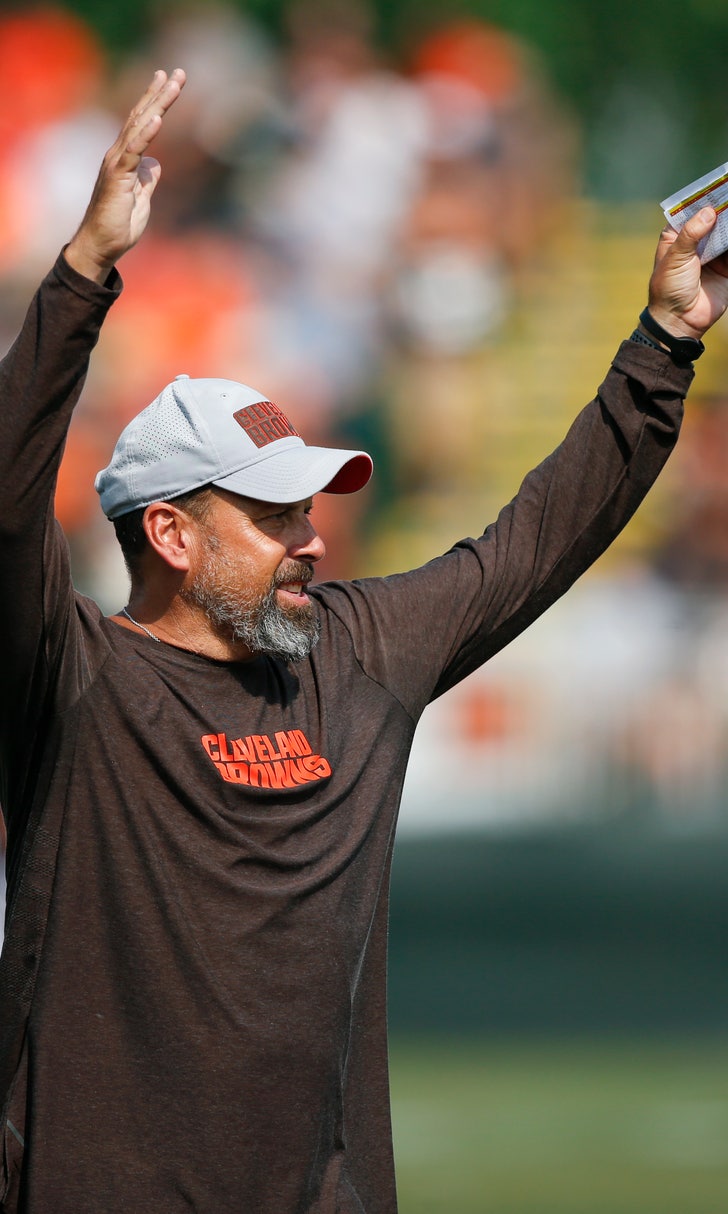 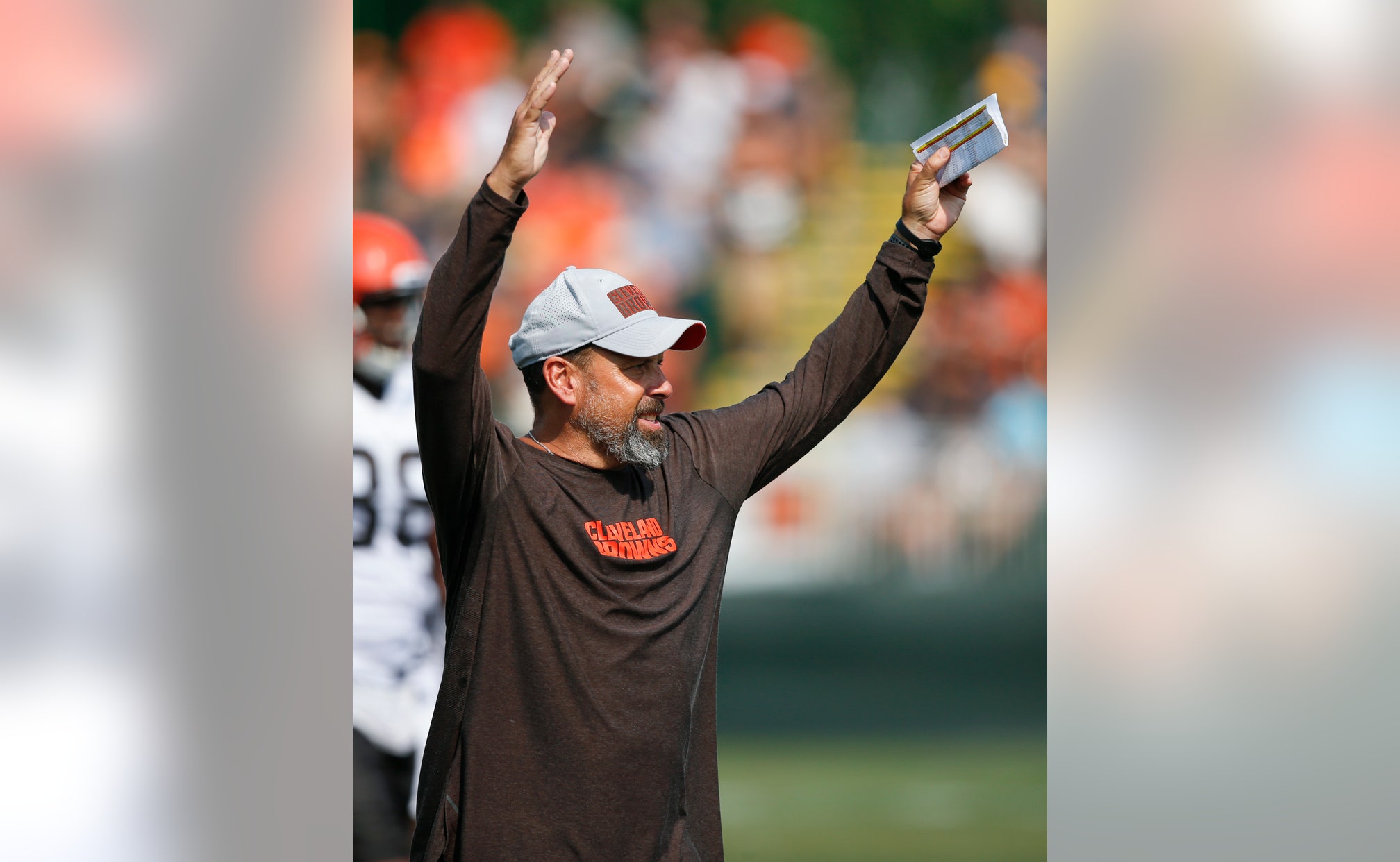 He became an overnight TV star.

Haley was impossible to miss in the second episode of HBO's "Hard Knocks." He was everywhere, whether berating Corey Coleman for drops and lack of effort before the receiver asked to be traded; making fun of Carl Nassib's parents for naming their baby "Carl"; hanging upside-down in coach Hue Jackson's office on an inversion table or telling Pro Bowl receiver Jarvis Landry to mentor rookie Antonio Callaway.

"They showed everything, huh?" Haley said.

Beyond his on-screen appearances, Haley has made quite an impression during his first months with Cleveland after being fired by Pittsburgh following six seasons guiding the Steelers' offense.

A former head coach in Kansas City, Haley has brought 22 years of NFL wisdom and a no-nonsense demeanor to the Browns, who are trying to dig out from a 0-16 season. He's molding quarterbacks Tyrod Taylor and Baker Mayfield, developing a young receiving corps that could soon add Dez Bryant and trying to instill mental toughness and discipline into a team that has lost 31 of its last 32 games.

The Browns are more talented, but Haley knows that won't mean anything if they aren't composed and controlled. And he knows what he's looking for.

Haley has assumed play-calling duties from Jackson, who served as offensive coordinator the past two seasons.

Their partnership seems to be working, but that doesn't mean there aren't issues. The "Hard Knocks" cameras were rolling during a coaches' meeting when both running backs coach Freddie Kitchens and Haley questioned Jackson about his policy to have some susceptible players sit out practices in an attempt to prevent soft-tissue injuries.

Jackson was basing his decision on analytical data. Haley was going on gut.

In Haley's mind, the Browns can't change their culture if players are getting preferential treatment.

But although Haley disagrees with Jackson, he backs him.

"The great thing about here is coach Jackson gives us as assistant coaches the opportunity to speak our opinion," Haley said. "Ultimately, it's his decision of what he wants to do, and I'll 100 percent support it. But that's not always the case where assistants get to voice an opinion, their thoughts. And some of them, he's going to take it. Some of them, he's not. But whatever decision is made, I'm 100 percent behind."

Haley, too, is in favor of the Browns considering Bryant.

The former Dallas star is scheduled to visit with Cleveland on Thursday, and if the Browns like what they see and hear from the free agent, they could sign him.

While Bryant isn't the game-breaking, down-field threat he once was, Haley would still be open to adding him to Cleveland's offense as long as he's willing to buy into the team.

"If Dez Bryant, who obviously has been a good player in this league, is in that mix, he's going to be coached like everybody else," Haley said. "I tell everybody that shows up here we don't care about what means got you here, if you're willing to put your hand in the pile and work and be part of moving forward and having success, I'm all for it."