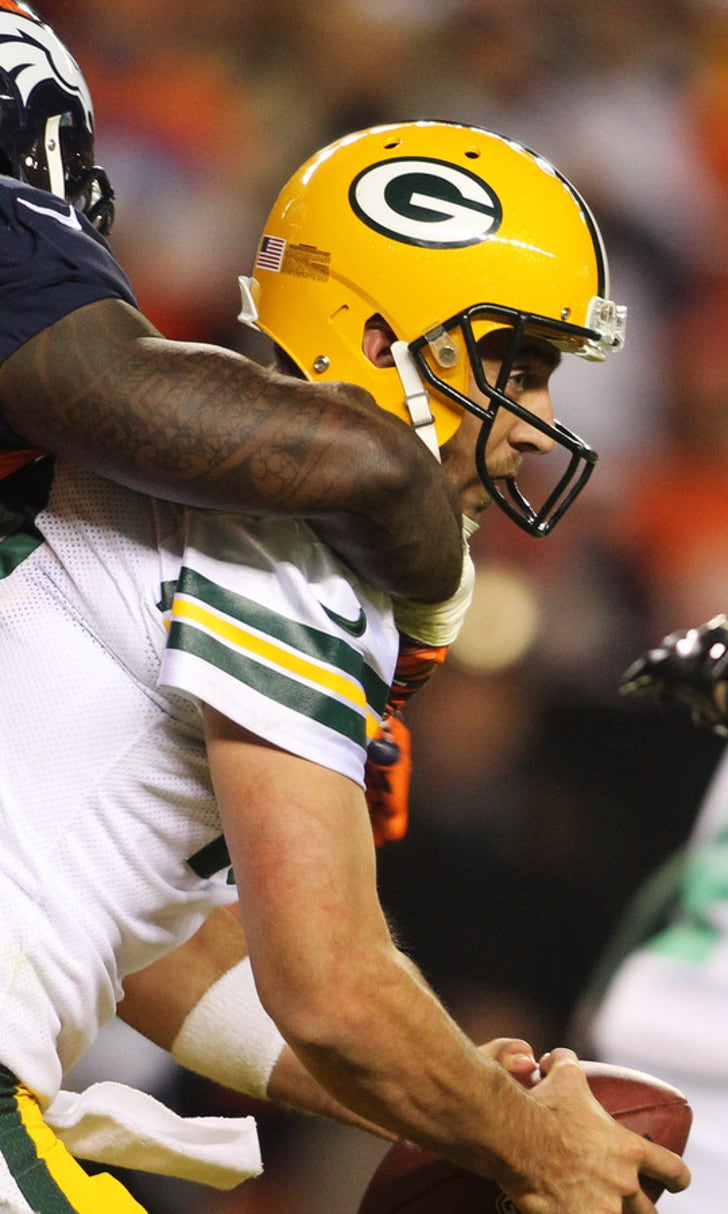 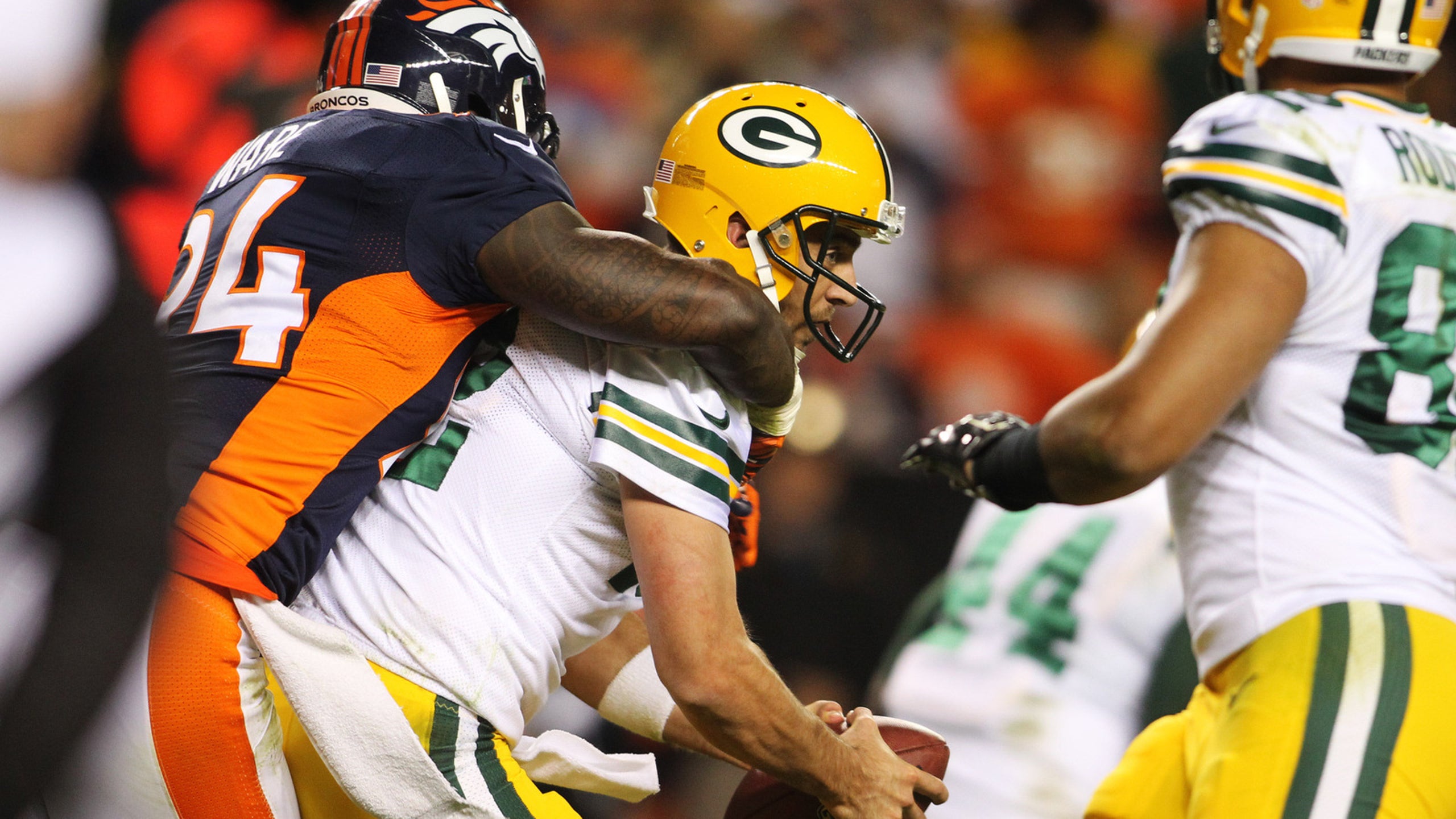 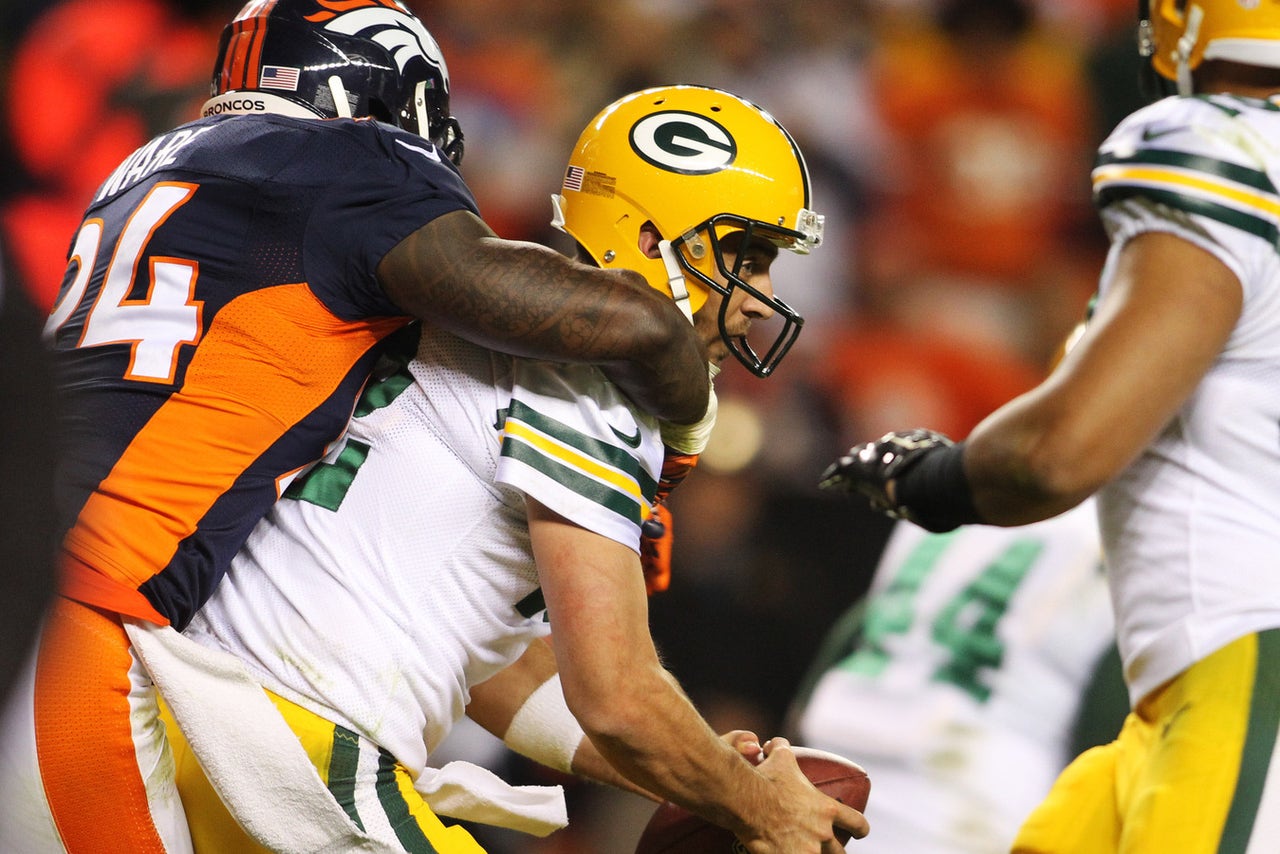 The Denver Broncos had two weeks to prepare a plan for reigning NFL MVP Aaron Rodgers and 60 minutes on Sunday night to execute it.

The plan developed by defensive coordinator Wade Phillips was great. The execution from his players was perfect.

The Broncos held Rodgers to 77 passing yards on 14 completions and the Packers offense to only 140 total yards, as Denver rolled Green Bay by a 29-10 final on Sunday night at Sports Authority Field.

“The game plan was bring the heat, load the box, keep him in the pocket and force him to throw quick,” cornerback Chris Harris said, via Peter King of MMQB. “Wade put it on us: If we let him go outside, that’s where he’s going to get us.”

The final result was the worst game of Rodgers’ transcendent career.

His 77 yards were the lowest in any game he’s started and finished. Rodgers averaged 3.5 yards per attempt and 5.5 yards per completion, with a 17-yard connection with Randall Cobb serving as Green Bay’s longest play of the night. Thanks to three sacks, the Packers finished with just 50 net passing yards.

“I think when you hold Aaron Rodgers to 50 yards, you know you’re capable of being great as a defense,” Harris said.

The Broncos now rank first in the NFL in scoring defense, giving up just 16.0 points per game after eight weeks.

The Packers were capable of only two scoring drives over nine possessions on Sunday night. Green Bay went 80 penalty-aided yards for a touchdown to get the game to 17-7 before the half, needing a roughing the passer call to extend the drive on third down. Rodgers then led a field goal drive to start the second half. The Packers gained just 10 total yards over their final four possessions and gave up a safety as the Broncos ran away with the win.

Early on, the Broncos forced three-straight punts and allowed just 39 yards of total offense. On the other side, Peyton Manning led Denver to two touchdowns and a field goal on the Broncos’ first four possessions—providing a comfortable 17-0 advantage midway through the second quarter.

While Manning played a terrific game—he completed 21 of 29 passes for 340 yards—and the Broncos offense rushed for 160 yards and three scores, it was the Denver defense that made the biggest impression.

Rodgers looked out of sync and uncomfortable for all 60 minutes. He was inaccurate, mostly immobilized inside the pocket and completely unable to push the ball down the field. The Broncos pass-rush sped up his internal clock, and the Green Bay receivers were unable to find any kind of separation against the Denver secondary.

Wade Phillips gave his players the tools necessary to combat one of the game’s best quarterbacks. From there, the Broncos did the rest between the white lines. When a great plan is flawlessly executed by a group of talented players, any quarterback—even Rodgers—can be made mortal.