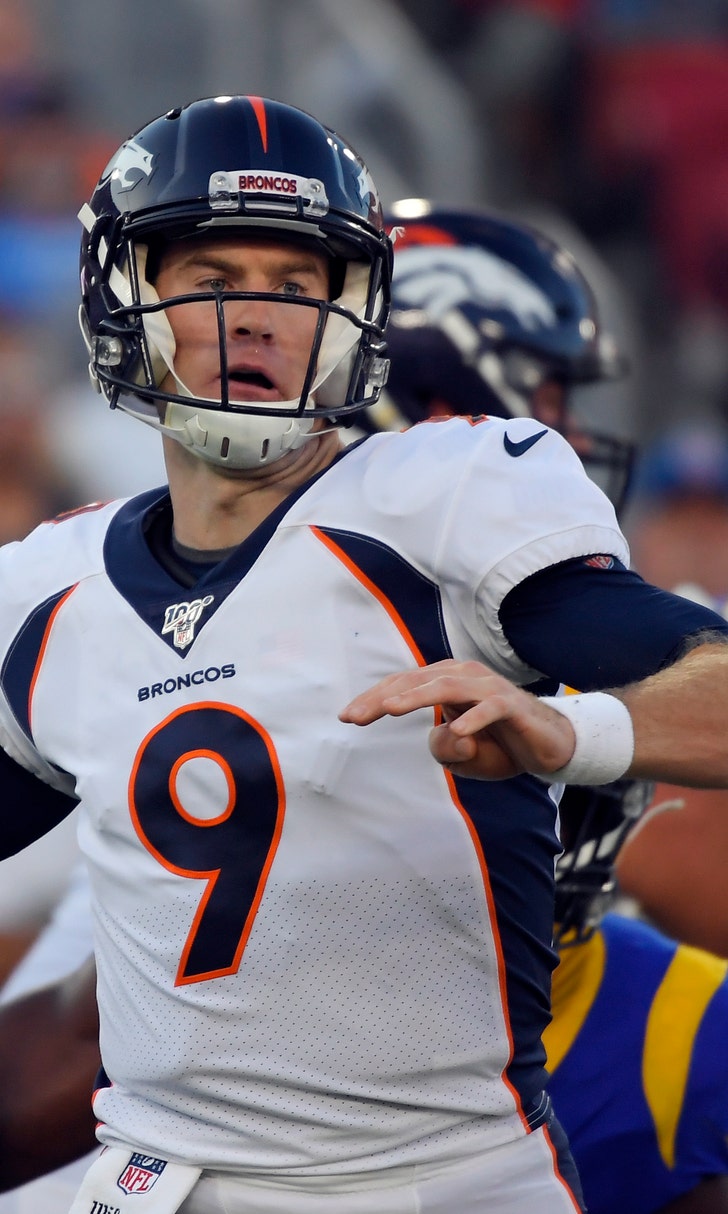 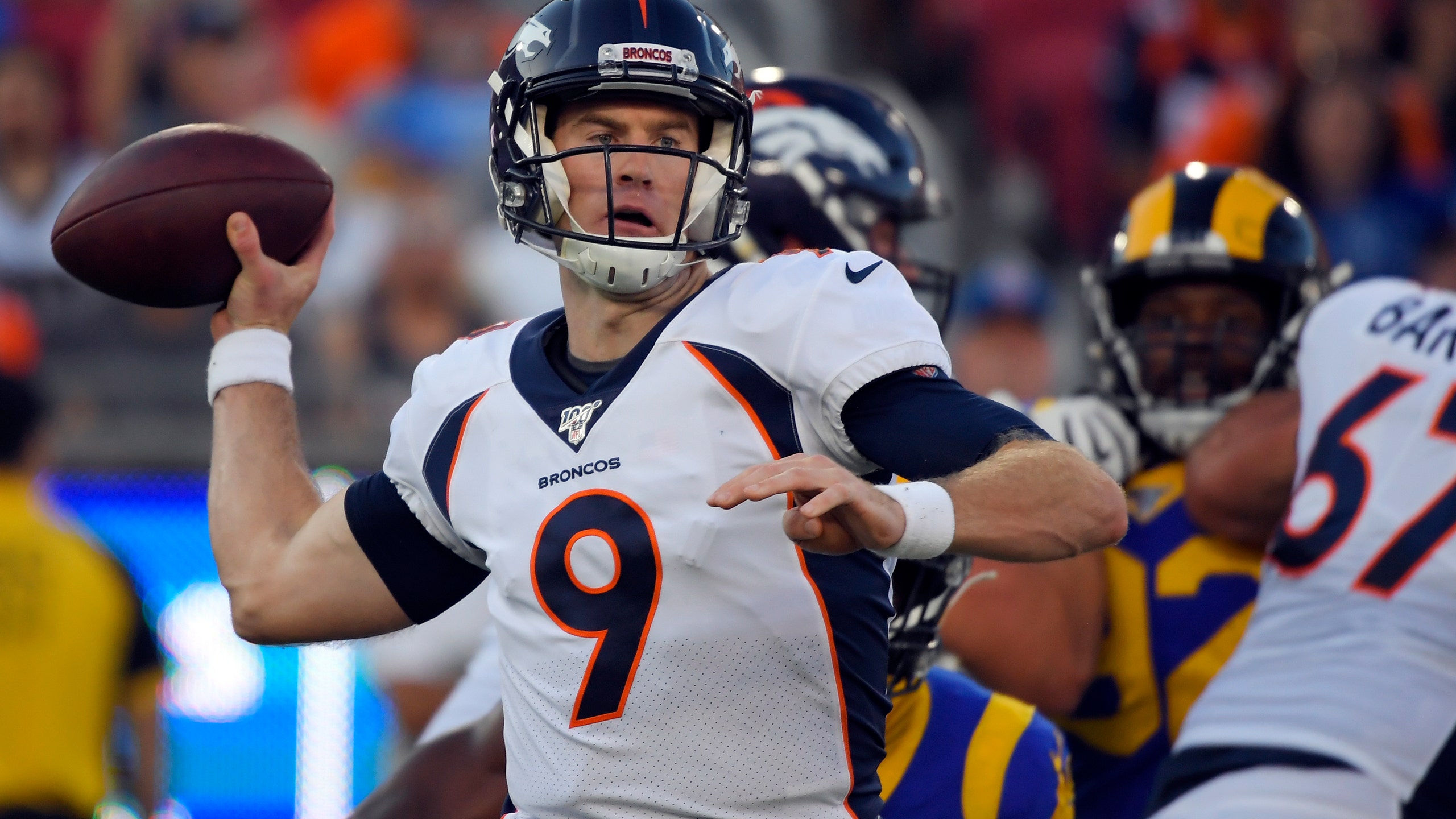 ENGLEWOOD, Colo. (AP) — The Denver Broncos created more than $4 million in salary cap space by cutting a trio of veterans Monday, savings that could go toward a seasoned backup quarterback or middle linebacker should they seek to plug holes on their roster.

"Well, one thing was to give them an extra week ahead of the major cutdown to maybe, possibly hook on with another team," coach Vic Fangio said when asked about Kerr and Watson, who were released in the morning. "And we felt good about the other guys at that position."

In particular, Fangio pointed out the play of DeShawn Williams and Mike Purcell on the D-line.

Williams, a third-year pro, was a cut casualty a year ago in Denver, then spent the season competing on the practice squads in Denver, Miami and Indianapolis before re-signing with the Broncos in May.

"That's why I play every day the way I play because I know every day is not promised," Williams said. "Look at Zach, and that kind of hurt walking in and seeing one of the fellow guys who has proven that he can play and he's not here. (It) just got real. ... So, I just want to make sure I play hard for Vic because he brought me in. He didn't know me from a can of paint. And I just want to do everything I can for him."

The Broncos don't plan to bring in roster replacements for the players they cut because, Fangio said, "time's not favorable for that," with the preseason finale Thursday night and cuts coming Saturday.

Injuries have impacted Denver's plans for the 53-man roster. Inside linebacker Todd Davis , their leading tackler last season, tore a calf muscle on the first day of training camp and has yet to return to the field.

"No, he won't practice this week," Fangio said. "He's progressing, but not at the rate we had hoped."

Davis was originally expected to miss 3 to 4 weeks when he got hurt on July 18. His replacements have been OK, but nobody has really stood out, and Josey Jewell, the other starter, also was sidelined for a while.

Lock was on his way to securing the backup job behind starter Joe Flacco when he sprained the thumb on his right (throwing) hand last week, and quarterbacks Kevin Hogan and rookie Brett Rypien had middling performances in a 10-6 preseason loss to the Rams last weekend.

Asked if he had seen enough from Hogan or Rypien to name one of them the backup QB to start the season until Lock's return, Fangio said he still needed to see some separation Thursday night when the Broncos face the Arizona Cardinals.

"That remains to be seen," Fangio said. "I've seen some good play. I've seen some not-so-good, so I don't know the answer to that just yet."

Bringing in a veteran QB "is always an option," Fangio said, "but as you see out there, there's not a lot of them available."

Notes: Fangio was Stanford's defensive coordinator in 2010 and got to know Andrew Luck well and he was "like everybody else, surprised" over his decision to retire after a series of injuries sapped his passion to play. "I can tell you this: he didn't do it in a harsh, quick way. I'm sure he gave it a lot of thought." ... TE Jake Butt (knee) was held out of practice Monday after his first action since tearing his left ACL last season. ... Fangio said RG Ron Leary (knee) is still trending toward being available for the season opener. ... Fangio said that he's not considering coaching from the press box, where he's spent most of his career: "No, I'm not going to do that. But it is a better view up there."