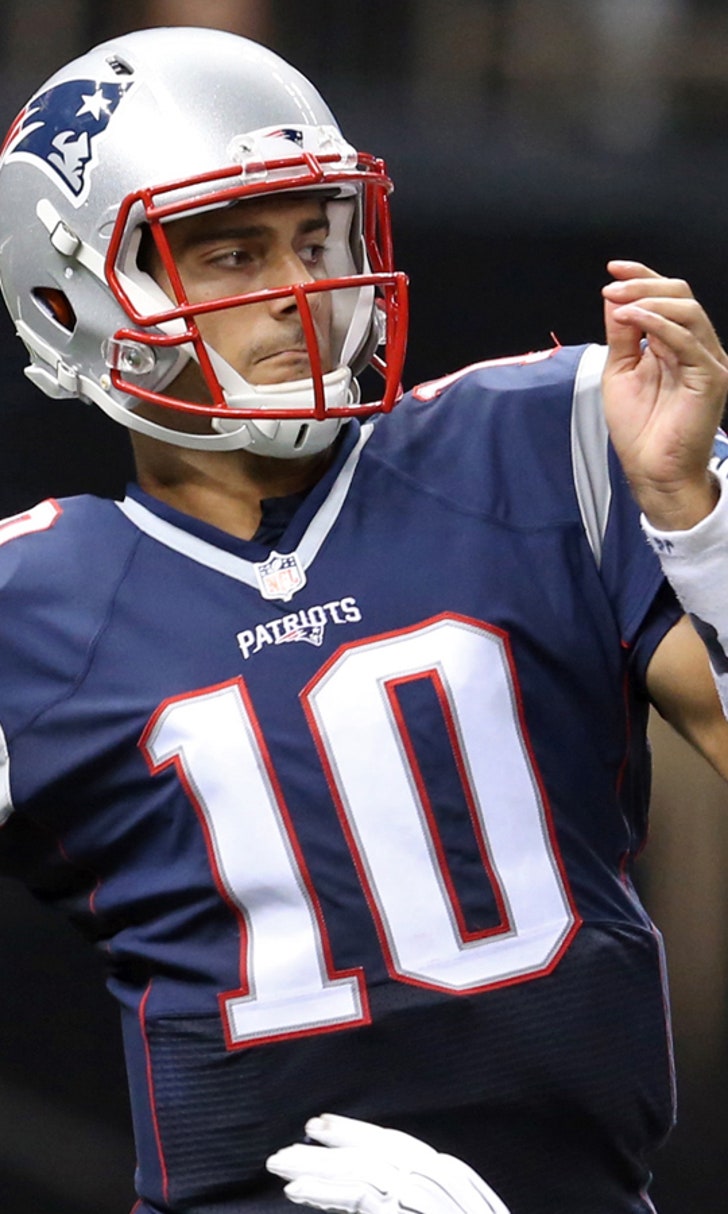 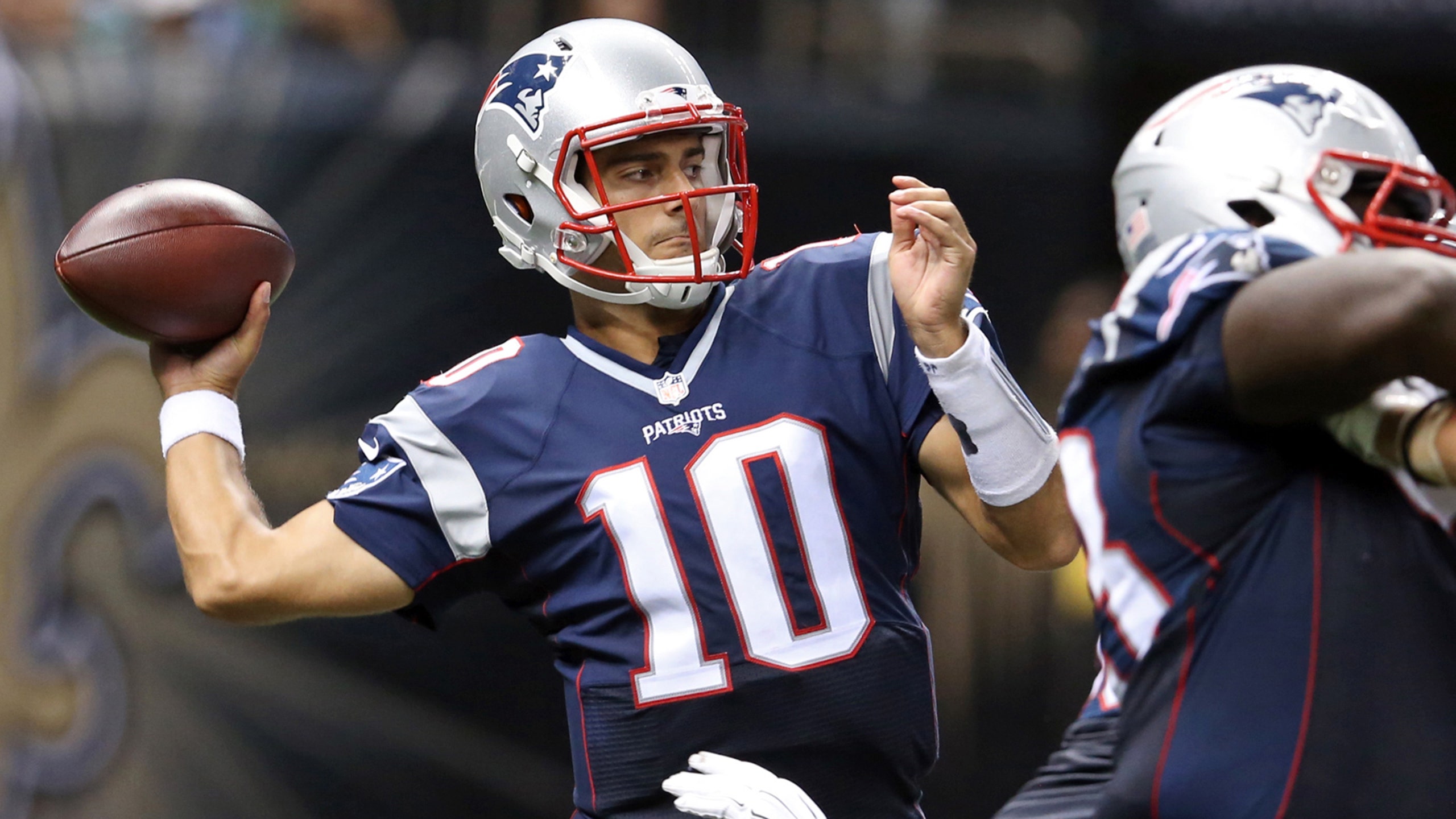 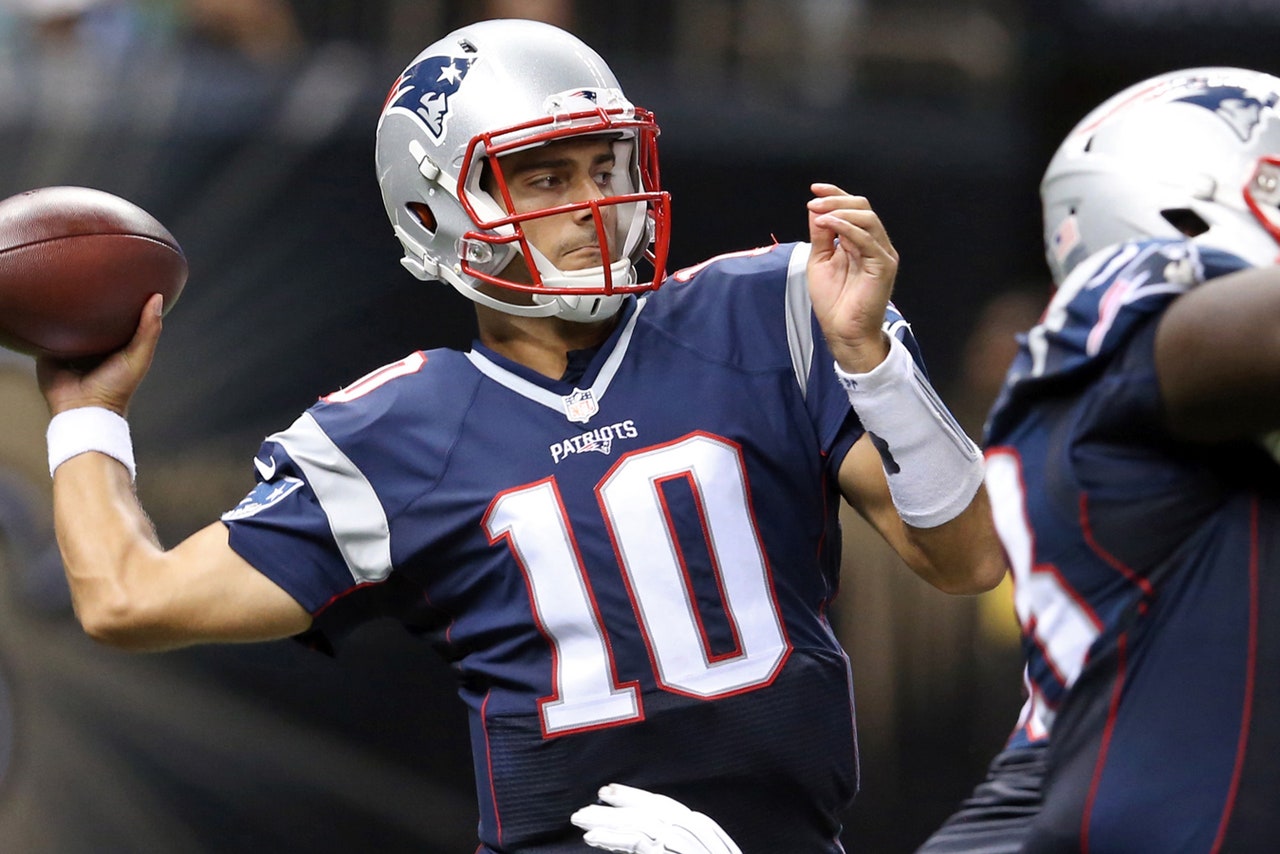 NEW ORLEANS — Saints receiver Brandin Cooks looks ready to fulfill the promise he showed as a rookie last season before smashing his hand on a helmet.

Cooks caught all four passes thrown his way for 117 yards, including a 45-yard touchdown from Drew Brees, and the New Orleans Saints raced to a 21-0 lead before the New England Patriots rallied for a 26-24 preseason victory Saturday night

''This offseason was definitely a hard offseason just because I worked my tail off to come back and be able to shock the world,'' said Cooks who raced past defensive back Duron Harmon for his touchdown catch on Brees' pinpoint deep pass. ''That's the ultimate plan.''

Brees, a healthy scratch last week when New Orleans (0-2) lost at Baltimore, was 8 of 10 for 159 yards and two TDs, the other going to veteran tight end Ben Watson. All three series led by Brees produced points, starting with Dustin Hopkins' 27-yard field goal.

After Tom Brady failed to move New England (1-1) for a first down on three series, backup Jimmy Garoppolo led five scoring drives, starting with his scramble and 24-yard scoring pass to Chris Harper.

After leading the offense to only one first down in New England's preseason opening loss to Green Bay, Brady appeared to find his rhythm earlier this week in joint practices with the Saints, often picking apart New Orleans' defense.

That abruptly ended in the Superdome, where Brady went 2 for 5 for 13 yards. In two preseason appearances, Brady is 3 for 9 for 23 yards in five series.

Garoppolo finished 28 of 33 for 269 yards and one touchdown. He was also intercepted by Pierre Warren, who returned the ball 33 yards to the Patriots 15. But the Saints, with rookie quarterback Garrett Grayson in the game, settled for a short field goal and a 24-21 lead.

Garoppolo then returned to drive New England for a pair of field goals, starting with Stephen Gostkowsi's 36-yarder, followed by his winner from 35 yards with 14 seconds left.

''He threw the ball pretty accurately. A lot different than last week,'' Patriots coach Bill Belichick said of Garoppolo. ''There really wasn't a lot of pressure on the quarterback tonight and that's always a good thing for the passing game.''

Cooks, a 2014 first-round draft choice, missed the final six games of last season with a broken thumb. But he has come back strong this preseason. In New Orleans' exhibition opener, Cooks turned a short pass into a 28-yard score.

''I feel responsible when I step foot in this (locker room) door to be able to dominate,'' Cooks said. ''I like to have that on my shoulders.''

Cooks spent his offseason working out in San Diego with Brees, who sounds like he admires the young receiver's approach.

''He obviously can do a lot of great things,'' Brees said. ''With the complement of all the guys that we have, we like to think we're giving defenses a lot to worry about.''

The Saints led 21-0 after tight end Josh Hill's 6-yard catch from backup QB Luke McCown. New Orleans might have led by more if not for three failed 2-point tries, one on a run by Khiry Robinson, the others on incomplete passes intended for Marques Colton and Brandon Coleman.

New England, meanwhile, could have tied it at 21 on James White's 3-yard TD run, but also could not convert a 2-point try on a pass for Jonathan Krause.

Patriots star tight end Rob Gronkowski suited up but did not play, further limiting receiving options for a team already playing without Brandon LaFell and Julian Edelman. That may have contributed to Brady's struggles. Harper finished as New England's leading receiver with five catches for 69 yards, while Brandon Gibson added eight catches for 68 yards.