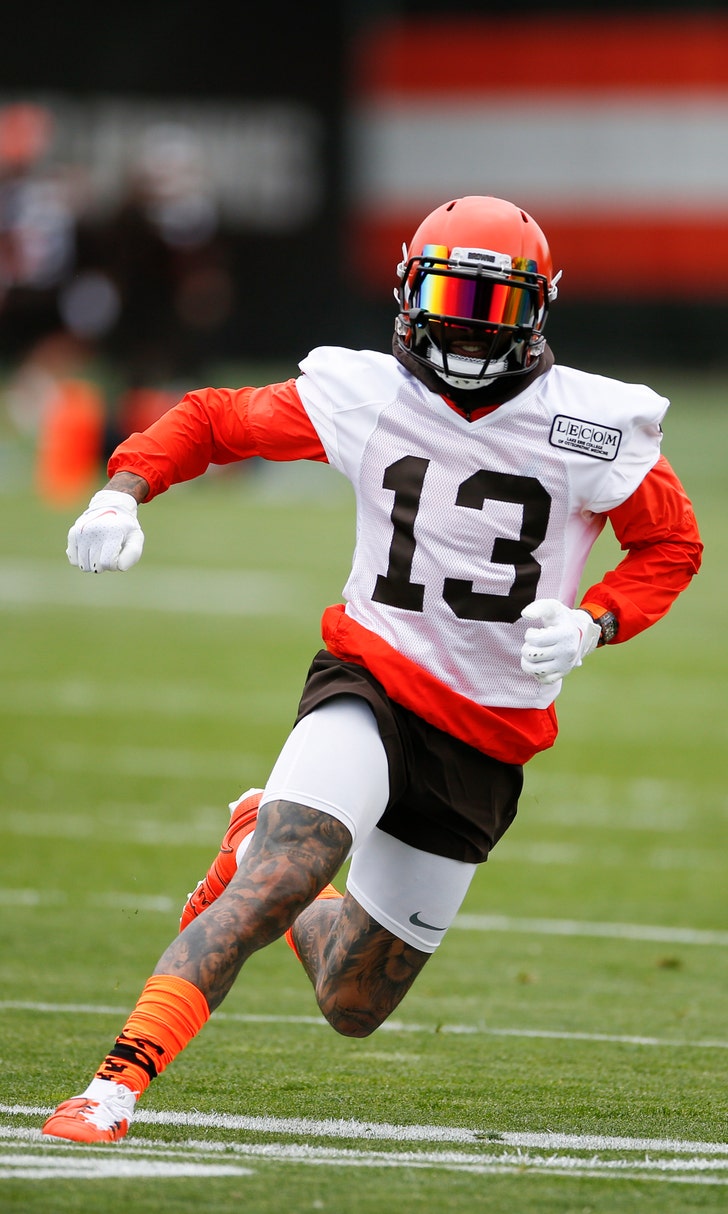 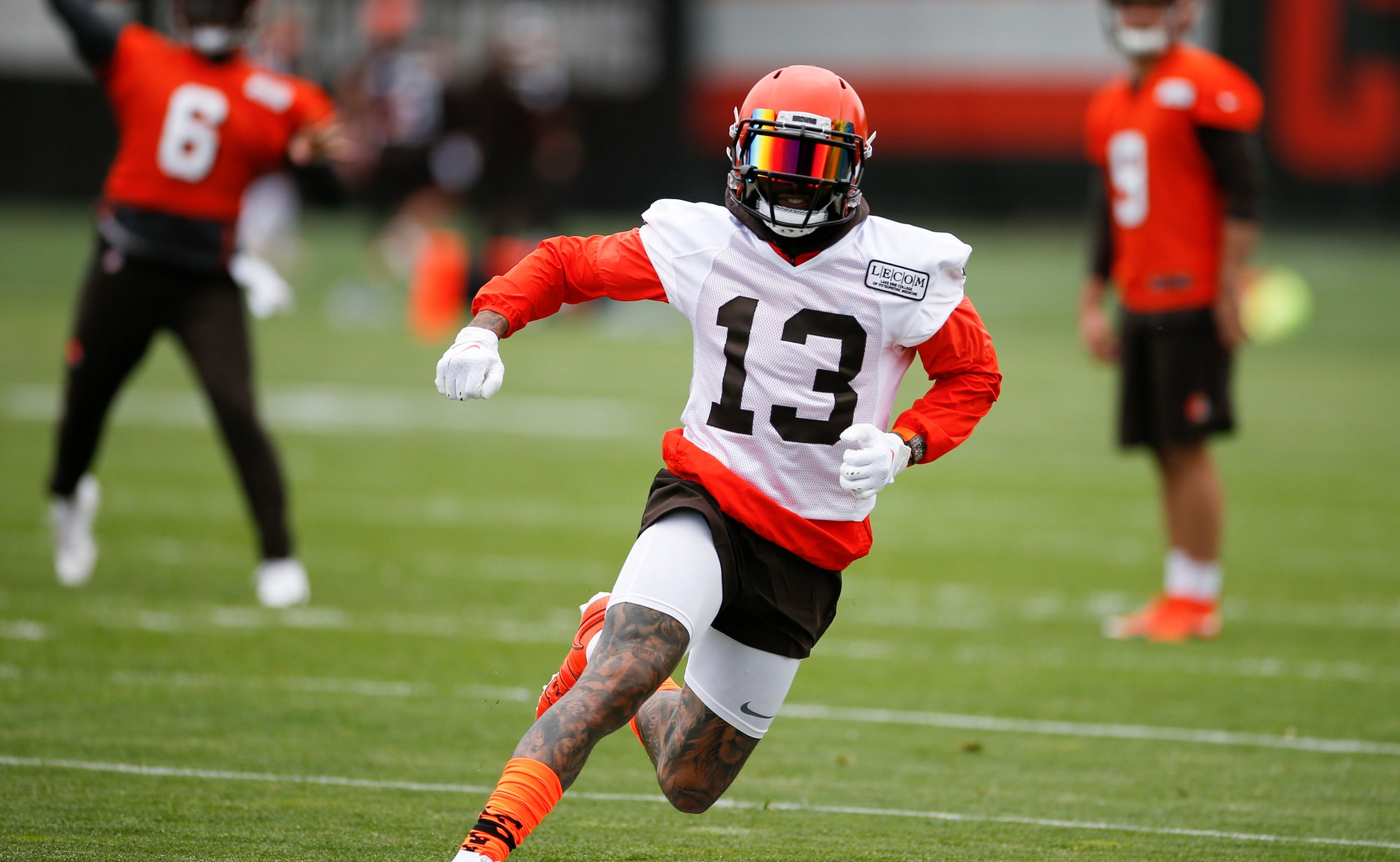 Beckham back on field with Browns' offense after hip issue

With Cleveland's season opener on Sept. 8 against Tennessee quickly approaching, Beckham, who has been slowed by a hip injury, returned to team drills during practice on Monday for the first time in nearly three weeks.

Before the morning workout, the three-time Pro Bowler had not been on the field with quarterback Baker Mayfield, Jarvis Landry and the rest of the starting offense since Aug. 6.

Beckham had been taking part only in individual drills while dealing with the hip issue, which the Browns have insisted was nothing too serious.

The 26-year-old made sharp cuts, ran at full speed and made several catches during 11 on 11 drills. He also did extra work in the red zone on the side with Mayfield as they try to establish chemistry to make up for lost time.

Beckham didn't play in any of Cleveland's first three exhibition games, and the star won't play Thursday night when the Browns conclude the preseason at home against Detroit.

Beckham has been in catch-up mode almost from March, when the Browns acquired him from the New York Giants in a blockbuster trade. He skipped most of Cleveland's voluntary offseason workouts and the extra minicamp while he processed moving to a new team and city.

Kitchens believes Beckham and Mayfield are connecting, and there's no need to force them to do more even though season will start in less than two weeks.

"They've been working through the whole camp as it is," Kitchens said. "Just because he wasn't in team drills doesn't mean they weren't working. It's fairly easy, you learn where to line up, learn what to do, learn the depth and the area you're supposed to be in, and you've got it just about figured out. I think he's a smart guy and he's coming along."

Kitchens said the Browns will continue to bring Beckham along slowly.

"At the end of the day, it's exactly what I said: it's knowing where to line up, where to be, getting to your depth and then catching the ball. After that, you get the ball in his hands and see what he can do."

NOTES: TE David Njoku took part in team drills after missing last week because he had stitches in his head. ... Cleveland's defensive line is loaded with stars, the biggest being end Myles Garrett. But Devaroe Lawrence, whose competing for a backup spot, isn't worried that he won't getting playing time. "They're good players, but they run out of oxygen, too," he said, smiling. "They're going to get tired, so when they tap on that helmet, I'm gone." ... WR Braxton Miller, who was signed last week, worked in the slot with Cleveland's first-team offense. The former Ohio State quarterback also was a gunner on punt coverage. He's expected to play a lot on Thursday, when he'll get a chance to show he belongs on the roster. ... Mayfield was just 10 of 16 in Friday's loss at Tampa Bay and Kitchens said his young QB "wasn't the sharpest tool in the shed" but there were other factors that played into his uncharacteristic inaccuracy.