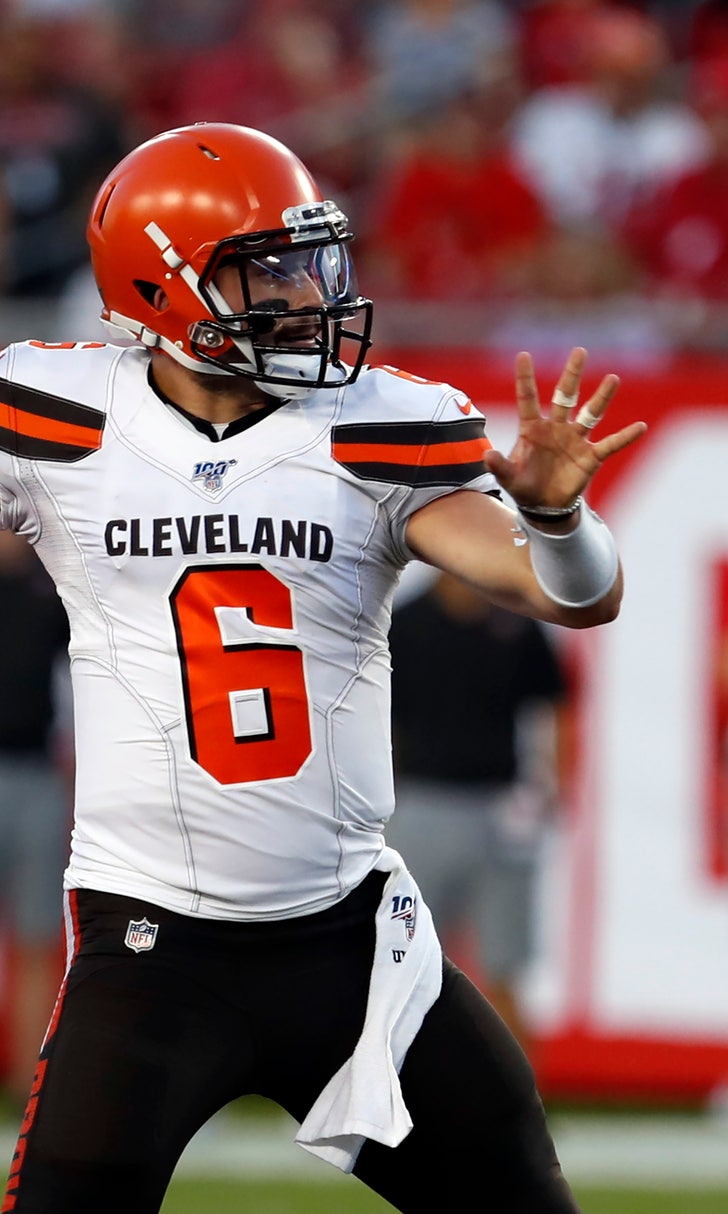 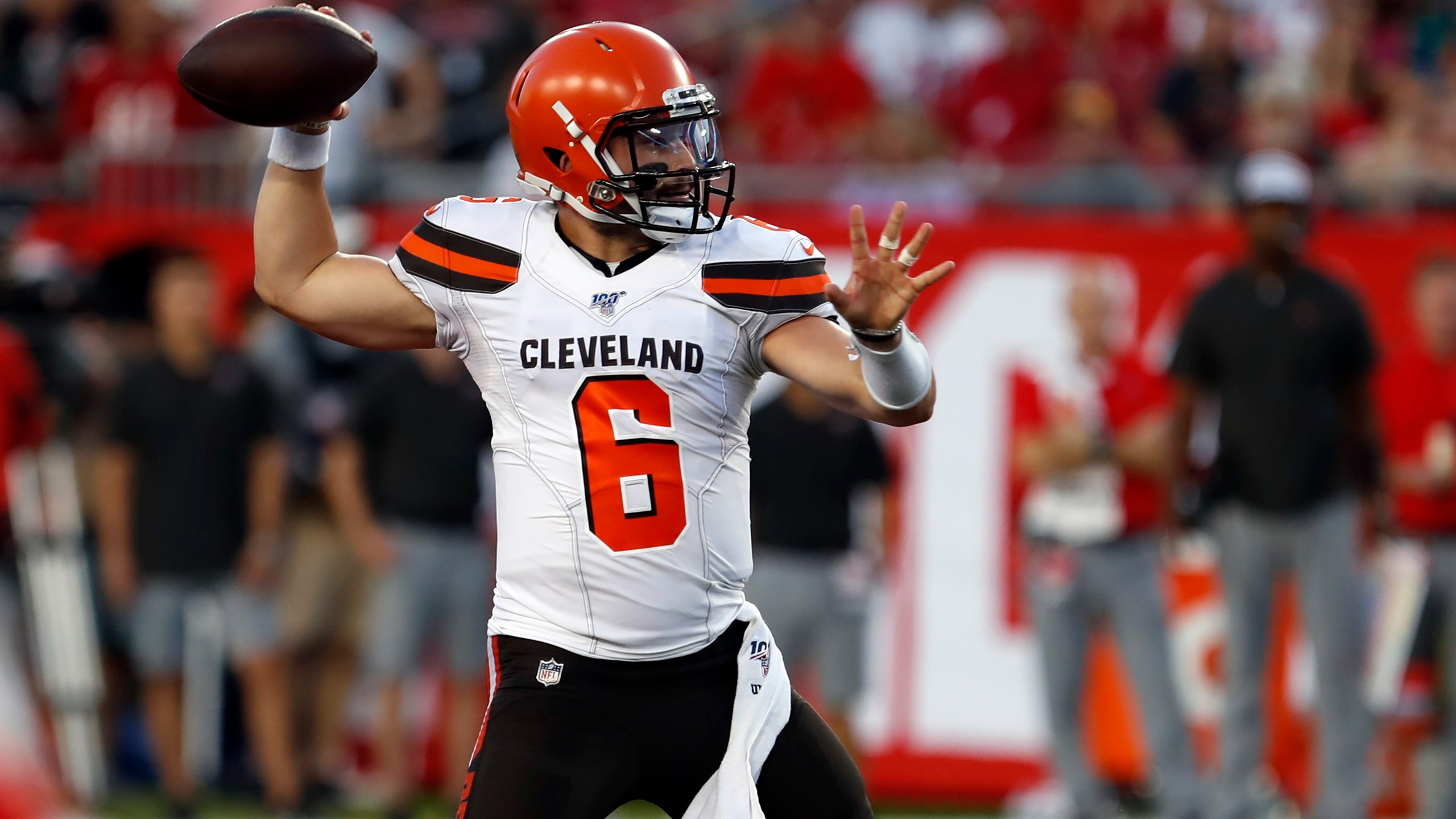 Baker, Browns don't live up to hype in clunker vs Bucs

CLEVELAND (AP) — For one night, the hype around the Browns seemed hilarious.

They didn't look anything close to being Super Bowl contenders in their third exhibition game, the one many teams view as the final tuneup for the regular season.

Baker Mayfield was strangely inaccurate and Cleveland's offense, which was missing star receiver Odell Beckham Jr., Jarvis Landry and running back Nick Chubb, was inept for long stretches in a 13-12 loss to the Tampa Bay Buccaneers on Friday night.

Capping off a week which included them gracing Sports Illustrated's football preview issue cover, a feature piece in Time Magazine, Mayfield's curious comments about Giants rookie quarterback Daniel Jones and then mea culpa, and Beckham revisiting his departure from New York in yet another article, the Browns put on a putrid overall performance that left first-year coach Freddie Kitchens searching for answers.

"I do not know what the disconnect was," he said. " ... there was not one area that I thought was very good offensively."

Kitchens was particularly bothered by mistakes he feels shouldn't be happening this late in the summer.

"There were a couple of instances of just not running routes the way we are supposed to," he said Saturday on a conference call. "If we are on rhythm in routes, they have to be in rhythm, they have to be at the proper depth and the ball has to come out on time or you do not really have a play. There were several instances last night where we did not get to where we were supposed to get to.

"Our protection was just a little off. We were on the edge of some people and not down the middle of them. It was just a recipe for disaster all the way around."

The Browns have time to iron out their problems, but each day brings them a little closer to the Sept. 8 opener against Tennessee.

Mayfield was not his pinpoint self against the Bucs, completing 10 of 26 for 72 yards and an interception.

Granted, he didn't have Beckham or Landry, neither of whom has played this preseason while dealing with injury issues the team claims are minor, but Mayfield needs to build chemistry with his top two targets and he's running out of time.

"I do not think Baker played as well as he would have liked to have played nor how I would have liked him to play," Kitchens said. "Just like we have said before, he has to try and get better, too, each and every day."

The Browns have been tabbed as the NFL's "IT" team in 2019, a stunning rise for an organization just two years removed from 0-16.

The attention and demands are relentless, but Kitchens remains confident his players can block out any external noise boosting expectations.

He's warned the Browns not to get caught up in outside opinions.

"You just try to educate them," he said. "You try to make them realize that anybody that is creating that noise is not going to have an impact on our season for the good or the bad because it doesn't matter. They are not sitting in the meeting rooms. They are not walking between the white lines. Everything (the players) do does matter.

"Anything outside of what they are supposed to be doing at the current time if they let that inside in any way, it is a detriment to our team. I think our guys will do a good job of understanding what is important, understanding what doesn't matter and then just playing their best."

Right now, the Browns need to focus on getting better.

NOTES: Kitchens was pleased with rookie K Austin Seibert's 4 for 4 performance on field goals, but said the competition between the fifth-round pick and incumbent Greg Joseph is not over. Joseph will handle the kicking in Thursday's preseason finale against the Bears. ... It appears Eric Kush has won the starting job at right guard. Kitchens didn't make it official, but reiterated Kush has been with the first team for several weeks. "If we had to play a game today, Eric would be our right guard," he said.